Asbjørn has shared a new video for his single “Brotherhood” which is set to feature on his second album collection Pseudo Visions being released on February 1st, Pseudo Visions will be the follow up to 2012’s Sunk Ships. The video was directed by the Copenhagen videographer duo Powerclap and follows a story where “Brotherhood” is chapter one in a string of videos still to come. 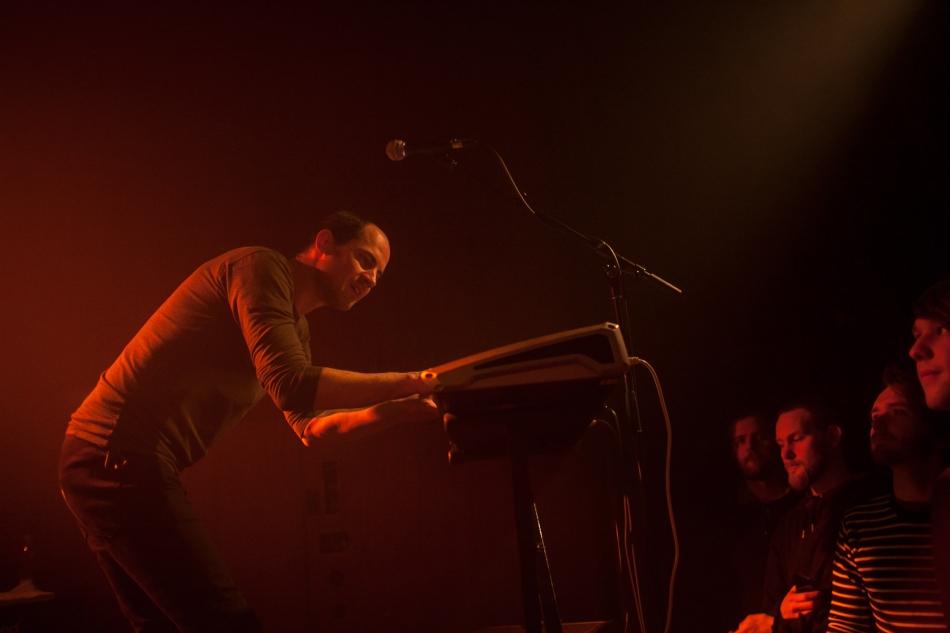 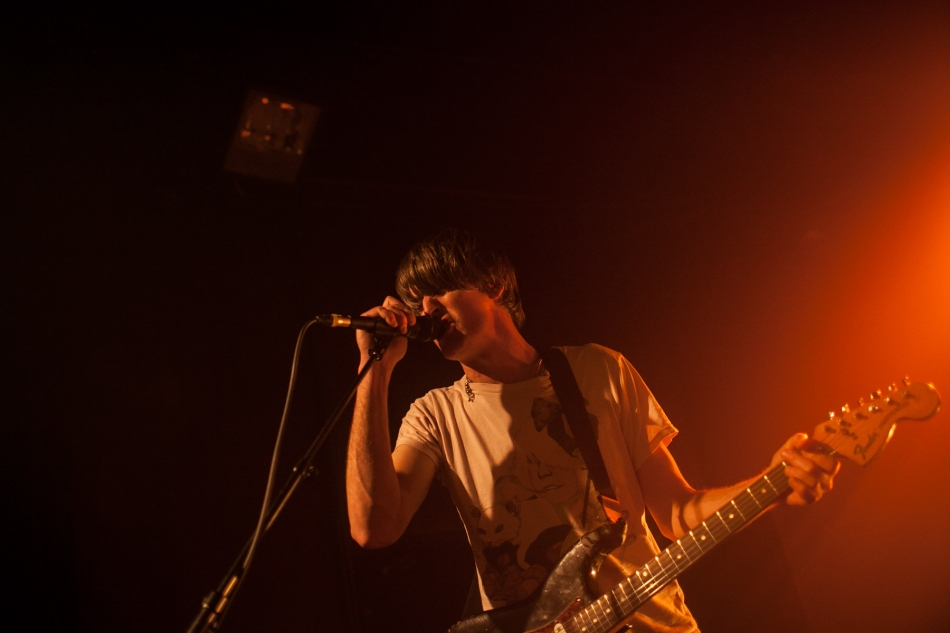 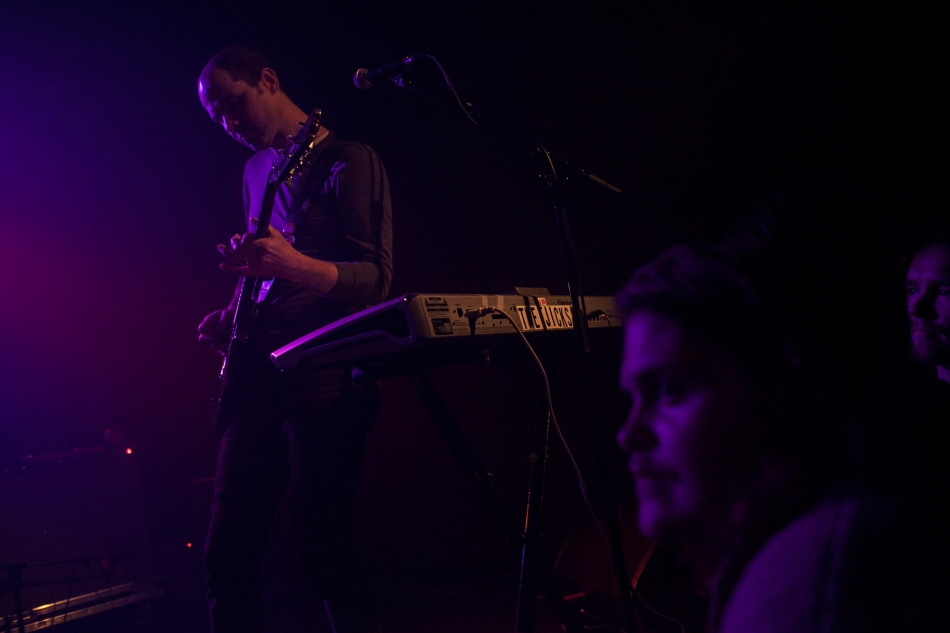 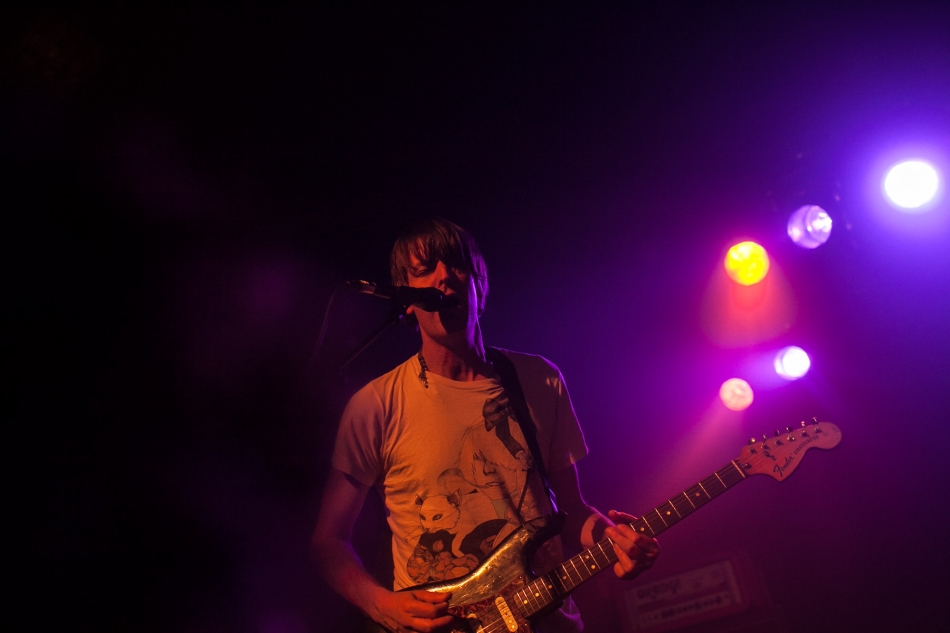 The demographic of the crowd for Stephen Malkmus and the Jicks at Lille Vega is striking: the

After the doldrums of January, Copenhagen’s music scene comes back to life in February, and the FROST Festival is a notable contributor. Now in its fourth year, FROST brings Danish and international bands to conventional and unconventional venues around Copenhagen for concerts. Running from 1 February until 2 March, the festival aims to span genres and settings.

“FROST is all about putting the live music experience in context,” says festival director Mikael Pass. “We put a lot of effort into scouting for interesting, alternative venues across the city and match them with the artists we wish to present. This way the atmosphere of the room and the music blends, hopefully taking the concert experience to a different level. This year, a lot of the events take place in venues connected with water – an abandoned swimming pool, an old aquarium, ice rinks. Don’t ask me why.”

Though the water theme of many of the settings may be a coincidence, FROST’s organizers have a set of criteria they look for in their alternative venues.

“A perfect FROST-venue needs to hold a strong story telling atmosphere. It should work as the perfect backdrop for a concert,” says Pass. “At the same time it needs to fulfill the basic requirements – electricity, toilets and, of course, an acoustic that won’t destroy the concert experience. Then we look for a band that can fill the room and reflect its ambience. Sometimes we settle on the band first and then look for a perfect venue for them. The band becomes the soundtrack to the room and the room becomes the backdrop to the music.”

Though Pass is obviously excited to see all of the bands performing, he admits to being particularly excited about a few.

“Mostly I’m curious to see how the matches between the bands and venues pan out,” he says.  “When Saints Go Machine at the old aquarium, Erlend Øye at the bottom of an empty pool, The Mountains and Turboweekend in the beautiful and historic Brew House of King Christian IV.  And I can’t wait for Moonface to sing his insanely beautiful songs behind the piano in Koncertkirken.”

Beyond the offbeat venues, the city of Copenhagen itself — especially as it stands in February — is crucial to the concept of FROST. And don’t be surprised if future editions of the festival necessitate keeping your mittens on.

“We find it very interesting to explore the possibilities in creating music events in the winter city – not only indoors, but also to get people to use the outdoor spaces of Copenhagen during the winter,” says Pass. “This year, we produce shows at two public ice rinks and hopefully we can develop more outdoor activities in the future. Another goal is to do more light installations both at our venues and across the city to light up the dark Copenhagen winter,” says Pass.

One can see how Pass can be optimistic. Almost half of this year’s FROST events have sold out before the festival has even begun, and its reputation continues to grow.

“We get the feeling that we have become an established part of the Danish (and international) music scene. This makes it easier to discuss projects with both artists and the people running the alternative spaces,” he says. “However, we don’t make things easy on ourselves: Creating one-off events in alternative spaces takes a lot of time, money, networking and energy. And it’s a very open format; every edition of the festival has been a completely different story. FROST is like the bumble-bee that wasn’t designed to fly, but so far has managed to do so anyway.”

Sitting in the courtyard on Nørre Allé between Union and Alice on a sunny Saturday is a
A Winged Victory For The Sullen played their first-ever Copenhagen show at Koncertkirken as part of the
Exciting new music hitting our inbox this Monday morning, Shadow Age, the moniker for Copenhagen based producer Benjamin

Like their big brothers, Iceage and Lower, Communions are squarely based among the Mayhem set, where waistbands are high, haircuts sharp, and screamed vocals drenched in reverb. The young quartet has gained attention by melding the typical hardcore/goth hybrid of the likes of Iceage with surf-rock melodies and one-note guitar riffs. Today, marks the release of their first EP, Cobblestones, naturally released by Posh Isolation. The title track features the band at their catchiest, and “Children” sees a battle between some jaded vocal drawls and a very involved drum kit thrust far back in the mix.

For those who didn’t manage to get their hands on a copy of Dokument #1, the 500 or so copies of Cobblestones provide a rare chance to access a band that has so far shunned any kind of online presence.

Sitting in the courtyard on Nørre Allé between Union and Alice on a sunny Saturday is a
We should probably know when we look over five songs into the Twilight Sad’s set at Lille
It’s 30 years since the Wedding Present released Bizarro, and this low-key anniversary is what brings the 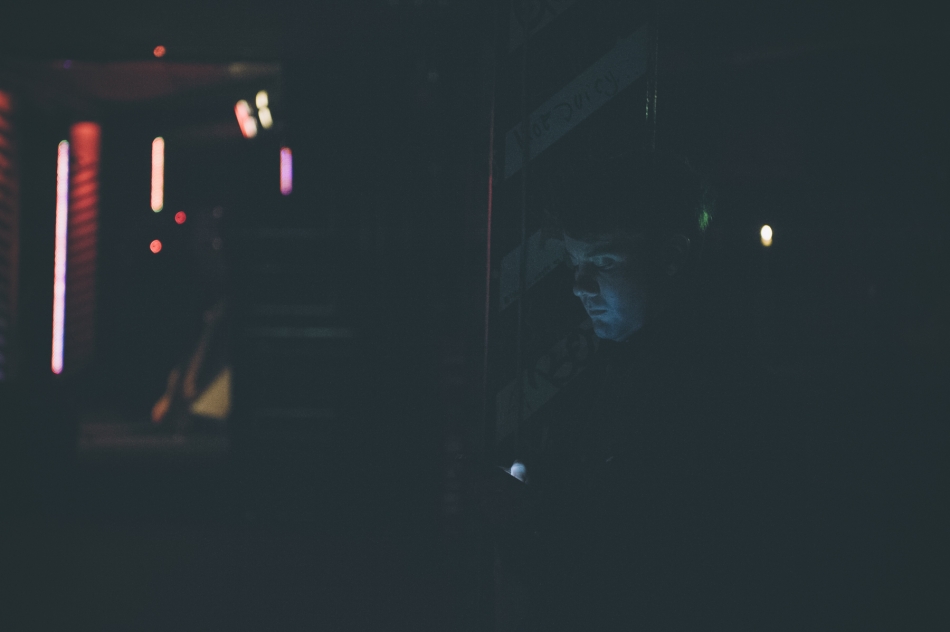 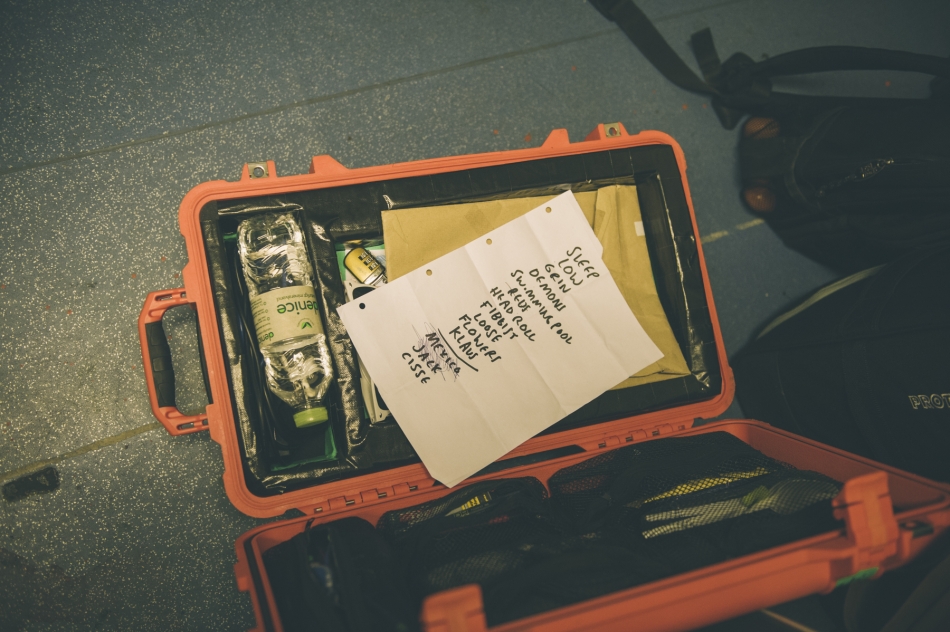 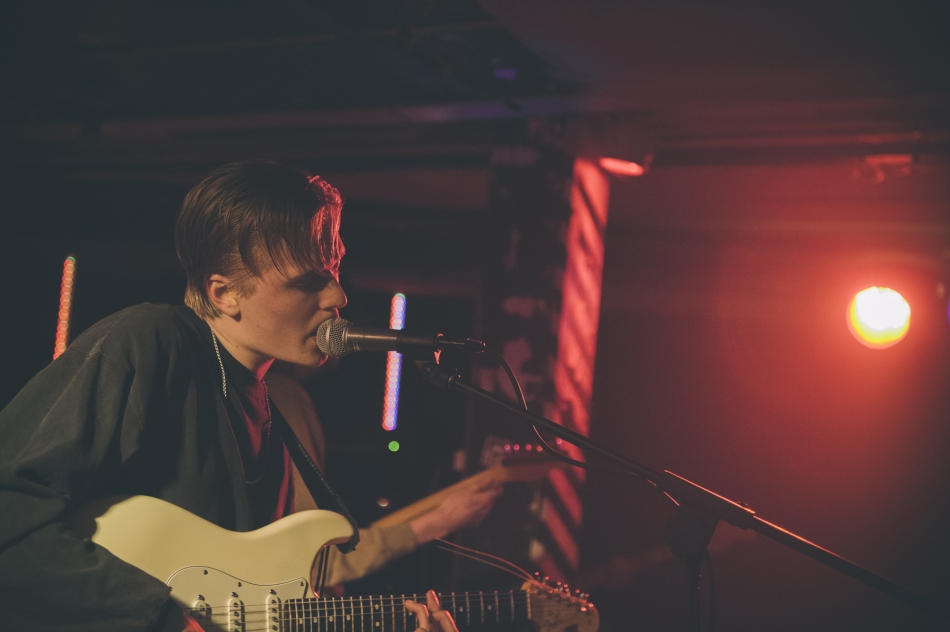 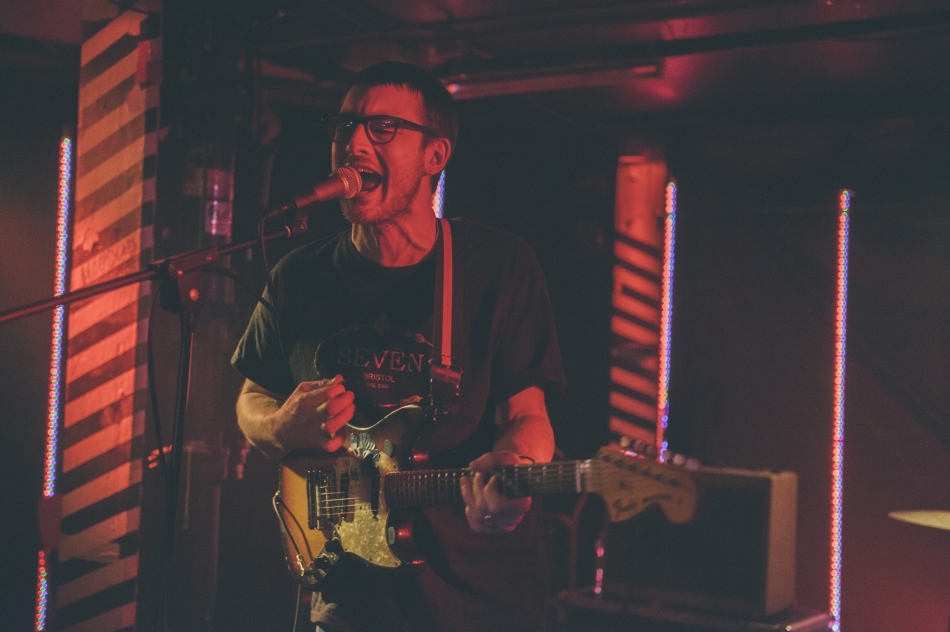 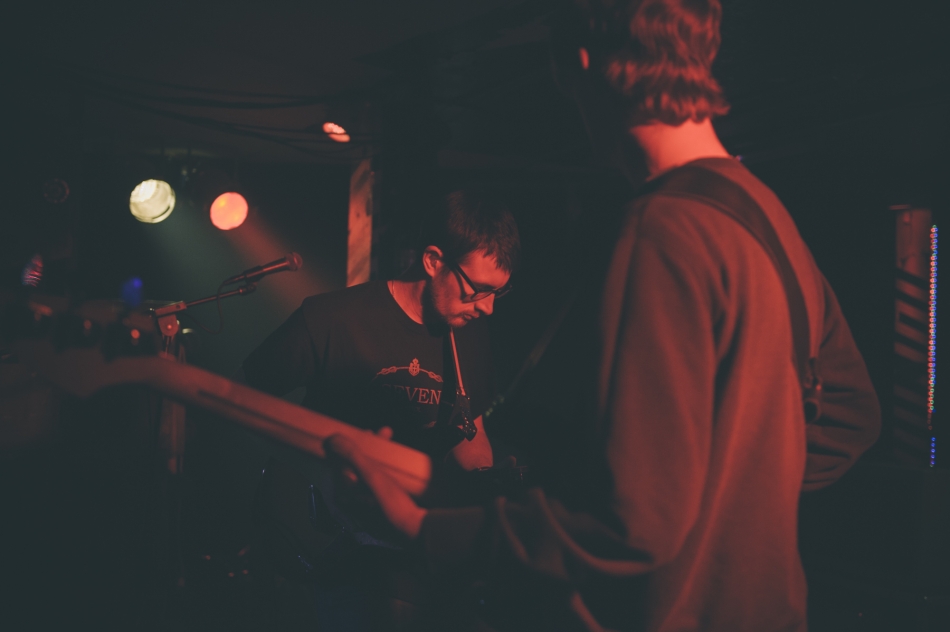 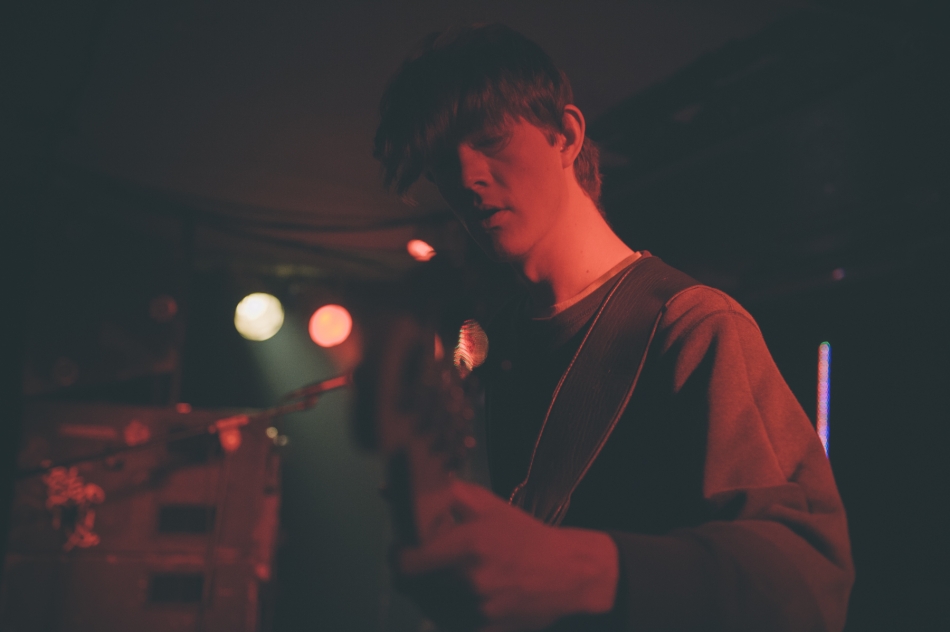 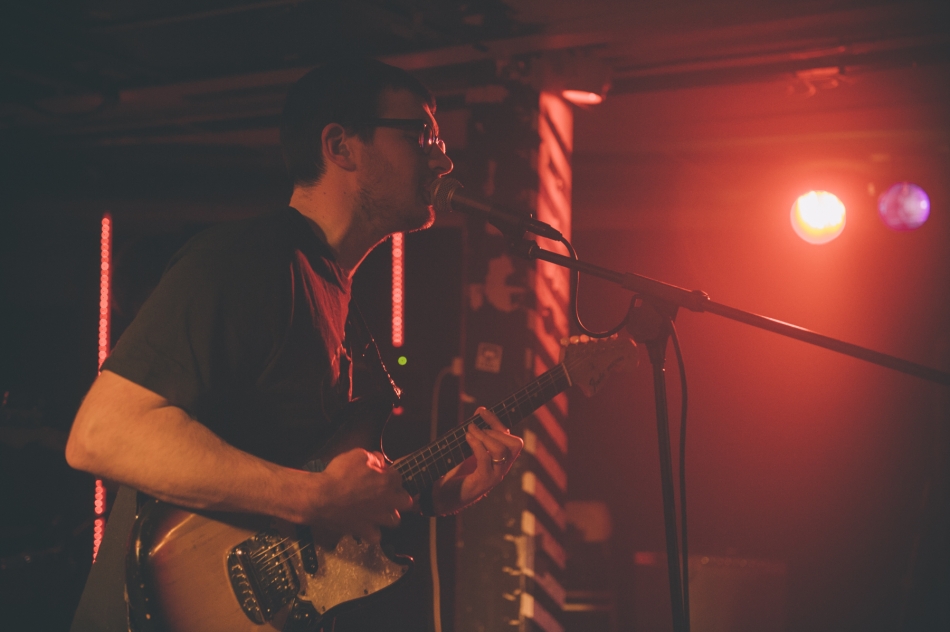 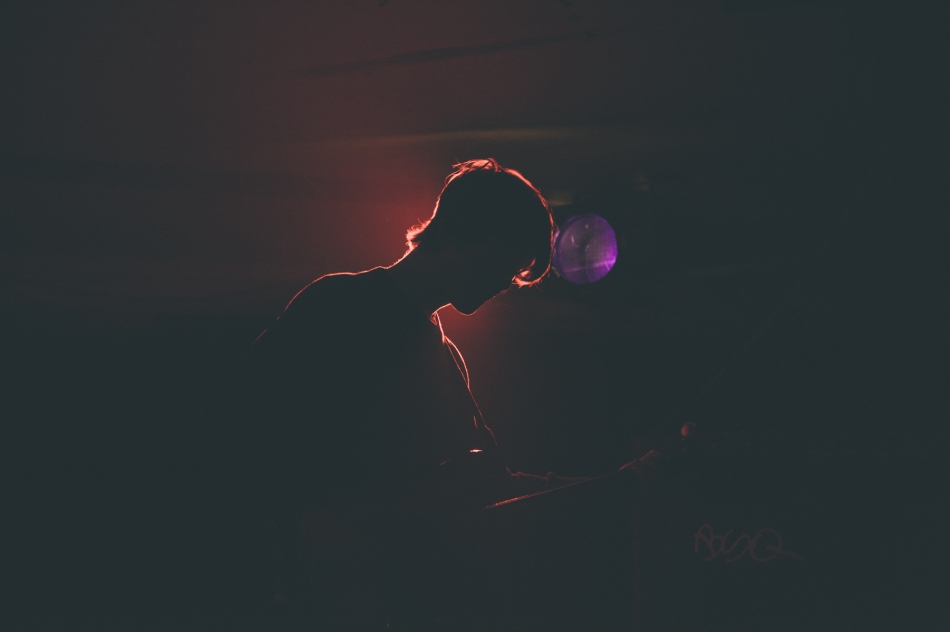 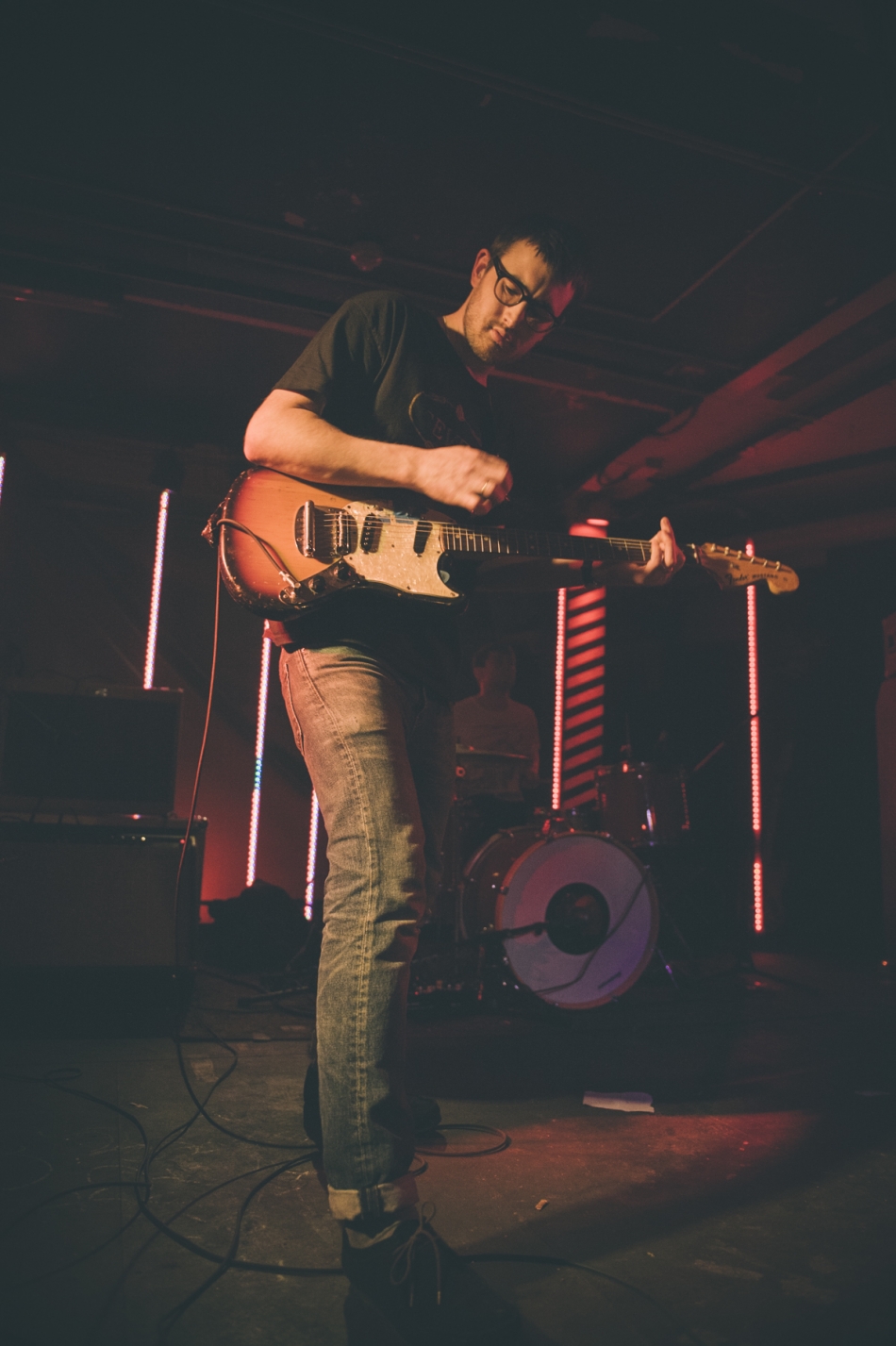 A couple weeks ago MØ aired her new single “Don’t Wanna Dance” on Zane Lowe’s BBC Radio 1 show, today she’s shared the visual side for the single. The video see’s Karen Marie Ørsted and friends dancing around in a scrapyard to some carefully choreographed moves that allow for the scrapyards staff to also join in. MØ will release her debut album No Mythologies To Follow February 24th on Sony Records.

Norwegian producer Todd Terje has released details of a full length debut album. His debut album has been a long time coming after a string of EP and single releases, his debut entitled It’s Album Time is set to be released on Olsen Records (7th April). 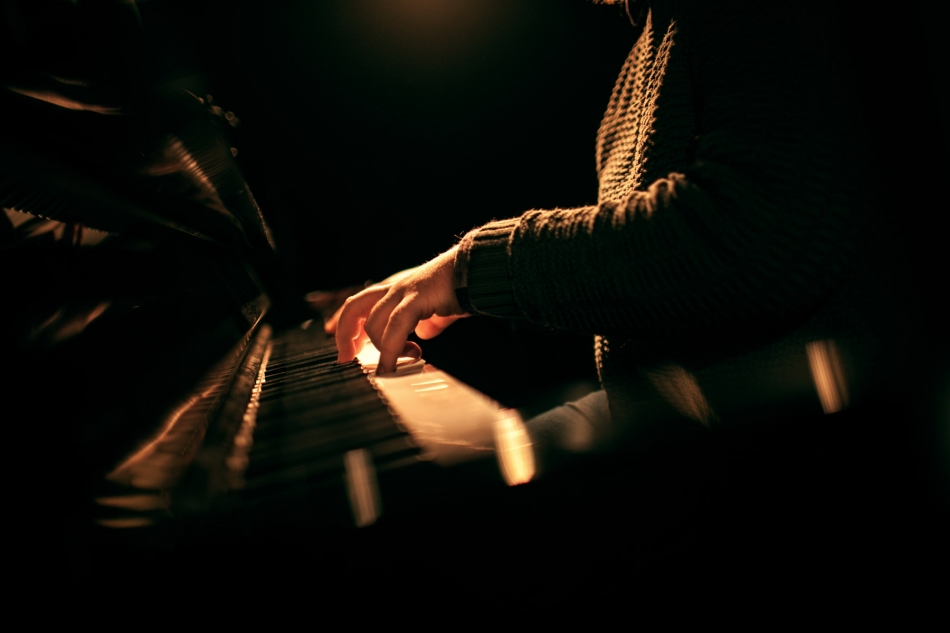 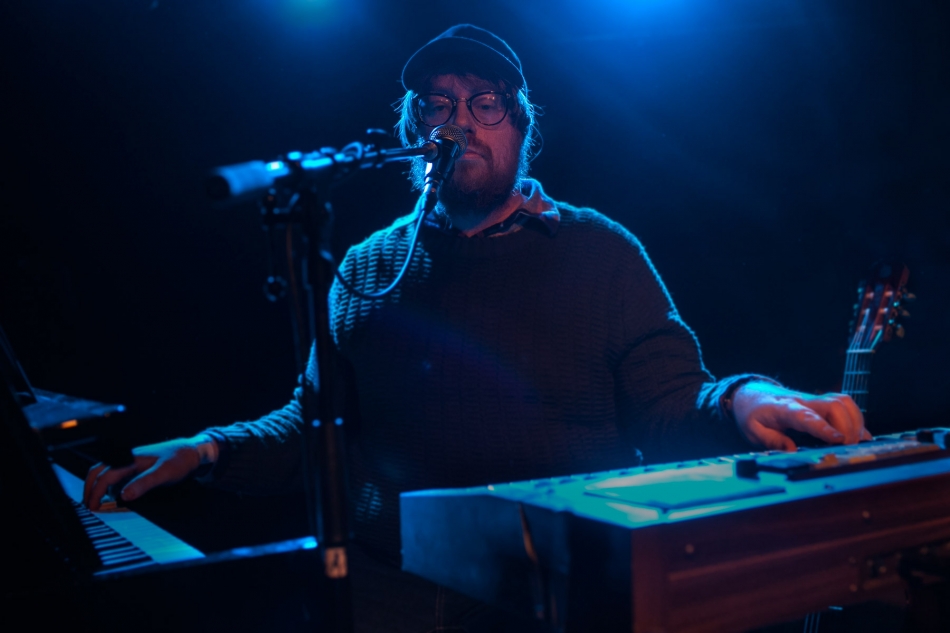 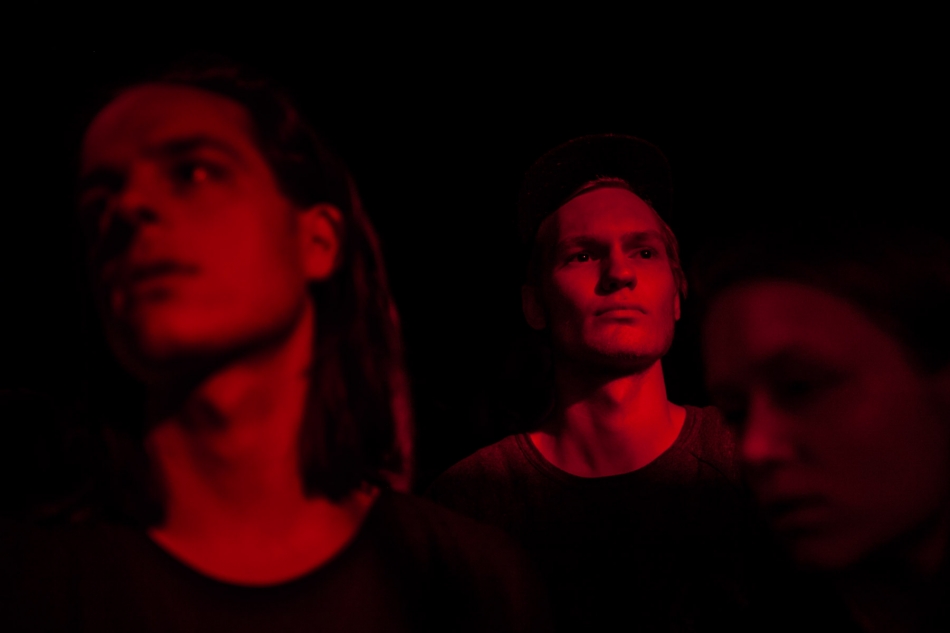 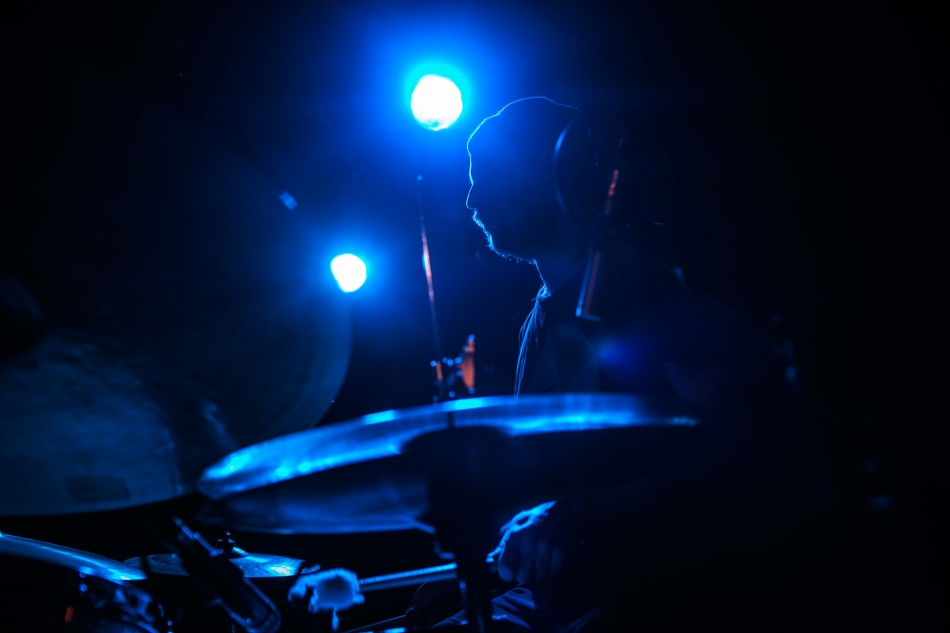 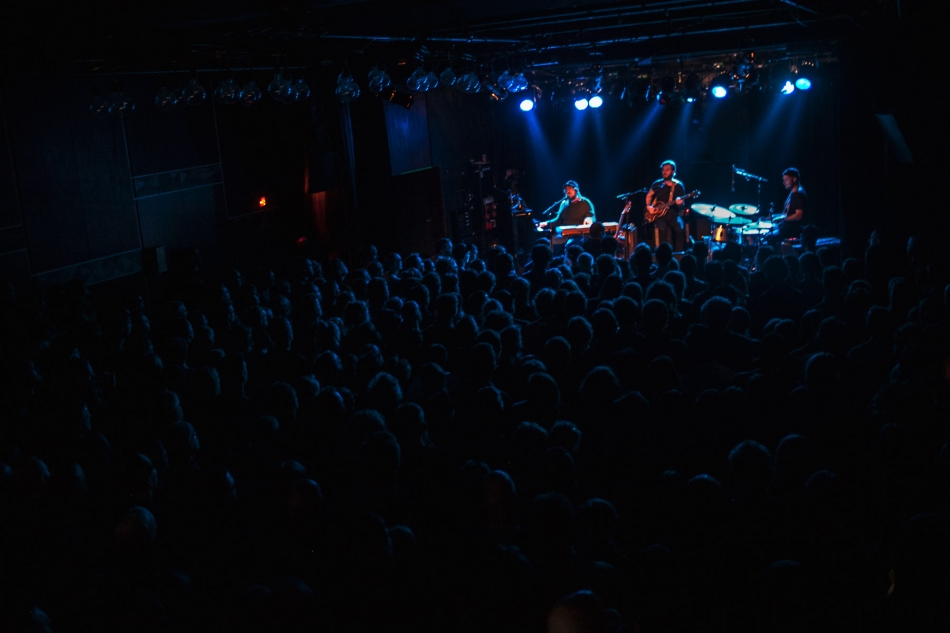