This year’s SPOT Festival in Aarhus showcased an interesting variety of artists and speakers that brought together music lovers from all walks of life. Bands, artists, DJs from various parts of Scandinavia performed all around Aarhus’s downtown in an environment of willful friendships and music appreciation all around.

Godsbanen was where the underrated Rock the Region took place. This showcase of bands from around Denmark was the perfect experience for rock-lovers. Facaden from Silkeborg; Ryan from Holstebro; King Kross from Horsens; We Need Lilo from Herning; Rasmus Trinderup from Skive and You Work For Me Now from Aarhus; all gave a stellar performance and provided the audience with a great mix of indie pop and rock, Nordic folk and hip-hop with rock which was the best way to experience the variety that local music has to offer.

The show started with Facaden and their rock/hip-hop mash up seemed to get the crowd ruffled up as they raised their arms and sang along. It was electrifying to see the fans connect with the vocalist, almost as though they were all part of the band. Facaden’s energy was highly addictive and set the tone for the rest of the concert.

Up next was Ryan, a rather mellow, indie-rock, follow-up to Facaden but intriguing nonetheless. At one point, I felt still — almost in awe — as they played their song ‘I Am Done’. It was a very moving performance with impeccable harmonies that leave you feeling like the band’s music is perpetually tugging at your heart strings.

King Kross hit the stage after Ryan. Their sound can be vaguely described as droning electronic keys and prominent drum beats meshing into deep vocals and guitars, reminiscent of an 80s post-punk sound. It was almost entrancing, making you want to close your eyes and sway.

We Need Lilo’s performance was mind-blowing. The booming drums and catchy electric guitars complimented their frontwoman’s grungy vocals really well made me feel the music on a physical level. It was exciting to the see the band’s brilliant chemistry on stage. It was difficult not to genuinely feel happy about this band’s existence, and surprising almost, to see just a room full of people in the audience. I can understand why the band is called We Need Lilo, because it leaves you saying I need more.

Up next was Rasmus Trinderup, a saccharine break from the previous heavy rocking. Rasmus’ performance was adorable, to say the least. The musician was all smiles on stage and his fans were rooting for him throughout the performance. The catchy ‘ooh-oohs’ stay with you, but a little strange to have him in the middle of this Rock The Region line-up as his sound had a bit of a pop vibe going. That being said, Rasmus kept the crowd captivated and moving along to his tunes.

The last band for the night was You Work For Me Now. It’s interesting how musicians’ can impact concert-goers. It was in fact reading this band’s name on a poster that motivated me to attend this show. Their song, ‘The One That Got Away’ was like a healing force for the broken hearted. There was something very naturally emotive about the way the lead singer conveyed the songs. One would feel drawn towards him as he sang. It was as though they took you by the hand and pull you into their world. One would think this band deserves an outdoor stage with a larger audience rocking out to their sound. Maybe next time?

At face value, daylight seems like the wrong setting for electronic music. When you come to associate
Torres isn’t a newcomer, but like many artists playing in Denmark for the first time, she’s amazed
Photos by Amanda Farah It’s been close to a whole three years since the last time we 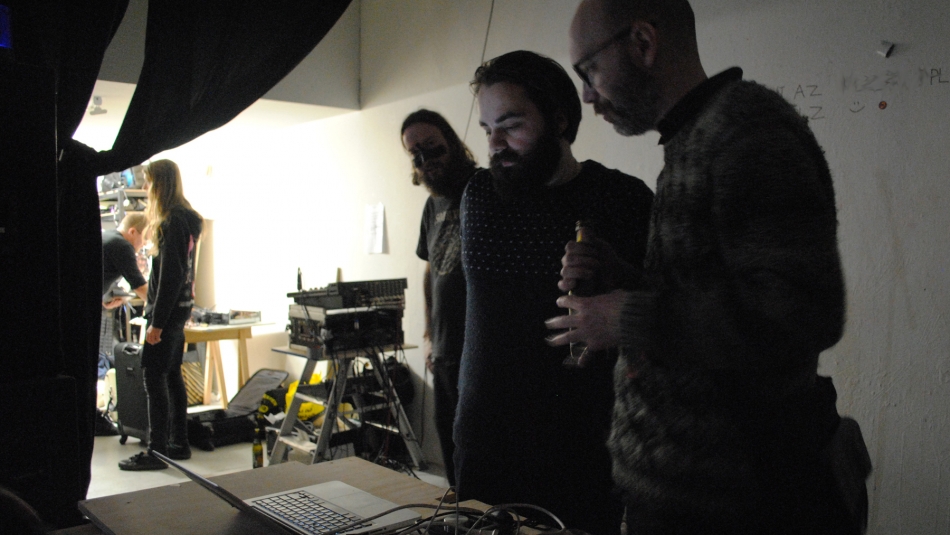