I sat down with Ed and Russell, respectively drummer and bassist in Editors, on the first night of their new tour. When I wasn’t trying to explain the plot of This is Spinal Tap to them, we chatted about their latest album, The Weight of Your Love, as well as lineup changes and football anthems.

Hi guys, so how are you keeping sane on tour?

Ed: It’s just about getting rolling when you’re on tour, so you know the routine: you know exactly what time soundcheck is, interviews, dinner. You have to have some order in your life, you know.

Russell:  Each city is varies, but we try to head to a park each morning for a run, try and keep healthy. I went to one left and left from here, by the Carlsberg brewery.

You seem to know Copenhagen pretty well, but then it is your second time here this year.

R: Yeah, we were here really recently, at the Tivoli, which we just walked past. They had it all decked out for Halloween, which should be nice.

E: It was a bit strange, because it’s open both to those who have bought tickets and people who have the family tickets, so you get old grandparents with their children, poking their nose round to see what’s going on. But we had a great reaction, it was a really thought out thing to do, thoroughly enjoyable, like a fete.

I think we did our job really well, people stuck around for the end of it, that’s all you can ask for, isn’t it? 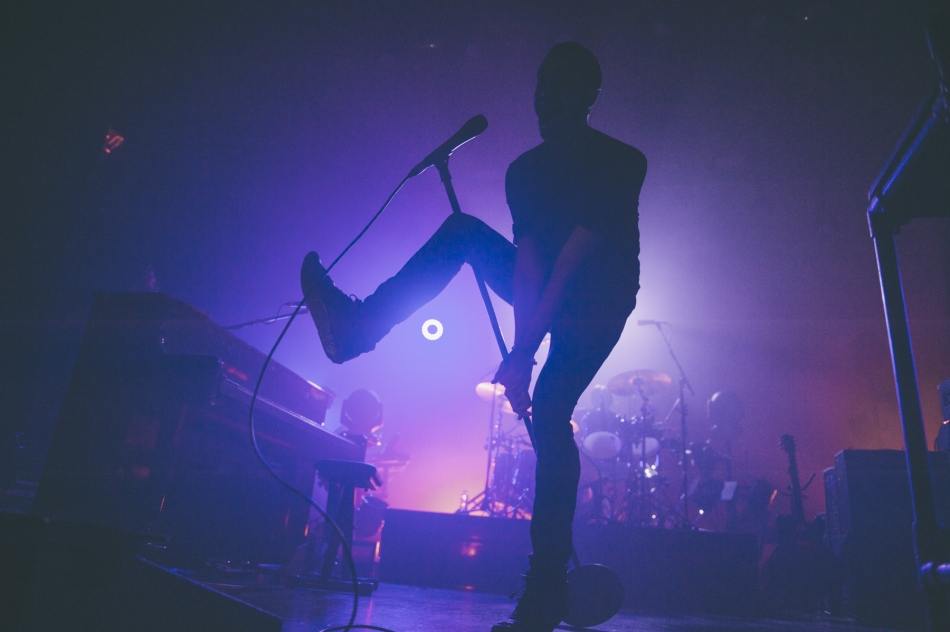 I heard Tom [singer] talking about the difference between the UK and Europe, do you think there’s a difference in mentality?

E: Definitely, there seems to be more an attitude of “oh, we like that band, lets see what they do next”, rather than “ok, so what’s new?” [In the uk] there seems to be such a hunger for what’s big. We were on the right end of it when we first came out, as one of the bands they were really pushing, and we built a career kind of on the back of that initial promotion. So we can’t hate it too much, though it’s quite distressing.

So how do you keep momentum?

E: We recorded the second album very quickly pretty much as soon as we got off tour we went into the studio. If you’re on a hot streak you have to keep on it. Then we slowed down a bit.

The original four of you were music technology students, did that influence your approach to music?

R: Not really, we all met because we wanted to do music, but the course wasn’t very good. It wasn’t what I thought it would be and it didn’t teach you much, glossed over a variety of things in the music and business world. It doesn’t teach you how to mix a record, or how to fix frequencies between a kick drum and a snare together.

E: [Playing live] you just develop, and you don’t notice it. I’ve noticed changes in Tom over the years, he’s coming out as a front man far more than he ever used to. He’s more of the focal point, when in the past he used to hide behind with the band a bit more. 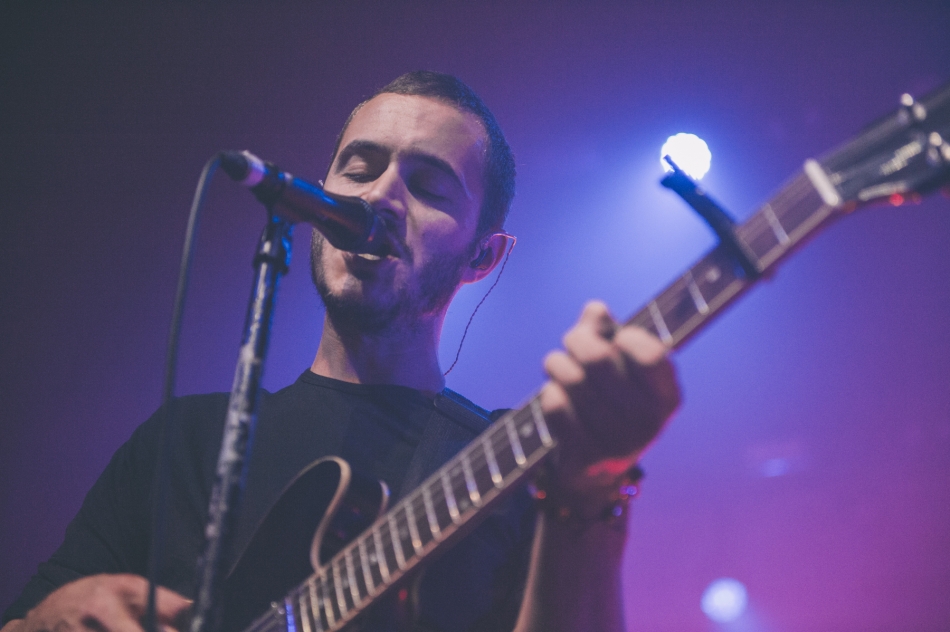 Has the new lineup changed your position in the band?

E: I would say that ever since the band changed we all felt we have more of a voice in how things are run and how songs are put together. It’s the most collaborative record we’ve ever made, I think me and Russell’s involvement is a lot greater than it had been on previous albums.

It’s quite a bass-lead album, isn’t it?

R: The mix on it is quite different from previous albums, which were a bit more chocked. I think this one lets the speakers do the work, there’s a lot more space in it. Obviously some fans might like that, might want it always noisy, but we get tired of that and move on.

R: Playing in a five-piece band, you have to know your place a lot more. You have to know where everything is going to sit and make sure they suit the songs.

E: We weren’t very good at talking about [song ideas] until about a year and half ago. We got into a situation where everyone knew things weren’t working, but no one wanted to talk about it. So to be able to speak freely in the band is refreshing. It’s probably something we did when we were just starting out, but as time goes on you get stuck in certain situations.

People like to compare you to certain bands from the 80s, are there influences of yours that might seem unexpected?

R: I don’t think we’ve referenced a band in a while, directly. We’ve all got big musical tastes and knowledge. We know about a lot of popular music. People think you’re limited because we like 80s bands like Echo and the Bunnymen and Joy division, but we have very broad taste. This record is quite different. It’s a bit out of time, I think all our records have been out of time. You listen to someone like Chvrches now, and I don’t really like her. I don’t like the production, the sound, so it’s not a route we would go down.

You’ve spoken about feeling quite liberated, but there’s a pattern in the song titles: “The Weight of Your Love”, “The Weight of the World”, “A Ton of Love”. So where does this heaviness come from?

E: We’ve always written songs about the dark side of life. And Tom has been far more ambiguous on previous album. Here he’s let his storytelling side out a bit more, talks about specific events. But even the good stuff is wrapped up in some sort of counter, some sadness or depth which you wouldn’t get in a happy song. It’s the way we like to write songs, it keeps us interested.

Do you have any lighthearted songs hidden away somewhere?

E: Yeah, “Back of the Net”, our football theme we made in rehearsals, about the time of the Euros last year. It might come out for the next World Cup.

You should, it could be the next “World in Motion” [New Order’s World Cup theme].

E: It wasn’t as cool as the New Order one…

In August 2013, 4 months after releasing his critically acclaimed second album Excavation,
So, it’s your first concert in Denmark, what do you expect from it?
The Hives, Store Vega, Copenhagen, 31.01.2013 (Photo by Tom Spray) The Men, Stengade,

In August 2013, 4 months after releasing
So, it’s your first concert in Denmark,