If you’ve ever thought the life of a touring musician must be glamorous, Natalie Prass will be happy to disabuse you of that notion. When we met up with her before her show at Lille Vega back in August, she sniffled through our interview thanks to allergies and a mold infestation on her tour bus.

Though clearly under the weather, she was quick to stress how happy she was to be playing in Copenhagen. “The last time we were going to play here, our airline was on strike. We missed our show. We were stuck in Dublin for 10 hours at the airport when we were touring with Ryan Adams.”

Though Prass didn’t make the show, the audience still got to hear her songs. “[Ryan] dressed in drag as me and played a whole set of my music. Ryan’s drummer is from Copenhagen, so he came out and told the whole story, so people weren’t like, ‘What?’”

Only two days into her latest European jaunt, she told us about life in Nashville, her plans for her new album, and a Simon & Garfunkel cover she’s really excited about.

Where in the US are you from?

I live in Richmond, Virginia, right now, but I lived in Nashville before I moved back to Richmond for eight and a half years. I haven’t really been to Richmond since I moved there. I moved there in January, I kind of feel like I don’t live anywhere.

Your music doesn’t have a Nashville vibe.

Oh thank you! That’s a compliment! What’s so funny, when I first recorded this record, I didn’t know what to do, just graduated college, bringing my record to a bunch of publishing companies. They were all like, “What are you doing in Nashville? You belong in New York. We can’t do anything with you.” Of course, some of them were like, “Would you want to write some country music?”

I was more into the underground scene in Nashville, which is now really thriving. I’ve always been a stay-in-my-room, do-my-own-thing kind of person anyway.

House shows are really big. My friend Laura had — it was called Little Hamilton — and she rented out this warehouse space in South Nashville where there’s nothing around there and her and her artist friends made rooms in the warehouse and held these big shows. That’s where Jeff the Brotherhood got their start. The houses have names and eventually that started to catch on. “I’m going to Little Danzig tonight,” and everybody knew what that was. That doesn’t really happen that much in Nashville, so that was special.

When I first moved there, I had no friends. I knew a couple people, but they were a little bit older than me. I played everywhere I could. I did a bunch of open mic nights and writers rounds. “I live in this city and I want to play music, what do I do?” I just did everything I could for a while until I got some traction. But it took a while, because I was in college, too.

How does Richmond compare?

There’s not really a reason to go to Richmond. You can go to the capitol. But it’s really diverse. We’ve got VCU there, so there’s a lot of artists, lot of public murals. Nashville didn’t have any of that. It’s kind of starting to happen in East Nashville, which is the cool part of Nashville, but Richmond has a great jazz music scene. It’s just really different. There’s no industry there, so if you’re a creative person you don’t have that hanging over your head.

You’ve been on tour a lot this year.

Yeah, it’s been crazy. I was in Jenny Lewis’s band right before this. She’s still touring on The Voyager record she released, but we toured before the record was released, playing all the songs, getting in the groove for that release. Then toured up until Christmas time, then the record came out late January. That Jimmy Kimmel Show, I was like, “Yeah, just book my ticket to Richmond.” So I just flew to Richmond, stayed on my friend’s couch, looked for a place to live, then went on tour. I feel like I’m getting to that point where I’m around some mold and I get sick. It’s getting to that point where we’ve been going at it so hard, and I haven’t really stopped for the last couple years. 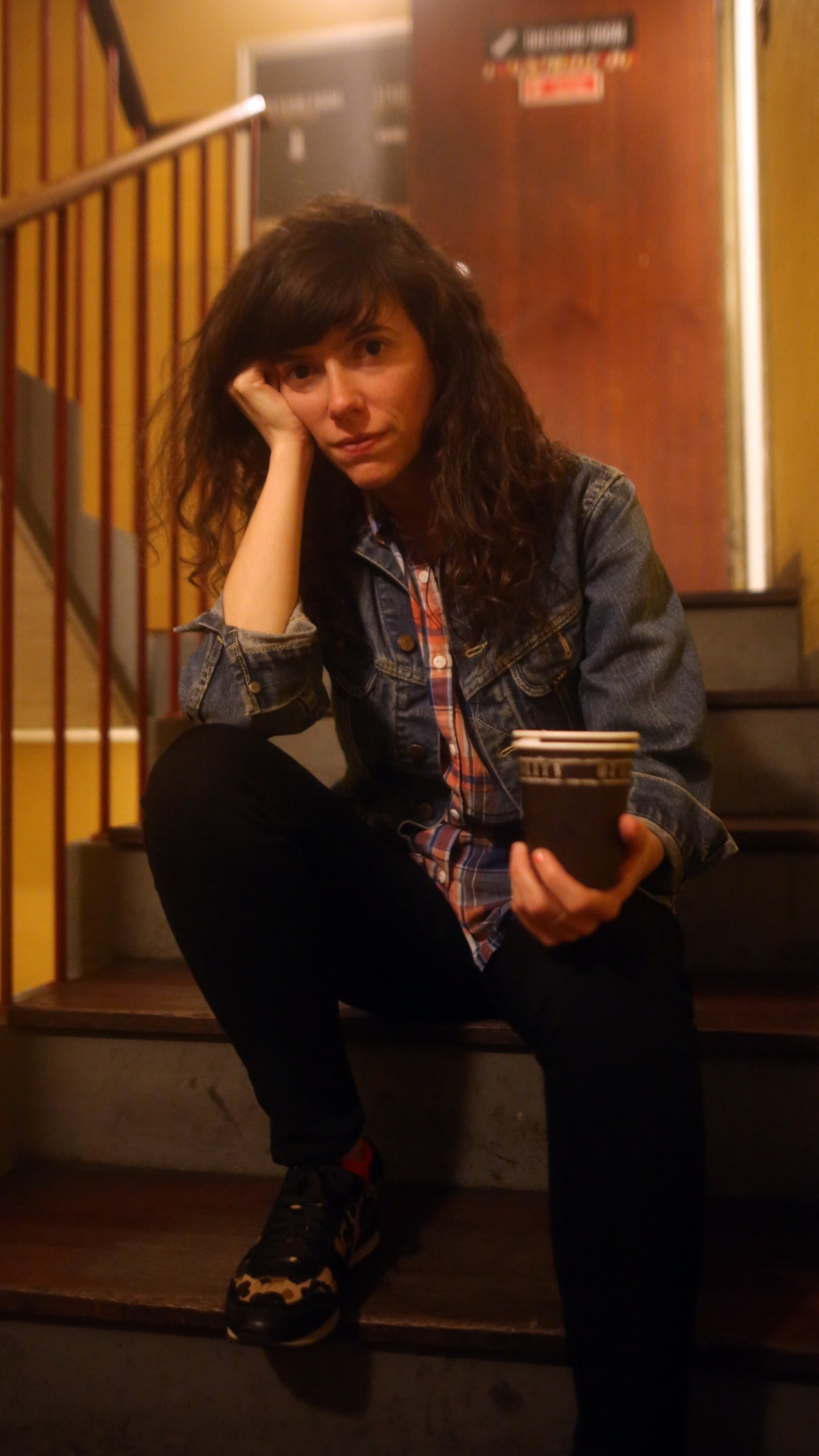 Does it feel like a big shift since the album came out?

Yeah, I think we’ve just been playing so much since January, that I’ve just really started discovering things that I like to do on stage. Definitely more comfortable in my body and comfortable with the thoughts I have on stage. I like to have fun now. I kind of took myself a little more seriously — I mean, I still take myself seriously, but I’m more relaxed now. It’s really important to me to just have a good time on stage and not worry about little things too much. Especially stage banter; I think I’m finally comfortable with it.

But this is like a dream come true, because being in an industry town, I started to figure out what needs to happen if you want to release a record and you want people to hear it. I just never had the proper team or resources. That’s when I recorded this record with SpaceBomb, and it was on hold, I was like, “What do I do?” and I started getting super down about everything. So it’s a dream: “Oh my gosh, I have a manager and I have a publicist and I have a great a band.” I never could afford to bring a band on the road. It’s all these things that I’ve been hoping to have are now all happening and it makes things a lot easier.

It makes a big difference. I just didn’t know what to do, me, myself. And if you are trying to play the manager role for yourself, it’s not going to do anything. My life is totally different than it was before. Even when I was in Jenny’s band, it’s totally different. I get it. I was like, “Man, I wish Jenny would hang out with us more,” but now it’s like, “No, she’s so busy.” I get it now. She has a lot to do. She has to rest. I learned a lot from that tour.

When did you actually record the album?

We started in December 2011. It’s just so funny, because I feel like this kind of music — acoustic arrangements and stuff like that —  there’s a lot of it coming out now. When we were doing this record, it felt like electronic stuff was really getting cool. Maybe it’s all meant to be. Maybe my record wasn’t supposed to come out until now. Maybe people wouldn’t have been this open to it.

Has anything changed from initial recordings?

We revisited “Christie.” We wanted to do live vocals with the live string quartet, just to make it more open sounding, more natural. But I didn’t really rewrite anything. It would be more of an ordeal to do that, because we did everything to tape, and there’s just so many tracks in each song. You can always go back, but there’s just a point where you have to be like, “It’s done.” 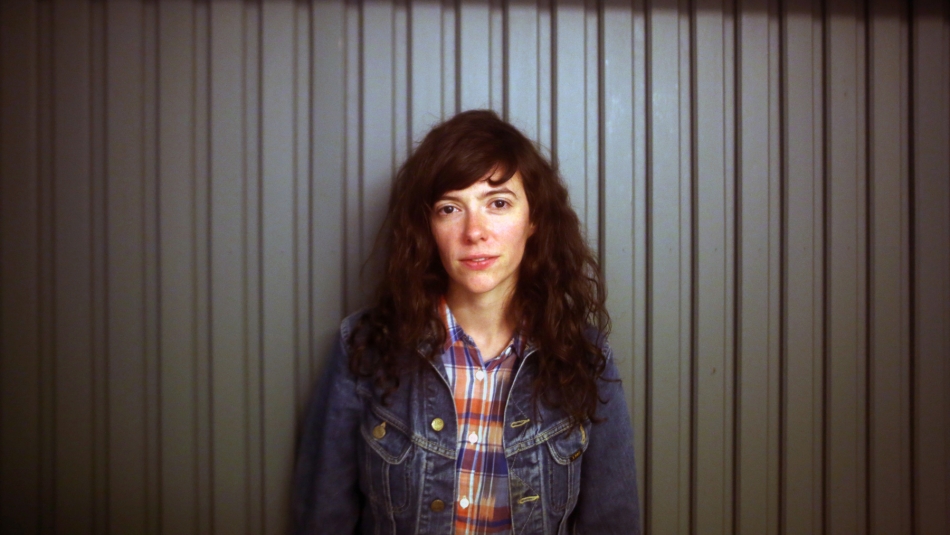 The string quartet is what gives it such a distinct feeling, especially “It is You.”

Tray, who’s playing guitar with me now, was the string arranger. He did all of “It is You,” that was his thing. It was so much fun, me and Tray at the piano at the studio at the Attic in Richmond, when we were doing all the pre-production; he and I just playing through it and working out the key change at the end — there’s a very subtle key change at the end — just talking through it, and how he’s a huge Frank Sinatra fan. I was just so excited, because when I wrote that song I was like, “I wish, one day, it could be like that.” Then when he sent over the Sibelius midi string arrangements, as horrible as midi strings are, it was still brilliant. That’s still one of my favorite songs I’ve ever written.

Are you working on anything new?

I am, slowly, piece by piece. Things will come to me all the time, and I’ll just record it real quickly. Then I’ll go back and work on it. Usually, how I work is I get into a cycle and I can’t stop. It’s like my writing part of my brain is turned on and I can’t stop. But it’s really hard to get into that cycle when you’re traveling. We’re going to have off in December and January, so I’m going to just write, and I can’t wait! I’m counting off the days. That’s my favorite. I like touring and playing and singing — there’s nothing like singing and playing with my band, they’re amazing — but I love writing, creating. That’s where my heart is for sure.

Have you played any of your new stuff live yet?

Just a few songs here and there, I don’t want to bore people to tears. And we don’t really have time to rehearse. Because I’m writing the song, and I’ll send it to them by email, but we won’t have time to rehearse it. But we worked out a pretty sweet cover of “The Sound of Silence” that I’m really excited about. We all kind of like that funky, 60s, swingy stuff, so it’s fun to have everybody put there taste on the songs. They’re a really good band. I only have a nine song record that’s out that people know. I have a lot of freedom right now. We mix it up, throw in random covers and new songs, I’m really taking advantage of how loose we can be right now.

So far this tour has been awesome. Besides the mold thing, but we’re figuring it out. It’s just so funny at this point. I’m like, “Oh great, things are getting better!” You’re in a van, and van touring is great, but, it’s also really hard when you have interviews or early load-ins. A lot of festivals we’re doing, we’re playing earlier in the day, the main stage but earlier, so we have to be there crazy early, so you have a shitty night, then you get up really early, and drive for hours, it just gets really tiring. So I was really excited about having a bus this time around so we can sleep while we drive. And it’s super musty and moldy, and it’s like, “Aaaaah! Almost! Almost!”