pornjk.com tube600.com xpornplease.com redtube.social porn600.me porn800.me watchfreepornsex.com tube300.me
Menu
Photos by Morten Aagaard Krogh & James Hjertholm
Viet Cong’s debut album opens with thundering drums that fade into something less prevalent as the album progresses. Thank goodness that isn’t the case for their live show. The Canadian quartet’s set at Loppen brings out all of the extremes of their album.
Their more precise moments have more of a math rock feel; their frontman’s voice is raw like an open wound; their technical abilities are blatant. You simply can’t fake your way through playing a 12-string guitar. But they aren’t a band built solely on this ability; they have a clear sense of intent. As mesmerizing as their finger work can be, the people behind it –sweaty messes with bad jokes — never disappear.
It takes deeper feeling to transform the extended intro of “March of Progress” into the droning wave it becomes. The synths rattle ever so slightly through the floorboards and a hypnotic drum loop brings a trancelike state to the room. For a few minutes, everything is perfect. 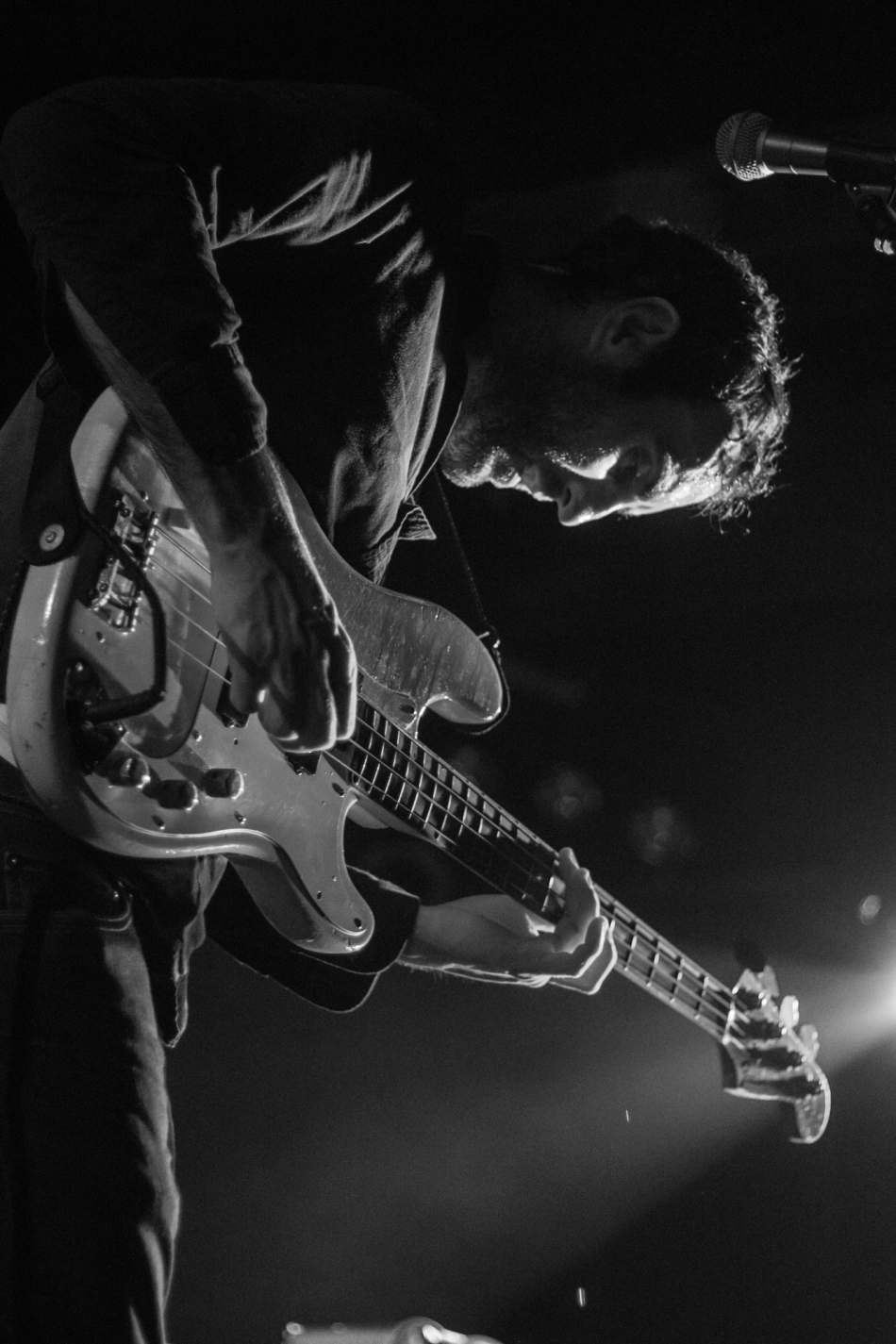 But they almost ruin it. The repeated down stroke/rest, down stroke/rest of “Death,” which should indicate the end of a song carries on for what feels like minutes, teasing the way an older brother does a younger sibling without understanding that he’s the only one having fun. It’s a case where not being faithful to the recording might have helped. They do pick up the song again, but it’s a shame to be left after an otherwise energetic set with a feeling of restlessness.
VIEW FULL LIVE GALLERY HERE
Tags: featuredViet Cong