There’s something almost intimidating about Angel Olsen’s stage presence. Her expression doesn’t change throughout her set. No matter how heart-rending a lyric or how much she strains her voice, she is unflinching, barely shifting her weight from one foot to another. The only change in her steely gaze is an odd glazing over of her eyes that suggests tiredness, before coming back into focus. The only time she looks down is on the songs where she picks her guitar instead of strumming. It’s a testament to how confident she is, and how naturally her abilities must come to her. 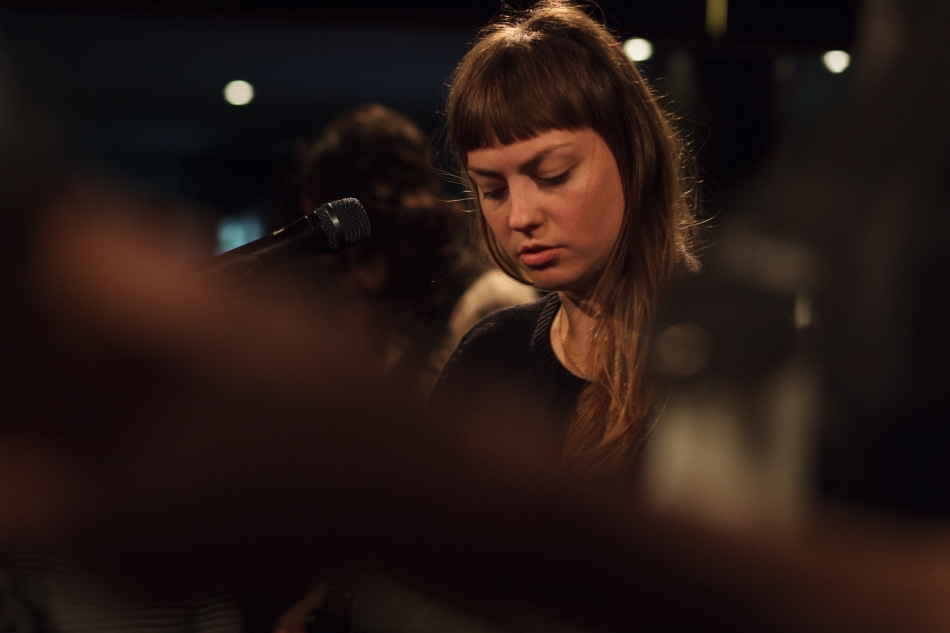 And for how stoic her expression is, the performance is quite moving, as though all the potential dynamics from her body have been channeled into her vocals. Without being fried by the reverb of her albums, her voice is incredibly powerful, vacillating from rock belters over frizzy guitars to a countrified warbling within a matter of notes.

She has the sold-out room captivated, a hot silence hanging in the air. “It’s so quiet in here. I know some of you are farting in here right now,” Olsen says in what is really her only attempt at stage banter. But oh thank goodness it is so quiet, especially when Olsen’s band leaves her alone with her guitar for the final quarter of the set. There her voice carries over gaps in the guitar, with no other sound to compete with it. During “Iota” that her voice quakes as though she could burst into tears at any second, only to be instantly pulled back under control. It’s almost shocking that it’s the same performer who had shouted the outro of “Forgiven/Forgotten” only half an hour earlier. Olsen is the kind of performer who can skip the chit chat because she can knock you sideways with her voice. If others figure this out, she won’t be playing tiny spaces like Ideal Bar again. 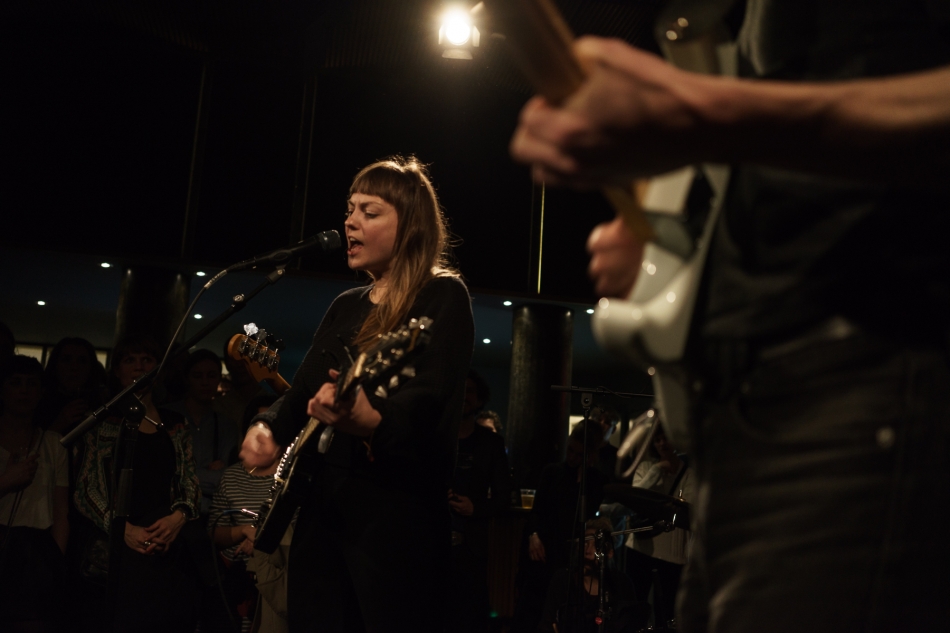 Sitting in the courtyard on Nørre Allé between Union and Alice on a
It’s an evening of firsts for Tusks. It’s the band’s first gig of
Marissa Nadler is an artist whose work contains multitudes in its subtleties. Her

Sitting in the courtyard on Nørre Allé
It’s an evening of firsts for Tusks.