Some gigs make you feel like you’ve crashed a private party. I don’t know about you, but that’s never really worked out for me. It’s less like blagging your way into Andy Warhol’s factory, and more like being stuck singing happy birthday to someone whose name you don’t know. Suffice it to say that, tonight, the constant cheers of “seven more songs!” were entirely lost on me.

Beach Slang turn up at KB18 to a barrage of cheers and in-jokes. You’ve got to hand it to them, gaining this kind of fandom with only album and a couple of EPs is an achievement in itself. Then again, their particular brand of emo-inflected pop punk seems to function precisely in the way their debut album describes, The Things We Do to Find People Who Feel Like Us. I might not be one of the people they are looking for, but everyone else in the room is. 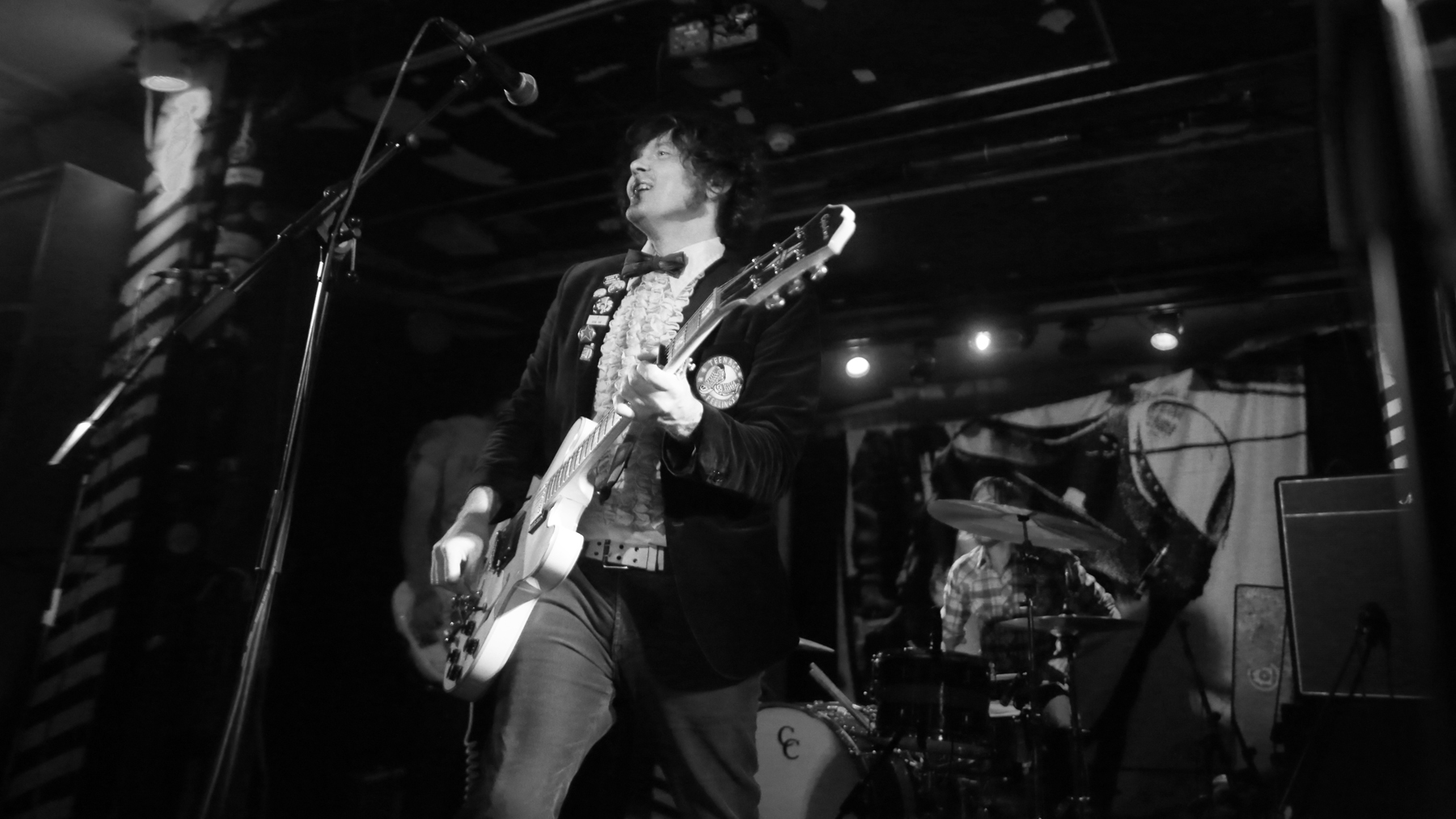 The atmosphere is that of a local band surrounded by friends. Beach Slang have not amassed enough material to span an entire set, but they have the venue on their side, and sleeves–in frontman James Alex’s case, tuxedo sleeves–full of covers: the Cure, Jawbreaker, and of course, the Replacements. The tux, the so-predictable-they’re-unpredictable covers, and the high-fives that erupt at the end of every song, reveal the light-heartedness beneath the sometimes tortured lyrics. Which is a real relief, seeing as a room of people close to their 30s reveling in teenagerdom might otherwise be a terrifying prospect.