Blonde Redhead have spent almost two decades doing their very best to attract opposite descriptors: stripped-back and baroque, chaotic and elegant. As John Peel said of the Fall, they are always different, and always the same. Always eager to follow an album with its diametrical opposite, the band exhibit a fearlessness which is matched by the dedication of its fans. Their latest effort, Barragán, was released less than two weeks ago, yet songs like “Dripping” and “No More Honey” are greeted with enthusiasm from the outset.

The venue is sold out, and spirits are high, egged on by local boys Cancer. Fronted by the respective singers of When Saints Go Machine (only 7th in the top 10 worst band names in Denmark) and Chorus Grant, Cancer is all Antony Hegarty-mimicking vocals and elaborate guitar lines, a combination that clearly resonates with this lot. 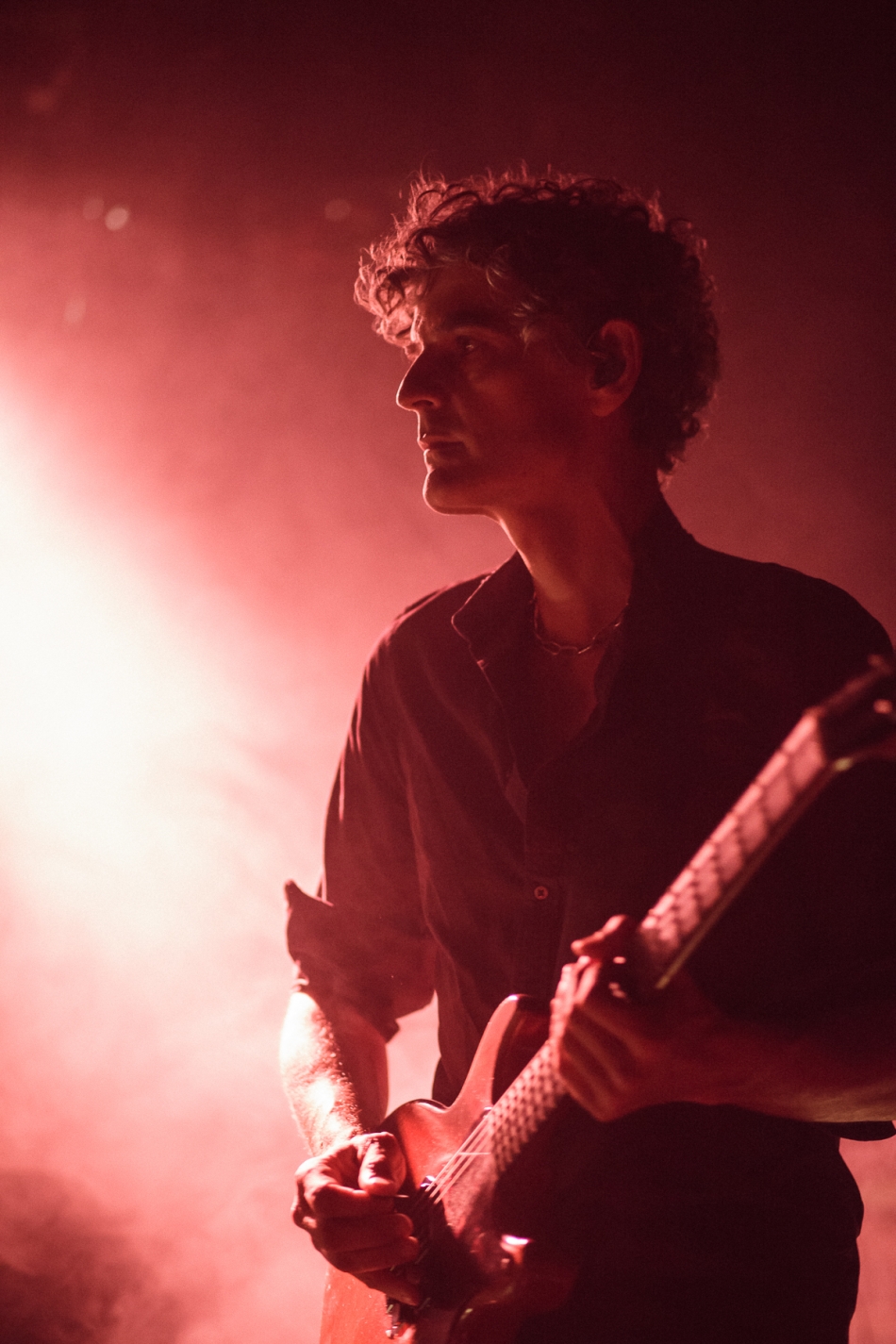 The stage curtains part as Amedeo Pace (born in Milan like yours truly, and therefore automatically better than most people before he even picks up a guitar) finger-picks the instrumental “Barragán”. But the introspection of this and “Lady M”, and of the new album in general, is here transformed. Simone Pace’s drums sound positively gigantic, emphasising the rhythmic bones of even the quietest Blonde Redhead songs. The surprising beefiness of their live sound is emphasised in “Falling Man”, which cranks up the melodrama and distortion, as if to remind the audience that the noise band of La Mia Vita Violenta and Fake Can Be Just as Good still lurks among us.

Most of the set, naturally enough, is concentrated around material from Barragán, the rest of the songs coming mainly from 23 and Misery is a Butterfly. Nothing at all from their penultimate release, Penny Sparkle, perhaps because the low key electronica of that album is a little at odds with the rest of the band’s back catalogue. The trio have to rely quite heavily on pre-recorded and programmed tracks for their more maximalist songs, but this does nothing to water down the likes of “Spring and By Summer Fall”. Amedeo’s guitars and Simone’s drums occupy so much space that Kazu Makino easily fills in the gaps with bass, keyboards or extra guitars.

A technical failure during “Melody”—Kazu’s keyboards sounding like a 16-bit videogame soundtrack—is an opportunity to witness the degree to which fans hold the band in affection, cheering them on and asking them to start again. But the real crowd-pleaser is left for last, with a thunderous rendition of “23”, causing the crowd to completely obscure the stage with waving arms and air punches.

With a band as long-lived as Blonde Redhead, one spends half the time making a mental list of all the songs they don’t play (the bass-tastic “Equus”, “Misery is a Butterfly”, “Melody of Certain Three”), but this is wilful masochism. Never will you hear a critical comment towards Blonde Redhead from me. I’m sure I have plenty of bile for another day, another band. 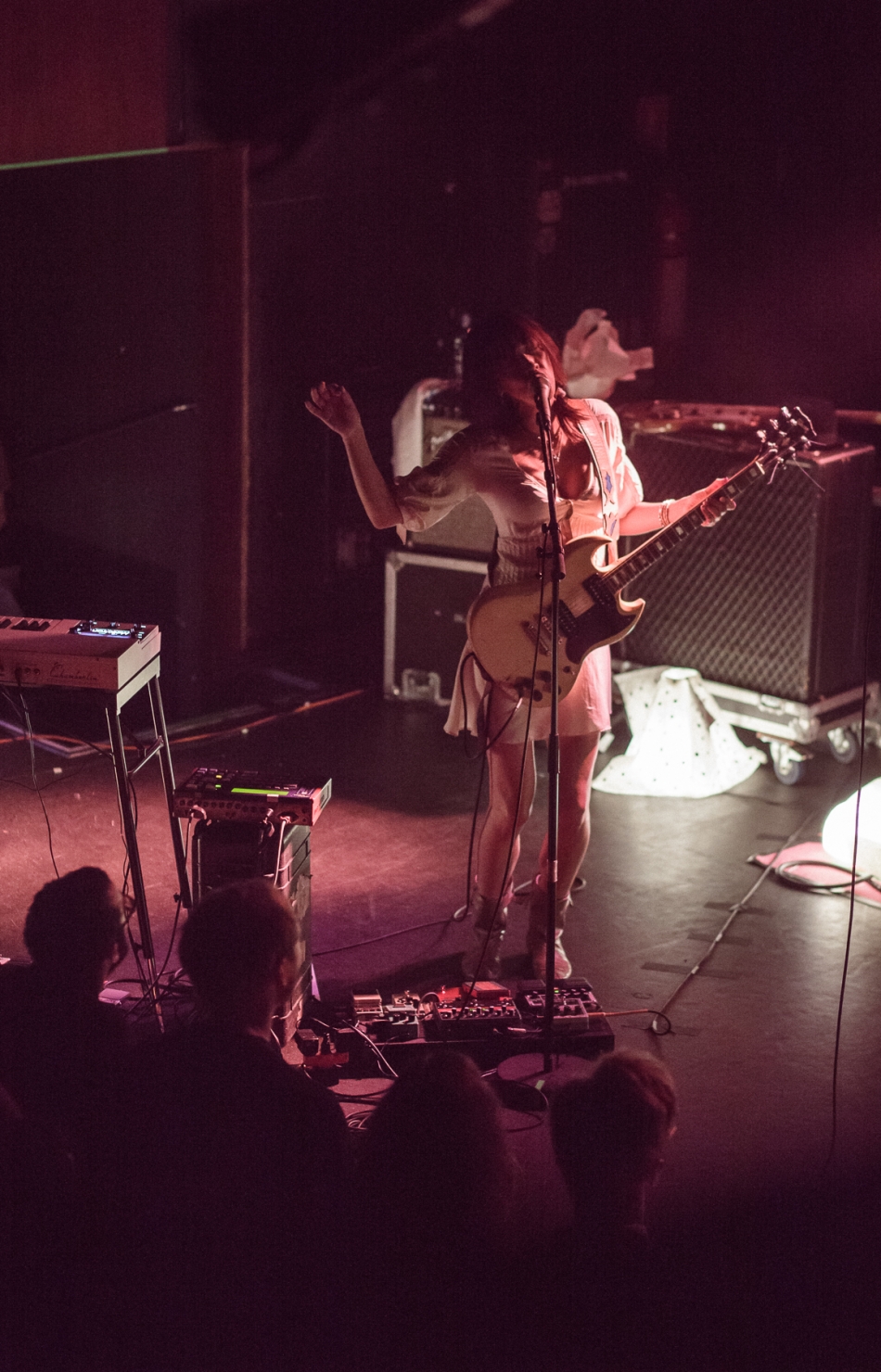