In the vast world of electronic music Nicolas Jaar has always stood out from the pack. His early releases were a strange take on house and techno, most of them more suited for headphones than the dance floor. When it became time to create a live show for his debut album, ‘Space is Only Noise’, Jaar needed solid musicians to back him. He asked his childhood friend Will Epstein to name the best musician that he knew. The answer, without hesitation, was Dave Harrington. Together the three of them worked to bring Jaar’s songs to rapturous crowds around the globe. The results were legendary – the group have been named the best live performance by Resident Advisor for three years in a row.

Darkside was allegedly born out of a bored hotel room jam, between Jaar and Harrington, during a stopover in Berlin. The two continued to develop their early ideas, finally delivering their album ‘Psychic’, one of the most exciting releases of 2013. When the two walked onto the stage on Saturday night, the room had been full for over an hour, the show had been sold out for months. With all the hype surround this act, it’s quite safe to say that expectations were high. 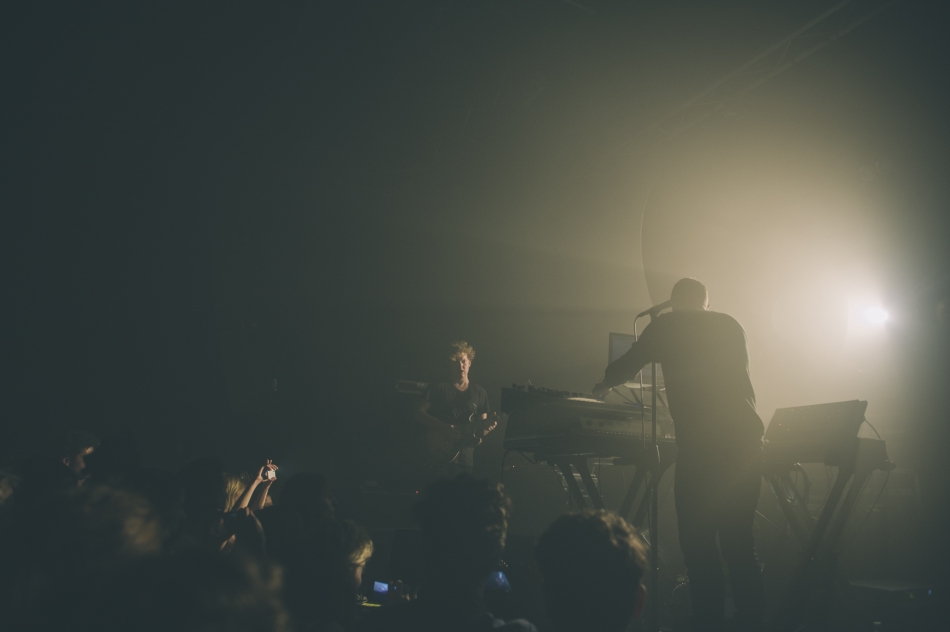 Jaar and Harrington remained in darkness for a long while, quietly forming an ambient soundscape which sounded like a space ship about to land. On the record, Harrington and Jaar cover an incredible spectrum of sounds, and it was exciting to see them try to translate this live. For their live set-up, Harrington plays electric guitar, hooked up to a small army of loop pedals and effects. He also controls a massive mixing deck and samplers. Jaar mans the keyboards, vocals and one of the biggest MIDI controllers ever seen. It’s exciting to see all of this equipment on stage. In a world where electronic “performers” can get away with staring at a 12-inch screen for an hour, Jaar and Harrington function on a much more improvisational and intuitive level, taking full advantage of the unique musical chemistry which they’ve formed over the last three years. Throughout the set, the crowd was receptive to the freedom of the set, revelling in the opportunity to witness a unique performance.

‘Paper Trails’ was a crowd favourite. Perhaps as a reaction to the crowd’s energy, Jaar and Harrington turned the soulful driving energy of the five minute album cut into an extended jam lasting over ten minutes. In fact, most of the songs on the night were doubled in length and often flowed seamlessly into each other to sustain the energy of the tracks. This was not just a dance party though. For every release of the kick drum, there was an equal share of tripped-out experimentation. The sound system at Pumpehuset did a great job of maximizing the energy of the heavier moments, while still amplifying the nuances of the quieter breakdowns. 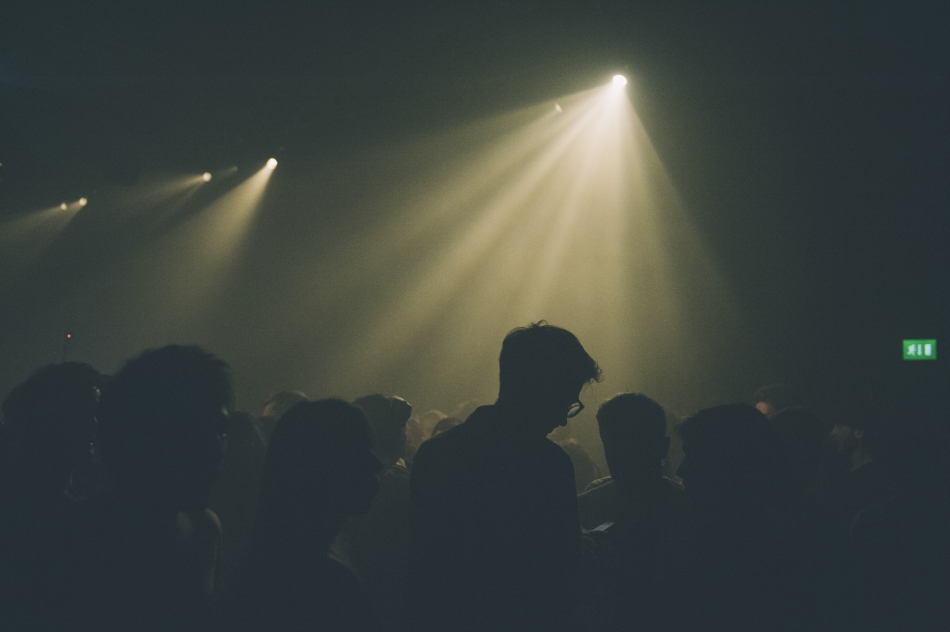 The final moments of the 15 minute encore was an aggressive sonic assault. The crowd was bathed in a blinding light while Harrington’s screaming guitar tested the limits of our eardrums. Jaar pushed the beats to a dizzying speed and laced everything in a thick reverb. If anyone hadn’t felt anything by that point, the density and volume of this finale would correct that.

After the duo left the stage, most of the crowd filtered out, rushing to the official after party at KB3. Anyone who did, would be greeted by an hour’s wait out in the cold, an uncomfortably packed dance floor, and a very underwhelming sound system in the club. Nico spun techno and house for two hours, playing some of his own unreleased productions and remixes. Unfortunately most of the crowd was too busy with Vodka or Instagram to ever really get into the vibe.