A big part of it is the dimension of the music itself. Jimmy Smith’s spindly rhythm guitar weaves into Yannis Philippakis’ heavier leads with the same dynamic as on their albums, but any subtlety they strive for in the mixes on their recordings is lost to sheer power. The synths and backing vocals never fade into the background, the bass is more present than would be expected for a rock band, and Philippakis’ vocals regularly break into screams. 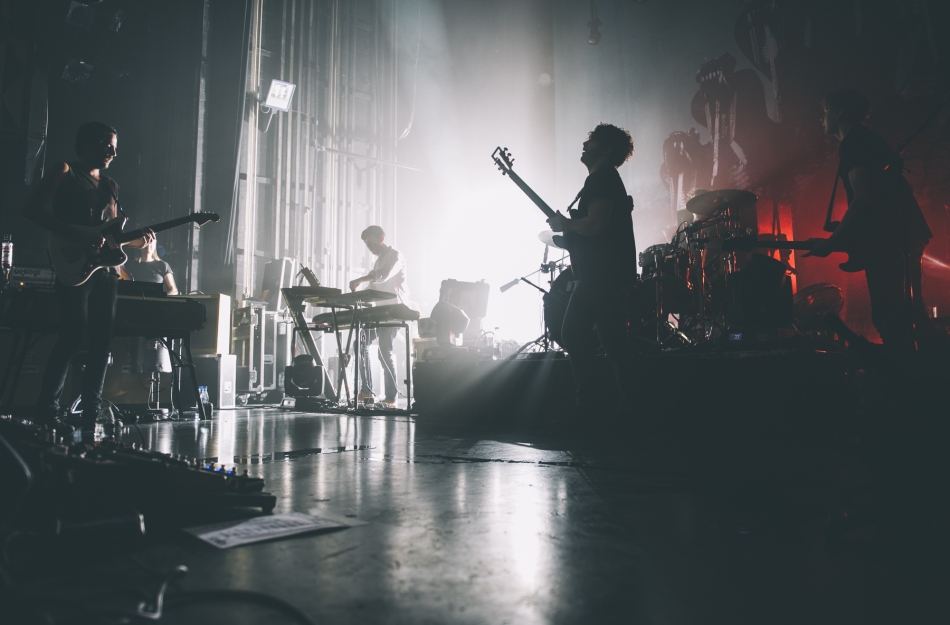 But mostly it’s the antics of their performance. It isn’t necessary to know their songs to enjoy yourself, because the human energy on and off stage is so easy to lose yourself in. Philippakis struts and pirouettes through every song, pouring water on his head between songs and flinging the remainder on the crowd. He’s matched by Smith’s relentless pogoing, and even drummer Jack Bevan can be seen standing triumphantly on top of his kit at any interval. And the crowd love it. They are dancing and jumping and willing to catch Philippakis on the multiple occasions that he crowd surfs. It’s telling that the band can bust out their single “My Number” early in the set instead of needing to build up to it in the encore. 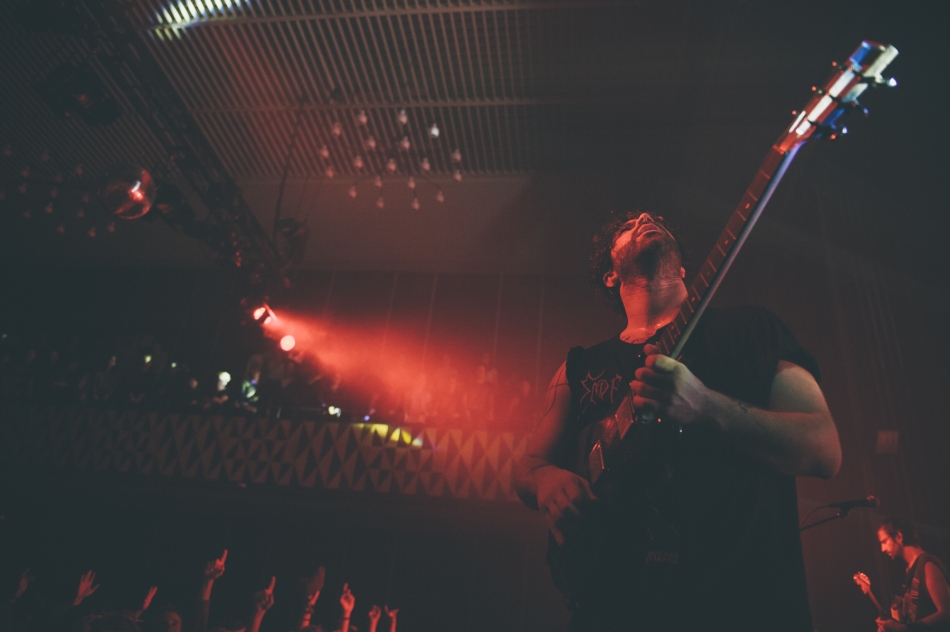 But what they build up to is a finale of rock star antics that a man of lesser personality than Philippakis would struggle to pull off. Before “Electric Bloom” he passively suggests, “Let’s fuck this place up,” and then swaps his guitar for a floor tom, and unencumbered by an instrument or mic stand ricochets around the stage and audience. Back on stage for “Inhaler,” Philippakis’ intentions become clear when stares up agog at a stack of speakers. He restrains himself until the interlude of the final song, “Two Steps, Twice,” before scaling the stack, abandoning his guitar there, and then climbing up into the balcony. He takes the long route through the balcony to the other side of the stage, jumping down on to another stack of speakers and teasing the crowd before taking a final jump on stage. By the time he has his guitar back, a majority of the audience is crouched on their knees, ready to jump up as the final chorus comes in. It’s baffling and thrilling, and overwhelms in the best possible way. 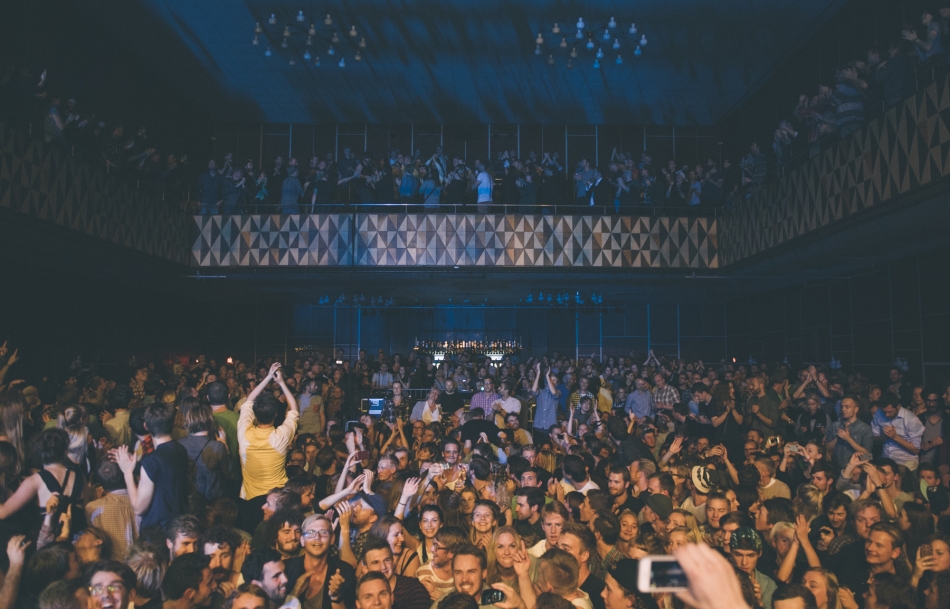