It is always a pleasant surprise when most of the audience show up in time to see the opening act. The Jazzhouse is almost full when local hero Sekuoia hits the stage to deliver an hour-long set of warm, minimalist electronica. This evening he is playing without the assistance of drummer and guitarist, but if anything his performance is more energized than usual. “Rituals” still stands out as his most recognizable and catchy beat, but it is a rare privilege to be able to hear such an extended set from him. 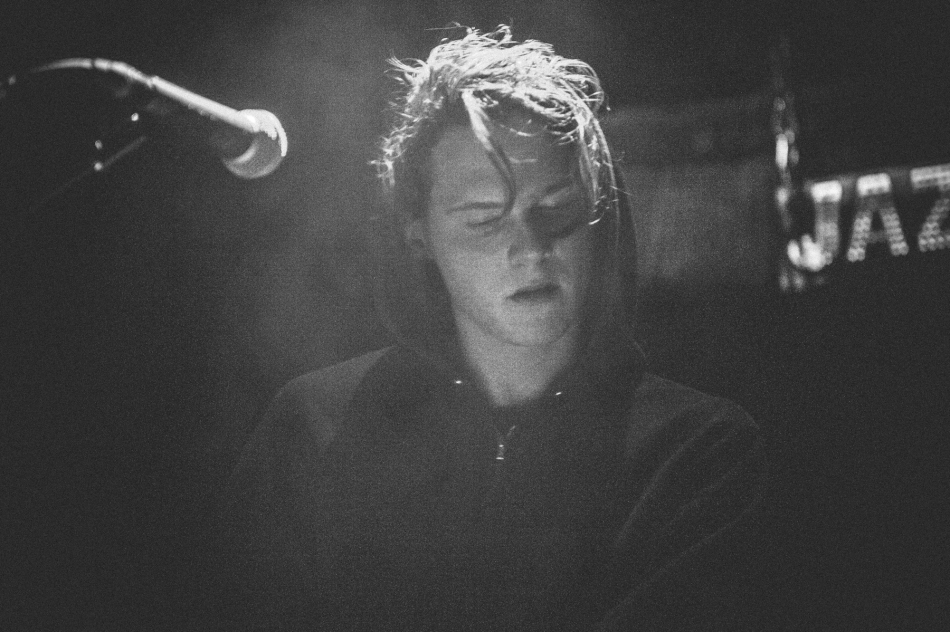 Under a black and white projection of abstract dancing figures, Forest Swords materialize as producer Matthew Barnes and trusty anonymous bassist. Apart from being a chance to experience his doom-laden dub in an intense and intimate setting, the performance also functions as an explanation of the record, Engravings. Samples and live instruments, which on the album are often undistinguishable, become evident live.

Make no mistake, Forest Swords is pure, Lee Scratch Perry-approved dub (Perry even remixed FS’s “Thor’s Stone”). That is not to say that Barnes isn’t innovative, but rather that his music has a very strong grounding, evidenced by the organic quality of his samples. Though often associated with James Blake or Burial, Forest Swords seems to have more in common with the austere sonic explorations of These New Puritans. 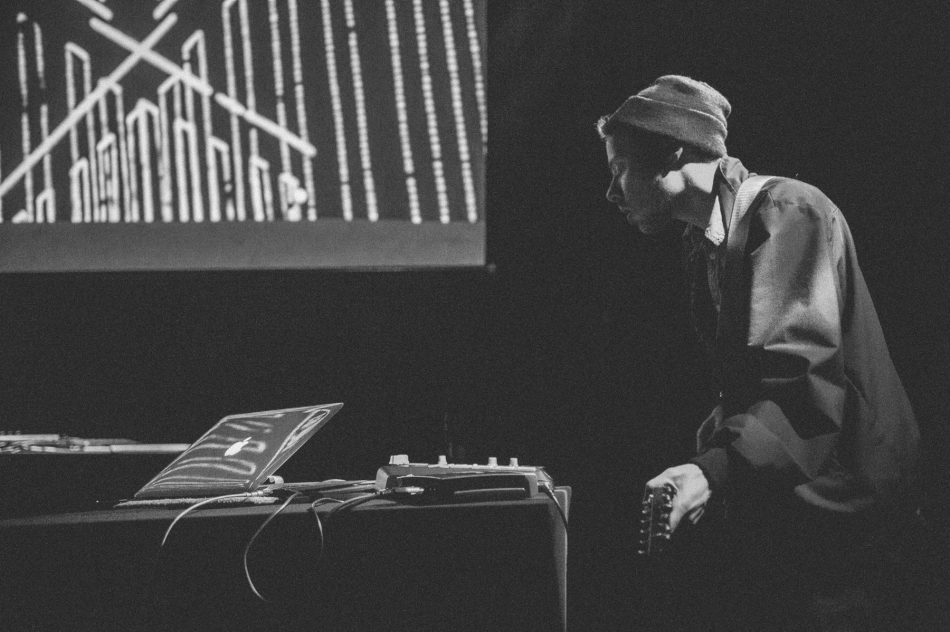 Though for the most part the nature of songs is contemplative, the crowd is onboard, swaying and nodding along. Barnes doesn’t engage in much banter in between songs, presumably so as to not spoil the mood. When he does, it’s to enquire as to the quality of the sound to stage left. A couple of speakers, which had already been slightly distorting the bass during Sekuoia’s set, are starting to malfunction. What follows is a silent quarter of an hour during which Barnes, bassist and sound engineer fret over cables trying to solve the problem.

Although the frustration onstage is evident, the audience is mercifully understanding, and before too long the sound is sorted. The set has had to be cut short, but there are still some surprises. “Irby Tremor” features Barnes channelling spaghetti westerns on guitar, while the drum samples are crisp, almost koto-inspired. I am also convinced that “The Weight of Gold” is somehow secretly  borrowing from Morricone’s “Ecstasy of Gold”, but have little evidence to back that up. The mood that Forest Swords inspires manages to ride between these contemplative analyses and produce an undeniable physical response that waves these moments away.