It has been over a year since Future Islands last played a gig in Europe, which, together with a shortly to be released album and the last-minute announcement of this show, adds a heightened layer of excitement to the four-piece’s re-emergence in Copenhagen. This gap makes itself felt in the initial hiccups with the keyboards, but this ends up providing frontman Sam Herring the opportunity to begin his intense love-in with the audience.

There are few performers who are quite as obviously thrilled to be onstage as Herring. Arguably it was his idiosyncratic dance moves during their Letterman performance that attracted enough consistent attention onto the band to propel them into wide recognition, but there is more to it than an amusing dad dance. Seemingly every moment on stage is an opportunity for him to stare intensely into the eyes of every single audience member in the first three rows, point and grab for emphasis, usher them in. 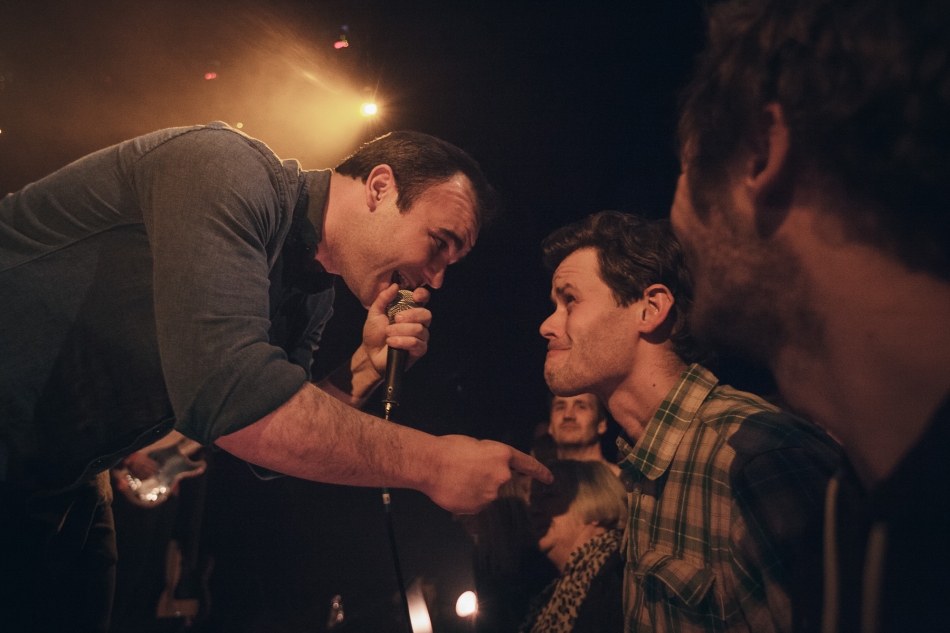 Last time I saw them, Future Islands were vague specks on a stage a football field away from me. With that level of distance it’s easy to be dismissive of their more mawkish lyrical tendencies, but when the man is sweating, crying and singing a foot away from your face, it’s hard not to get swept up in the drama.

The new material shows that, even when inevitably many of Future Islands’ songs end up being about “the road”, they haven’t lost any of their intense, campy, melodramatic joyfulness. Until the album comes out in a few weeks’ time I won’t be able to say exactly which song made me laugh out loud, but be prepared for an instance of rather wonderful pseudo-reggae synth hilarity.