The room is well attended this Thursday evening at Loppen. People might have been tempted to show up due to Get Your Gun‘s recent single release ‘Black Book’ – a very promising pre-taste for their debut album The Worrying Kind, which is to be released this spring. The trio silently grab their instruments without a glance at the audience and the guitar riff for ‘Black Book’ starts chopping through the speakers.

With a long black trench coat, shadowing hat and a huge beard lead singer and guitarist Andreas Westmark, looks as if he just wandered in from the wilderness. The howling sounds of bass and guitar surrounds Westmark as he walks forth and back on the stage, while staring down on the audience. There is a certain anger in the expression that creates tension and suspense from the very beginning. In a quiet passage he walks into the audience and sings directly into peoples faces without a microphone. A strong an brave move that almost intimidates the bystanders. 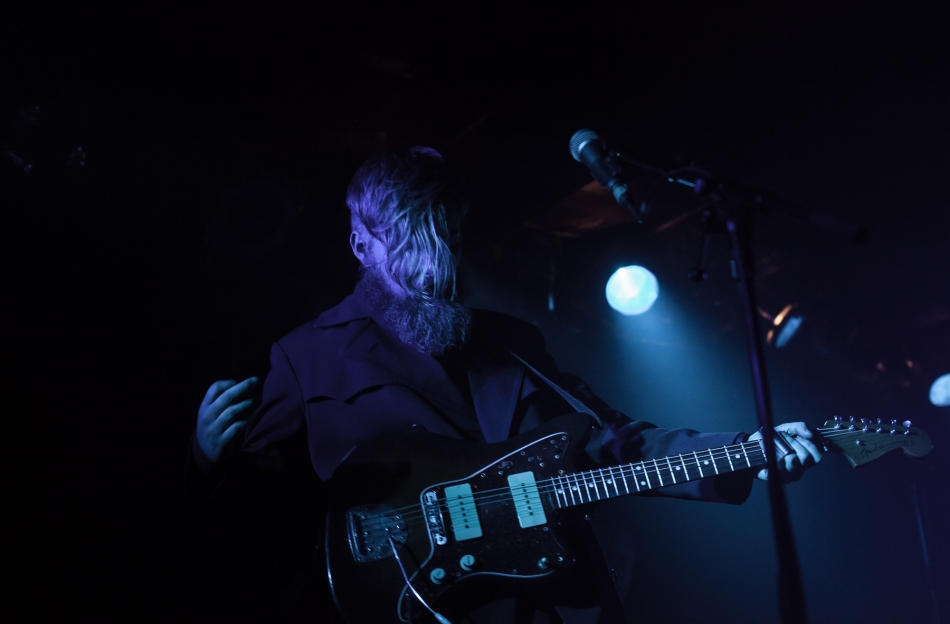 But Get Your Gun is not only an energetic live act – they’re masters of dynamic which is proven in ‘The Sea of Sorrow’: A tuneful track with polyphonic vocals that reminds me of ancient monk ensembles in vast cathedrals. The slow pulse sucks in the listener while bassist Søren Bøgeskov firmly dictates you through the track. The drums and the bass are at the heart of the band’s simple expression – it works as a strong backbone that allows Andreas Westmark to move and play like a man possessed without losing track.

Only ”thank you” is said between the songs until an humble announcement of the band’s visit on this year’s Roskilde Festival sends a victorious applause through the venue. An old favourite in the band’s repertoire ‘Death Rattle’ is proclaimed as the last track of the evening and the stoner inspired riffs and heavy beat force both bass and guitar players down on their knees as they begin to abuse their pedals.

The encore ‘Rage’ from the coming album was a superior statement that sets the expectations for the full length debut on high.

Shrouded in stroboscopes Get Your Gun silently walk off the stage.

Tags: Get Your Gun

Swans – To Be Kind After thirteen studio albums, Swans have not diluted their
It has been a busy year for Here Today. During 2014 our photographers and
Get Your Gun have shared a video for their single “Call Me Rage”