Goat is a pretty unusual encounter of a band. They hide their identities behind decorated masks and fluttering tribe-dresses, they’ve created a unique musical platform as colorful as their costumes, and they’re named Goat! The Swedes caught the attention of listeners and critics on a large international scale with their debut World Music in 2012. Continuing their ritual the band is now touring with the sequel Commune.

On stage the band kickstarts the evening with the funky and familiar ‘Let it bleed’ from World Music. The song is stuffed with hooks and groovy rhythms which makes it impossible not to dance. Or maybe it’s the two shaman-lead-singers who cast dance-spells on the crowd with their magic maces. Anyway, I watch the crowd moving like boiling cauldron from the back of the room. The lead singers are constantly dancing – I can’t help wondering how many litres they’re actually sweating out during a night like this. 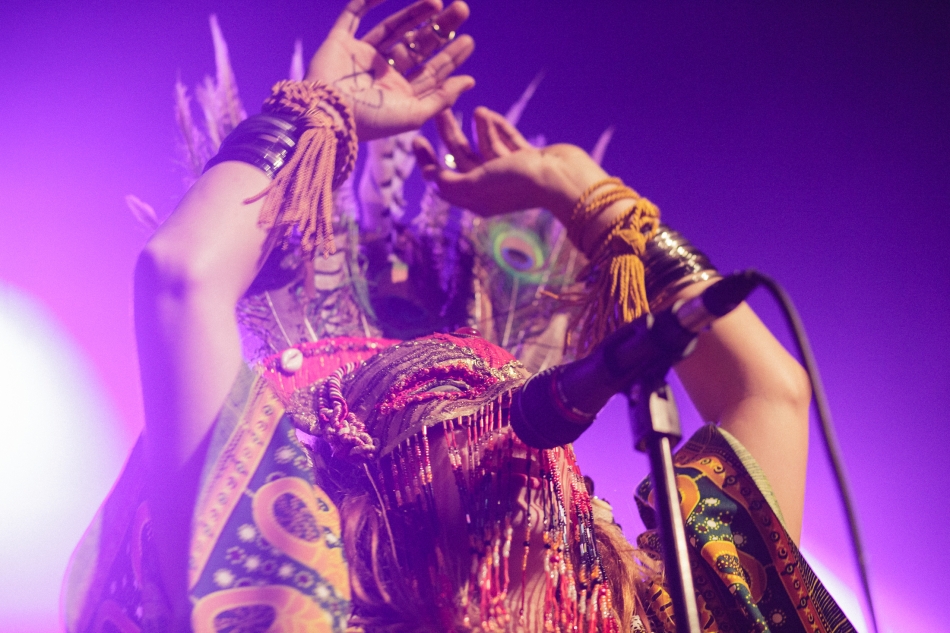 The songs are streched into long transcending improvisations with myriads of hypnotising solos, all swept in wah and fuzz. And just like the dancing the rhythm never stops – the drummer and the percussionist bash their drums fast and untiringly throughout the concert. Some songs even merge with the next one with no pause in between. It is a trippy experience that opens the doors to what Jim Morrison named the other side – an invitation that is reverently accepted by a couple of rebellious guys who freely share a spliff. 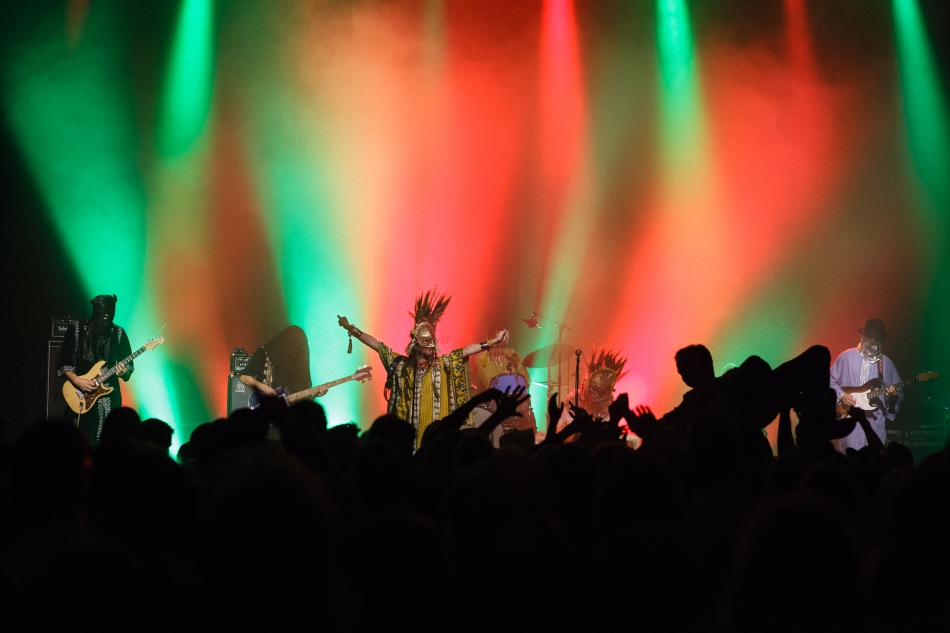 “Run To Your Mama” is the closest thing you’ll get to a real hit from the band’s repertoire, and it is a true crowd pleaser. But Goat isn’t done yet. The live version of ‘Det som aldrig förändras/Diarabi’ is so heavy and dictating that the crowd and their crazy dance movements immediately morphs into an army of nodding silhouettes. A perfect end to the ball.

The positive things to say about this band are plentiful, in short, go buy their albums and purchase some tickets – it’s highly recommended.