The last time Godspeed You! Black Emperor played in Copenhagen we were seated in plush velvet theatre seats, trying to reconcile their apocalyptic symphonies with the bright lights and cheer of Tivoli outside. But tonight the venue is much more appropriate. The wooden roof of Christiania’s Den Grå Hal towers above us, the air is chilly, and the nauseating smell of burnt sugar is thankfully absent.

The evening starts with the looping guitar drones of Bhutanese musician Tashi Dorji. Hunched over his instrument, face obscured by a black hoodie, Dorji abuses the strings into producing a wall of sound that grows to painful levels. Several audience members retreat outside to smoke and save their eardrums for the main event. 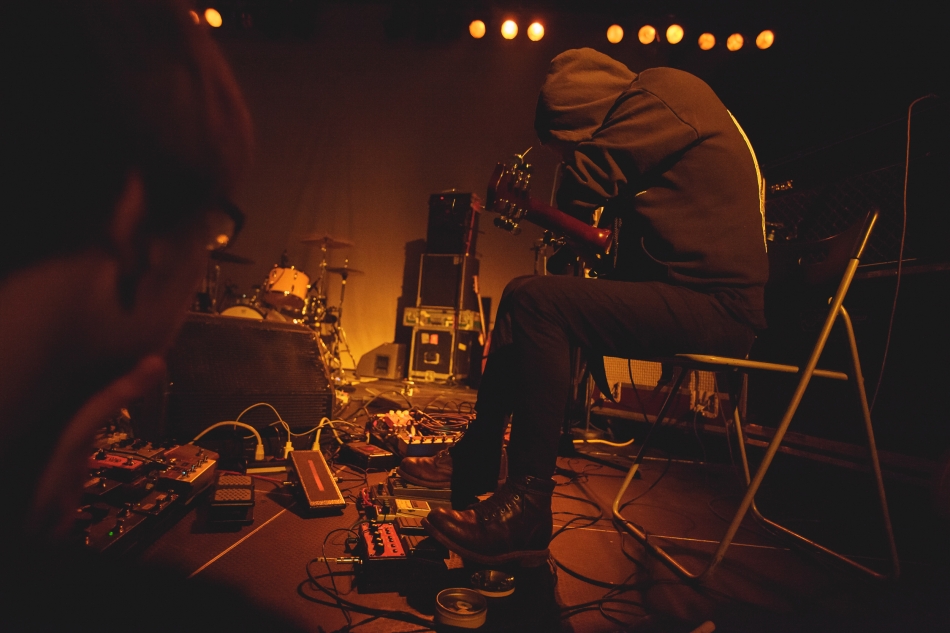 After the slow initial buildup of “Hope Drone”, GY!BE immediately settle nerves by launching into the first two movements of “Storm”: never fear, ladies and gentlemen, we will not be denied the classics. You can tell by the nods people give each other at the beginning of each song that albums like Lift Yr. Skinny Fists Like Antennas to Heaven! and F#a#infinity are deeply ingrained since adolescence, but when GY!BE play one doesn’t have so much the sense of reliving younger days, but of tapping back into something that always felt timeless.

The middle section of the performance is taken up by the full playthrough of the band’s latest album, Asunder, Sweet and Other Distress, which features some surprisingly upbeat sections. The first, “Peasantry or ‘Light! Inside of Light!'”, for all its initial stoner-rock plodding, eventually starts to sound not entirely unlike a weird, drone-y performance of “Norwegian Wood”. Try listening to them back to back, you’ll see. In quieter moments, such as “Lambs’ Breath”, your eyes are drawn up to the projections behind the band. Possibly the only band in the world to have their own dedicated projectionist, GY!BE are illuminated by loops of grainy 16mm footage. A lonely stag on a dark road, fields of corn, Revivalist churches, cop cars, factories on fire. 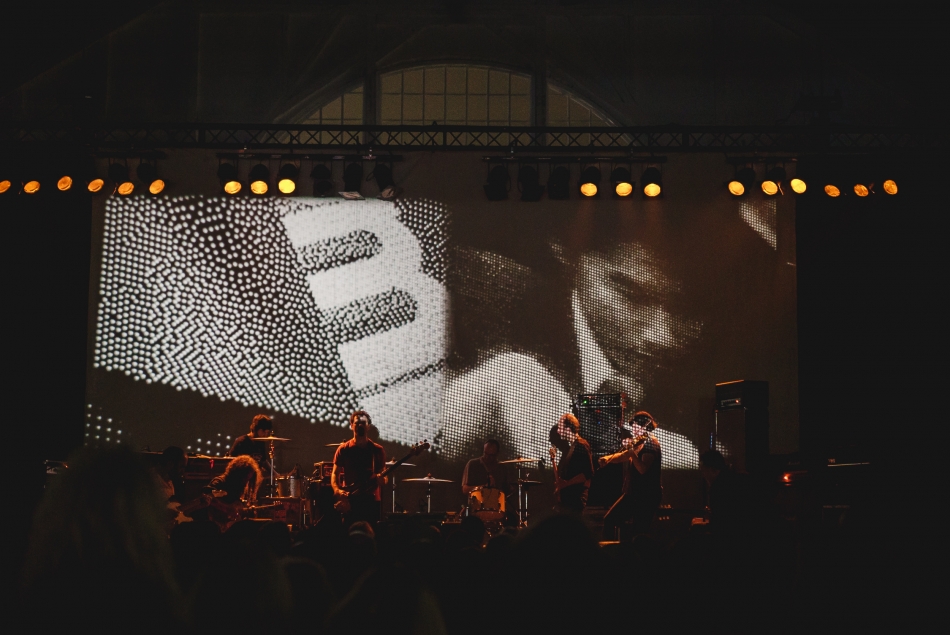 People my age have grown up in an era obsessed with post-apocalypical stories, but when someone uses that word, I never think of Mad Max, or The Road, or zombie movies, but rather the cover of F#a#infinity. And as the band  concludes its two-hour set with “The Sad Mafioso” section of “East Hastings”, it seems obvious that for many of us these aren’t allegorical warnings, but perversely exciting possibilities.