It’s difficult to know what the right setting for James Blake would be. His show at Falconer Salen — bumped up from Store Vega because of demand — feels like it should have been shifted to a seated theatre rather than an open ballroom. Wouldn’t that be more suitable for Blake’s gentle, moody compositions?

But once the electronics of opening song “I Never Learnt to Share” kicked in, it’s immediately apparent that live, Blake’s music is less delicate than on his albums. Most notably, the beats are a lot bigger, and fill every inch of the room. Not that anyone is dancing; the audience mostly stands rapt, hanging on Blake’s every bobbing, slinking movement, but rarely moving their own feet. 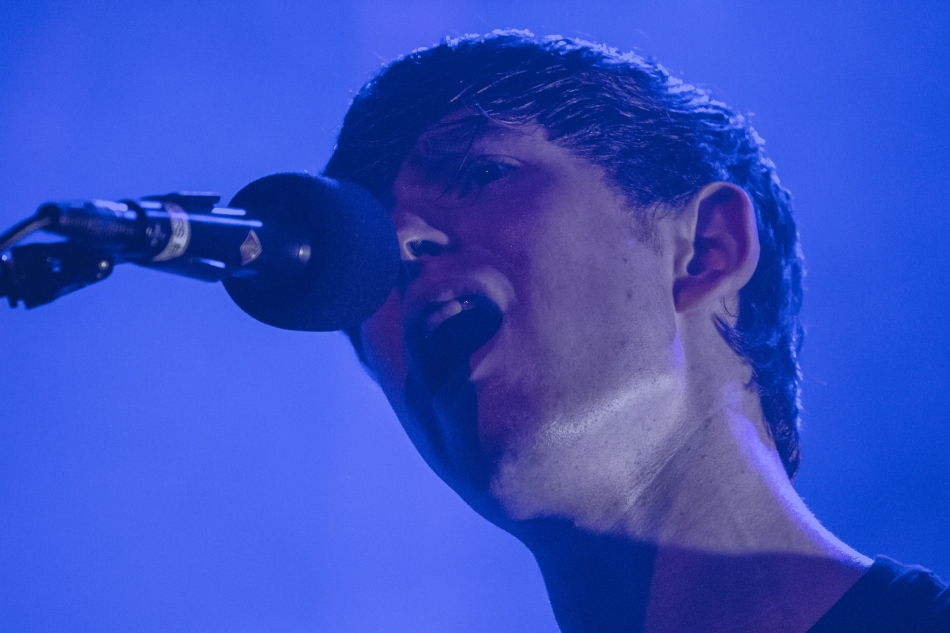 The great appeal of Blake’s music is his voice, that smooth, silky falsetto that can melt hearts. And it’s there, and he hits every high note without effort, but it’s often drowned out by the volume of the electronics that surround him (literally and figuratively: he is hemmed in by his keyboards). 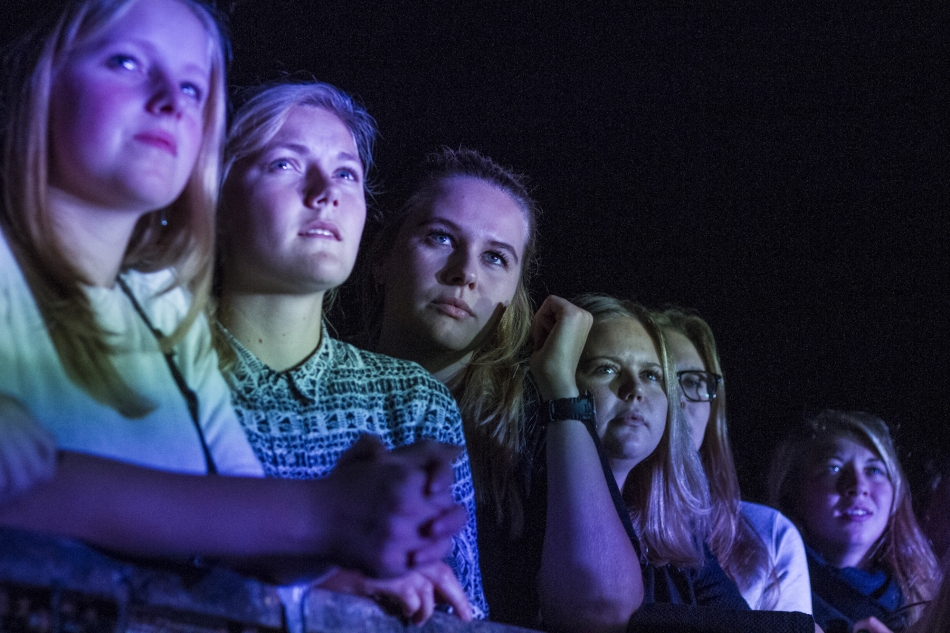 An hour into his set things break down into straight dance music, nothing delicate, just energetic. And the audience is responding by almost dancing. The energy would have dropped with any song that was any slower, except the next song he plays is his single “Retrograde,” and the room erupts in enthusiastic cheers when he hums the opening bars. He rolls this into downtempo set ender “The Wilhelm Scream.”

Coming back alone for his encore, he asks the crowd — which he admits has already been quiet and respectful — to be quieter still. He then sings the bulk of “Measurements” a cappella, looping his voice back with each subsequent verse, before tearing into his keyboards. In these last minutes of the show, he lays out his artistic and technical abilities so plainly, it would be difficult not to be moved. He leaves the stage quietly as his own voice continues looping. It’s a very impressive exit.