If John Grant’s professed love for Denmark is an act, it’s a damn convincing one. It’s not the first time he’s been on the stage at Store Vega, or spoken about how much he like the country, the people, and the “dope language” (and he speaks enough languages for this to be plausible). It’s not the first time that he’s told a crowd the story about naming the song “Queen of Denmark” for the country just because he likes it, even though he admits it has nothing to do with Denmark at all.

Some of that could be part of a script, but there is a mutual affection that circulates around the room. John Grant clearly loves what he does. His interactions with his band show how much they love what they do as well. Grant spends his songs wiggling and strutting about the stage, sometimes moving in a relaxed modification of the Robot and, as when he performs “You & Him,” gesticulating like his inner pop star is ready to burst out. 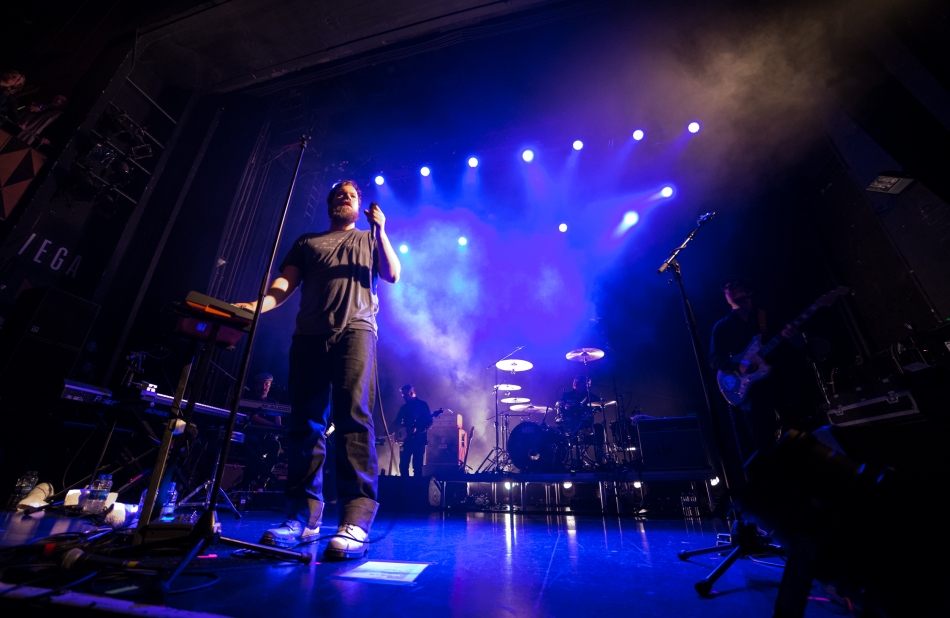 Though Grant has moved more into the electronic side of pop with his latest album, Grey Tickles, Black Pressure, when he pulls out stripped back songs like “Glacier” or, from his days with the Czars, “Drug,” his voice rings through the room and silences everyone. Because of this, the mix could have used more vocals in the louder songs, as the lower frequencies he works with compete too much with his range.

Asking for more vocals is asking for more of a good thing, though. When a technical problem threatened to derail “Black Belt,” and Grant suggested to his band that they just move on, the crowd protested, clearly hearing what wasn’t meant for them. And he listened again when an audience member called for “Outer Space.” 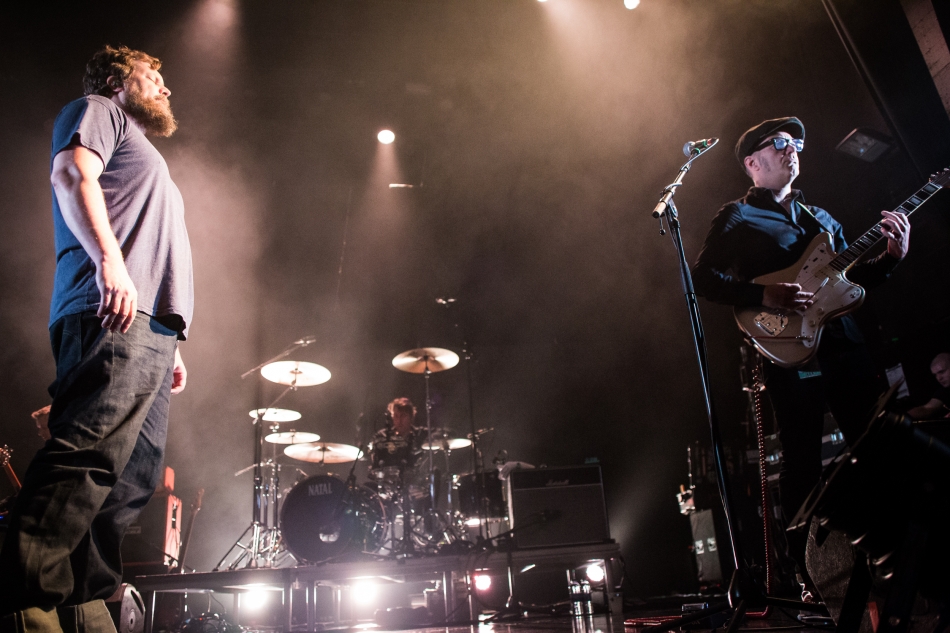 When Grant does play “Queen of Denmark,” everyone in the room treats the song like it’s their own, hugging the people they came to the show with and singing the last line of the song when prompted. It’s a strange warm and fuzzy feeling for song whose chorus suggests, “you bore the shit out of somebody else.” The love in the room was undeniably mutual.

As an aside, openers Fufanu were an odd fit for the evening, not sharing much in common with Grant other than his adopted home of Iceland. But the duo, fleshed out to a full band of androgynous, baby-faced boys for the tour, have an intense energy. Their singer twitched across the stage for half an hour to loud, electro-supported alt rock. They’re worth watching out for.