It’s a strange mix of emotions that come out of Kate Tempest’s show. Most of her set at Lille Vega is taken from her Mercury Prize-nominated album, Everybody Down, which tells the story of disaffected working class youth trying and failing to make a better life for themselves. It doesn’t sound like fodder for an uplifting evening, but that sense of encouragement is precisely the feeling you walk away with after her show.

Tempest opened her set with “Marshall Law,” performing the first verse as spoken word to a silent room before bringing in her band of two drummers and a synth player. 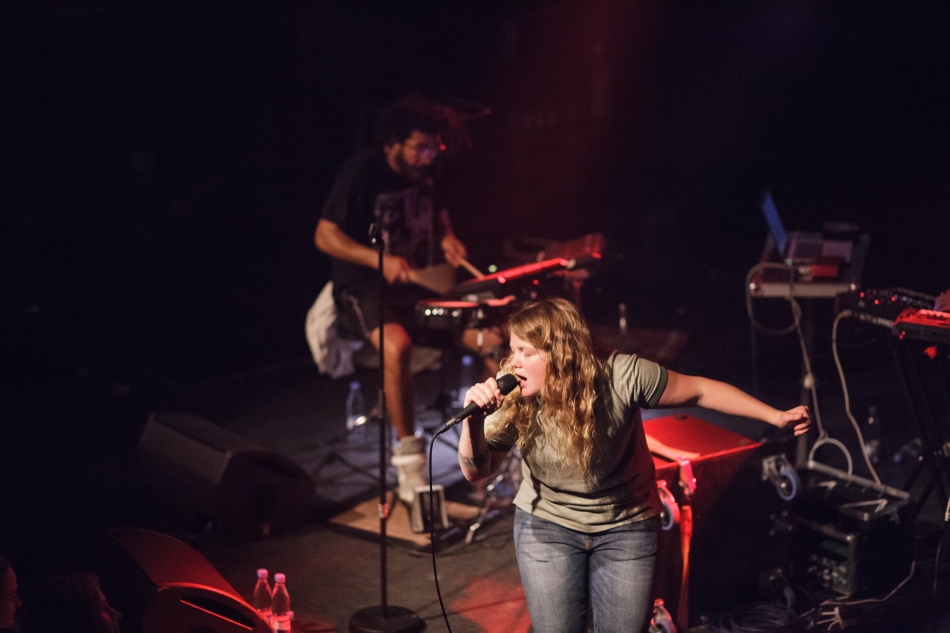 Having the live band instead of a majority of programming hugely contributes to the energy, with Tempest playing off of the other performers and, early in the evening, grabbing one drummer in a huge hug at the end of a song. But watching the interplay of the backing band on songs like “Good Place for a Bad Time” make you appreciate that the majority of her beats are live.
These are the details you can only really notice when Tempest herself isn’t at the mic. She’s engaging and difficult to look away from. Her rap of “Chicken” is at about double the speed of the album version, and the audience is almost unable to process her skill. 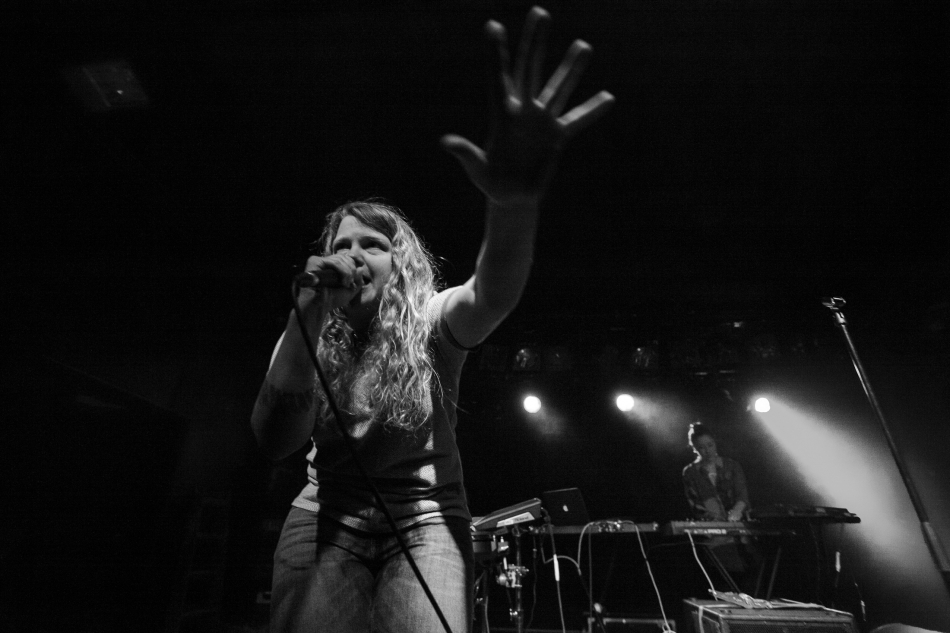 So when Tempest ends the night talking about the need for empathy, for the power of pursuing your dreams, there’s something youthful and infectious in this idealism. But she’s old enough and has been through enough for us all to believe that maybe, just maybe, she knows what she’s talking about.