”It’s impossible. People love him. It’s been sold out for months”. A friend texted me right before the show because he wouldn’t be able to make it. And he was completely right – people love Mac DeMarco. It couldn’t be said more accurate. The courtyard of Pumpehuset is filled with people an hour before the show and as Schultz & Forever take the stage a loyal crowd congregate to listen to a small set of songs before the main act. 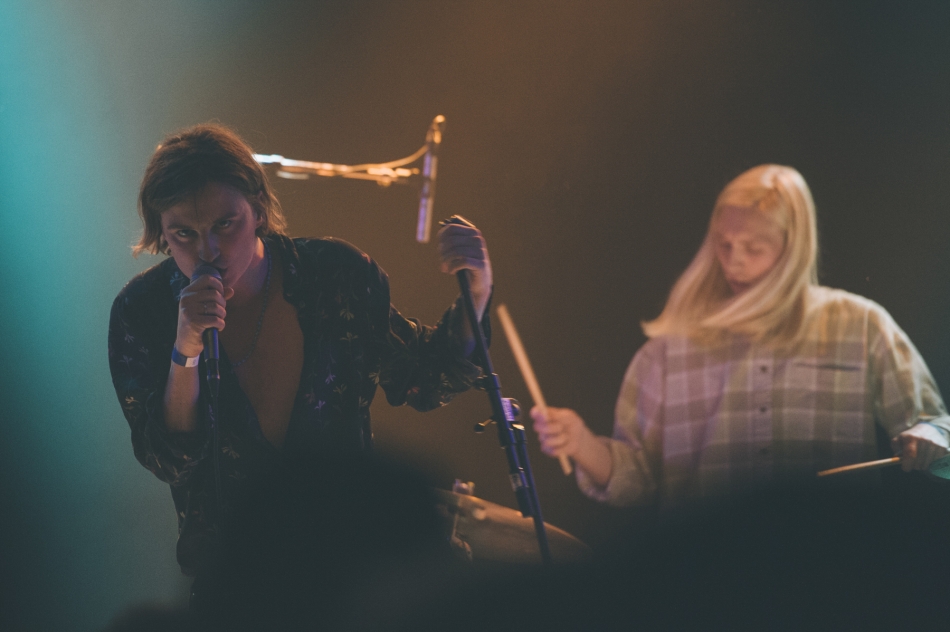 Schultz & Forever’s psychedelic pop tunes soothes the listener into a cool and dreamy universe where twangy guitar melodies and playful porno-synth intricate the characteristic voice of lead singer Jonathan Schultz. The five guys have their guitars hanging tight under their chins, but they play with a loose attitude without losing the grasp of performing well. An ideal choice of support. 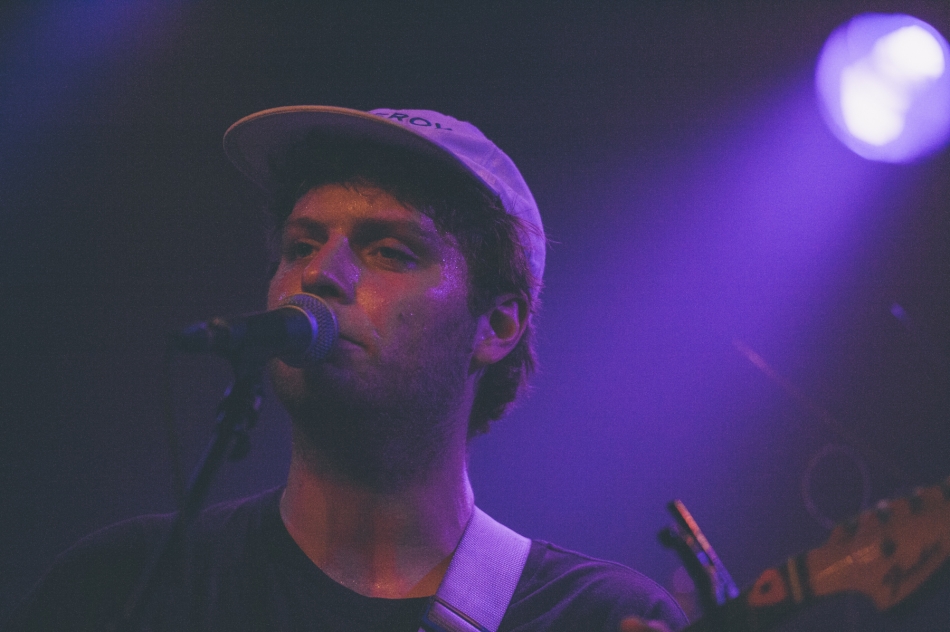 The entrance of Mac DeMarco and his bandmates suggests that we’re going to have a party – with armfuls of beer and the cap turned backwards on top of a grin DeMarco proclaims that this is a rock n roll show. Opening with a couple of newer songs and instantly kicking off a vibrating vibe in the crowd his words suddenly gain meaning (despite the actual musical gap between DeMarco and rock n roll in a generic sense). The joy of playing music is evident when looking at the band dancing around onstage while bursting out abrupt screams of joy. 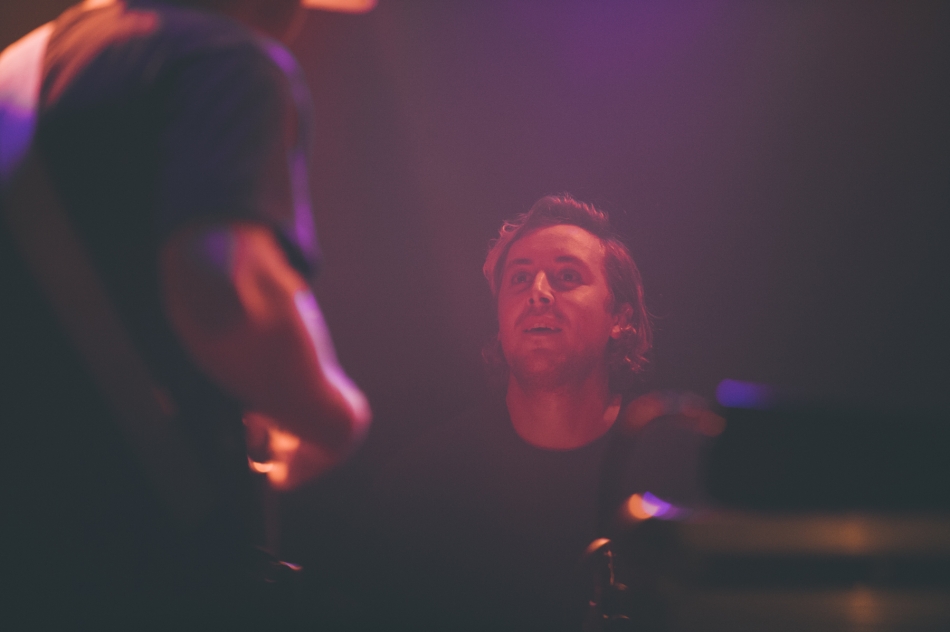 There is something very infantile about Mac DeMarco, both his music and his being – he maintains an unspoiled and somehow naive approach to being a musician, though his career is a professional one by now. However, it seems like it’s his kind of artistic credo to just have fun and so far it’s been enough for everyone.
The setlist consists both older songs and songs from the newest release Salad days. His tracks live are very similar to the record but that’s not necessarily a bad thing. Sometimes you just want to hear good songs played well. One of the older ones ‘Ode to Viceroy’ comes of as this night’s favorite with a reverb surf-guitar phrasing around the mantra of Viceroy cigarettes. But DeMarco is not an inresponsible young kid who glorifies the choice of smoking, he enlightens us about its sad consequenses just before lighting up a smoke. (No remarks!) 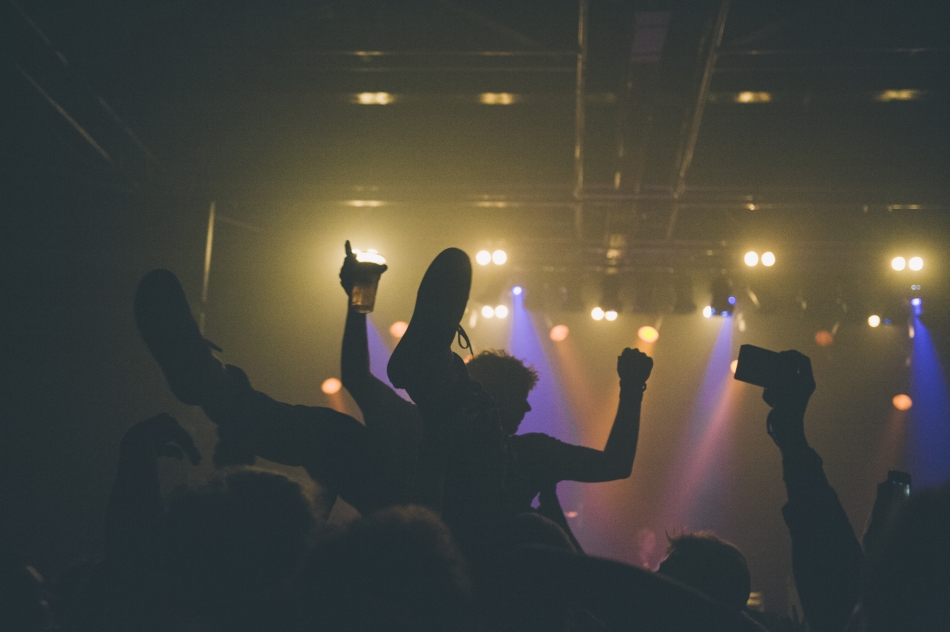 Demarco’s show’s are known for being unpredictable and free spirited, so when a young guy is invited on stage to crowdsurf it doesn’t surprise me, neither does it when DeMarco does the same thing all the way to the bar and back again. But that he managed to bring a full pint to the stage while crowdsurfing is just magnificent.

As the audience yells for an encore and the band rejoins us undressed with sweaty torsos I don’t know exactly what to expect for an encore, but Metallica’s ‘Enter Sandman’ surely wasn’t on my list. The band’s weird version of Bob Marley’s ‘Jammin” earlier in the show is nothing in comparison to these last fifteen minutes – guitarsolos en masse and Hetfield “yarling” coalesced in a noisy inferno. It is true what they say about Demarco’s shows; they are controversial and everything but conformal. I don’t know what more you could ask of rock concert on a Monday night, if anything maybe a little less guitar solos at the end! 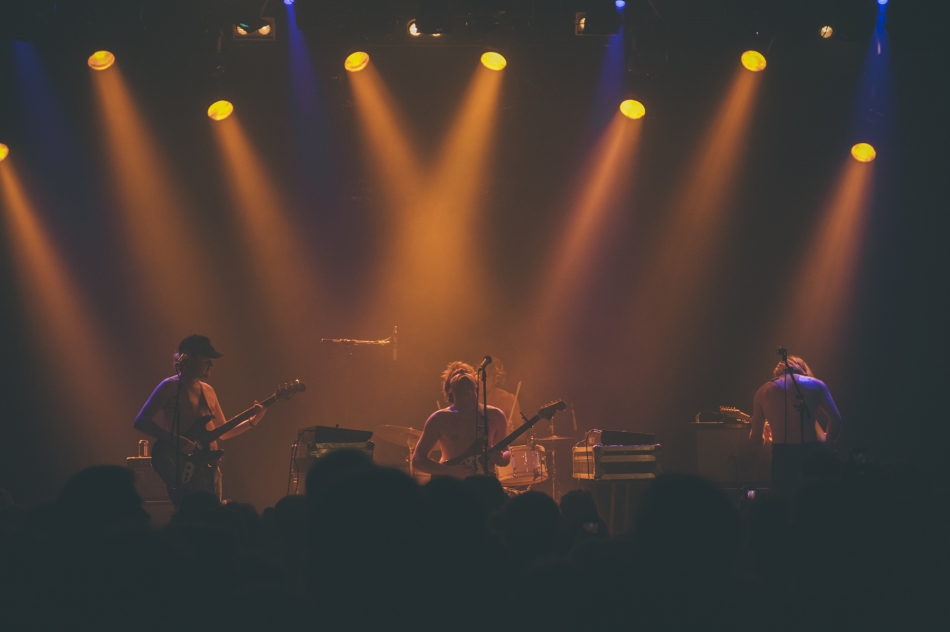