The Men: the generic name is revealing in itself. Initially labelled as a post-punk band, possibly due to the connection with Sacred Bones Records (home to Savages), the band’s last albums have steadily encompassed almost every genre of guitar-centric music, from psychedelia to hardcore. Their latest release, Tomorrow’s Hits, move back even further in time, with references to soul and Bruce Springsteen, albeit reinterpreted and speeded up to fit The Men at their most manic.

Loppen fills up with a varied contingent of long-haired dudes in black t-shirts, the usual entourage of shirt-buttoned-to-the-top teens, and assorted older hipsters. First on stage, Communions have become so familiar to me, and one presumes the readers of Here Today, that describing their set seems rather futile. Check our reviews of Traams or Iceage, or wait for their session with this website. 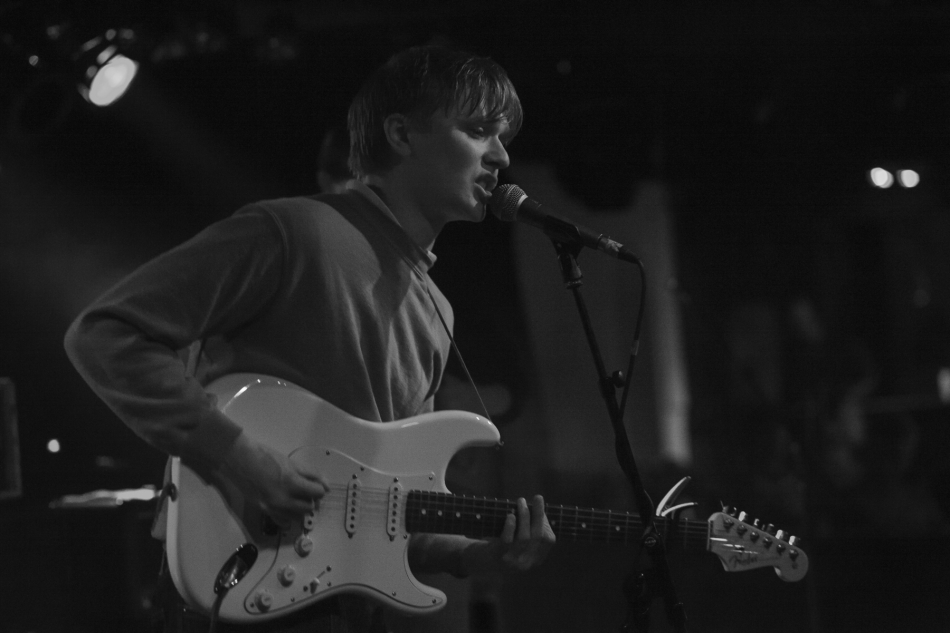 Having fallen behind schedule, Total Heels are determined not to waste a second of their set. “We are Total Heels, we’re from here” exclaims a frantic frontman, assuring us they will only play twenty minutes. He looks determined to punch a clock until the minute hand thinks better of this whole moving forward business. Like a beefed-up Question Mark and the Mysterians, the four-piece have an energy that is rare in these cynical times. They should also be commended for filling the press photo section of their website with pictures of puppies and promo shots of Vampire Weekend.

Finally the Men arrive at midnight, and in the spirits of the previous bands, waste no time with stage banter, ploughing through songs at a ridiculous volume. Though they have the loudness and unmistakeable bass-tone of a hardcore band, the Men are more focused on instrumental jamming, sharing vocal duties in intermittent bursts. No matter how disparate their influences on each song, there is a surprising continuity between the new material and that from previous albums. 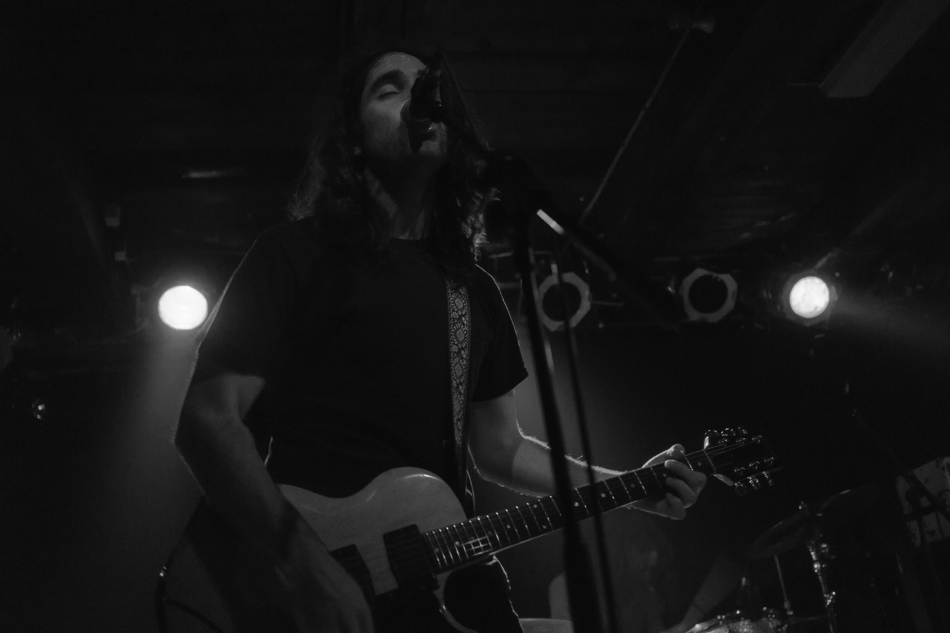 Live renditions of brass-driven tracks like “Another Night” tend to veer away from their E-Street Band associations, with the odd Allman Brothers guitar lick substituting for a saxophone stab. Mark Perro’s keyboards only really make sense in the new songs, but they never seem out of place, in spite of the cheesy reputation that keyboards usually have in punk. And though for the most part the Men rely on their older aesthetic when playing live, it is their newest single “Pearly Gates” that gets the most enthusiastic reaction.

Loppen is the perfect location for this brand of bar-rock, unpretentious and unapologetic. No one is pretending it’s the seventies or eighties, but then again I don’t think anyone gives a damn that it’s 2014 either.

Bob Hund Communions Ratking Noel Gallagher The War On Drugs Father John Misty
Photos by Morten Aagaard Krogh (mortenkrogh.com) and Tom Spray (tom-spray.com) Bob Hund Communions
This year’s Roskilde Festival is not a normal one for The Entrepreneurs, an