It’s Metz’s first time at Loppen, but not their first time in Copenhagen. After doggedly touring here over the years, there is a crowd of devotees that have turned out for the band, many in their Metz t-shirts, and some buying them at the merch table to put on immediately over their long sleeved shirts.

This was not an audience that would stand passively by, and less than halfway through the set there is a presumably drunk fellow dancing on stage with the trio. From opener “Headache,” there is scarcely a break in the chanting or fist-pumping, making it feel a little like a basement show in New Jersey (a positive in terms of energy, anyway). 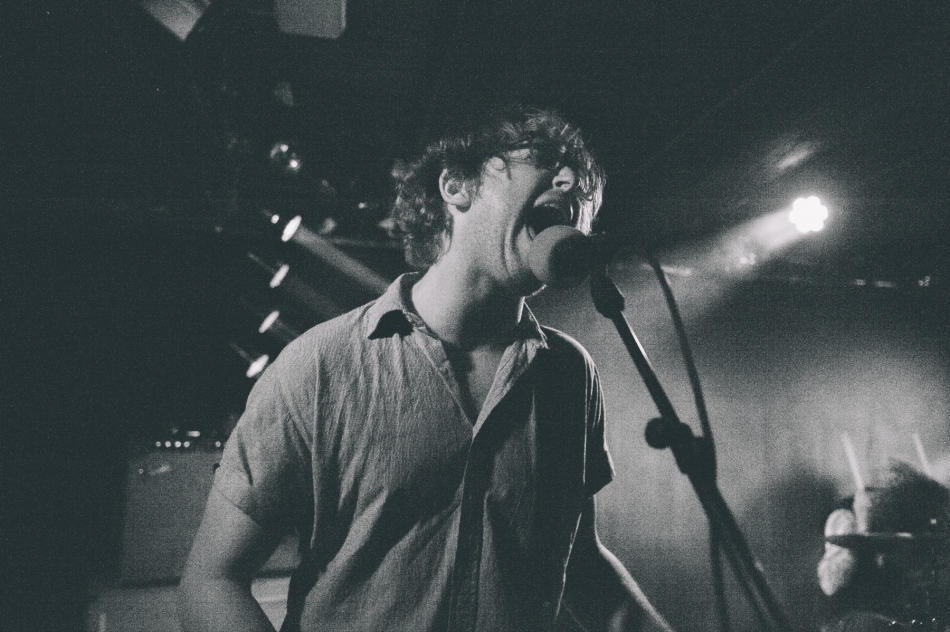 Amidst the more obvious thrashing and clanging Metz are associated with are circular, looping motions within the songs. But you could never be swept up in these movements, because the band themselves are constantly twitching to throw off that repetition, and there are flashing lights blinding you with a redoubled violence the band don’t exhibit themselves. Though far from low energy, the boldest move of the evening comes when singer Alex Edkins climbs on the drum kit only to find out just how low the ceilings at Loppen are (earlier in the evening, the singer of opening band Crows made a similar discovery when he climbed on a speaker).

Metz just released their second album, II, earlier this year, which is why it’s unexpected when they introduce something newer still. The song, “Eraser,” released as an as-yet non-album single only a week ago, is a frayed song that feels constantly pulled back from the brink with an easy to shout along chorus. Which is convenient, because Metz’s lyrics can feel incidental to the screaming; Edkins is not one for enunciating, and the reverb on his mic doesn’t make it any easier to understand him. He is, albeit, understood clearly enough when he announces their last song, and maybe that accounts for the abrupt way the house music is brought up before he can finish saying good night.