Going on tour is hard work. There are long journeys, late nights, early mornings, sweaty clothes, cramped quarters, etc. On top of all that, you have to actually look like you’re enjoying yourself when you perform. How unreasonable. MGMT’s sold out performance on Tuesday night at Store Vega could have been an amazing concert, if they’d only bothered to smile and bob about a bit.

All the ingredients are ready before they go onstage for MGMT to put on a great show. The warm up band were popular, there’s a large white screen behind the stage hinting at a visual show, and they’ve only recently started the tour, so they should be full of beans. The audience are nicely pumped up, and the notoriously annoying fan base are not too bad. The lights dim and make way for an echoing robot voice cooing the band’s name over the speakers. This should be good. 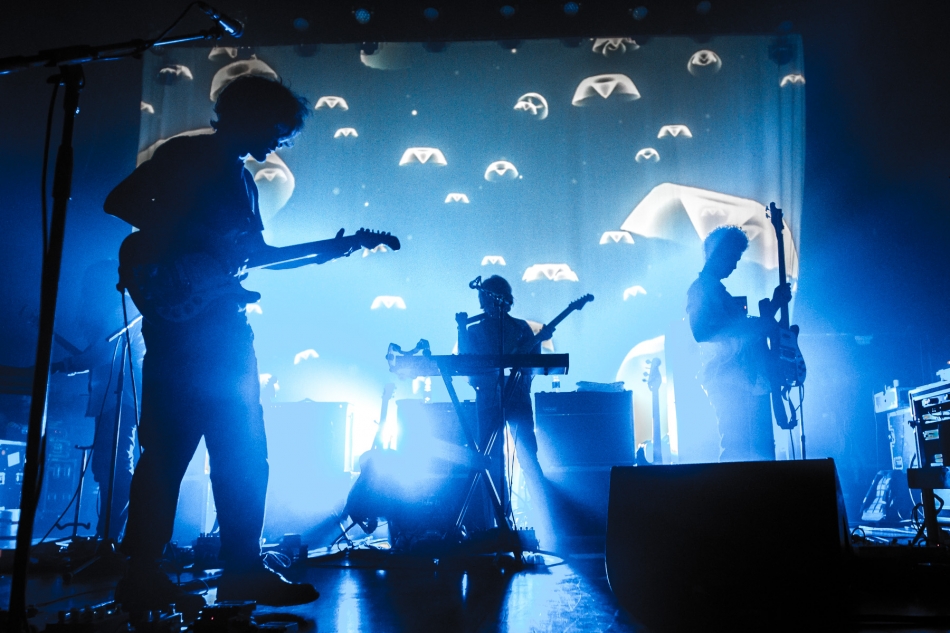 However, it does not take too long to realise that this is not going to be a five star review. The show starts with the minor chord psychedelic track “Mystery Disease” from the new, self-titled album, a song that could be full of anticipation and low rumbling energy, if it was delivered that way (which it’s not). A trippy visual of contact lens-like shapes flipping and exploding accompanies the song. Just as well really, because the band are not proving very interesting to watch. There’s no energy, no passion, no movement. The group of jumping and thrusting bros down the front seem to be enjoying MGMT’s music more than the band are.

As that chiming opening riff from “Time to Pretend” takes over from “Mystery Disease”, everyone in the venue, in a predictable fashion, bursts into energy and enjoyment, and there seems to be potential to salvage this concert. Everyone, that is, except MGMT, who continue to stand and play without smiling. Colourful videography decorates the back wall with amazing psychedelic visuals, including silhouettes and projections of the musicians themselves, moving and stopping, pixellating and smudging. The band are not matching their vibrant show.

Now don’t get me wrong. Musically, MGMT are performing brilliantly. Better than I had expected. The band range and rove over three albums, and every sound is refined and considered. The large number of performers in the live band skillfully recreate that rich, synthy signature sound. Store Vega is even graced with a giant cowbell player, “Be Aware” emblazoned on her instrument, for “Your Life is a Lie”. “Kids”, the hit track the band has tried to ditch from its live performances for a few years now, is played, and once again proves itself to have one of the best opening riffs of the 21st Century. It’s bigger and better having had a few years’ break, with a large instrumental section. MGMT should look so proud of this song, but they just continue to look remarkably bleak. 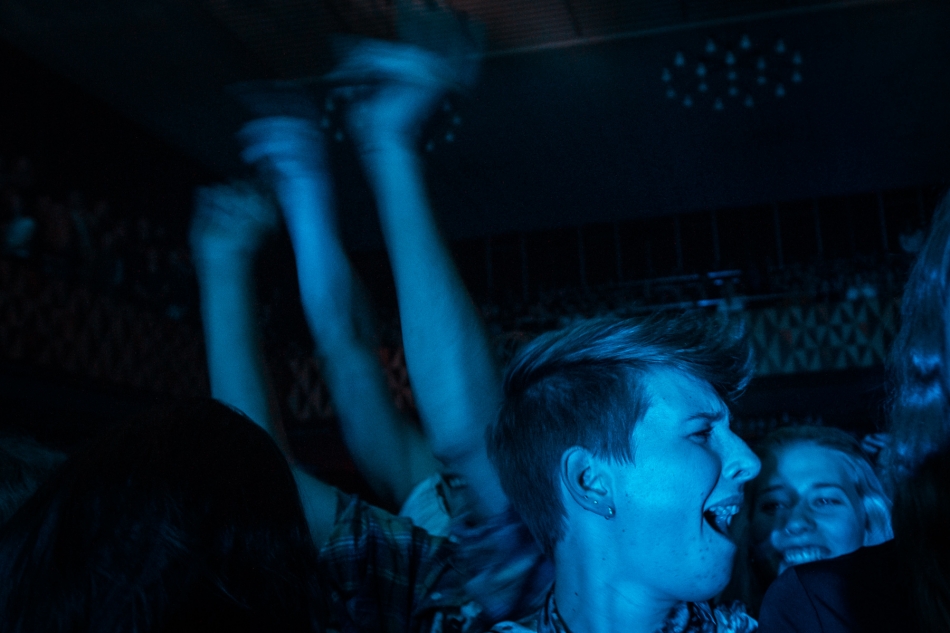 I’ve been trying to work out frontman Andrew Vanwyngarden’s fuzzy, brown, polka dot trousers all evening. I decide that they’re really pyjamas, because he looks half asleep. If it hadn’t been for the graphics, it would have been more fun listening to the concert whilst looking at the wall. The band have only recently started their tour, and won’t stop until January. It’s a bit early to be looking tired, chaps.