The West-coast psychedelia of Moon Duo, full of prehistoric riffs and driving rhythms, has packed Stengade on a Wednesday night. The former duo, now a trio with the addition of a drummer, are riding the waves of glowing reviews for their latest album, Shadow of the Sun, a work which adds real meat to the band’s sound.

Certainly the inclusion of John Jeffries on drums adds heft and urgency to the live sound, relentlessly propelling the band forward. Tonight his presence is heard rather than seen, as his drum kit is completely obscured by a thick screen of smoke. But no matter, the audience at least has the satisfaction of being able to see Ripley Johnson’s Rasputin-esque beard and the effortless intricacies of the wonderful Sanae Yamada on keyboards. 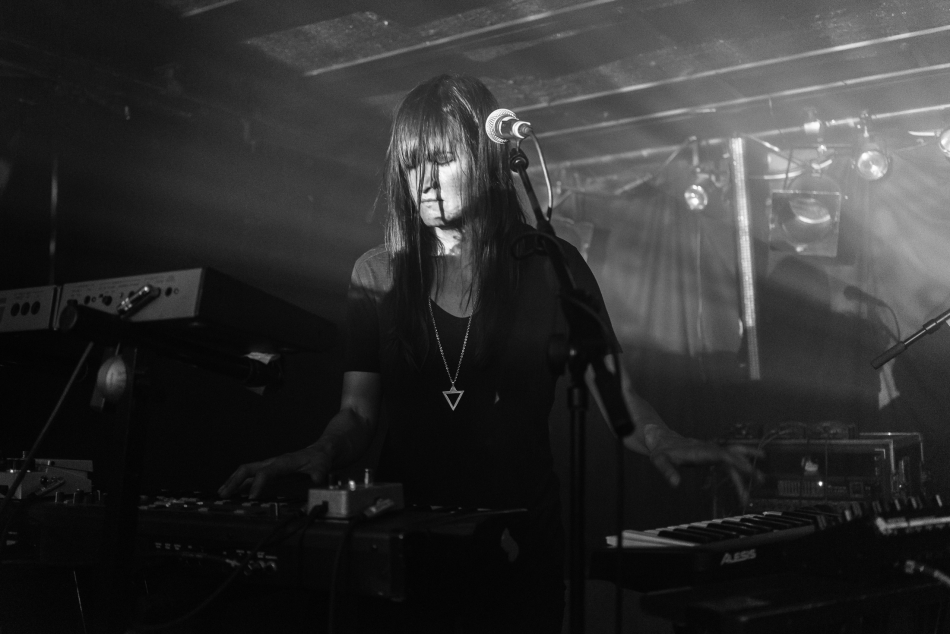 The band begin with album-opener “Wilding”, a fast, twitchy psychedelic pop song, something like a sped-up Suicide track. Skilled though the band clearly is, their strength is in their simplicity, the devotion to three-chord rock’n’roll riffs, and more importantly, to the perfectly sculpted sounds of organ and guitar. It’s music that sounds familiar, yet completely current and urgent. Their latest single, “Animal”, perversely has their drummer imitating a drum machine, over which they layer a chugging horror-theme of a riff.

The room is packed, hot and filled with smoke. Sweat trickles down as heads bang and girls do that thing where they shake their hair from side to side (have you noticed this seemingly gendered pattern, boys nodding and girls shaking their heads?). Hardly a second to breathe between each song, the set flashes and burns out after just 50 minutes, concluding our travels in the murky magical land of Moon Duo.