Listening to any of Protomartyr’s albums, and in particular focusing on the deadpan delivery of singer Joe Casey, it’s that their show at Loppen will go one of two ways: Either Casey will be a complete maniac on stage, or he’ll match his dry delivery with every other aspect of his being.

As it turns out, it’s the latter of the two options. Casey is as nonchalant in his body language and facial expressions as his voice suggests he would be. When he does growl, he’ll immediately avert his gaze as though he surprised himself. It’s hard not to look at him, not just because he’s center stage, but because he’s in the middle of so much more overt activity. It’s especially clear at the halfway point in their set when they play “The Devil in His Youth” and the band band have loosened up and a few hoots are called from the crowd, but Casey is singing with one hand in his pocket. 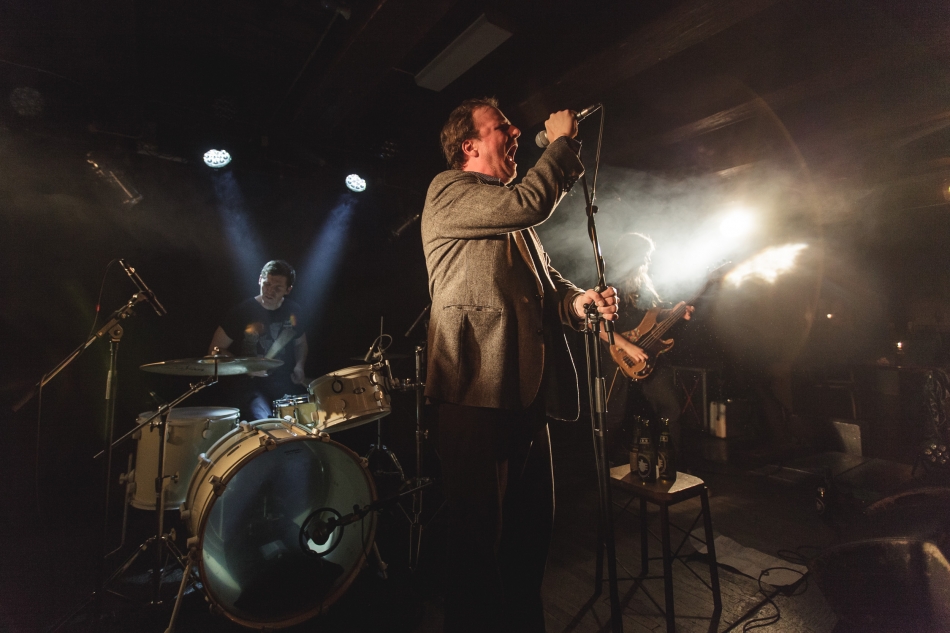 This does serve to highlight the charm of their bassist rocking back and forth on his toes with surprising lightness. Protomartyr are not a bass-heavy band, and it would be easy to overlook his contributions, however when you can see him literally in time with their drummer, it is immediately clear just how strong their rhythm section is.

Their natural energy is a good counterpoint to a singer who, meanwhile, is placing a failed balloon animal that has made its way on stage next to his beers as though this were perfectly normal (in the encore, he’ll conjure that it’s a “sword – I hope”).

What makes such a reserved performance so watchable is undefinable, but by the time “Why Does It Shake?” rolls to a close we’ve all been sucked into the peculiarity. You definitely won’t get the same thrill just by turning up the volume on the album.