The reunion cycle for bands is pretty predictable: First swear you’ll never reunite, then get back together playing venues and festival stages larger than at any point in your initial career. Everyone will hold their collective breaths and pray that it’s not an embarrassment, then proclaim it a triumph, possibly with tears in their eyes.

Refused are now at the point of starting over, despite all protestations from their camp. Their show at Pumpehuset was the beginning of a new tour to promote a new album — their first in 17 years, out in June — playing with a new guitarist (who happens to look like Billy Crudup in Almost Famous) and opening with a new song.

What is the same, however, is the essence of why anyone cared that this band was coming back. They are as loud and as tight as ever. Frontman Denis Lyxzén has the same startling, sustained levels of energy, dancing, jumping, instigating the crowd, spitting water, though gingerly sipping hot tea while the band plays. 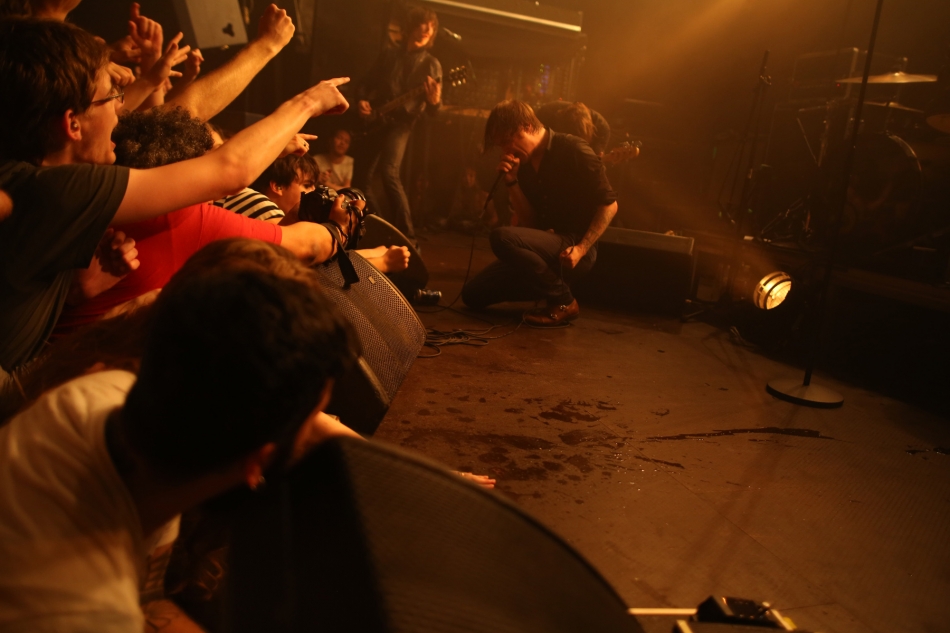 The audience is full of an energy that borders on violence, with the first stage diver appearing only minutes into the opening song, the new track “Elektra” (Note to all would-be stage divers: Make sure, unlike this first diver, that there’s someone to catch you before you jump).

Refused debut three songs from their new album, Freedom, the standout of which is “Françafrique,” with its dancey, disco rhythm and Shape of Punk… crunch.

It would be easy to let the moving target of Lyxzén distract from the rest of the band, but if the band as a whole did not equal each other in energy, if there weren’t a certain number of kicks and jumps framing the stage, then the singer’s slick dance moves would just make him look a fool.

But the sweaty man in the nice suit who jumps into the crowd for main set closer “Tannhauser/Derrive” and is immediately swallowed up by flailing bodies doesn’t look foolish at all. We can debate all day about punk ethics, selling out, and authenticity, but as of right now, there’s no denying that what they’re doing is a good time.

Crowd surfers that made it to the front: 2 (one of which got to the stage, then dove off of it)