There’s a strange air at gigs of bands who hit their commercial peak in the ‘90s but never broke up. It’s the oddity that always being around never created more demand, that their availability didn’t spark the imaginations of a younger generation who could only hypothesize what it would be like to see them play live, that the devoted are the same devoted of 25 years ago.

And with that in mind, the vibe at Teenage Fanclub’s Vega show is curiously energized. These are the same devoted of 25 years ago, middle-aged or closing in on it fast, but they aren’t stuck in the early ‘90s. These are people who know the words to the songs from 2016’s Here, who call repeatedly for “Baby Lee”  (which doesn’t get played), who erupt when the band plays “It’s All in My Mind.” They’re the sort of crowd who have seen this band many times before and know the earliest work is saved for the very end of the set and wait patiently to hear it.

Teenage Fanclub themselves hit on a signature sound somewhere around the release of Grand Prix, and their new songs blend seamlessly with the old. It helps that over the years they’ve all become stronger singers, stronger players, and have found a place for their keyboardist/third guitarist to add an extra, shimmering layer to every song. It’s not a flashy or visually stimulating set, but it’s technically solid and full of positivity.

Norman Blake in particular looks incredibly happy with his lot in life. He’s not bothered by the middle-aged couple down front talking selfies with the band behind them, nor is he fussed by the woman in a red dress who jumps up on stage towards the end of the set. All of the band look perplexed, but the woman, dancing around the stage, isn’t being obnoxious, isn’t getting in the way, isn’t trying to assault the band, so everyone lets it slide. She dances with their guitar tech and when the song ends gives a courtly hand to Blake, who looks amused and charmed. It’s about the least embarrassing way that scenario could have played out.

The lead up to the end of the evening rolls back the clock through “The Concept” and “Star Sign” before landing on their debut single, “Everything Flows.” If you’ve listened to the album version of “Everything Flows,” it’s easy to appreciate how much more tuneful the live performance is, how they’ve learned to build on the foundations of what their music was then but retain the raw, ramshackle energy that made it exciting in the first place. It’s a little emotional to watch because even if you as an individual do not have that attachment, everyone around you does. The band does. And it’s a good moment. 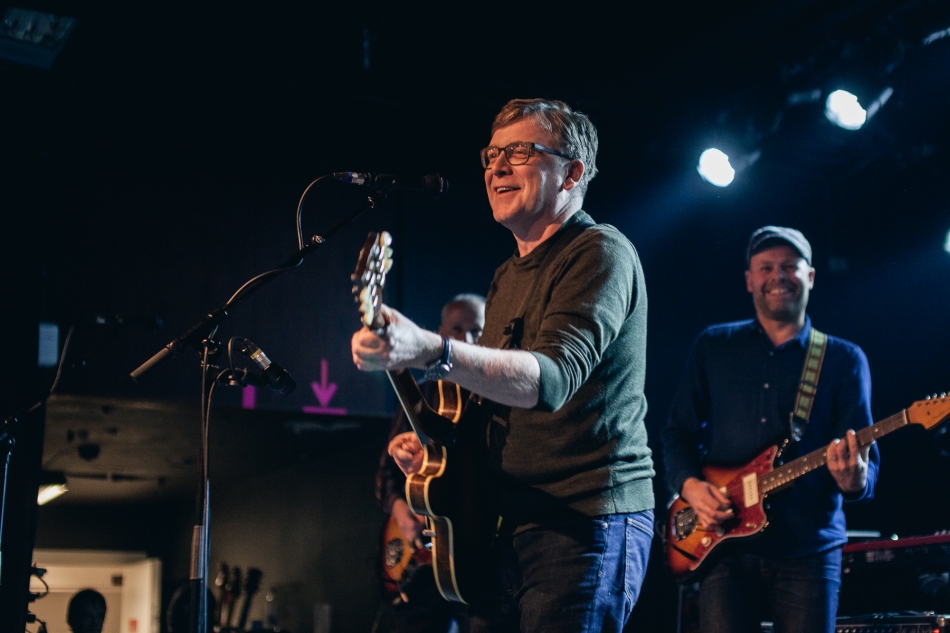