Thirty years of playing together and 16 albums to their name, there are a few things you can comfortably expect from the Necks: each of their records will drastically differ from the previous one, they will elicit both fanatical devotion and uncomprehending boredom, and their live sets will always be magical. The Australian three-piece–consisting of Chris Abrahams (piano), Lloyd Swanton (double bass) and Tony Buck (drums)–on paper sounds like fairly traditional jazz trio, but they are further from this than any newcomer could imagine. Instead of solos, complicated time signatures or key changes, we have slowly developing repetitions that build on each other, closer to ambient or contemporary classical than to Coltrane.

After seeing the Necks play in the intimate Brorsons Kirke last year, Christians Kirke offers a markedly more theatrical setting, with its marble altarpiece, glass chandeliers and wooden galleries trimmed in gold.  The large bass amp sits immediately in front of the altar, but the spectacular quality of the setting belies the slow revelatory patience of the band. As Swanton tunes his bass the other two sit calmly in front of their instruments, eyes closed, waiting to find out who will make the first move tonight. 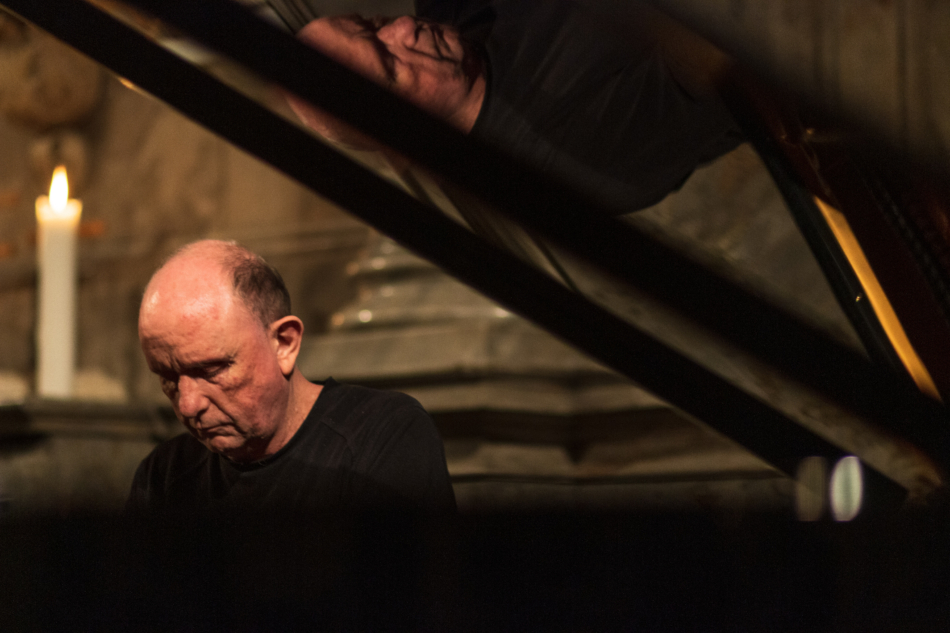 Once you know to expect it, the beginning and end of the Necks’ sets (they usually do two of around 45 minutes each, with an interval) become incredibly charged moments, and tonight it is Abrahams who stirs first, with some simple, searching piano chords. Swanton picks it up and distills this into a simple two chord repetition, a quiet but insistent hi hat dropping in from Buck.

The hypnotism that emerges from this makes the Necks a hard band to write about, the feeling lingers but the details are hard to pick out. This in fact is a quality that can emerge in the very moment of listening to them, and can in fact produce the opposite, sonic mirages. There are many times when, in the speed and intricacy of the piano arpeggios, I start to hear a single repeated note that sounds at first like the bass, only to see that Swanton is playing something completely different, or find myself hearing completely different instruments, saxophones or violins. 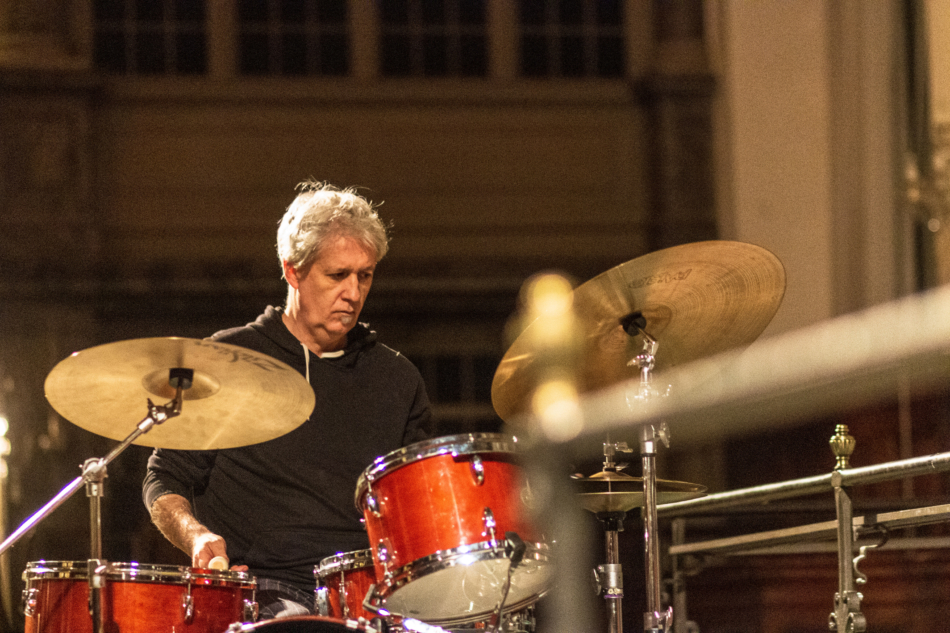 On this night the biggest surprise of that nature is produced by Buck, at the end of their second set. Just as the piano and bass begin to simmer down to a single repeated note, an astounding, monstrous chords emerges out of nothing: a small cymbal being dragged against the skin of the floor tom.