My first visual experience of White Hills, probably shared with a majority of the audience at Loppen, was their appearance on the Jim Jarmusch vampire flick, Only Lovers Left Alive. In a scene towards the middle of the movie, the leather-clad vampires are being serenaded by the band in a grungy venue in Detroit. When the set ends, someone asks Tom Hiddleston’s character if he wants to meet the band, and is answered with an emphatic negative. The reason is evident enough: the band looks fictional–bassist Ego Sensation sporting a tight, ruby red outfit and see-through bass, and frontman Dave Weinberg writhing around in a 70s polkadot shirt, the spitting image of Alice Cooper–, cannot sustain itself under the harsh scrutiny of the daylight world.

But this evening’s encounter on the borders of reality is worth it. White Hills’ latest LP, Walks for Motorists, quite apart from having a fantastic title, is also a satisfying evolution in the band’s explorations of dark psychedelic rock. As if to acknowledge Jarmusch’s endorsement, Ego and Dave have added elements of goth and no-wave into the mix.

Perhaps the most obvious of these influences can be witnessed on album and set opener, “No Will”. Its riff is lifted wholesale from legendary goth-rockers Bauhaus’s single, “Dark Entries”, and the chant of “No will!” matches perfectly the “Dark entries!” chorus. But in spite of these musical appropriations, the tone of many of these tracks, particularly evident in Dave’s vocals, is more akin to Killing Joke, full of sexual aggression. All these elements are reconfigured to fit the long-form space-rock of White Hills, resulting in something I’ve been referring to as stoner-goth.

In a gig setting, songs from different albums tend to approach uniformity, particularly within this genre. I could try enumerating the songs in sequence, but to do so appears a little fraudulent. There are of course exceptions, like the aforementioned “No Will” and the Swans-esque “Wanderlust”, but to experience a band like White Hills is to abandon a sense of time for the duration of the gig. Instead of listening to a song as a series of discreet sounds in sequence, one tends to perceive the music as a series of shifting and modulating textures.

By the end of the set I am elated that the band has not collapsed in front of me in a dust of rock and roll archetypes. We have climbed up White Hills, and have returned safely. My only regret is not bringing sunglasses to the gig. 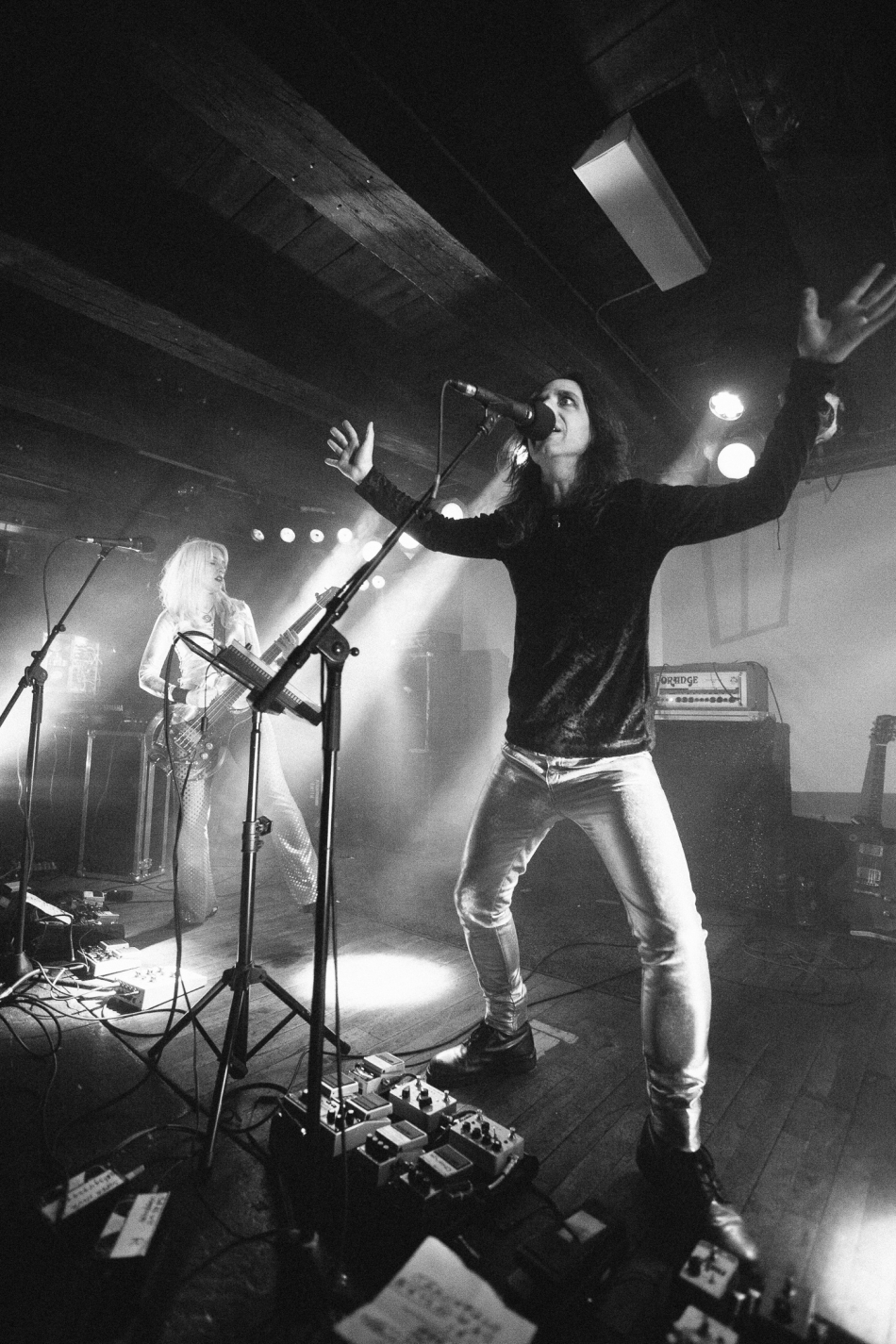