I joke that the first band tonight are Canada’s finest Faust cover band. In fact, the four multi-instrumentalists of Absolutely Free, while remaining strictly faithful to their krautrock forebears, have the energy to break free of their influences and keep an audience fixed in the present. I say “an audience”, because this one is having none of it. More fool them.

Like fellow chillwavers (kill me now) Washed Out, Youth Lagoon have moved away from the cold, laidback synth shoegaze they are known for, into some kind of hippie folk/prog mess. Front man Trevor Powers has also followed Washed Out in employing Ben H. Allen as producer for Wondrous Bughouse, purportedly resulting in a more bottom-heavy record. But whereas Washed Out’s Earnest Greene has a charm and sense of fun that shines in a live setting, Trevor Powers has somehow managed to become even more snotty. His high, nasal voice makes me back off to the other side of the room, and no promises of “making this night special” are going to win me over. 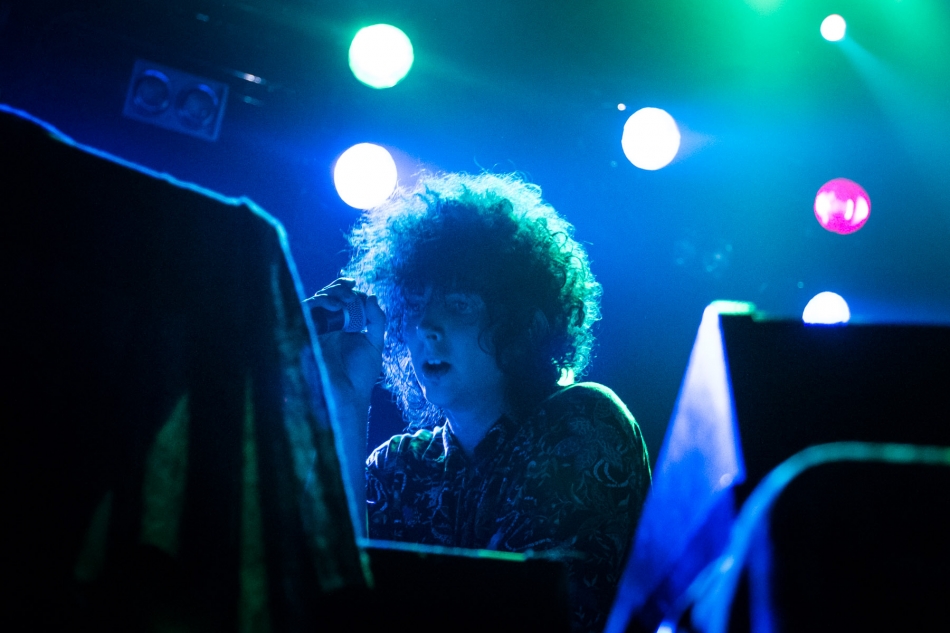 The faux naïveté of “Dropla”, while a definite crowd-pleaser, proves that lullabies and nursery rhymes are much more complex than they might appear, and Powers isn’t going to get any closer to that complexity by singing like a neonate. I’ve turned into Will Self out of rage.

Several songs result in some extended jam sessions, which have quite the opposite effect of Absolutely Free’s long-form songs. When Youth Lagoon employ repetition, it feels like a lack of ideas. It might also have something to do with genre. Chillwave replied on one specific sound, rather than songwriting, and in moving away from that sound, Youth Lagoon appear as a very generic indie band. Absoultely Free, however, can rely on a genre whose conventions are both powerful and liberating. The motorik beat effectively divides the listener into two separate time zones of attention: the urgent present, and the long-scale form of the song as a developing pattern. That’s how the pleasure in repetition works. But as Youth Lagoon drone on, I would prefer my self to be divided into somewhere far from this.

VIEW THE FULL GALLERY BELOW