Nick Cave does not crowd surf. He hovers above the audience, on their hands, their shoulders, and as he leans back and raises his arms he reminds me of baroque religious paintings by artists like Francisco de Zurbarán and  Caravaggio with his hair black as tar, the silvery shirt and the hands of the crowd stretched towards him.

Nick Cave and The Bad Seeds live is one long magic moment.

From the beginning there is no hesitation; the band of seven simply walk on stage, Nick Cave puts is hands in the air, says hello, and goes directly into “We Know Who U R” from the bands 15th. studio album Push The Sky Away. It takes them just about five minutes to get warm and from then on and until the fourth encore, the quite “Give Us a Kiss” that did not make it onto Push The Sky Away, Nick Cave & The Bad Seeds simply rule Falconer Salen.

After the second song, “Jubilee Street”, I note: “It is long time ago since I felt like kissing the feet of a man” – which of course should not be taken too literally – and on the following pages words like “YES” or “WOW” occasionally appear written in very large letters. Pure excitement. When Warren Ellis plays the violin, it is a violin so longing, haunted, lonely that it goes right to you bones, and when the drummer hits the drum like a gunshot in “Stagger Lee”, it is a sound that leaves you cold, and when Nick Cave takes the hands of the audience and makes them touch his chest while singing “Listen to the beating of their blood” it is iconic. All through the concert Nick Cave stays in character while connecting with the audience making them participants in the staging of the songs. 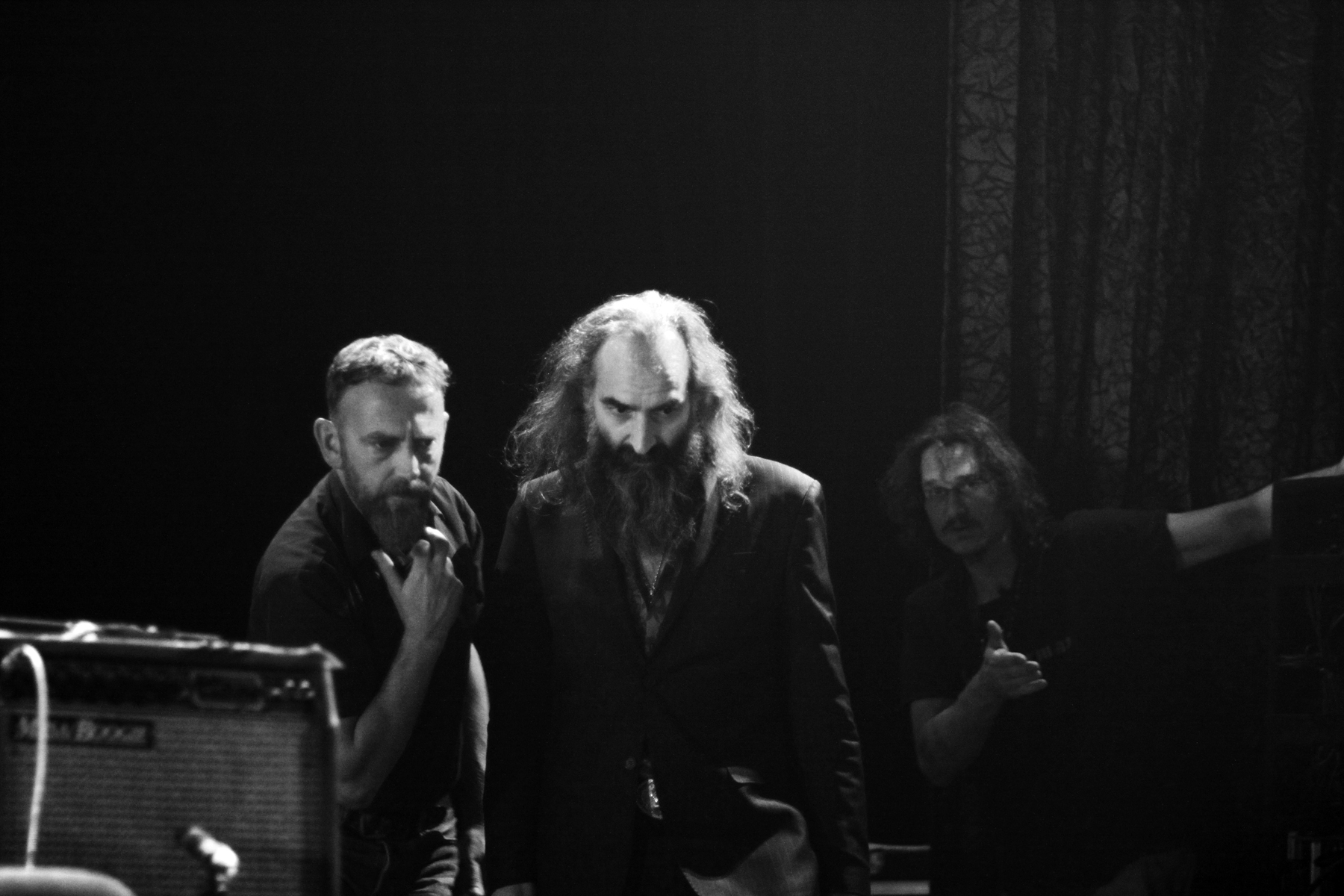 The setlist consists of older songs like “Mercy Seat”, “Tupelo”, “Do You Love Me?”, “Into My Arms” and songs from the new album Push The Sky Away. Every song is performed with urgency and passion. In a recent interview with Rolling Stone Nick Cave explains:

“Certain songs are living things. “Your Funeral, My Trial” [from the 1986 album of that name] – we played it four or five times on this tour, in a row. One night, I just felt it had drawn its last breath. It died in front of me as I was singing it. I said to Warren, “That’s it for that one.” We don’t play the hits. They are the songs that have the power to survive.”

The dedication, the continuous attention to the songs, to where they are now; you can really feel it. Nick Cave & The Bad Seeds are not just “covering” their past; every note you hear feels relevant. The songs are still alive, though some are over 20 years old .

I have had months where I only listened to Nick Cave & The Bad Seeds. November 8th 2013 I had my first experience with the band live. Never would I have dared to expect such a complete concert.

With the sun back in full force,
1. Autre Ne Veut – Anxiety Arthur Ashin’s