There is a triumphant quality to Future Islands’ entrance on stage of tonight. Selling out two back-to-back shows at Store Vega might not be the ultimate indicator of a band’s success, but when they have previously been relegated to the venue’s smaller cousin for most of their career, it stands as a reminder of how much the band has achieved in the last two years. 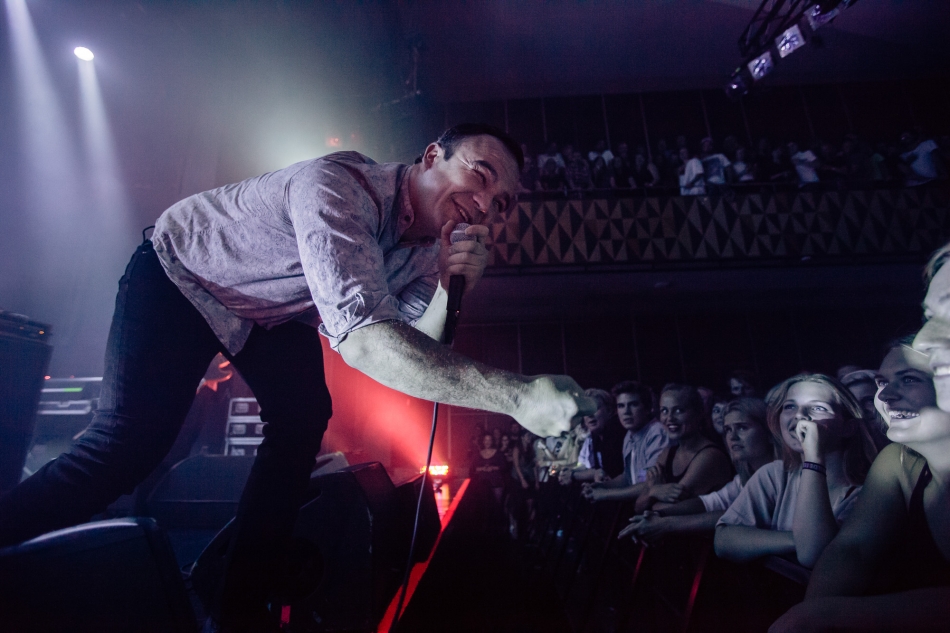 Having recently celebrated their 1000th concert–and toured their last album, Singles, for more than a year–, the band are in a slightly nostalgic mood. Interspersed with the big crowd pleasers like “Seasons (Waiting on You)” and “A Dream of You and Me” are a wealth of songs from their back-catalogue, including some that haven’t been played for several years. “An Apology”, with its delicate synth riff and trademark impassioned vocals, stands out as a reminder that, though most of us hadn’t heard of Future Islands before the success of Singles, the band has been releasing consistently brilliant pieces of left-field synth-pop since 2008. 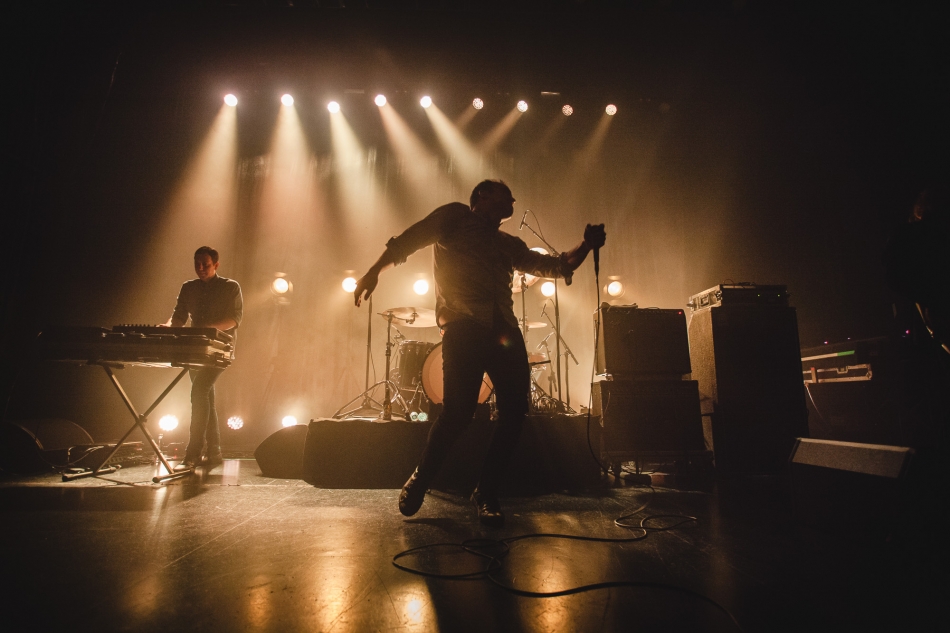 Frontman Sam Herring’s vocal and physical performances have been the main talking point around Future Islands since that Letterman performance in early 2014, but when viewed in the flesh his idiosyncrasies become even more apparent. Breaking into a torrent of sweat by the first chorus of opener “Give Us the Wind”, Herring flails his arms, beats his chest, makes impassioned but gnomic gestures. Caught in the enthusiasm of performance, his soul-infused crooning switches more and more into guttural Death Metal howls. 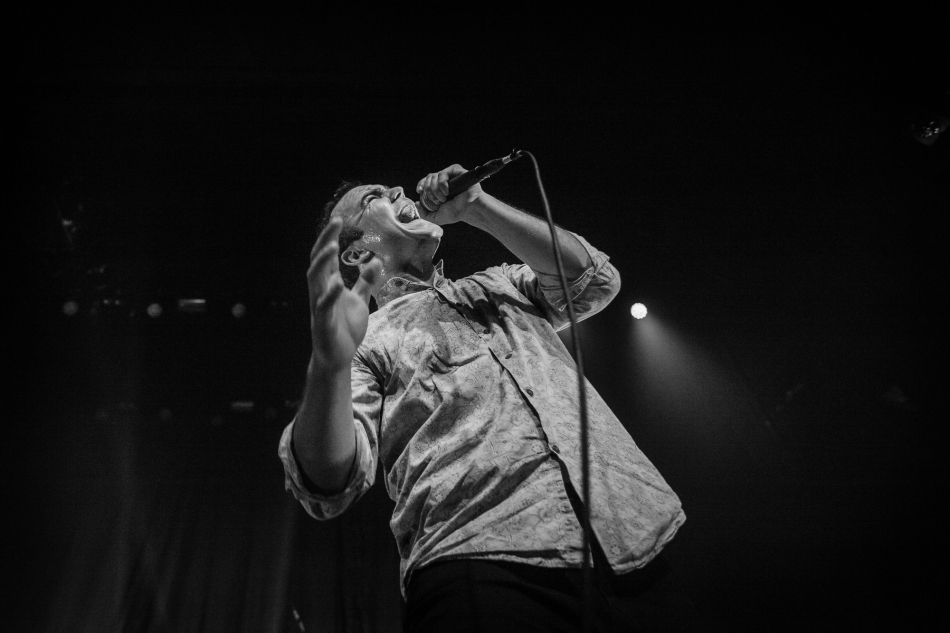 It is a rare thing to see a crowd this impassioned, so genuinely excited that they whoop and cheer whenever Herring waves an arm or reverts to his notorious dad-dance. During “Spirit” the floor is vibrating at a frequency that threatens to plunge us all into the venue’s foyer. That’s why Future Islands can sell out on Saturday and Sunday, and probably the rest of the week for that matter.

View the photos from the concert with Future Islands here