This year’s Roskilde Festival comes amidst a dry summer of almost uninterrupted sun. This leaves us with the quandary of what’s worse, dust or mud? For Wednesday, we’re not sorry for the sunshine. It’s an easy day with great sets and not enough time for the sunburn and dehydration to set in. But someone almost definitely knocked over a piss trough near the Arena stage, so there’s a possibility that things can change very quickly.

Nihiloxica
Nihiloxica, the first band to play the Apollo stage at this year’s festival, brought a frenzied and buoyant energy to start things off. With five percussionists in a row onstage and one synth/laptop/electronics player behind, the group, comprised of four Ugandans and two Brits fused tribal, trance-like African rhythms with modern electronic synth textures that would be equally at home at a dark techno warehouse. The intricate weaving polyrhythms of the Kampala drums were anchored into a tight groove by a western drum kit (although with a large hollowed-out gourd instead of toms) while a smear of fuzzed out dissonant synth tones swirled around it all. The absense of any real melody was striking but it allowed for the rhythmic reverie to remain as the centre of attention. The energy onstage was contagious and crowd was eager to dance along in the beaming sun. — MT

Nathan Fake
British producer and Border Community (and now Ninja Tune) recording artist, Nathan Fake lit up the Apollo stage with his effervescent blend of textural pads, sharp synth hooks and dark, driving techno production. Fake’s set was dynamic and driving and I imagined myself floating around the dancefloor in a sweaty club, only occasionally looking up to fill my field of vision with colour. A bright backdrop of colourful, pixelated pastel landscapes and psychedelic digital 3D renderings that pulsed and churned throughout the whole set. In the festival setting, however, a large-scale vivid display behind a solitary performer takes some of the focus away from the music and the un-sync’d projections were not quite captivating enough to keep my attention. That said, Fake’s energy was on point and his set of blended uplifting chord progressions, deep, propelling bass lines and bubbling arpeggios was seamless. — MT

St. Vincent
Annie Clark is genuinely one of the best guitarists of her generation and she could sell herself on just that if she wanted to. We’re lucky that instead she gives us St. Vincent, currently inhabiting a world of neons and latex, of male band members with pantyhose masks and synthetic wigs, and of off kilter, high definition video projections.

But Clark’s understanding of presentation extends to the way she delivers her songs. There is a rollercoaster of emotion from the way she scuttles around in four-inch heels for “Pills” to the creep-factor of her masked guitar tech looming over her for a somber intro to “Huey Newton;” from the revved up version of “New York” to pure heartbreak of the stripped back “Happy Birthday, Johnny.” Perhaps all of these feelings coalesce when she raises a fist over her head and insists, “Let’s fight the power today,” before launching into “MASSEDUCTION.” She takes us all over the map and acts as if it’s all perfectly natural. And in the end, you believe it is. — AF

Nine Inch Nails
General angst translates well when the earth is a giant trash fire, so Nine Inch Nails are giving us a very state-of-the-world-in-2018 vibe with their set. Trent Reznor brings a startling intensity to everything he does: His vocals, the way he moves at his mic stand, even the way he shakes a tambourine.

The atmosphere is charged and it feels at times like the band are trying to expunge something. Reznor has stated that “there’s too much fucking talking,” and thus careens from one song to the next. Something akin to a mosh pit emerges during “Hand That Feeds,” but in their state, most people are just jumping up and not landing evenly on their feet. For a post-midnight set, there are times when the lights are shockingly bright, and more than one person in the audience was spied with sunglasses on.

It’s still the songs of The Downward Spiral that exist most clearly in people’s minds, and it’s edifying to learn what awkward sing alongs they make: It’s intensely awkward to have a group of people sing the chorus of “Closer.” And as the set comes to a close at 2am, having the words to “Hurt” shouted all around you is one giant bummer. But that’s no fault of Trent’s — he can’t be held responsible for the crowd’s unchecked impulse. — AF

The fourth and final day of Roskilde 2019 greeted us with a one-two punch of positivity and
As the sun shines and gives us respite from a day of chill and damp, Aldous Harding
Every Roskilde Festival includes the weather debate. Ideal weather for a festival isn’t as straightforward as it 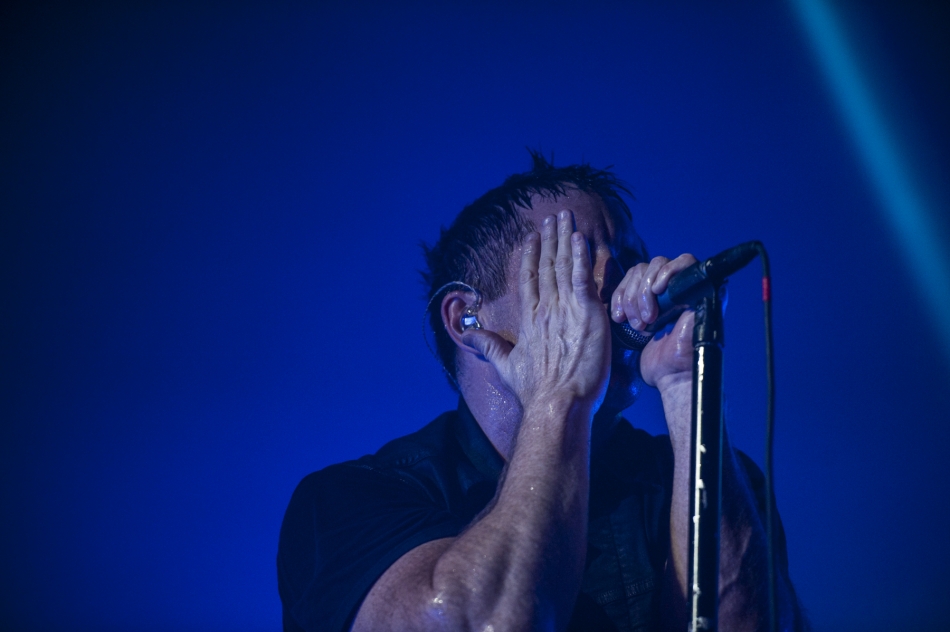 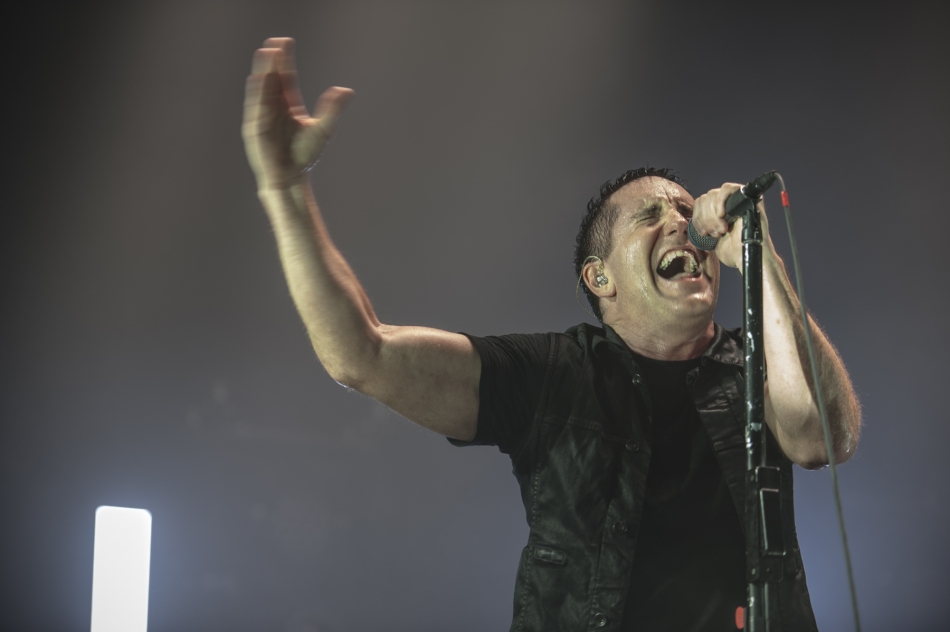 This year’s Roskilde Festival comes amidst a dry summer of almost uninterrupted sun. This leaves us with
Photos by Tom Spray (www.tom-spray.com) 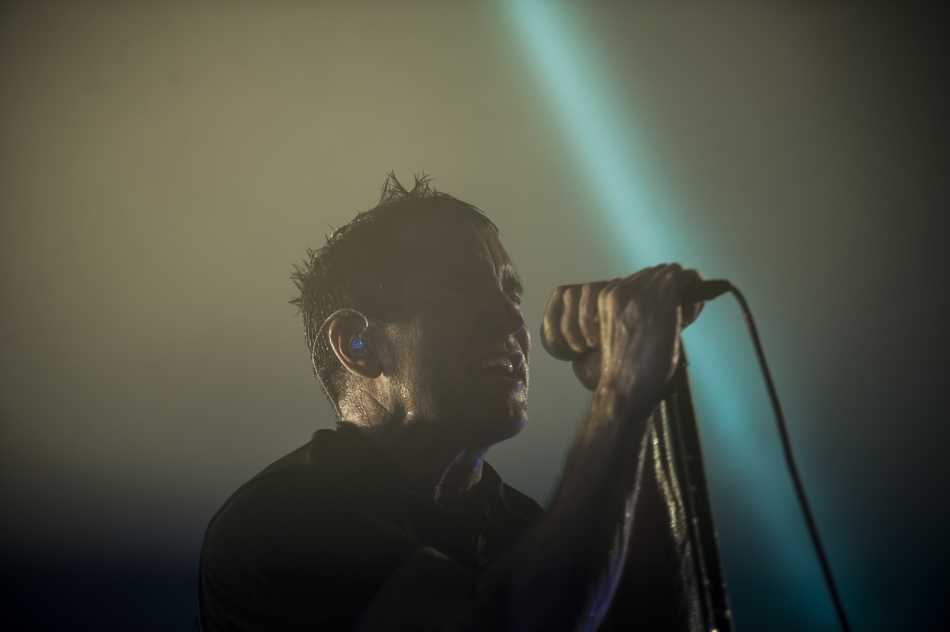 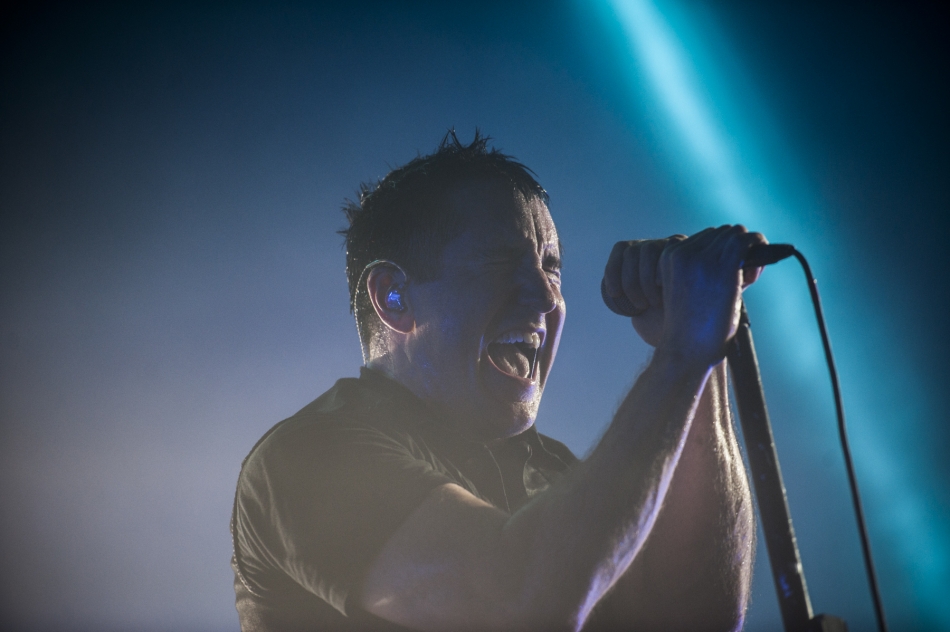 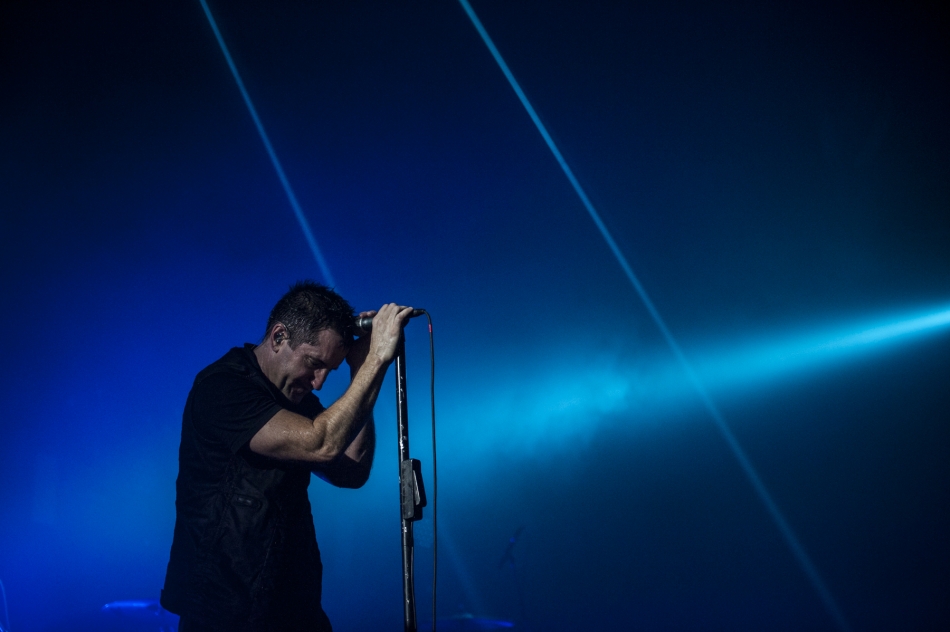 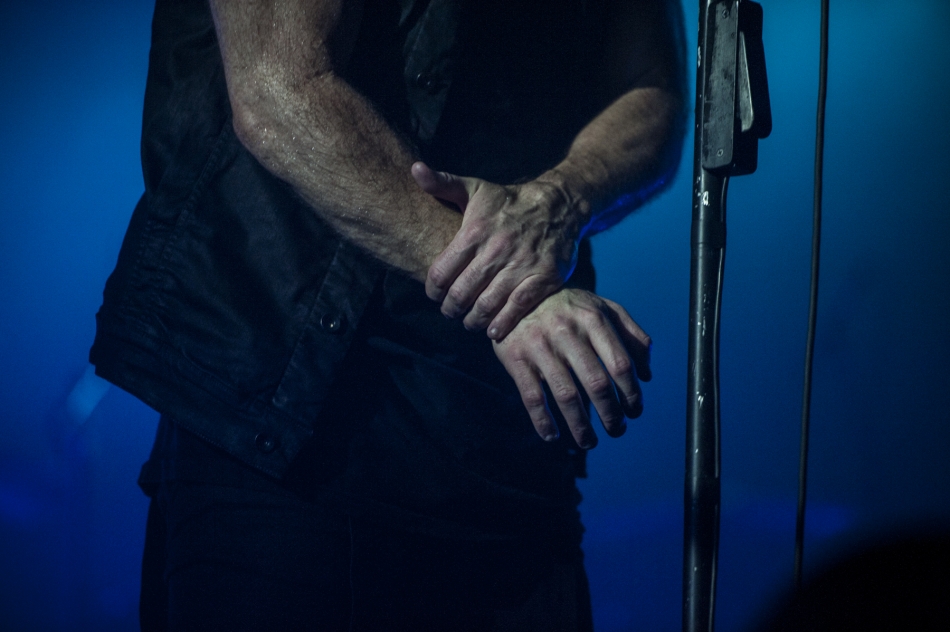 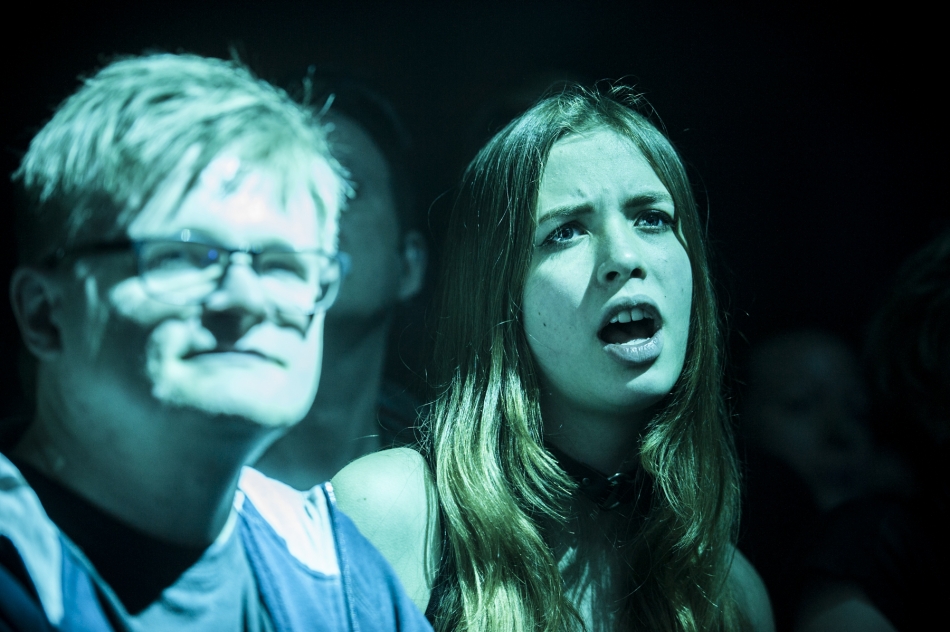 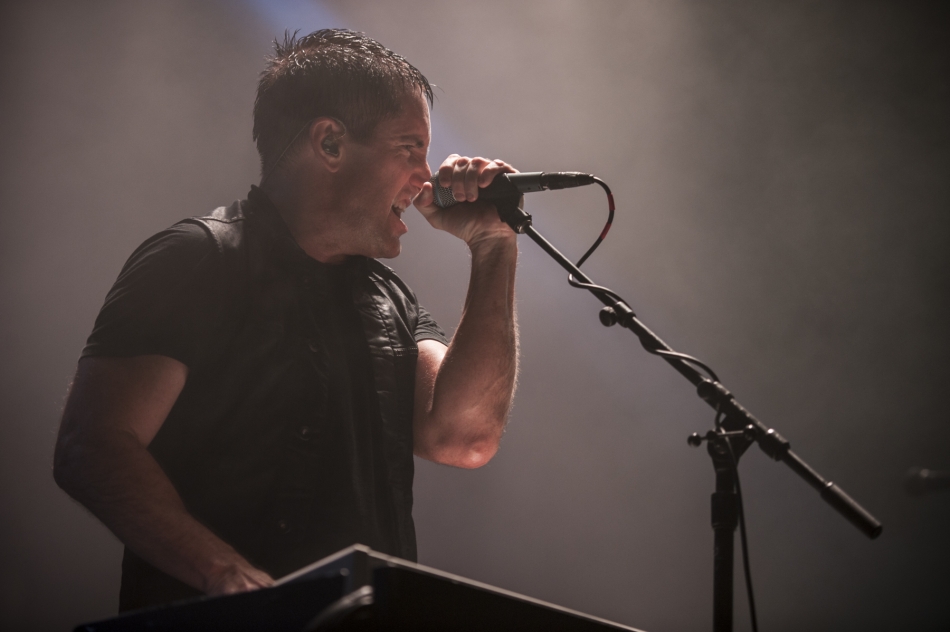 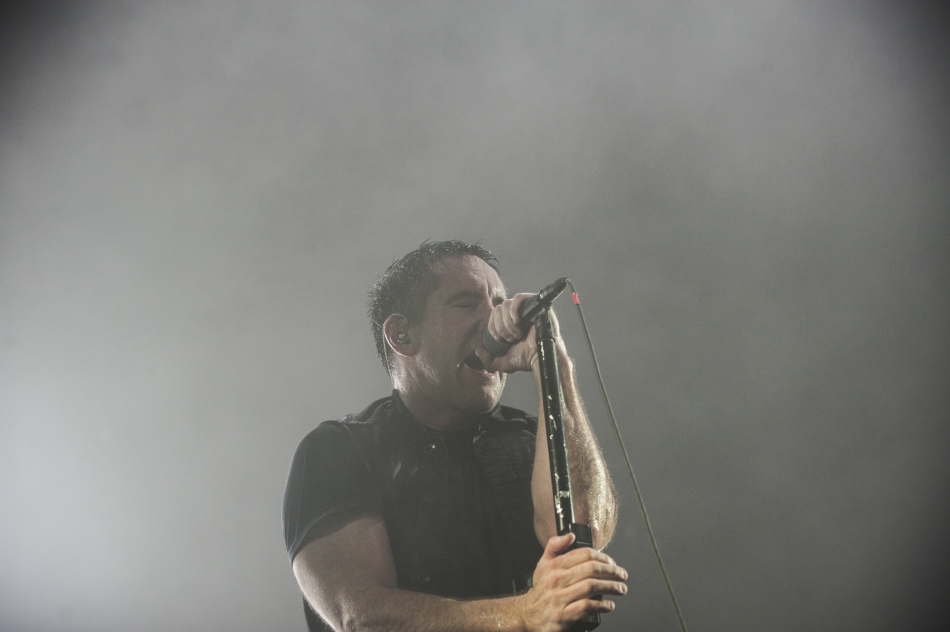 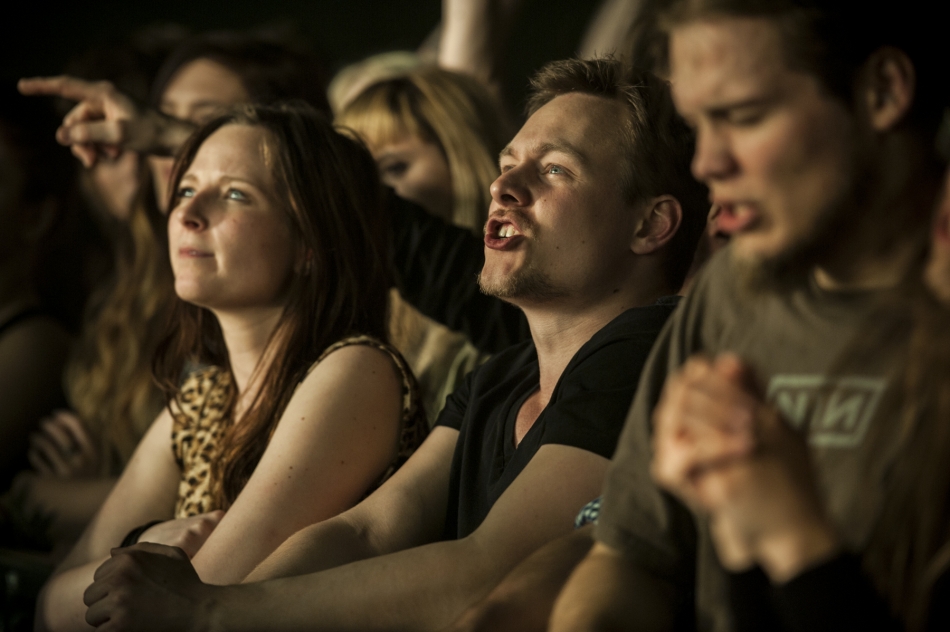 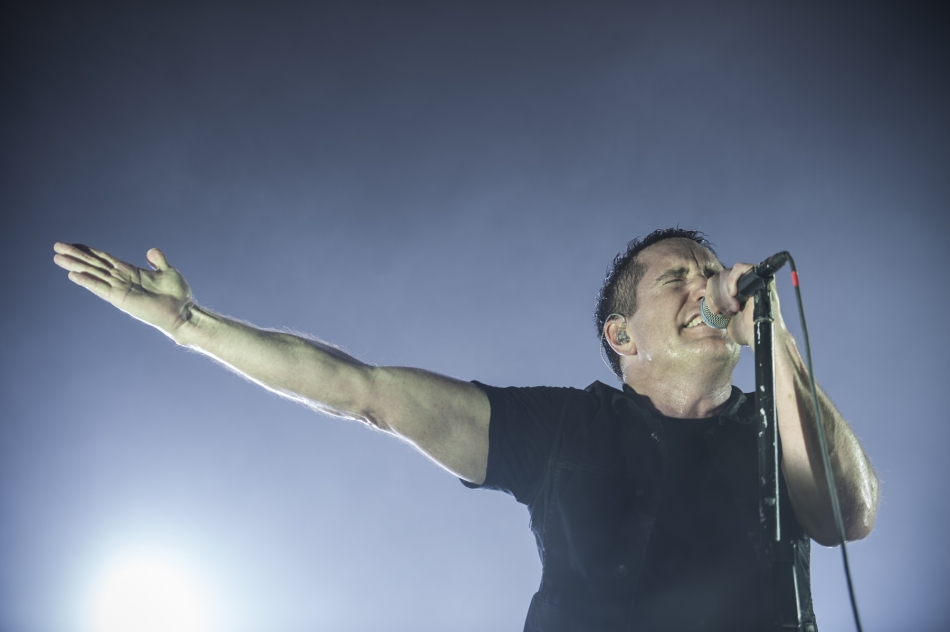 This year’s Roskilde Festival comes amidst a dry summer of almost uninterrupted sun. This leaves us with
Photo by Tom Spray As Tom and I remark again on the oddity that Nine Inch Nails,
Go to Top