Danish band Nobody started the festivities, with a snazzy synth fest in the garden. Built around three keyboards and a soundboard, Nobody proceeded to experiment with the electronic sounds, and showed flashes of brilliant mixing from behind the sound desks. However, the band, which consists of different musicians from various Danish indie projects, and is led by popular Danish DJ Kim Las, appeared unprepared and unrehearsed, and it quickly seemed as though the group were just having fun messing about on the keyboards. That’s not so fun for the audience. [1/5]

The day started to look up when Danish red head Emma Acs, and her band, The Inbred Family, played their set. This was Acs’ first full concert in a while, and the singer was at moments hesitant. Nevertheless, Acs’ delivered her signature twee vocals with style and competency, and lived up to her reputation as a big Danish talent. Helping the artist to achieve her rich signature pop sound was the sitar player Atusa Zamani, who played the jangly riffs of “Green Stars and an Orange Sun” and “Fever” from 2011’s Champagne with artistry and confidence. Acs also debuted some new material from her second record, which she’s currently working on. [3/5]

“Hello Copenhagen, it’s really nice to see you all. It’s a beautiful day,” chimes a smiley Matt Monandile from the log cabin stage. Ducktails, playing the final outdoor show, banished the cold wind of Copenhagen with a warm, sympathetic and summery show. Popular chilled out tracks like “Killin’ the Vibe” matched the laid back atmosphere of Pumpehuset’s byhave perfectly, and towards the end of the show, the band played all new tracks. Ducktails proved that whatever the weather, if you’ve got a good vibe, you can generate a cosy atmosphere. Mind you, despite frontman Matt Monandile’s obvious eagerness and focus, I couldn’t help feeling that guitarist Alex Craig’s enthusiasm was really lacking, which distracted from the music, and, in a small way, broke the hypnotic effect this lo-fi group have on record. [4/5]

Some people have a problem with Merchandise. An indie pop group posing as a post-punk band, some feel. Maybe this is because charismatic frontman Carson Cox writes interesting yet attainable melodies, accompanied by beautiful, tortured, killer vocals; to some, a punk faux pas. Personally, I think the genre ambiguity is a plus.

If, however, punk is about energy, sweat, jumping offstage to collide with audience members and collecting a group of dedicated pogoing Danes at the front of your audience, rather than just being different for the sake of it, then Merchandise may as well have mohawks. After a lively rendition of “Anxiety’s Door” from 2013′s five track release Totale Night, Cox addressed the token couple of freestyling fans at the front: “Oh! We’ve got a couple of dancers now. Before I was worried you weren’t gonna dance.” “Become What You Are” closed the show, guided through by distortion and “1,2”s hummed into the microphone. Both Cox and guitarist David Vassalotti dropped to the floor to shred, for exactly the right length of time before it would have become annoying. He wrapped things up with a few push and shoves into some audience members, delivered in a quasi-affectionate manner, of course. “And that’s it!” he said, before shuffling offstage.

With a capitalist name like Merchandise for a post-punk band, there’s got to be some irony at work. [4/5]

The Dirty Beaches live show is a physical as well as musical workout. Whilst some artists may dabble with dancing onstage, Alex Zhang Hungtai, the mastermind behind Dirty Beaches, performs a full physical workout during his set. The show started by watching the warm up; Hungtai punching the air to feel the beat of the hazy synth laden soundscape created by his bandmates, starting small, and then with increased power. And so, he gets in the zone. Then we come to training. We hear a mixture of crooning and shouting through the effected microphone, pulling fists in, as well as pushing them out. He’s building the energy. And then suddenly, we’re at a boxing match, as Alex pulls out a mass of passion, strength and spirit for “I Dream in Neon” and “Casino Lisboa”, accompanied by a pair of big, black, austere leather gloves, and blue and red boxing lights. Hungtai’s not distracted by audience interaction, or cables, or prettiness, when he’s feeling his music. All together, a pretty amazing spectacle.

But one small nag. “Why is no one dancing? This place should be like a rave! He looks like he’s having fun, why is no one moving?” was my internal reaction. It’s strange watching someone exert themselves and pour so much energy into a live show of what was in many ways, dance music, and not dance yourself. I feel like Hungtai might have been cheated out of audience participation because it was a Sunday night. Or maybe the spectacle was just too hypnotic? One thing is for certain. On stage, Hungtai is an intense guy. [4/5]

It’s pretty clear from Lower’s gig, that the assumption that Copenhagen is the new home of punk music, is right. This proper, hardcore, rough and tough punk music is making the crowd proud to be Danish, and those who aren’t, like me, a bit jealous. The band are playing tracks from their Walk on Heads EP, full of crashing and painful sounds. On the back of Iceage’s success, Danish band Lower have made a name for themselves in Copenhagen’s community of post-punk fans. Surrounded by bowl haircuts, upturned drainpipe jeans, Joy Division t-shirts and Doc Martens in the crowd, I find the “just stepped out of the pub” look of Lower remarkably refreshing. They’re in running shoes, Jeremy Clarkson jeans and fleeces. The bassist even has a Newcastle scarf.

Mikal Cronin ended the mini festival with his hard rock tinted pop music. It was a merry ending to the day, and the gig appeared especially popular with the younger audience members. From Cronin’s 2013 sophomore album MCII, he played the upbeat likes of “Shout it Out”, and “Situation” and “Apathy” from the self titled debut of 2011.

Wasn’t Born To Follow finally came to an end as Cronin delivered an encore performance of Wreckless Eric’s “Whole Wide World” to the Danish fans. With a good stage presence and audience rapport, the singer songwriter finished the day off with a head bang, and brought a positive vibe to the dark venue and end to a brilliant, diverse day of live music. [3/5]

In terms of ideal concerts venues, it’s hard to beat Pumpehuset’s Byhaven on a warm summer evening.
Tune-Yards closed out a six-week tour on the smaller stage at Pumpehuset. The space is packed and
Ed Harcourt is a versatile performer. Over the years, I’ve seen him play in dive bars and 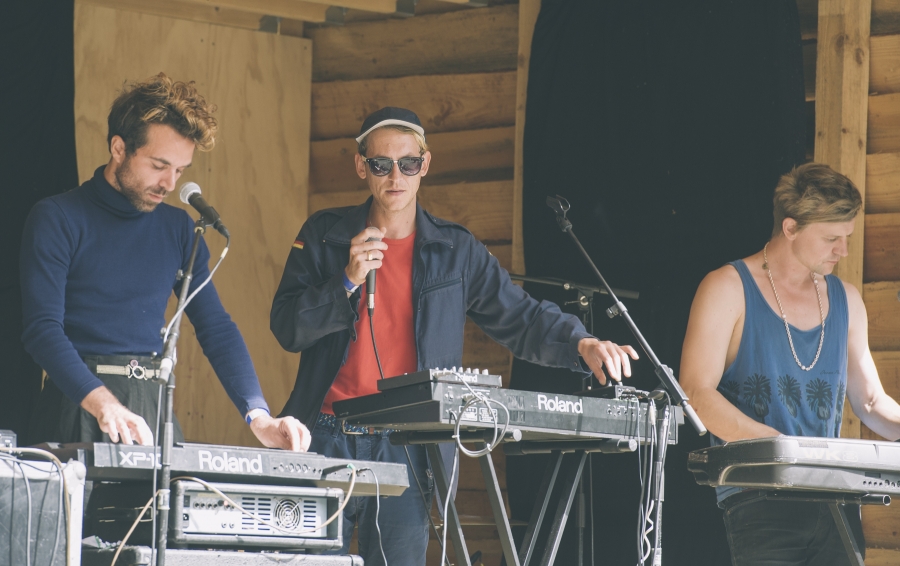 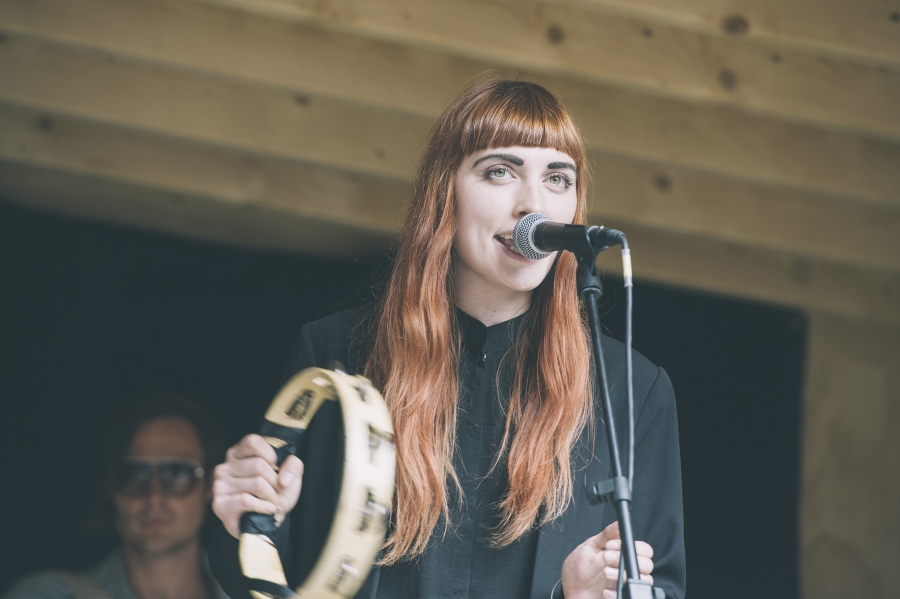 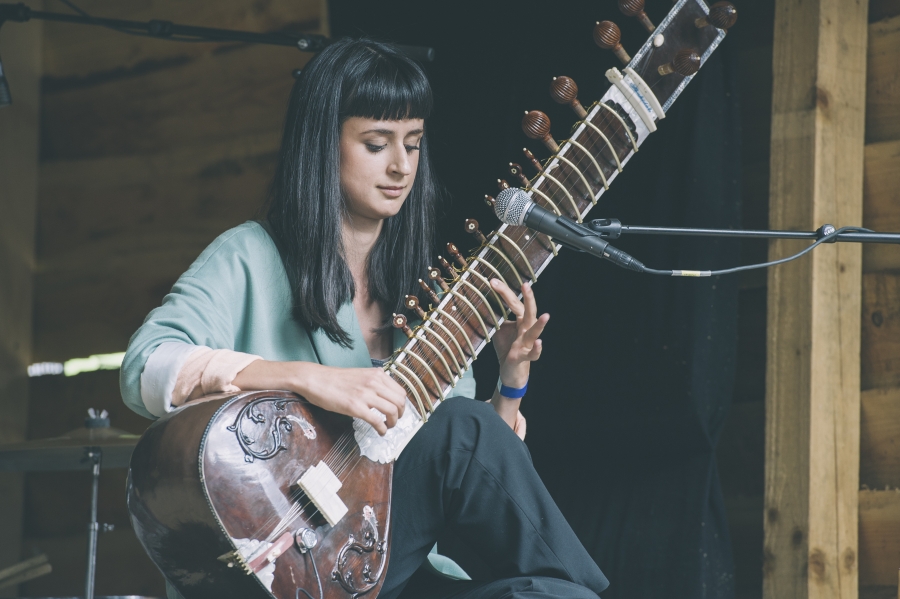 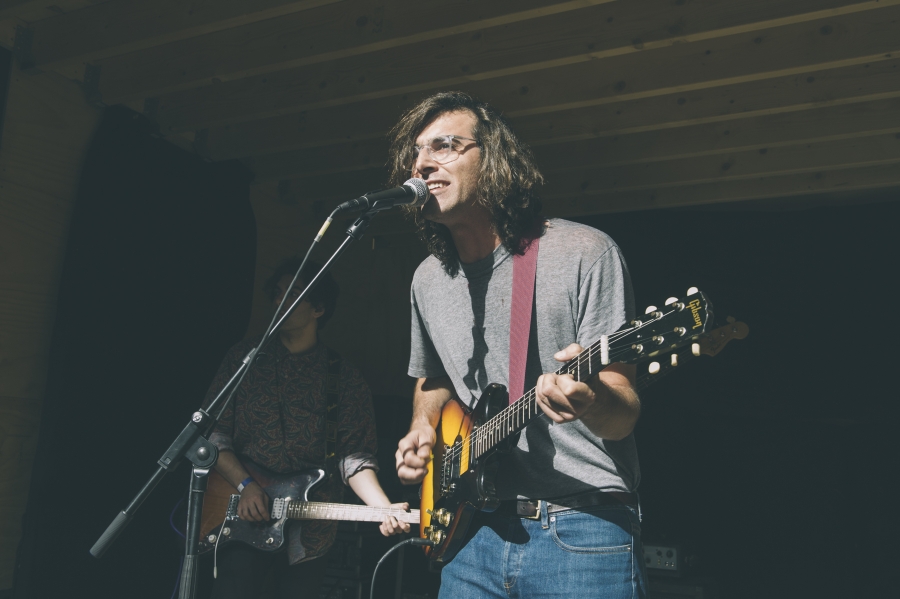 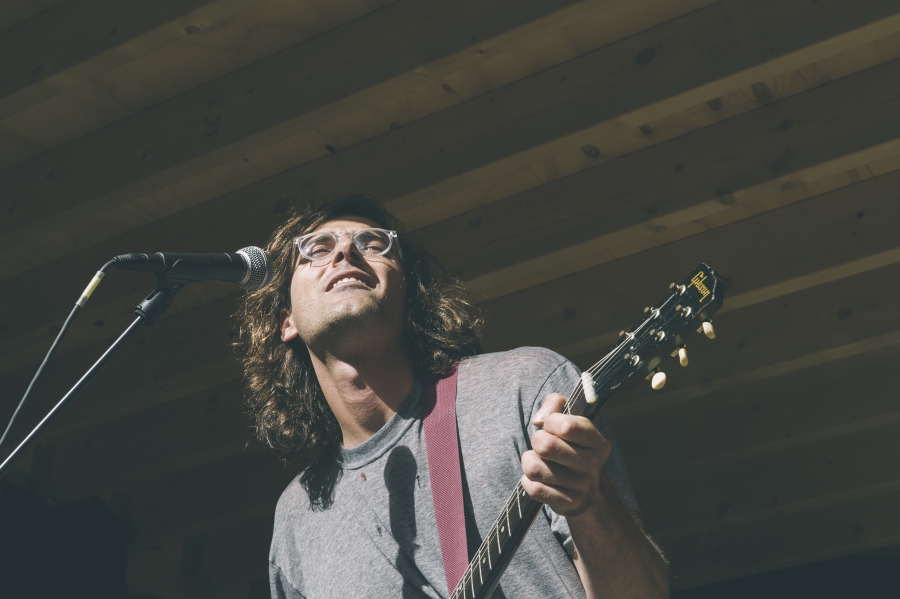 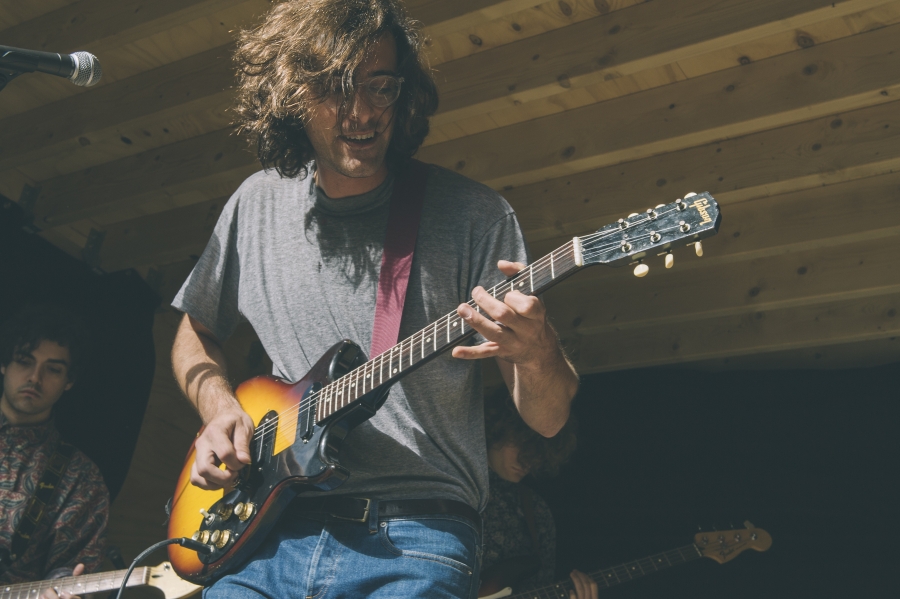 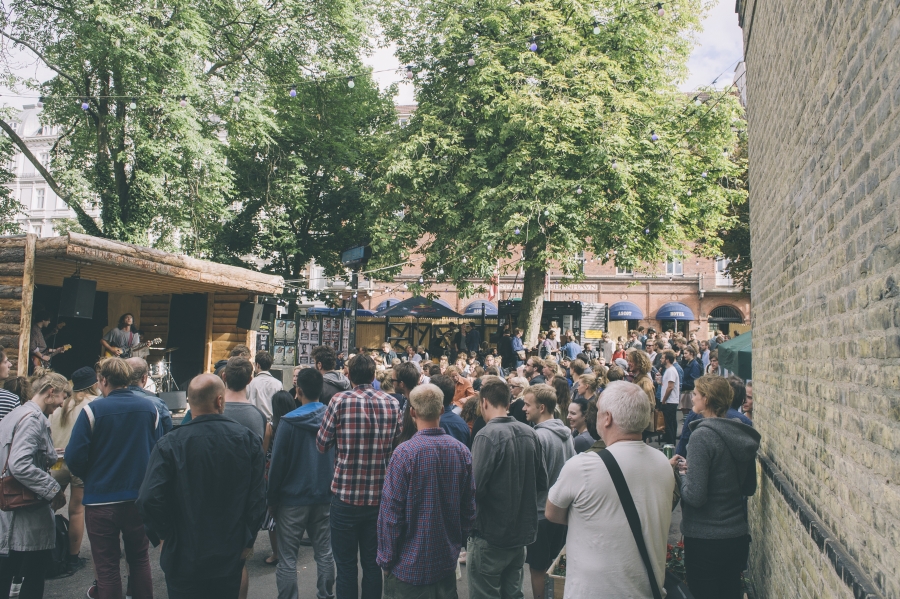 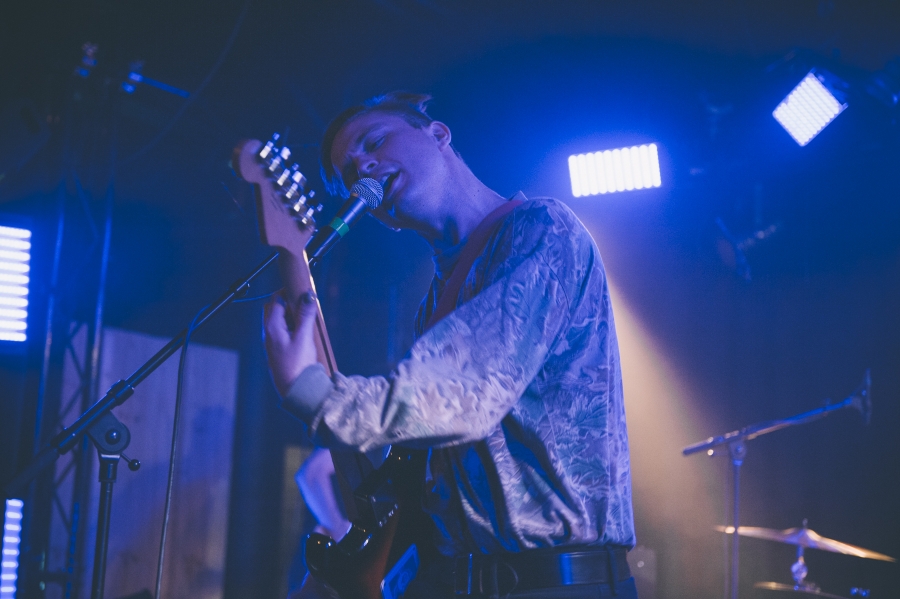 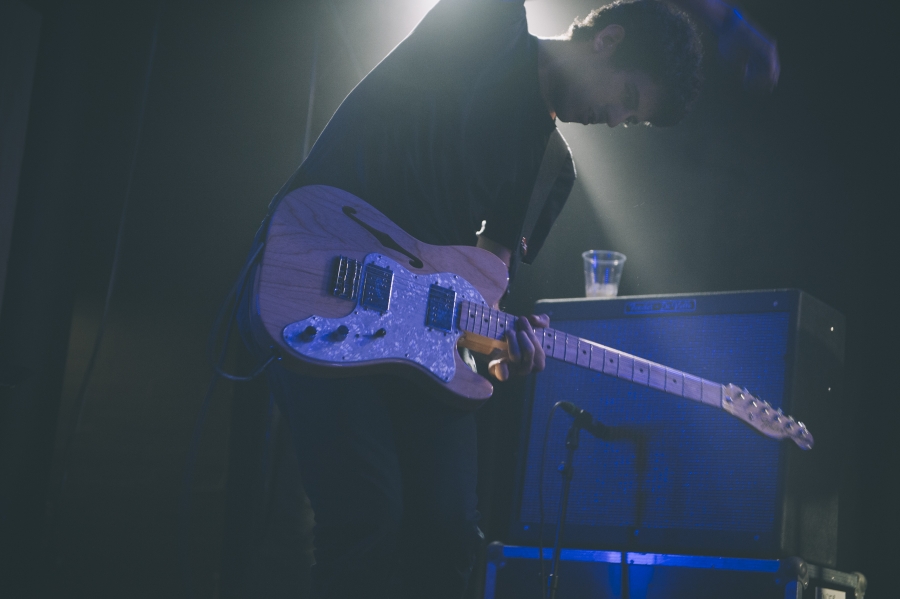 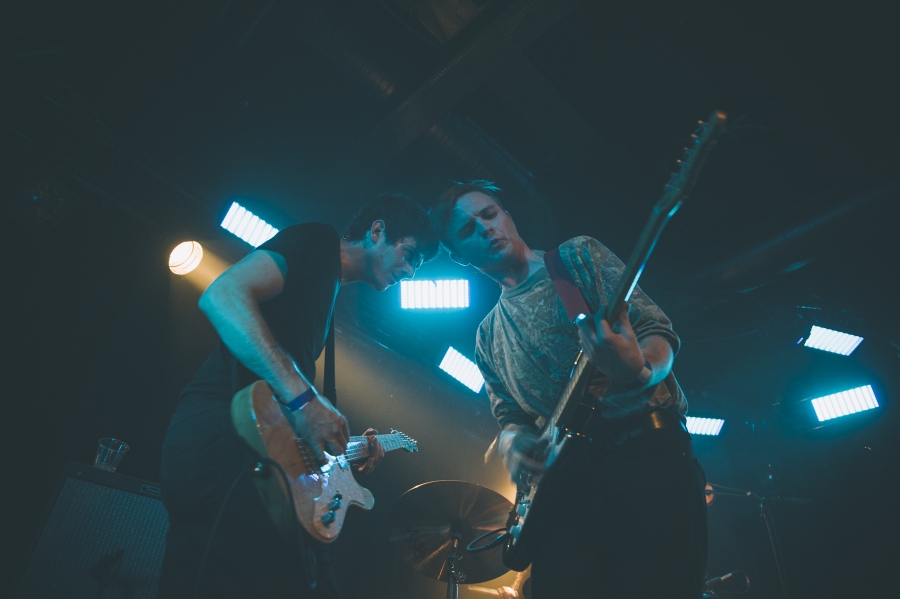 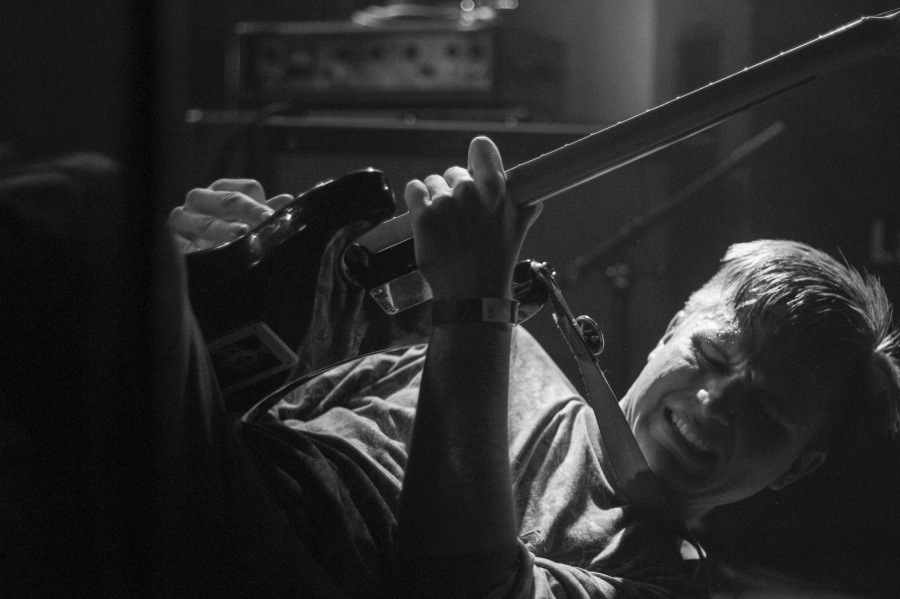 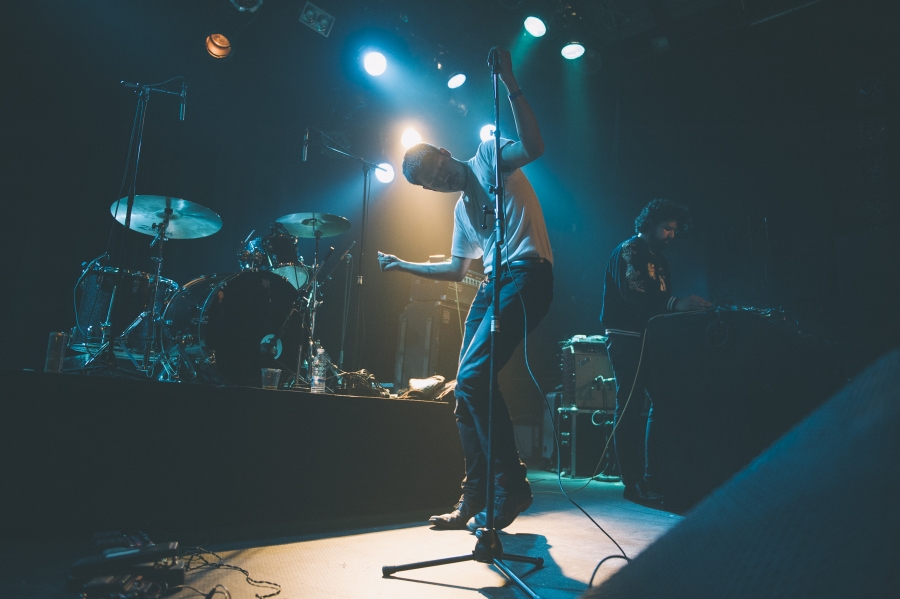 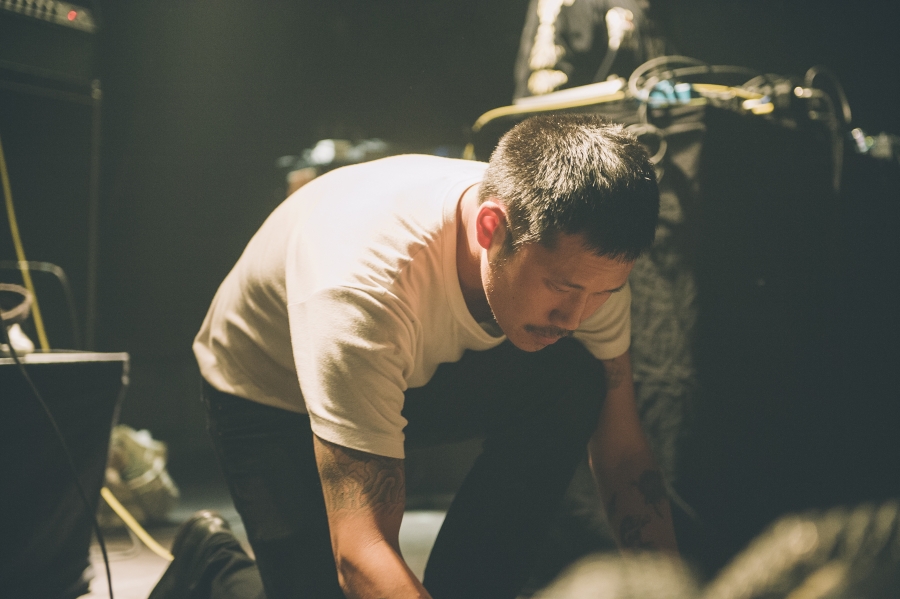 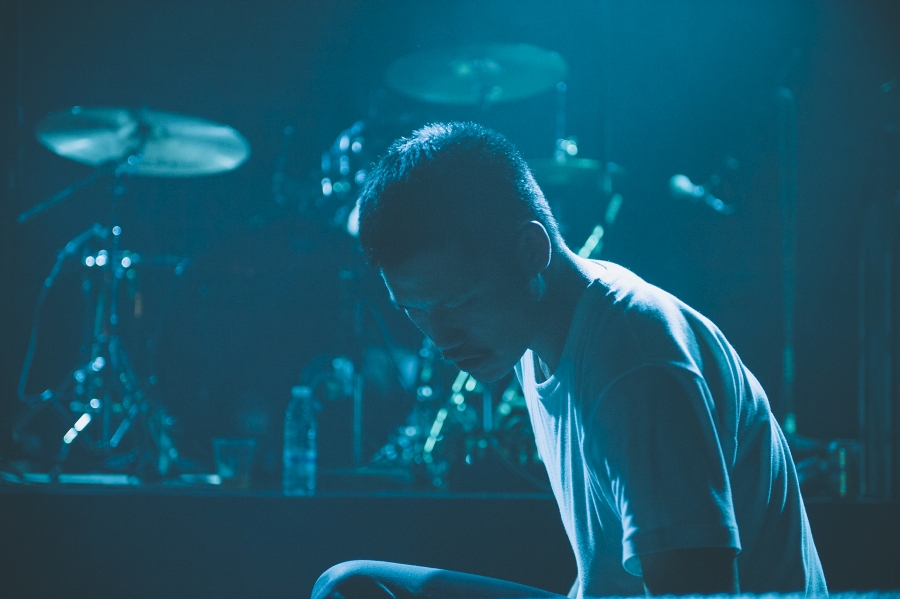 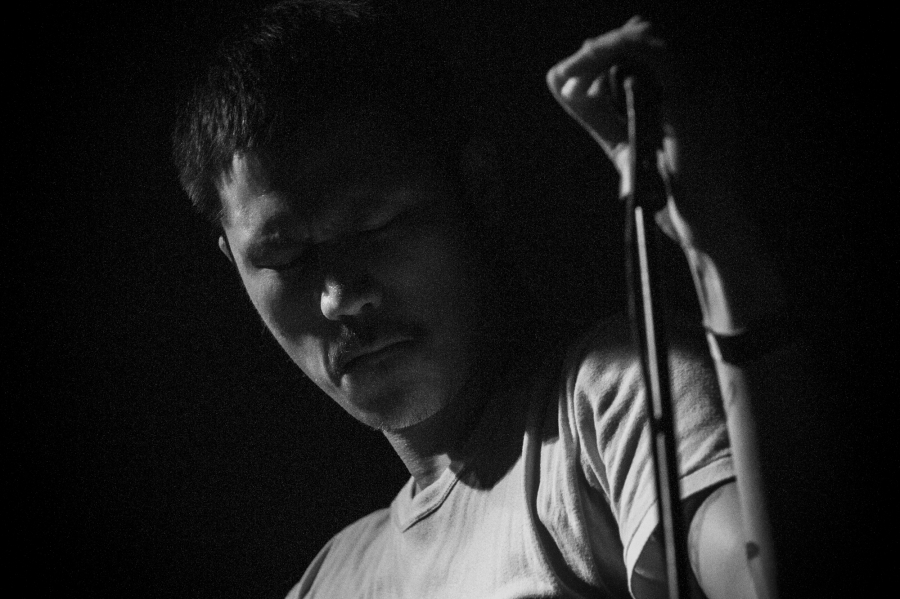 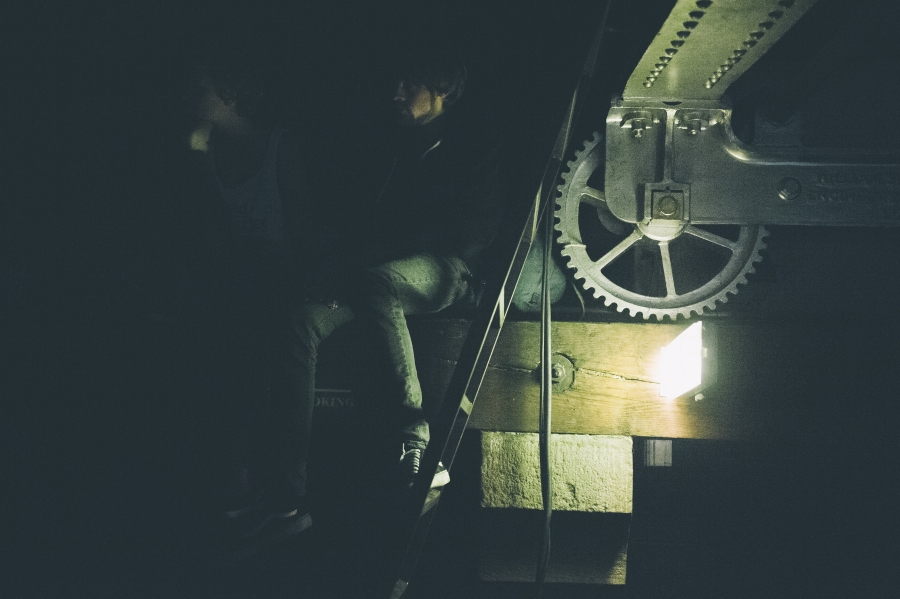 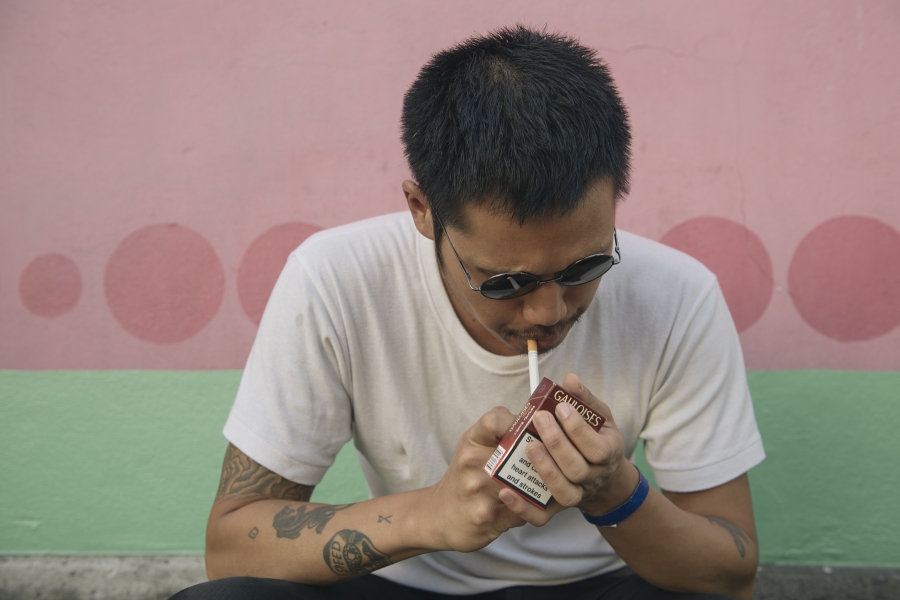 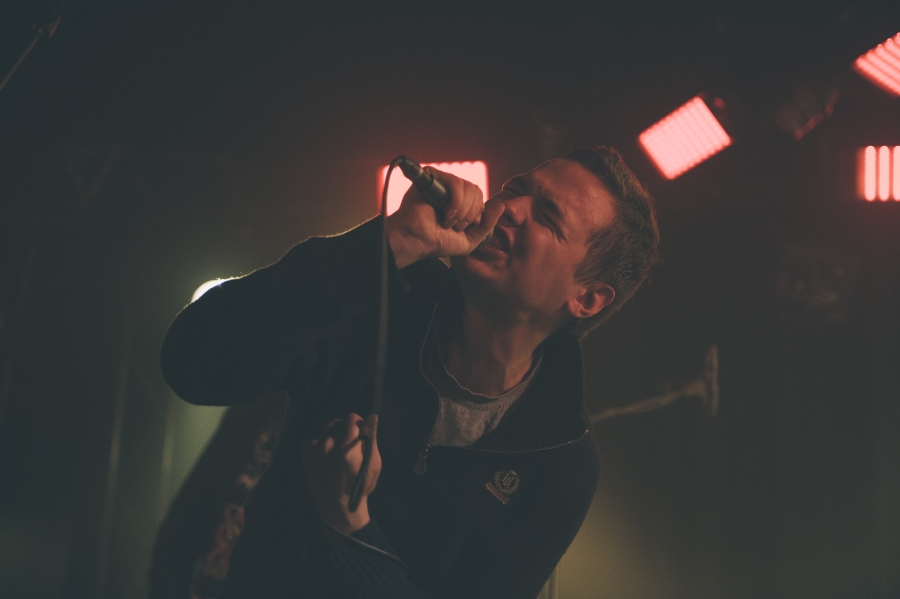 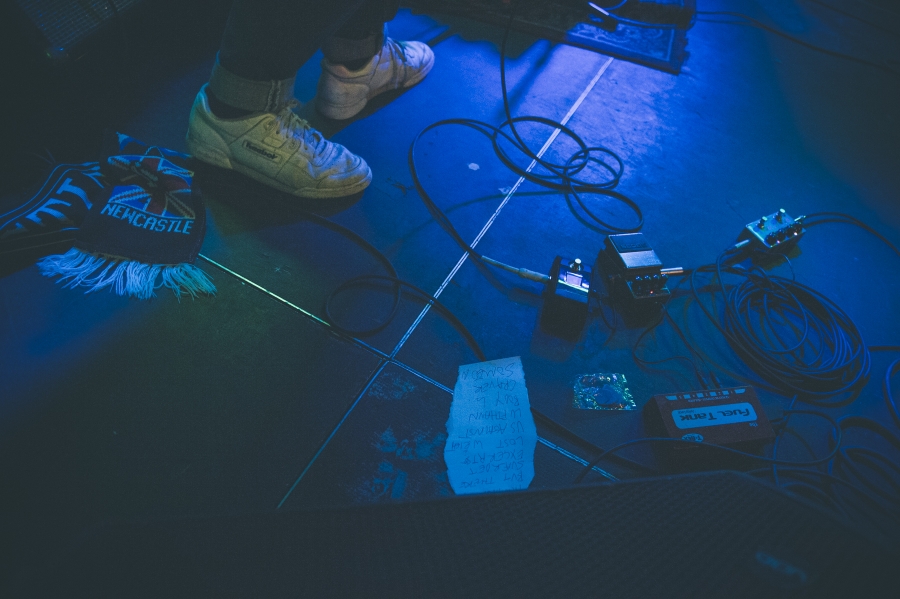 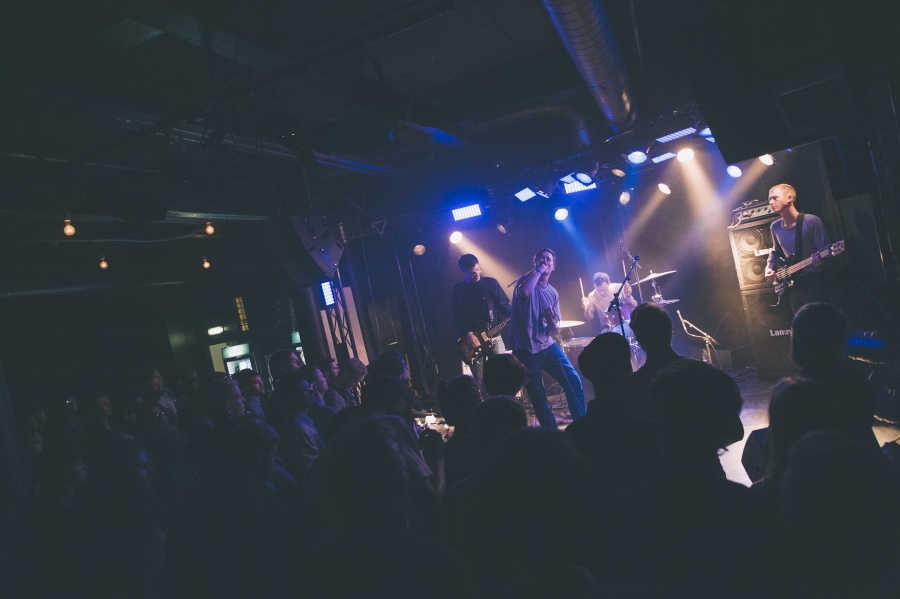 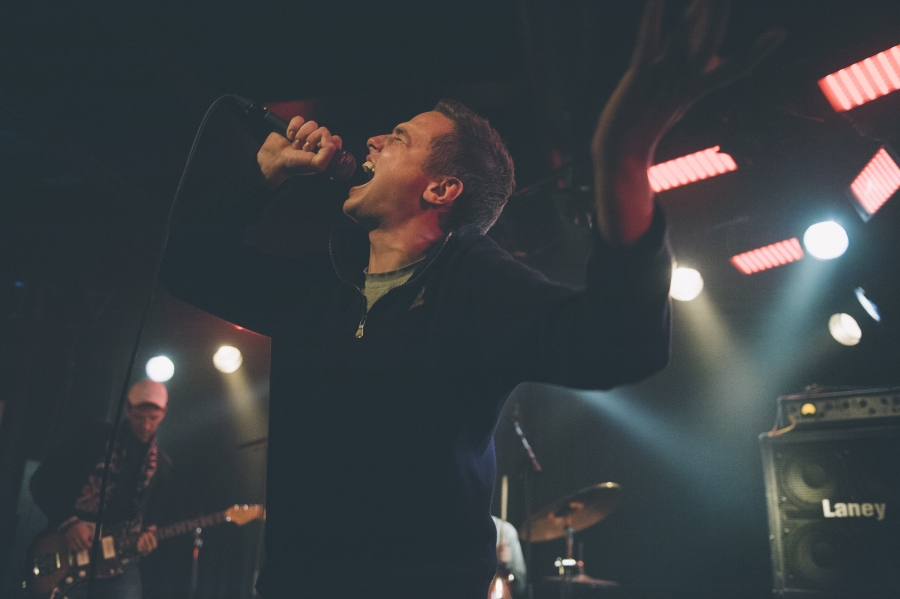 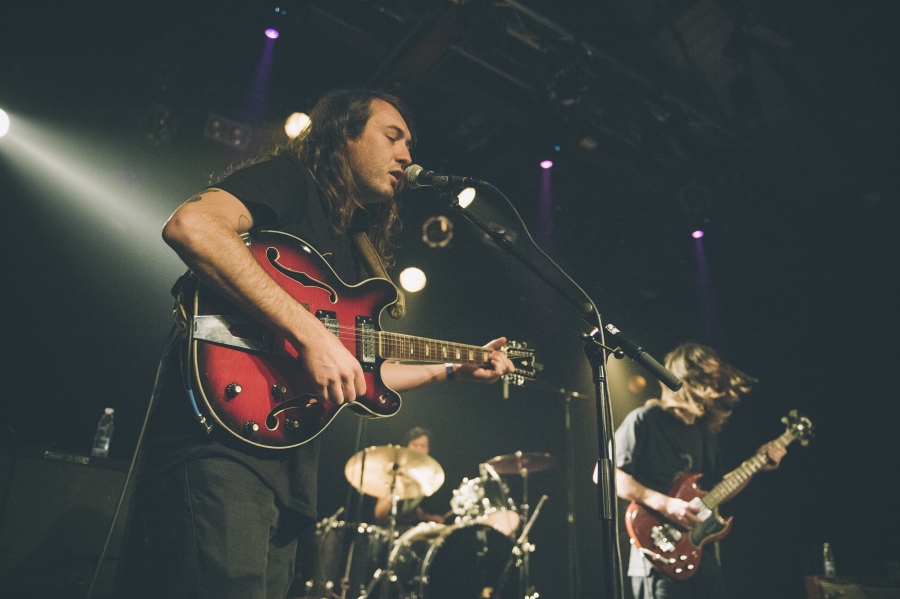 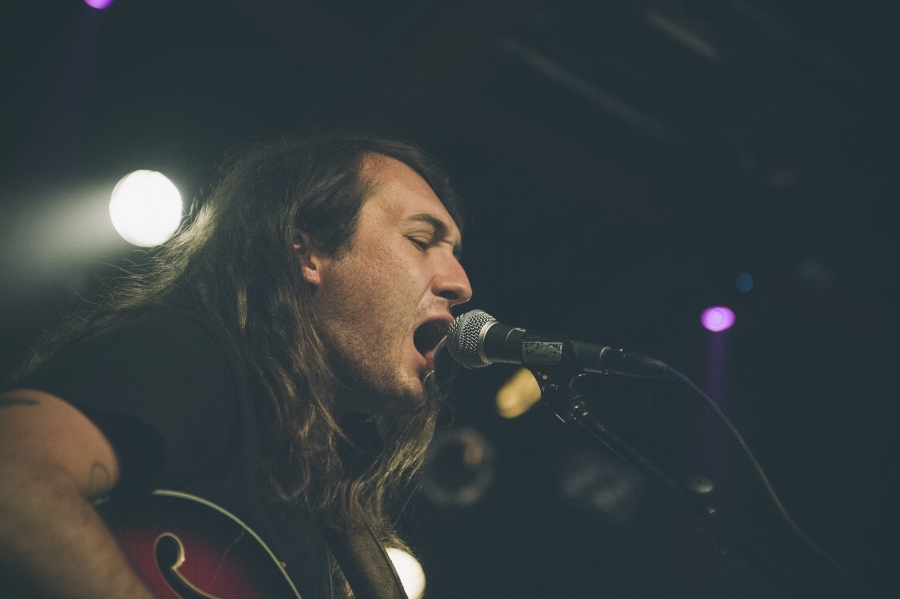 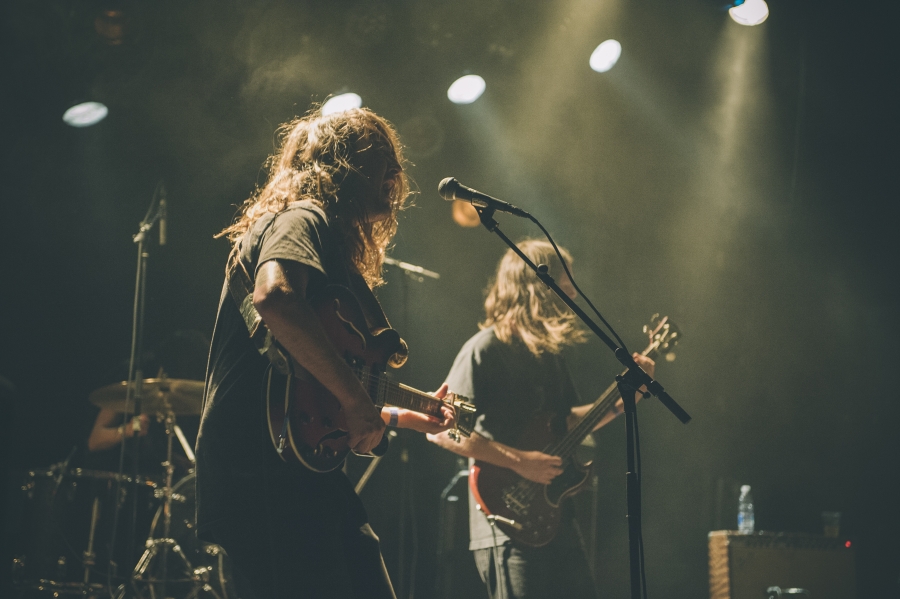 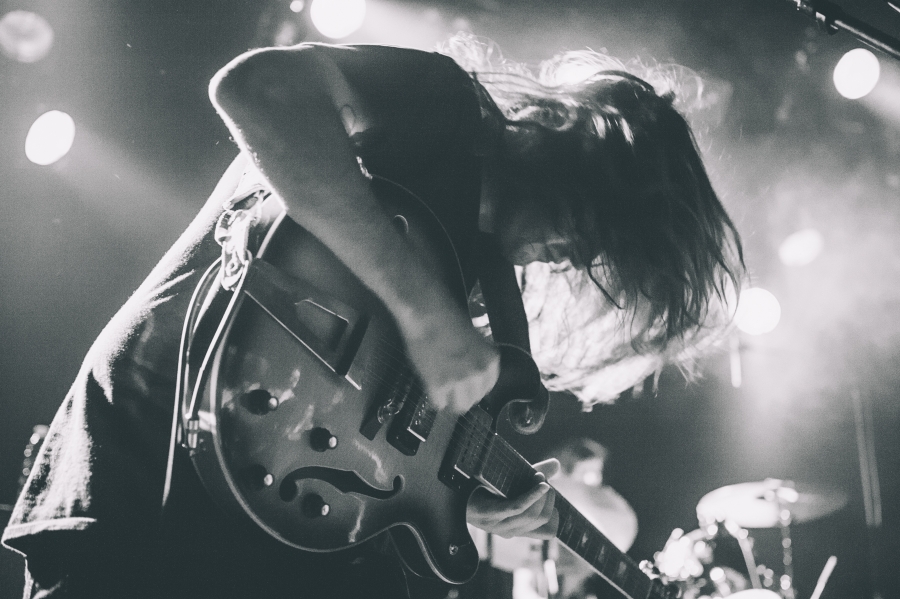 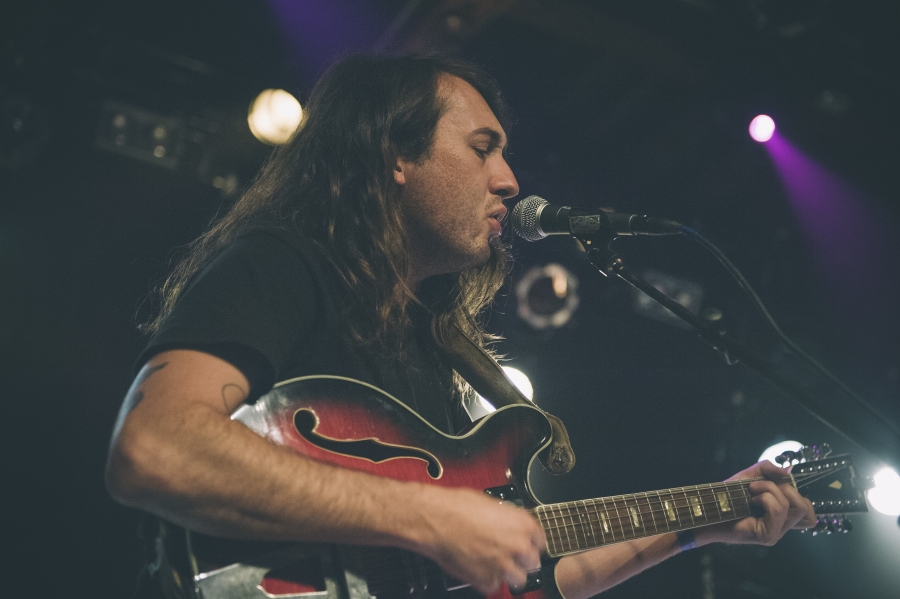 “This is a strange set-up for a punk concert.” So says our dear photographer Morten, and to
Photos: Morten Aagaard Krogh (mortenkrogh.com)
Wasn’t Born to Follow, a celebration of all things progressively out-of-step in music, took over a day
Go to Top