Liturgy open their set at Jazzhouse with frontman Hunter Hunt-Hendrix singing controlled, almost monastic vocals, looping them back on each other, and an anticipation hanging in the room. Of course it won’t continue like this. And with knowing nods between the band members, there is enough time to brace yourself for impact.

Much has been made about whether Liturgy are a black metal band or not, with their latest album, The Ark Work, further fueling the debate (and dividing a few fans in the process). But does it really matter what the precise sub-genre is when the music’s loud enough? The bigger question is how the synthesized, horn-like sounds of their last album would translate. Answer: As a sort of high-level screeching, but not at a frequency that’s painful to listen to. 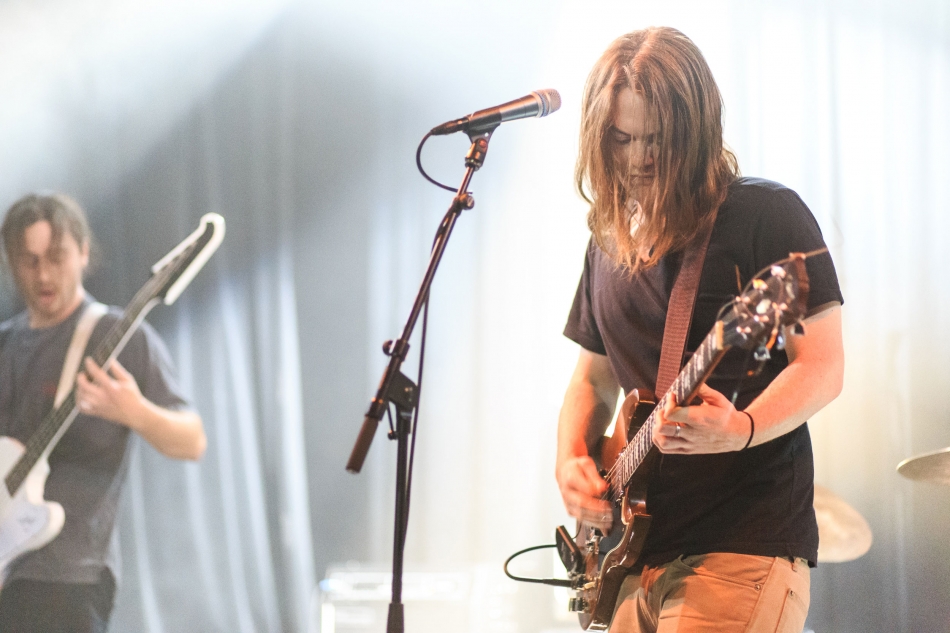 They are full of subtle tricks amidst the noise: a sawn-off guitar given a permanent capo, effects that make guitars sound like glockenspiels, and their drummer, Greg Fox, who is apparently half man/half machine and looks like he could drum for days without breaking a sweat. Together with bassist Tyler Dusenbury, he really shapes the songs, and also helps you sort out who in the audience has any ability to keep time — there’s an awful lot of arrhythmic flailing in the crowd when they move out of 4/4 time.

It’s all a weirdly serene experience. Hunt-Hendrix normally maintains a straight-faced, disaffected expression, but is not immune to the occasional smile. The rest of the band have the countenance of the three chillest dudes ever, noise be damned. It’s the kind of performance that simply washes over you, sometimes sweeping you along in a rolling, repetitive song. It’s not what you’d call relaxing, but it’s totally engrossing. 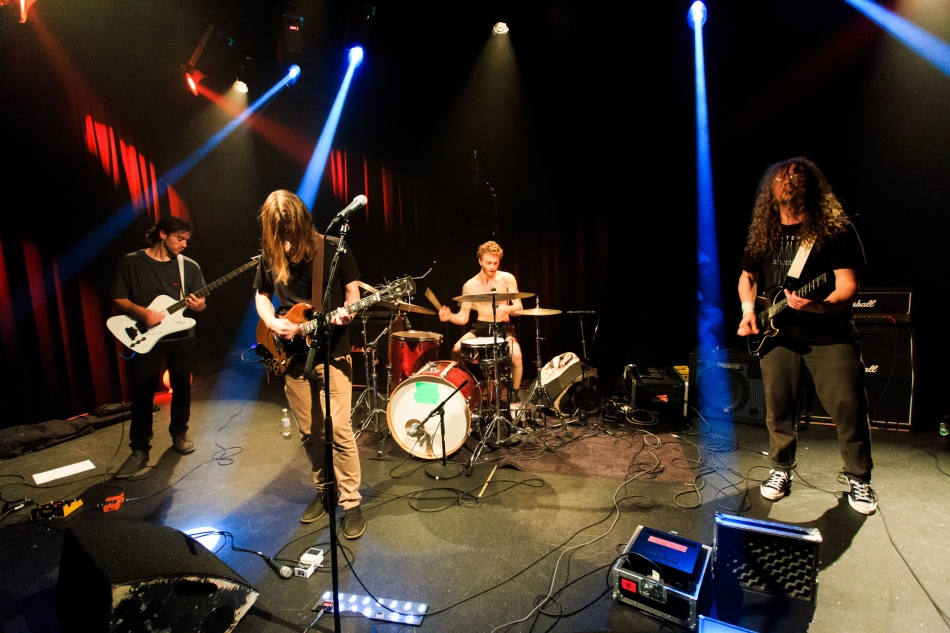 A new video is out by the Danish post-punk band Metro Cult. Directed by Johannah Jørgensen the video makes great use of Copenhagen’s architecture transforming the city into a bleak concrete backdrop. Their new EP is out today (May 14th) on Mass Media Records.

Soho Rezanejad former member of Gold Lip and collaborator with Lust For Youth and Kasper Bjørke, has shared her debut single ‘Idolatry’ today (11th May). Generating dark pop anthems with her seductive baritone vocals, Soho explores the sinister areas of electronic-pop. A debut EP is on the horizon with a rough date scheduled of fall 2015.

Listen to ‘Idolatry’ below:

It’s been a busy year for Copenhagen synth-pop duo First Hate, on the back of releasing their
In June she debuted with dark synth pop hit ‘Idolatry‘ which we learn today will be the title
Go to Top