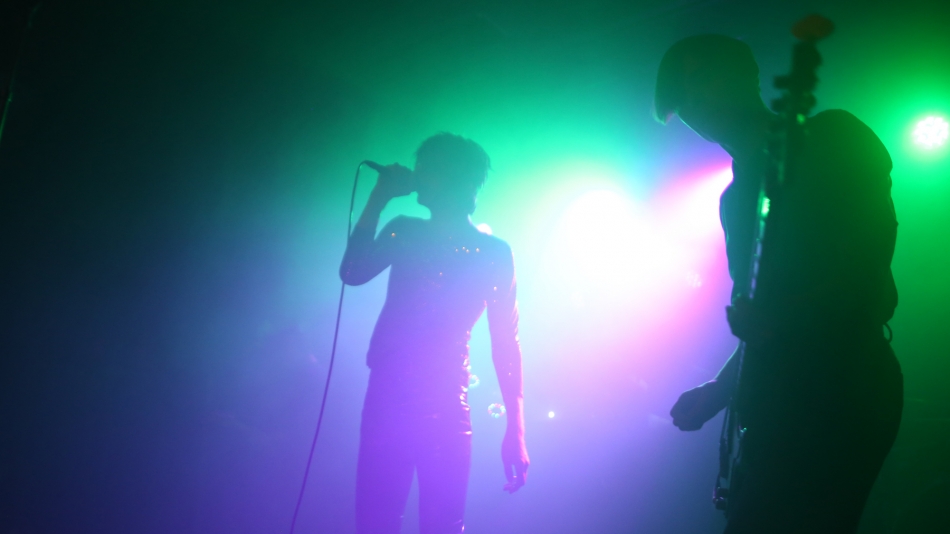 Getting to TAP1 feels a bit like a journey through no man’s land on the way to a rave for the few in the know. It isn’t exactly like that, though. Situated in a former distillery in one of the few unpolished areas of Copenhagen, the 4500 capacity venue, where the War On Drugs are playing, is enormous: it’s about 100 meters from one end to the other, and even though it’s only half filled and I’m standing in the middle of the crowd, the frontman Adam Granduciel is just a tiny silhouette on the bright lit stage.

After opening with “In Chains” from their latest album A Deeper Understanding, The War On Drugs move on to “Baby Missiles” from their 2011 album Slave Ambient, and I am relieved to hear that the textured and layered music doesn’t loose all of its details to the raw surroundings. Because being spoiled with venues such as Loppen, Jazzhouse (rip) and Vega, I have to admit, that I was quite nervous about the sound. Concrete and steel aren’t exactly materials known for their acoustic qualities and apparently the sound hadn’t been top notch when The War On Drugs played the night before.

During the two hour set The War On Drugs plays almost the entire album A Deeper Understanding and about half of Lost in A Dream, plus a few songs from Slave Ambient and Wagonwheel Blues. I think it’s debatable if The War On Drugs ever made a hit, but it feels like a hit parade anyhow.

Adam Granduciel is not particular chatty, and the music is in large executed very much like it is on record. People often associate the The War On Drugs with driving through vast landscapes, and I am thinking to myself that this particular road trip could just go on, because at no time do I feel boredom creeping in.

It’s a very diverse crowd; the majority here is, like at most other concerts, people in their 20’s and 30’s, but there’s also quite a few who grew up while Bob Dylan, Bruce Springsteen and Neil Young were still young. Maybe it’s because the band seems to evoke these great artists, while still being very much their own, that they have such a wide appeal.

Mark Lanegan has been around for decades, has worked with more bands and artists than can be committed to memory, and has had a hand in a broad range of projects. His set at Amager Bio, however, is more firmly rooted in the present. Focusing his setlist on his work post-2000 with a particular focus on 2012’s Blues Funeral and this year’s Gargoyle, he ping pongs between alt-rock and blues.

The focus on the last fifteen or so years is an interesting choice given that Lanegan’s appeal does not seem to be cross-generational. The room is full, but many look as though they could have been on this journey with him over the last few decades. It makes for a weirdly subdued evening, with a crowd that is attentive but not especially energetic. Lanegan himself is glued to his mic stand, almost like he’s trying to twist it free, and there is something shaky about his general body language.

It is unsurprising that when he does speak, Lanegan’s voice is shot to shit; it’s easy to imagine a permanent state of laryngitis. When he sings, though, his voice is stronger than any of his timbre feels like it has a right to be. It’s many of the quieter songs of the evening that steal the show, such as his cover of the Twilight Singers’ “Deepest Shade,” while “One Way Street” (performed with just his lead guitarist) and “Bleeding Muddy Water” leave you wondering why he would ever be anything other than a blues man.

But then it’s nice that there can be surprises from an artist who has found himself at home with different artists and different tones. “Ode to Sad Disco” (introduced as “born in this city [as “Sad Disco”] and borrowed by me”) is surprisingly poppy even in its live incarnation, and a cover of Joy Division’s “Atmosphere” closes the set with a surprisingly lightness from both the arrangement and Lanegan’s vocals. If Lanegan continues to record and tour in the coming decades, and continues to live in the present, it’s safe to conjecture he will maintain that sort of enigmatic status. 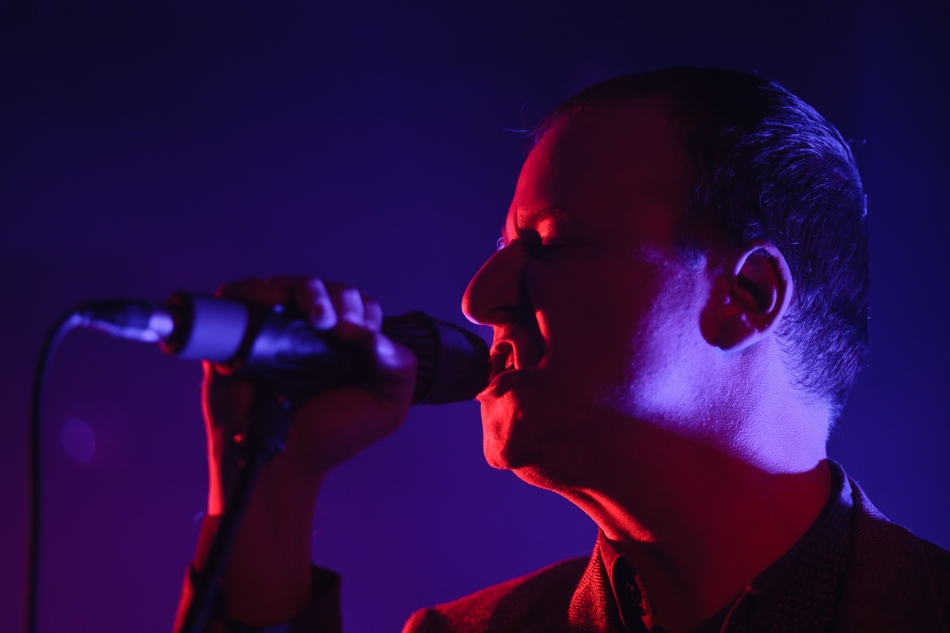