Ben Harper never keeps fans waiting long. A quick glance back at just the last five years would reveal three albums, solo and with different collaborators. Which is why fans will know how special it is for Harper to be recording with the Innocent Criminals again for the first time since 2007. The album, Call It What It Is, has the familiarity of Harper’s cross-genre pop, shifting styles from track to track.

While recording for Call It What It Is began in January of 2015, the title track first appeared in Harper’s live set in 2014.

“It was one of the first ones I wrote and said, ‘Oh! Innocent Criminals. Put it away,’” he told us on a visit to Copenhagen in February. “But I couldn’t hold it. ‘I gotta play it. I can’t wait.’”

The song addresses the shootings of unarmed black men by police officers in the United States. “I’ve had enough reaction to it to know it’s a hot button,” he says. “Didn’t know I had so many conservative fans, actually. Oh…I’m singing to them, too. Or they found it, but I’m not really the type of artist you stumble on. Either you know me or you don’t.”

If you know Harper, then you know he isn’t one to shy away from the political. But as he readily explained, Call It What It Is also has plenty of room for lighter pleasures.

Call It What It Is is out 8 April on Stax Records. 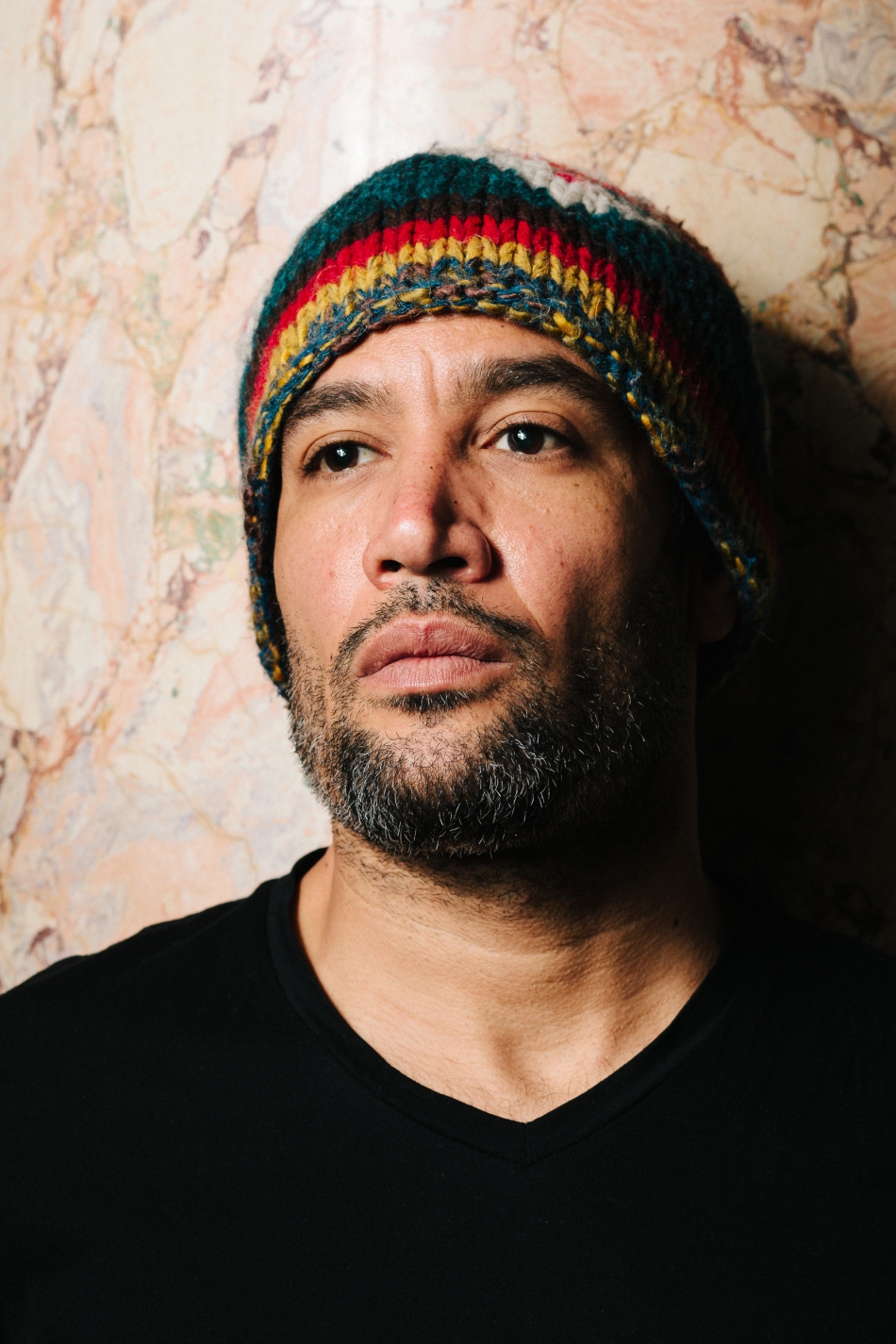 How did you end up working with Innocent Criminals again?

Couldn’t wait any longer. We had waited too long already, and it felt like there was a great window in all of our schedules and all of our creative longings and [we were] able to actually do it.

Did the songs come first or the idea to work together?

Songs came first. I had a pile of songs, and then I insisted that those guys bring me songs, because maybe in the past, not only would I not have been on the lookout for it, but maybe I wouldn’t have been open to it at all. And that hopefully represents my growth in a way that this can be a different experience with this band.

So was it a more collaborative album?

I think it’s the most we’ve done. We were starting to be collaborative with records past, but this is by far the most collaborative Innocent Criminal record ever made.

Which songs in particular reflect that collaboration?

This isn’t just a dummy answer: All of them. All the guys are credited as writers on all the songs. But it’s one thing when I write a song, and then they help me produce it and bring it to life. That’s the songs coming from me. The songs that came from outside my own pile of songs are “Deeper and Deeper,” which the guitar player, Michael Ward, brought that to me and he and I finished it; “Finding Our Way,” was brought to me — reggae tune — by Oliver Charles, the drummer and then he and I finished that one; and then “How Dark is Gone” was brought by Jason, the keyboard player and Leon Mobley, the percussionist. That one really caught me off guard. That one might be the most different song, not only on the record, but that I’ve ever recorded.

It was like none other this time. Because when you’re young, you’re barreling through walls. Objectivity is not a word that is inherent in youth. Not for me. You don’t need it, you’re just throwing it out there, you’re making it. And I still would like to think I have that same recklessness, that nature, but at this stage and age, I need distance as clarity, as objectivity, to hear what I’m doing. Doing something and hearing what you’re doing aren’t always looking each other straight in the eye. In other words, what you’re doing, and what you think you’re doing aren’t always the same. And I didn’t want to look back on this record five years later and say, “Oh why didn’t I…”

And maybe everyone says that on every record about little things. But I needed the distance as objectivity. So I recorded for a week, go away for a month, go away for two months, and wouldn’t hear it. We’d work for a week, and we’d disappear. Some bands nowadays, a week means one song. We’re musicians first. The greatest jazz records that you’ve ever [heard] were recorded in a day, two days, three days. When I say we worked six, seven days in the studio, that’s like three-four songs we were making.

Also, musicians have a terrible habit of thinking everything they do is good. Which I’ve grown out of. Go away for two months, come back, press play, and either be incredibly motivated by certain songs, or incredibly disappointed by others, and then start digging deep. And that’s what brought out this record. Which I’m hearing clearly and am very proud of, if you don’t mind me saying that. I don’t usually say that about my own work, but what I’m doing and what I think I’m doing are the same thing.

I understand that there’s a contingent — “Pink Balloon,” “Remember When Sex Was Dirty,” that might not be your thing. I’ve always said, “If you don’t like a Ben Harper song, go to the next one.” But I love rock. I love rock ’n’ roll, I love the liberation, I love the freedom of it, and if you don’t like the story about the little girl and her pink balloon having fun, then that’s on you. If you don’t want to hear something rock, then I can’t help, but I’m not going to not do it because I’m worried about what you’re going to think. Just like I would never want you to worry about what I’m going to think with your artistic output. 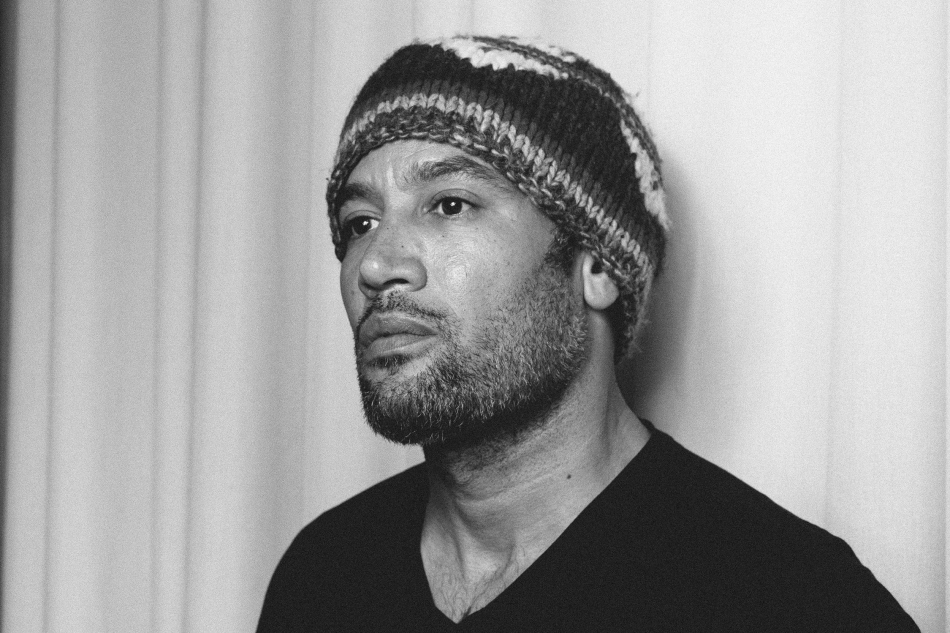 So “Pink Balloon” is about a little girl and her balloon?

Any dad who has a little girl and has tried to take a pink balloon from their kid and tie it to their waist knows what a fight it is just to get it out of her hand.

It was kind of pushed over the finish line by just the Banksy little girl with the pink balloon. It’s so moving, that image. And I said, “How can I get a musical version of that Banksy pink balloon while also thinking about my own daughters?”

Going back to your reflective process, were there any songs that you knew immediately would work?

“Remember When Sex Was Dirty” was like that. Certain songs need to surprise you and scare you. If you’re really clear on what you’ve done, I think art should surprise you as much in the future as it does the first time you see it and hear it. A song needs to pull you in right away so that you can kind of feel, see, and embrace. But a song should challenge the senses, I think, and reveal itself.

With that said, “Goodbye to You” is one of the songs on this record that — it’s just a cacophonous symphony of percussion and weaving melodies in and out. “I don’t like this, I don’t like this, oh! Okay! Now I know where we’re going with this song.” “Goodbye to You” and “How Dark is Gone” are just complete experiments. They dragged us kicking and screaming, they just hovered there, daring us to complete them. And I didn’t give up on them, where some songs you come back to and just know. And those didn’t make the record. The ones that I would come back to and go, “Oh yeah!”: “Sex Was Dirty,” “Pink Balloon,” “Shine,” even “Deeper and Deeper,” there was no question once that was going. “How Dark is Gone” put up a fight. “Finding Our Way,” the reggae tune, put up a fight. “Goodbye to You” we did three other versions, but that one, the cacophonous one, just pulled you through a dark hole. That was the one we finally settled on. So some were willing participants and some really put up a battle.