After experiencing Angel Olsens last performance at Ideal Bar HT writer Amanda Farah forecasted that she wouldn’t be playing a small venue like that again. She was right. Tonight, Olsen is standing higher from the ground on the stage of Lille Vega. When looking at the solid mass of people huddling in front of the stage curtain, the stage-upgrade seems like a wise decision.

Already from the second track ‘Hi-five’ Olsen reveals her impressive voice – effortlessly sliding through her vocal register she instantly mutes every talking head in the crowd. The honesty is shattering when she sings, and though you could make a list of musical references, it’s unnecessary since she is very much her own. But not only while singing. The laughing and smiling between the songs is natural and shows a charming soul. Maybe it’s the drinks from the day before that made her so easy going, however she seems strangely unaffected by the fact that she’s actually playing a show. And the same thing goes for the drummer who sneaks up his phone from behind the drum kit to take a picture. “Josh! We’re doing a show, dude!” Olsen laughs. 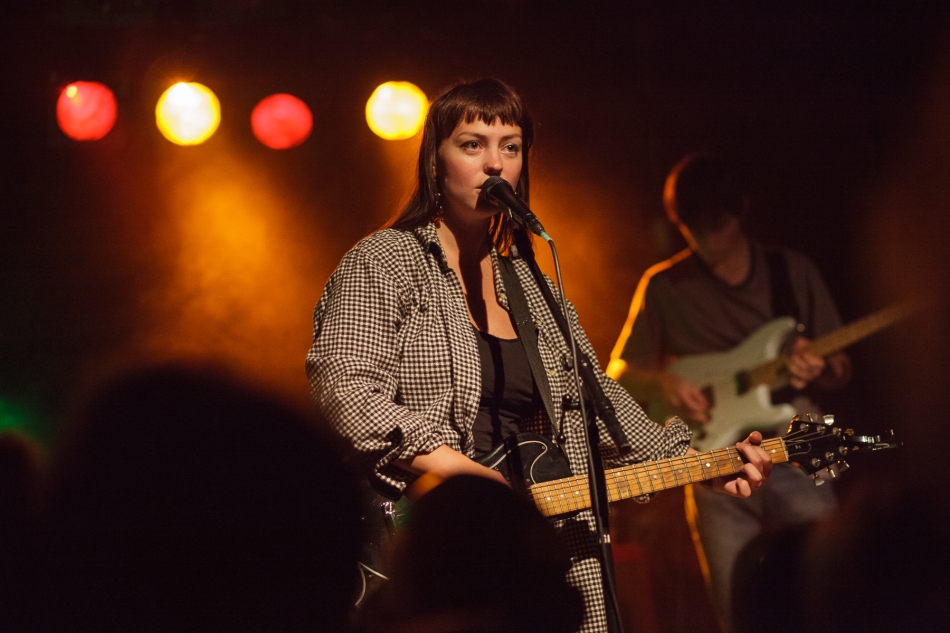 Bursting into another song from the newest album Burn Your Fire For No Witness, the performance of ‘Stars’ convinces me that the band is not only a bunch of soft ballad-ambassadors. The song is crafted with a great sense of songwriting and executed with sharp accuracy. And Olsens lyrics are equally sharp and precise in their brevity. Combined with her numb facial expressions the words gain further meaning when she sings “To scream the feeling until there’s nothing left”. A feeling that a couple of younger girls at stage edge seem to relate to – with their gazes fixed on Olsen the helplessly frustrated girl mind is reflected in their faces. 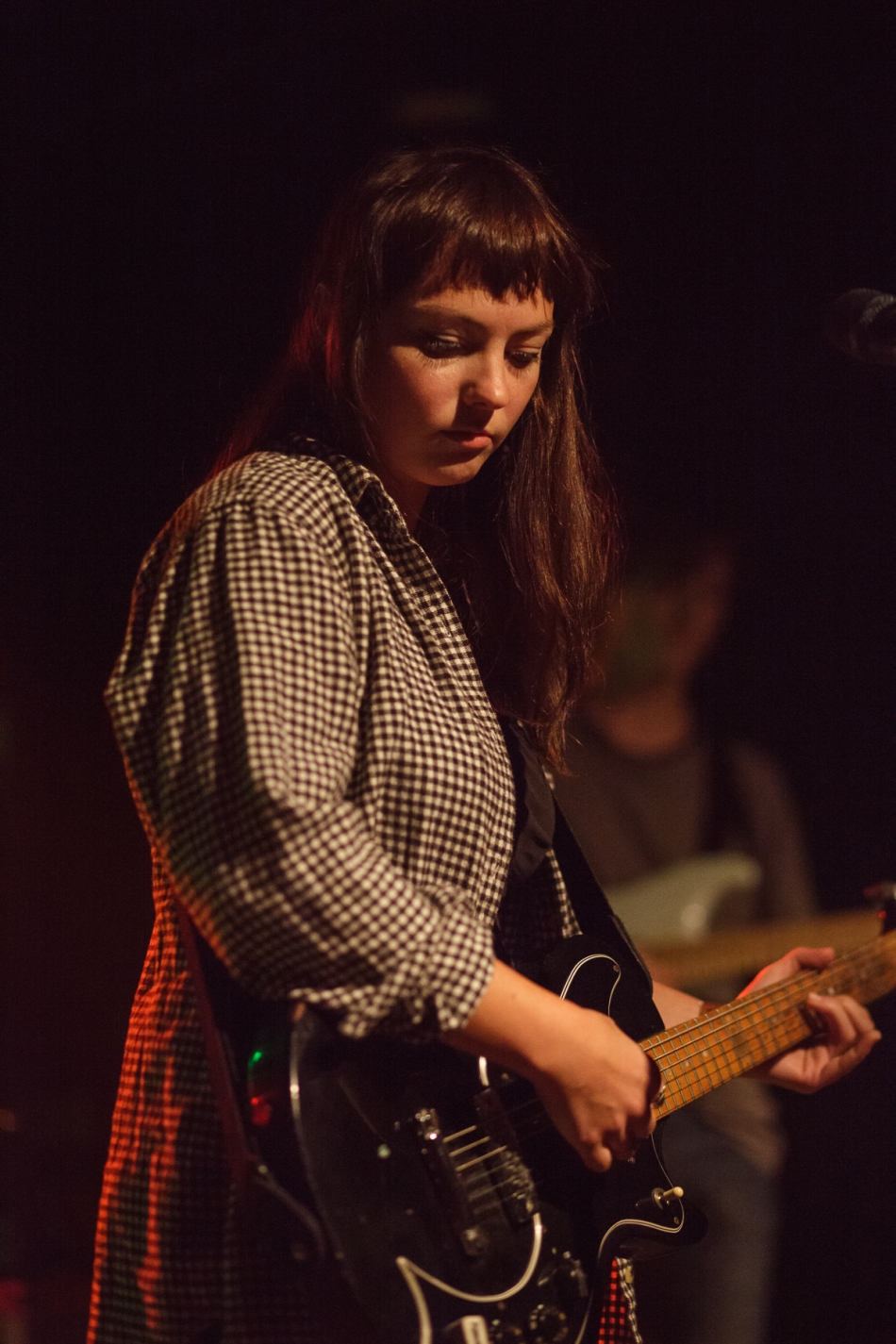 But Angel Olsen’s fan base does not only consist of young girls with their hearts broken – I see plenty of older people as well as guys like myself, who have been mesmerised by the voice of the angel (or the positive critical acclaim – after all we are herd animals). With a distorted veil blurring the guitars, hit single ‘Forgiven/Forgotten’ shows the band from a raspy and dirty side. It’s a short and effective two-verse rock tune that reaches into a noisy climax, before the band leaves Olsen alone on stage to sing the last song.

The lights are turned on as a signal for us to leave, and I’m already standing in the door way as the band comes back on stage. A cover version of Fleetwood Mac’s ‘Dreams’ certainly surprises me, but if someone ever is to deal with an old classic like that, Angel Olsen is definitely worthy.