My ears are still ringing. I am, like most people who go to gigs regularly, terrified by the possibility of chronic tinnitus, but I will say this: if anyone is going to force me to perpetually hear an irritating, high-pitched whine, it might as well be the Fat White Family.

The Family’s fortunes have risen considerably over the past couple of years, with two albums, several collaborations, endless tour dates and a substantial body count of managers and musicians in their wake. It is no secret that they have had more than their fair share of turmoil, but what the music press relishes in depicting as their excess and scandalous behaviour, can be more accurately described as sheer dedication. In spite of injury, anger, arguments and exhaustion, the Family plows mercilessly on. 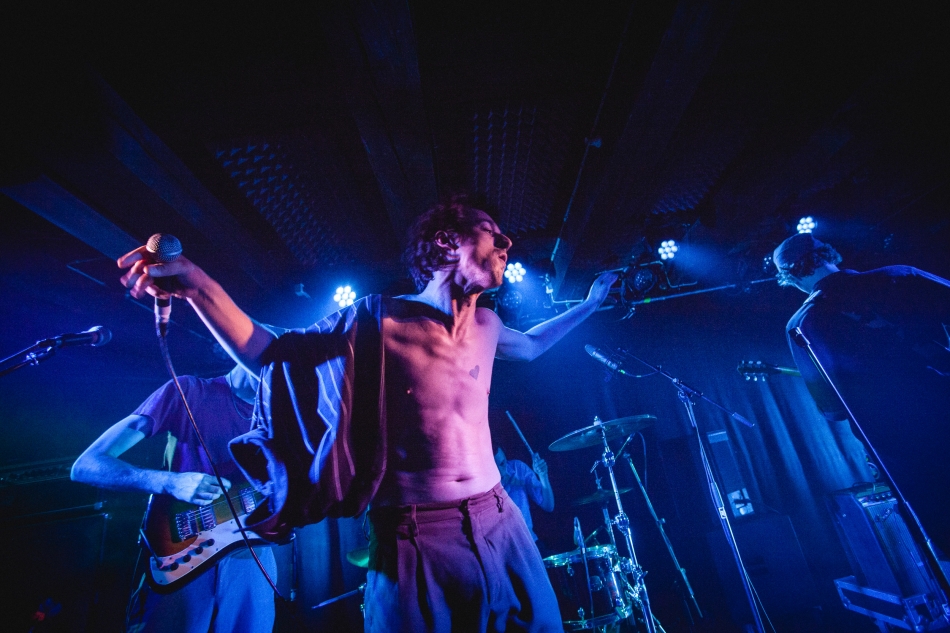 From the first menacing bass riff of their latest single, Tinfoil Deathstar, the band appear at home in Loppen. The venue’s size is a great leveler, forcing any act that plays there to stand or fall on their ability to merge with the audience. Frontman Lias Saudi is always up for some sweaty merging, and it isn’t long before the whole band is topless and spitting pieces of their torn lungs into the microphones. Some have observed that their latest album, Songs for Our Mothers, is less sonically abrasive than its predecessor. You’d never have guessed it.

For a band that thrives on unhinged energy, it is the quieter moments that show Fat White Family at their most confrontational. Garden of the Numb sees Saudi and Saul Adamczewski duet a dirge-like country hate anthem. Lines like “You sycophantic weasel-minded whores / You would sell your mother’s cunt to open doors” work all the better because they are quietly growled rather than screamed. Ice-cold hatred is infinitely more terrifying than hot anger.

But the Family isn’t going to end on a downer. No, nothing ends a show like the rockabilly madness of “Bomb Disneyland”. And as Saudi incites the crowd into the sweatiest, filthiest mosh pit, you can’t help but grin at the appropriateness of being in Denmark when a band screams “dirty-bomb Legoland” at you.