Despite this initial disappointment, they do build up to the anticipated decibel level, though it takes nearly half an hour of their 75 minute set. That lack of initial impact doesn’t prove to be a deal breaker. Fuck Buttons are one of those electronic acts that give you a sense of creation as they play, rather than just twiddling knobs. Watching Andrew Hung and Benjamin Power make wordless noises into microphones that are fed back to create new, different noise, or the brief, live drumming, during which Power knocks his floor tom off of its platform, are unexpected moments of humanity that take them away from their places hunched over their table. 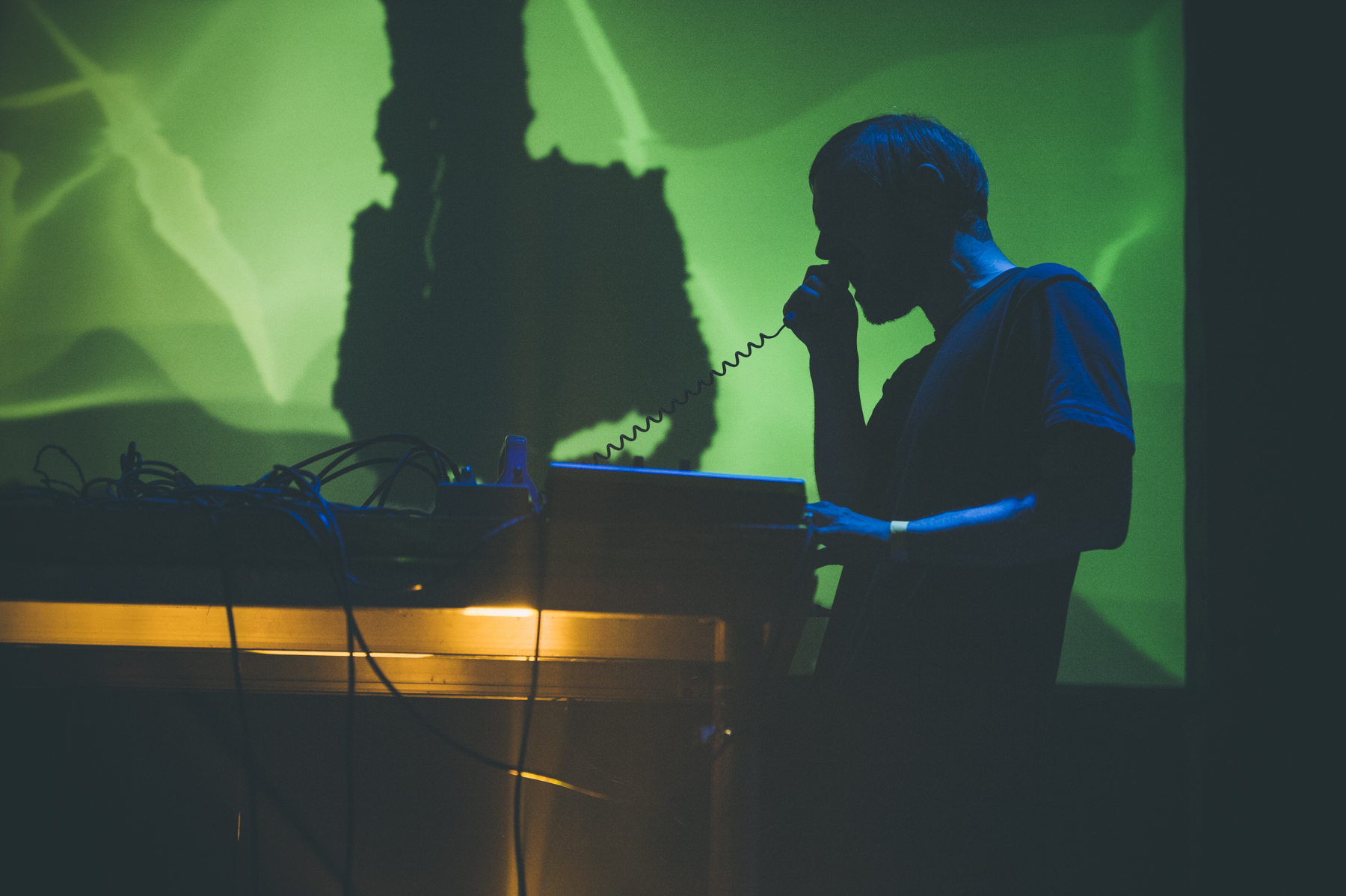 The visuals, however, leave something to be desired. Throughout the show, Hung and Power were silhouetted in real time over myriad kaleidoscopic visuals — a neat trick, but not necessarily one that needed to be carried through the entire show.

Then again, Hung and Powers are themselves entertaining to watch. They both often adopt zen-like expressions and sway very gently while playing. At times, Hung glances over the audience with look of satisfaction that suggests he’s thinking, “Yes, I am responsible for this.” As the pair are separated by a long table, unable to communicate with each other directly, they can be seen making eye contact with one another, and a nod here and there seems to be responsible for new movements in songs.

And if that tires, there is a sea of people dancing, and most amusingly, dancing to different elements of the songs, every individual latching on to some different rhythm. It’s good that they’re into the music, because other than a quick “Thanks” from Power at the end of their main set, no other words are spoken during the entire show. The evening ends in an understated way when Hung raises his drink to the crowd and walks off stage, leaving Power to twist everything into a metallic distortion. But it is only another minute before he, too, faces the crowd and departs with a small wave, leaving us with a fading feedback loop. You can get away with that sort of limited interaction — when the music’s loud enough.

In terms of ideal concerts venues, it’s hard to beat Pumpehuset’s Byhaven on
Tune-Yards closed out a six-week tour on the smaller stage at Pumpehuset. The
Ed Harcourt is a versatile performer. Over the years, I’ve seen him play

In terms of ideal concerts venues, it’s
Tune-Yards closed out a six-week tour on