“This is a strange set-up for a punk concert.” So says our dear photographer Morten, and to some extent he is right. I didn’t quite expect the poetry readings and the hour-long performance piece that lead up to Lower. Half an hour into the slow-burning piece, in which some blond guy shyly and ploddingly gave out lighting instructions, the mood becomes restless. But it is really a testament to the tolerance of Copenhagen audiences that they last that long. But the second part of Morten’s statement, that this is a punk gig, is the one I have problems with.

At some point the international press has to stop talking about the Danish “punk” scene. Whatever the influences of Iceage, Lower, Communions et al. might be, the sounds that emerge from these bands have quite specific reference points: the baroque post-punk of the Chameleons and the Comsat Angels, and the twisted Americana of the Bad Seeds and the Gun Club. Even the standard uniform (baggy, buttoned-up-to-the-collar shirts and waist-high jeans) is more reminiscent of 80s goth and new wave. Black Flag this ain’t. 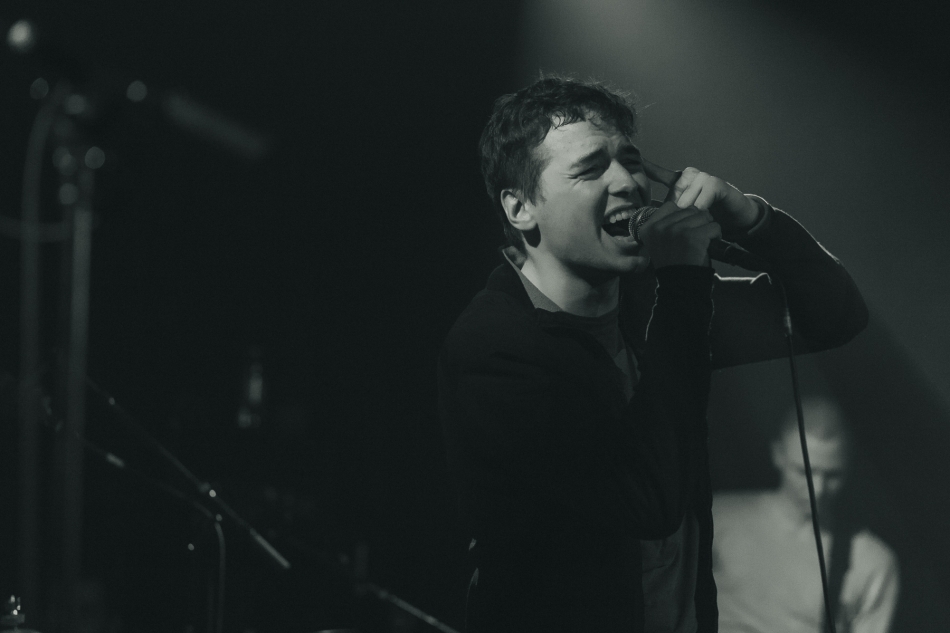 Though their music has as much dramatic flair as any of those previously mentioned bands, something in the demeanor of Lower indicates that, however emotional or personal their music might be, they don’t take themselves too seriously. Halfway through the set guitarist Simon Formann serves the whole band, including an extra percussionist and a pianist/cellist, cocktails. The sight of frontman Adrian Toubro singing while holding a pink concoction in a lowball glass harks back to the decadent crooners of the 60s and 70s (also referenced by Iceage in their Mina-inspired “Morals” and in the video for “The Lord’s Favourite”).

Lower’s debut album, Seek Warmer Climes, is full of chiming and wiry guitars, the mid-range vocal crooning favoured by 80s darkwave bands, and drums that sound like they are falling down several flights of stairs. The rhythmic chaos of songs like “Lost Weight, Perfect Skin” are enhanced in the live setting by the extra percussionist, whose tom and snare work almost takes the band into Adam Ant territory. The added cello and piano are a clear attempt to push Lower into different territory, though by now it has almost become standard in Copenhagen, with Shiny Darkly and Iceage using classical instruments to greater or lesser degrees. 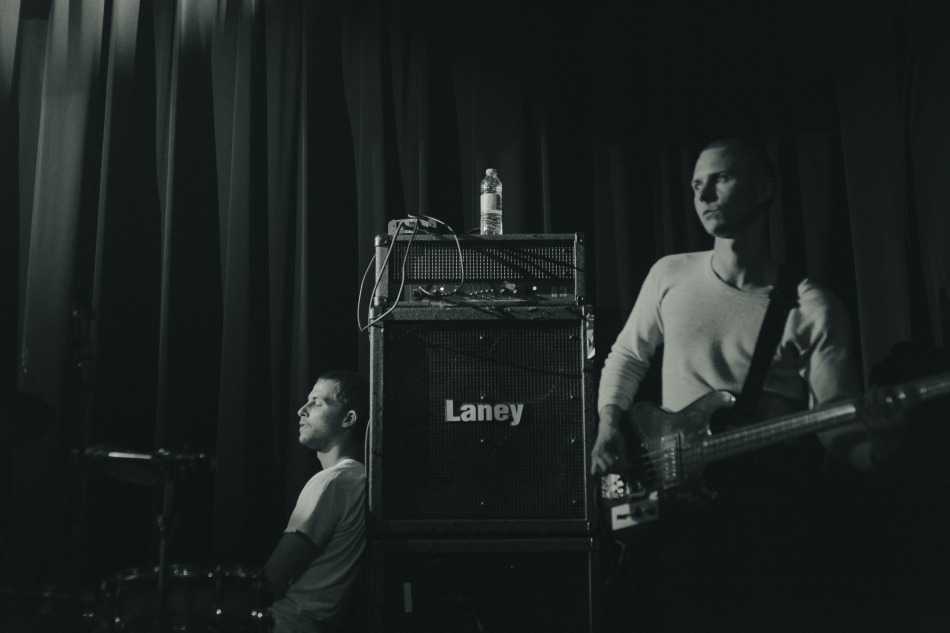 Among all ruckus of drums and guitar, Lower have a melodic heart in Tourbro’s vocal delivery, particularly evident in the glorious chorus of “Soft Option”, the standout track from their debut. It is almost impossible for me to write about Copenhagen bands without making a very long list of references (often very obvious ones), but that is not to dismiss these acts as carbon-copies of their heroes. Perhaps none of them would fit well in a chronological chart of the “progress” of pop music, but they are a reminder that the important thing is not to create a sound that has never been heard before, but to make the music sound new.