It should’t be surprising that a sold out festival is difficult to get into. The queue to enter NorthSide stretches well past the main entrance and down around the road, the wait half an hour or more even hours after the gates open. People are in good humor despite the crush, drinking cans of beer they brought along for this inevitability.

When finally inside the festival grounds in the early evening, it’s Reptile Youth who are on stage. And though it’s not the start of the festival day, it’s the perfect start to our day. Their percussive, high energy music is precisely what’s needed to get you into the spirit of the weekend. Mads Damsgaard Kristiansen is flailing across the stage, and the audience is mimicking his energy in waves of pogoing heads. He crowd surfs during “We Are the Children” before the strict “no crowd surfing” rule is enforced later in the day, and the band ends the set in an ecstatically received rendition of “Speeddance.”

Mount Kimbie, in comparison, are completely chilled out. Their dark, somewhat gothic electro, suitably played as clouds offer some respite from the intense sun, is pleasantly lulling. Bolstered by a live drummer, they are a band of more equipment than people, and spend most of the set hunched over tables of electronics, even when playing guitar or bass. It’s groovy in a slightly sinister way, but it’s the kind of thing that doesn’t really translate well to a festival, at least not a large outdoor festival. Really, how much good does a smoke machine outdoors in broad daylight really do?

It is obvious, however, that Franz Ferdinand have studied whatever textbook material there is on how to perform a festival set. Alex Kapranos packed the hour with scissor kicks and gratuitous dropping of “NorthSide” into songs. They move so seamlessly between songs that sometimes it borders on a medley. At a club or theatre show it might be disappointing to have so little interaction, but in this setting, it’s best to (as James Murphy would say) shut up and play the hits. And it’s hard to deny the appeal of the mass of dancing people or the echoing sing along of “Take Me Out.”

Which is why the set from Lana Del Rey that immediately follows is a tremendous buzz kill. There is initial exuberance from the crowd — teenage boys down front forming hearts with their hands like One Direction fans, Lana descending a ladder to meet the crowd, kissing girls, signing autographs like it’s a red carpet film premiere and not a gig — but it dies down quickly. There is a lot of silence from the crowd, and total silence from Lana between most songs. It’s telling that most of the shots for the screens are extreme closeups of her face: There she looks perfect, grinning coquettishly as she sings, but the wide shots show her band exuding more energy than she does. She moves in long, graceful steps across the stage as she sings, but she doesn’t really engage. She doesn’t even tap a foot. It’s like taking a Valium; you don’t just feel sedate, you feel nothing. Lana looks like she feels nothing, too.

And it’s not a question of genre. Goodness knows that headliners the National have their fair share of moody broody indie pop, yet they are totally compelling, even at one in the morning. It helps that singer Matt Berninger , slamming his mic stand into the stage like he’s trying to do damage. Aaron and Bryce Dessner keep pace, but don’t try to compete with Berninger crawling around to corners of the stage while singing “Abel” or nearly being sucked into the crowd when he stands up on the barricade.

Such intensity is necessary to compensate for the fair amount of nuance is lost (that is, most of the horns), but on the whole the sound at NorthSide is better than can even be optimistically hoped for at most festivals. So it’s appreciated that the National get the crowd clapping along, which is vital not only to the rest of the set but also for keeping awake and keeping warm. Those who stuck it out past two in the morning were treated to Berninger leaving the stage and security behind and wandering the crowd, nearly strangling your correspondent with a mic cable that, to the best of the tech’s efforts, couldn’t be kept over everyone’s heads. Which is certainly another way to keep people awake. 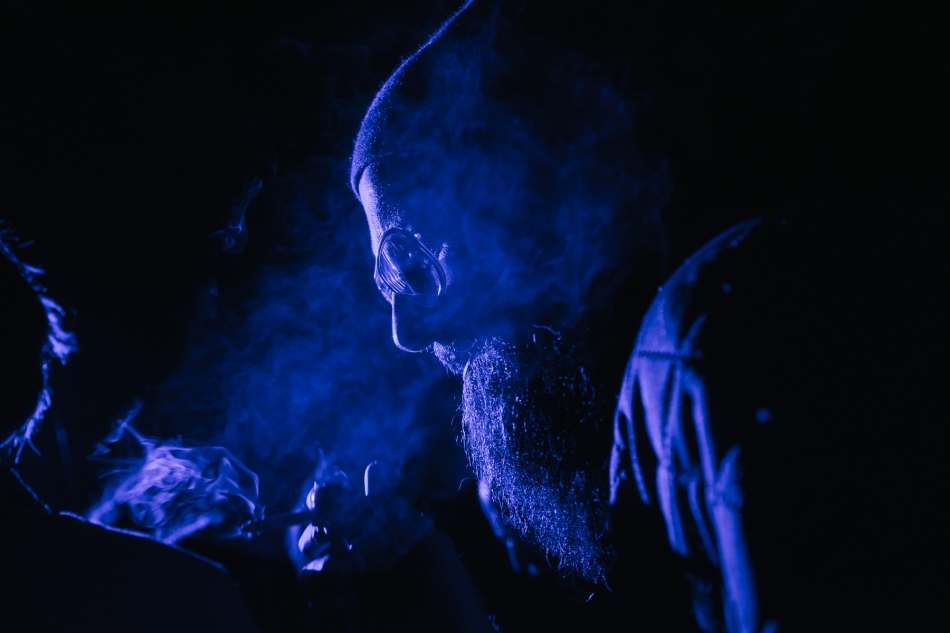 View the gallery from Northside Festival 2014

Franz Ferdinand are the art art rockers with the hits. Over the years,
With the disappearance of Trailer Park and Vanguard, Copenhagen has been missing a
Swans – To Be Kind After thirteen studio albums, Swans have not diluted their