The second of Oh Land’s two homecoming shows is a jubilant evening. It’s the kind of evening where spirits are high and the audience can be encouraged to clap along — even to sing along — with minimal provocation from the artist. Everyone is just into it.

Even opening the show on a mellow note, sitting at the piano for “Cherry On Top,” is greeted with enthusiasm that’s equalled when she rolls into the more directly dancey “Pyromaniac”. That’s because Nanna Øland Fabricius herself is a performer in all of the best, most over-the-top senses. She’s the type who will thrash around behind her piano (or at least chair dance — everyone who has their headphones on while at work knows what I mean), throwing up her arms she’s going to do a trust fall with the same energy that she uses to bounce around the stage when not being the piano. 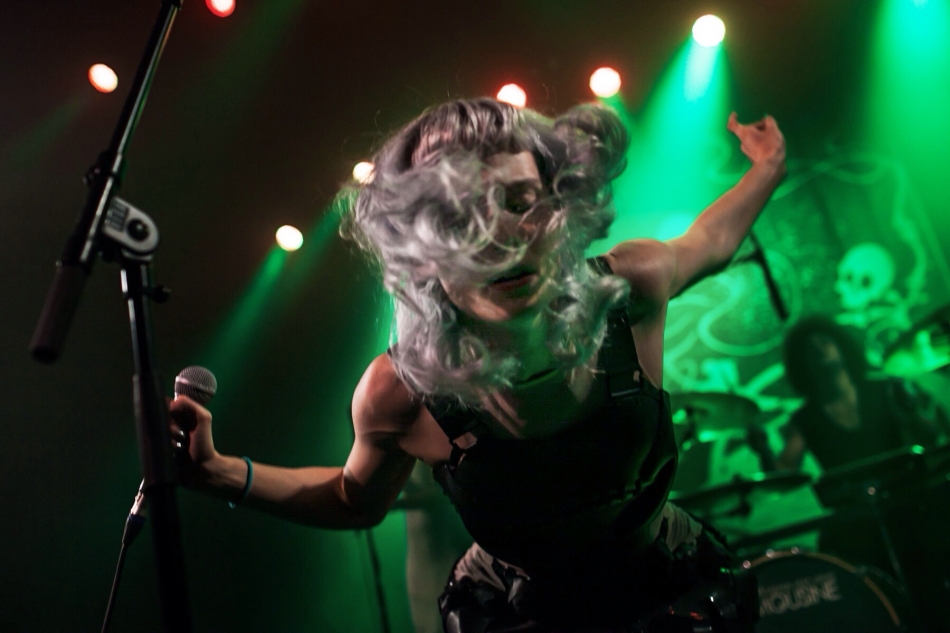 She shows her vocal range often by stripping back arrangements for quiet intros that burst into rousing pop numbers, and with songs like “3 Chances,” performed primarily  with just her and guitar, allowing her to demure at the microphone. Her backing band can’t be undervalued either, not just as musicians, but also as vocalists — in particular, Katrine Enevoldsen matches Fabricius in strength, and the difference between having live backing vocals of that calibre versus a prerecorded track is huge.

Between songs, Fabricius is chatty, cracking jokes, teasing her American guitarist in Danish and then having to translate for him, and upping audience call and answers into elaborate, operatic scales. Nothing about Fabricius is too earnest, and that’s key. Even during her more serious songs, she still has a smile on her face, which is why she can pull off a lot of the hands-in-the-air, palms aloft moments. You readily believe that she’s just as cool as she is goofy. As a live performer, there’s more than one angle that she can play, in precisely the same way her songs span the sensitive and sweet to the straight up pop tunes. 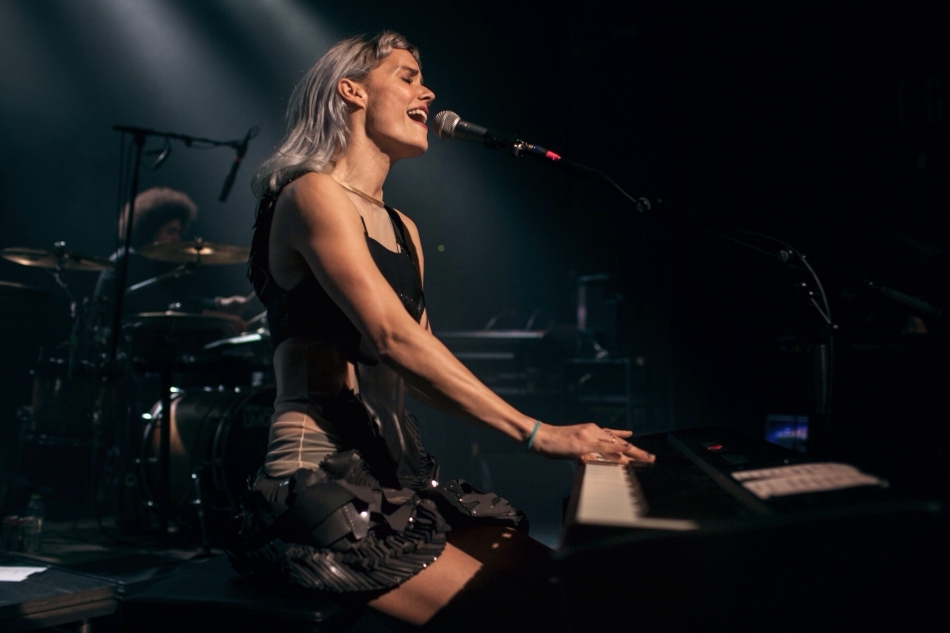