Whatever the opposite of a cult of personality is, that’s what Anders Trentemøller is. Seeing him lined up with his band in a perfect row, it is not immediately apparent that the man behind the keyboards is at the helm of this dark, almost ambient rock.

It’s not until 40 minutes into the set when Trentemøller’s bandmates have fallen away and he is left alone on stage with his synths and a glockenspiel to play “Miss You” that it’s really clear who is at the center of the project creatively and not just physically.

In fact, Marie Fisker, who provides all of the lead vocals for the evening (she also sings the vocal on “Candy Tongue” on Lost) as well as playing guitar, could easily be mistaken for the band’s frontwoman. She spends more time playing to the crowd than Trentemøller himself, who only occasionally stalks out from around his keyboards to contort his wiry frame. 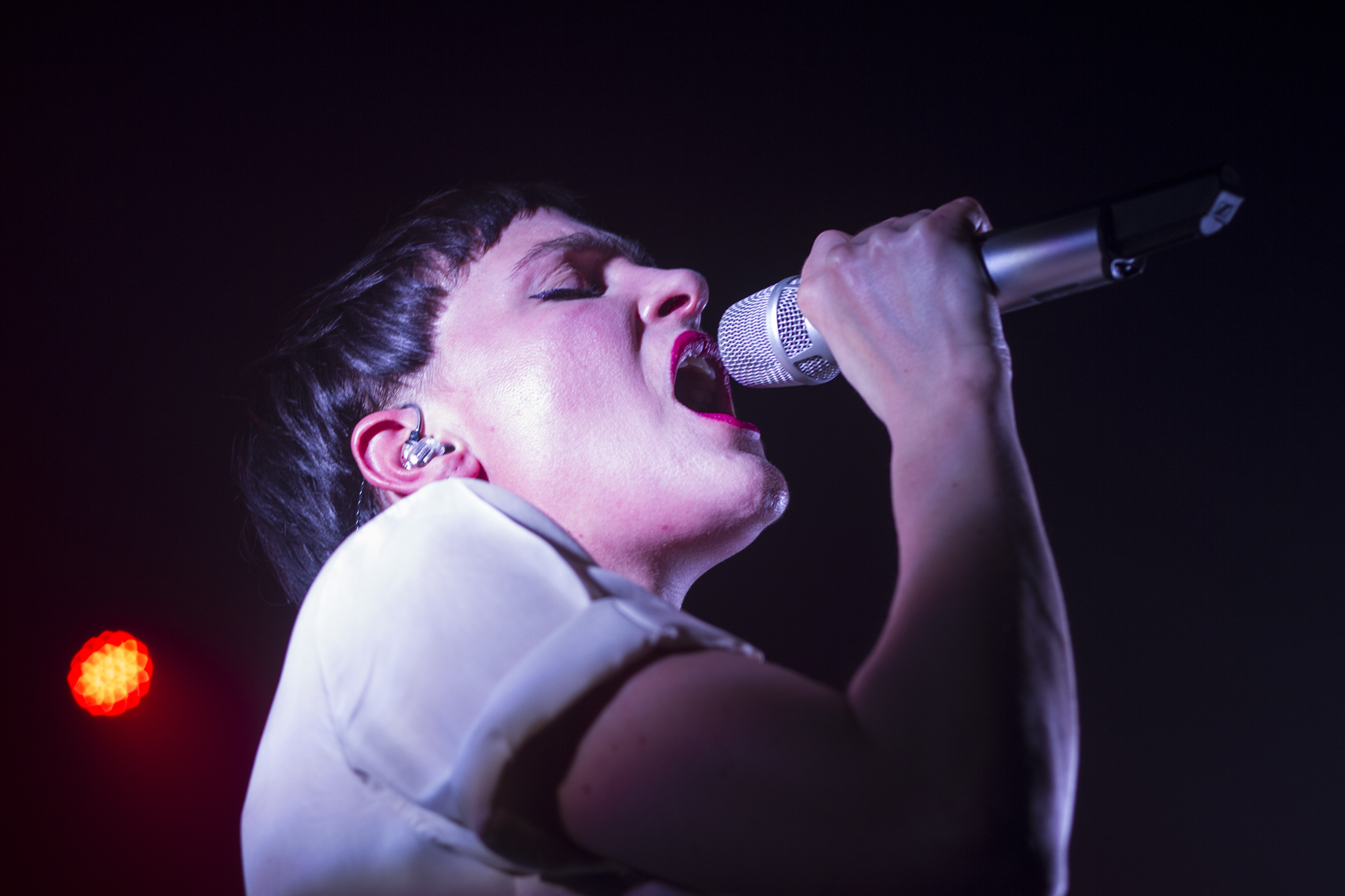 But Trentemøller’s set is much more about atmosphere than rock star performances. There is something restrained in the entire band’s performance. The energy is evident, but everyone keeps him and herself relatively confined to their respective spaces, though maybe that’s because there’s just too much gear to worry about knocking over. Trentemøller himself attacks his synths as though he’s longing for a more mobile instrument to allow him to get some of that energy out.

Which may sound surprising if what you were expecting was the delicate, introspective beauty of Lost. When some songs are three guitars deep, it’s inevitable that those instruments will overtake the nuance of some of the composition, but no one seems disappointed. Judging by the vibe in the room, people are here to dance in their own similarly restrained ways. They’re ready to accept loud guitars and glockenspiels in equal turn. They are pleased with their un-rock rockstar.