Denmark is no stranger to cool Doc Marten wearing punk artists with bowl haircuts instead of mohicans. Whilst Communions have a bit more melody than their studio neighbours Iceage and Lower, the harsh and wailing vocals, (and the upturned skinny jean look) are just the same. The audience, littered among empty nacho pots, are, if a little grubbier, matching the band. However, as the clouds clear and the sun beats down in full throttle, most heads seem to have sunk heavily into their owner’s hands, rather than being used to smash bodies against one another. A few punk loyalists down the front are moshing happily, but the crowd is otherwise relaxed, drinking beers rather than throwing them. From where I’m standing at least, it doesn’t feel much like a post-punk concert. And Communions don’t seem to think so either. The tracks are well executed and confident and the skill of the band members is evident, but their energy is not travelling further than the first row. The atmosphere is markedly flat. I know it’s probably their custom to look moody, but a little more charisma (and a later slot) wouldn’t have gone a miss. 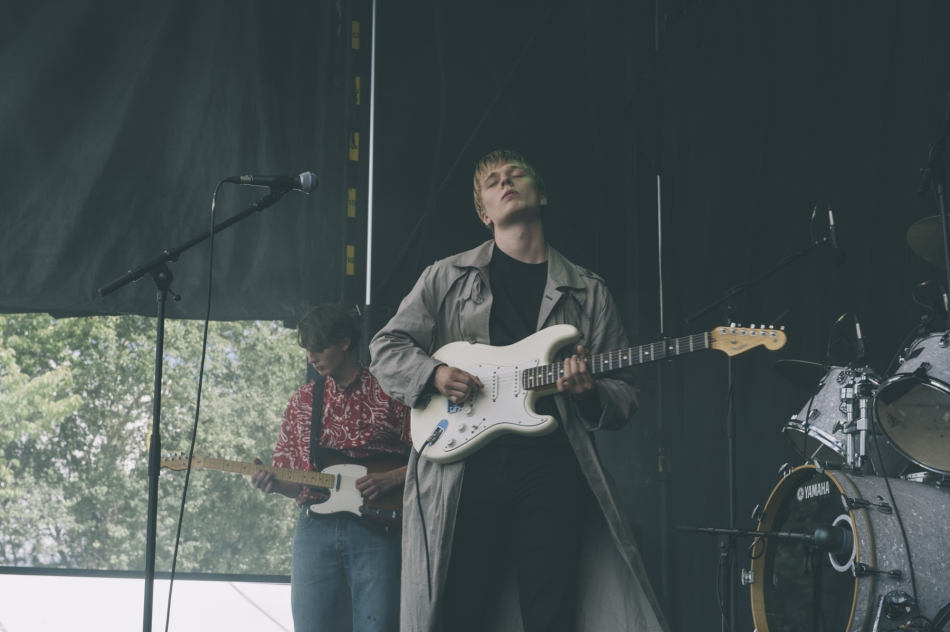 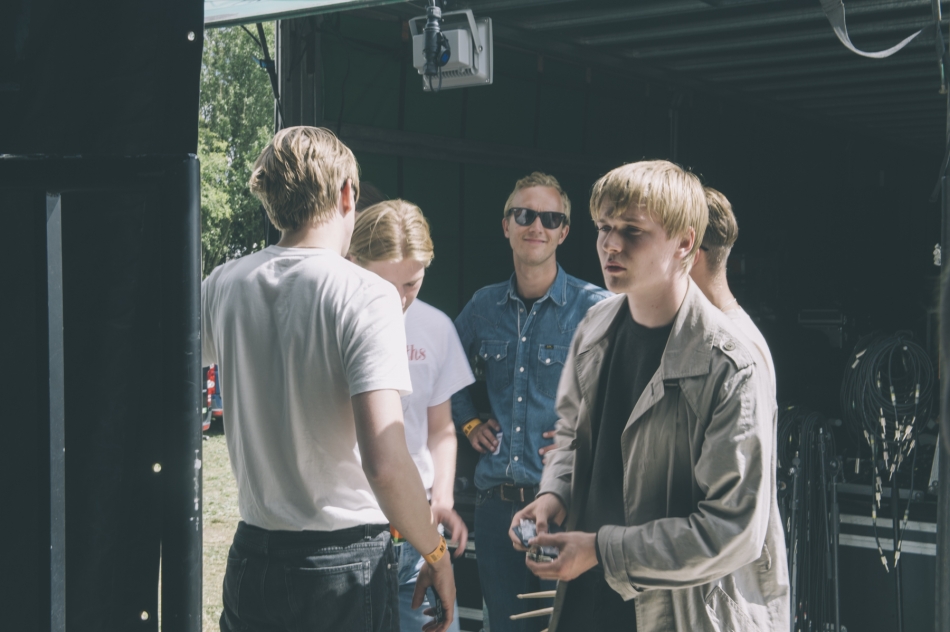 Three hours later, the fiesta seems to have finally reached the Rising Stage. Producer Caspar Hesselager, the man behind My Heart The Brave, is joined by Aske Bode, Jacob Haubjerg and Ask Bock to allow him total freedom of movement when singing into the mic. He seems slightly awkward in this environment, away from the piano or synth, but his blatant energy and excitement is enough to bring the music to life and generate a genuine party feeling out of his electronic backing. His tracks are impossibly catchy, and even those just stopping by find themselves mouthing words they don’t know and, at the very least, nodding their heads and tapping their feet. 45 minutes of pure, unadulterated, summer fun. 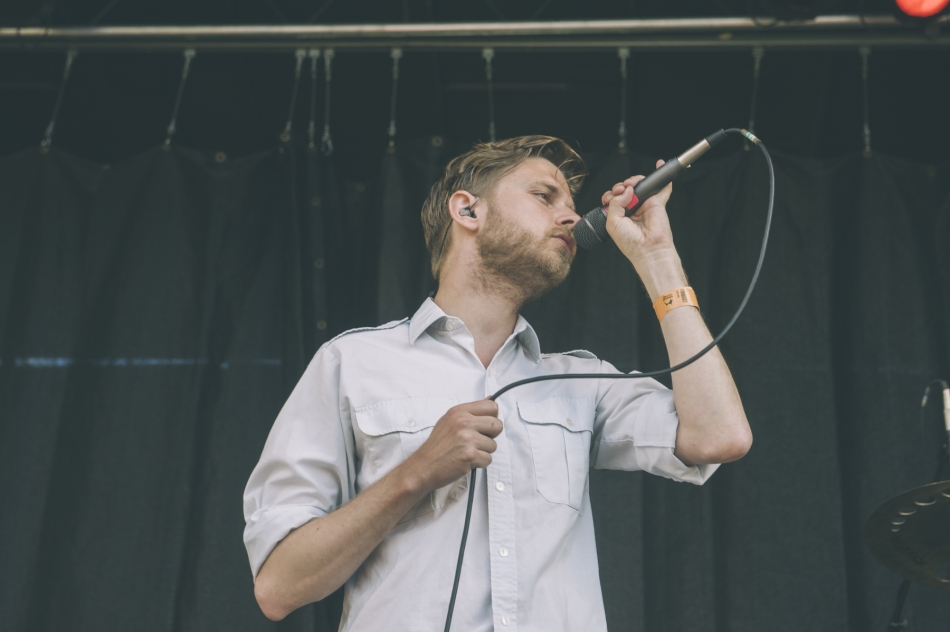 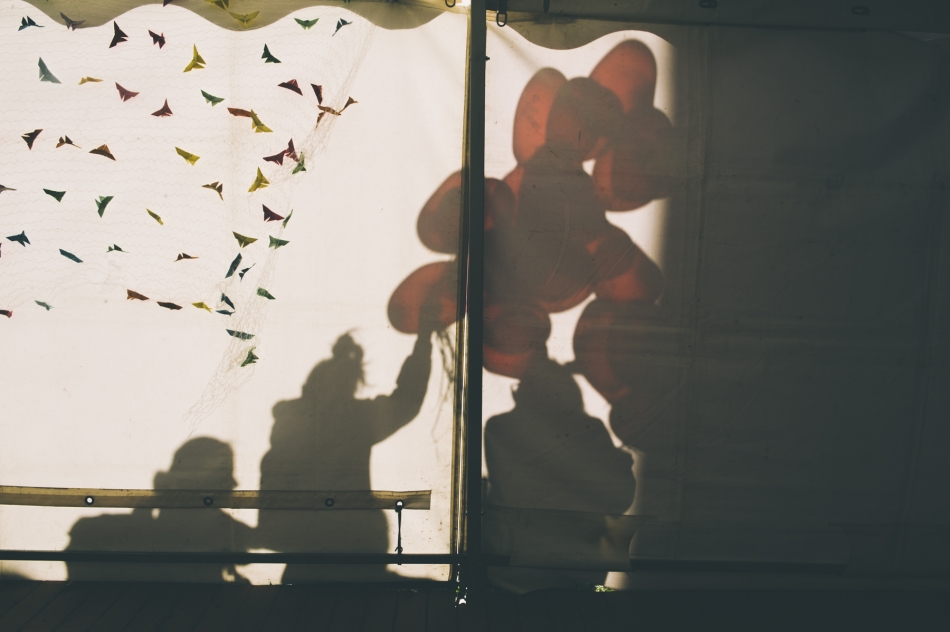 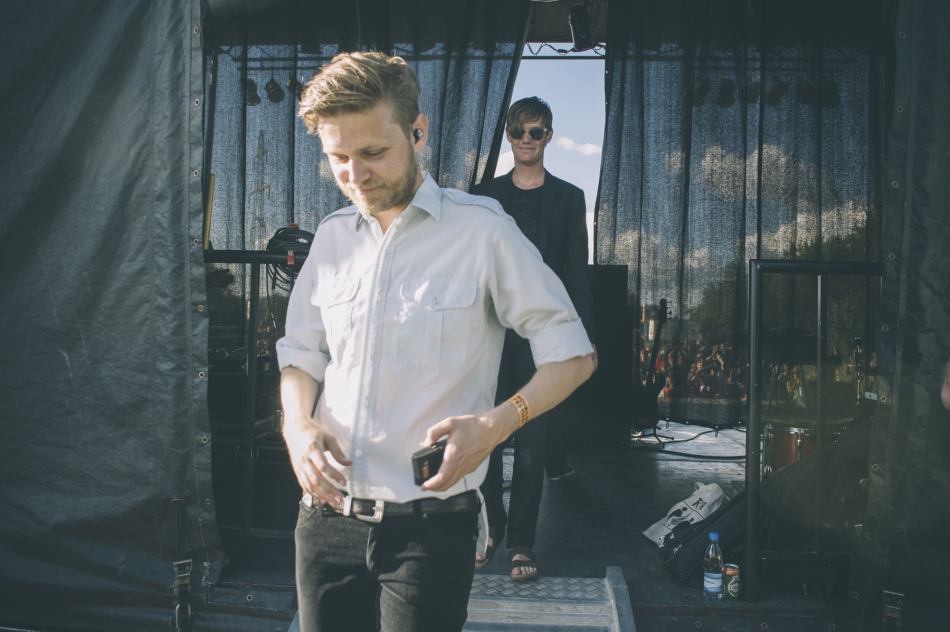 I hate dick rock, prickish behaviour and bad tattoos. Förtress have all of these, and then some, but there’s no denying they put on a fucking good show. “People were moshing to our soundcheck!” says one band member earlier in the day when we meet for an interview. And when you see Förtress in front of their crowd, this comes as no surprise. They seem to have the most solid fan base of all the Rising acts, cheering and chanting before they’ve even entered the stage. The drummer, known as ‘Vildsvinet’ for his somewhat round body shape, walks onstage wearing nothing but a pair of stars and stripes speedos and shoes. Guitarist Simon plays a guitar riff from behind the curtain before filing himself and the other band members in and revving the crowd into a frenzy. The riff gets repeated as the band disappear and return for the encore. These lads are revelling in the experience, like a group of School of Rock graduates. They even copy Get Your Gun’s performance by bringing on a women’s choir for the denouement of the set. They may only be on the Rising Stage, but Förtress perform like they’re facing a crowd of 100,000 on a comeback tour. 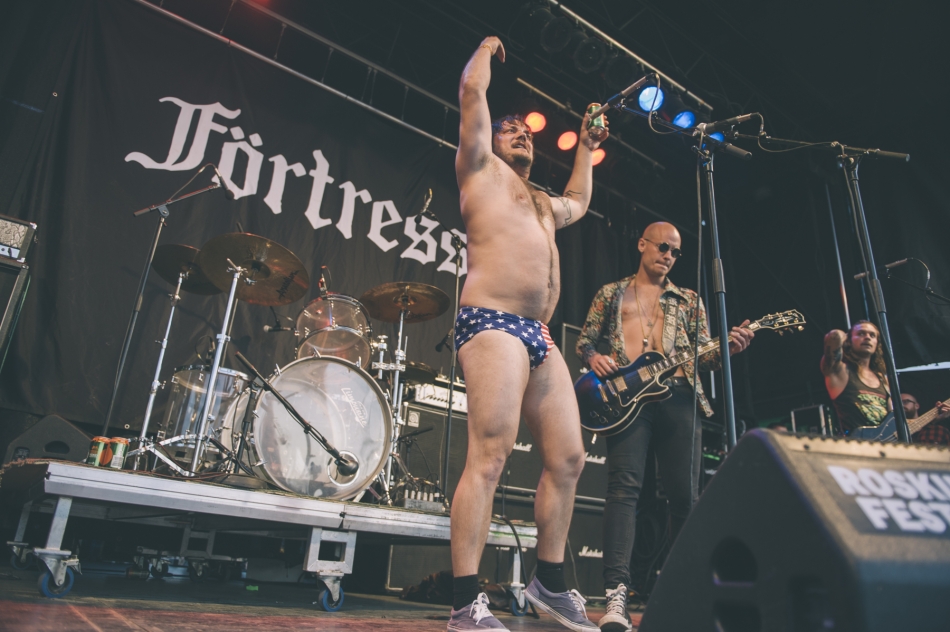 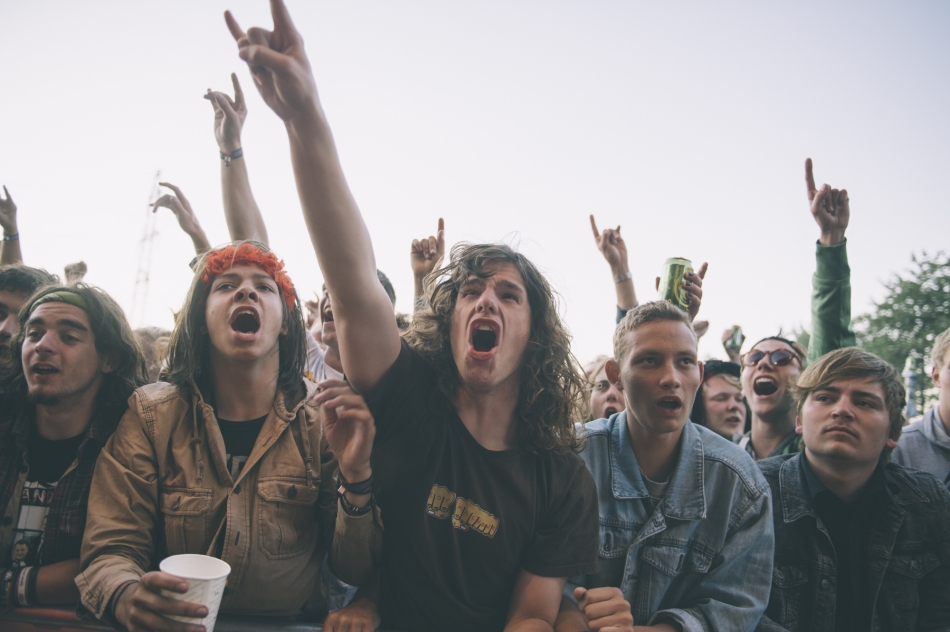 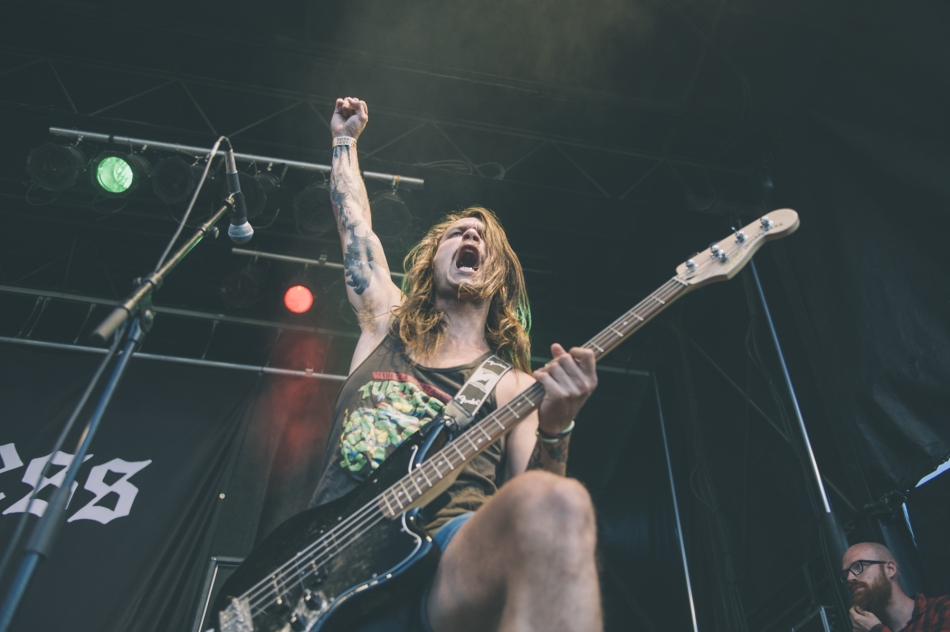