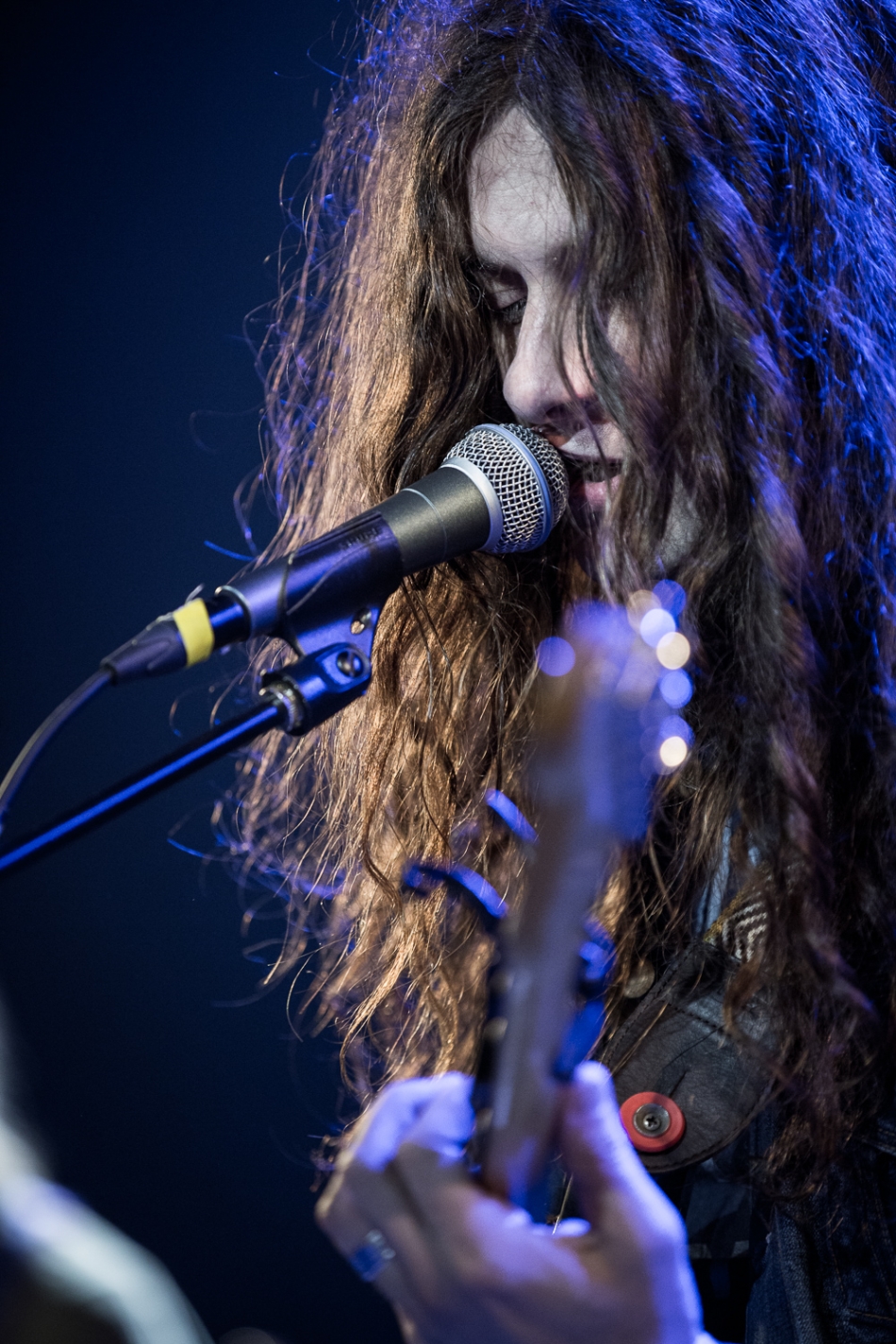 Entering Kurt Vile & The Violators’ show at Vega last night was like attenting a private party of the kind where nobody really bothers to get up and greet you welcome, and where it is up to you, if you feel at home or as a stranger. I felt at home quickly, but perhaps that was due to the fact that my only memory of Kurt Vile from previous shows is of his back and therefore I did not even expect him to face the audience – which he actually did all night only hiding behind his hair.

This band does not attempt to entertain or please anyone. They are are merely just there as if they were back in their own rehearsal space playing their songs regardless of whoever hangs out there and who cares to listen. And while some people find that attitude arrogant or boring or just too stoned out, I personally find that it serves to unveil the actual purpose of a visit by Kurt Vile and his band: The music.

Lou Reed once said: ‘You can’t beat two guitars, bass and drum’. Kurt Vile follows this rule to perfection, only broken by a few occasional rhythmical add-ons from a laptop. In one song a saxophone is taken onto stage, but noone plays a single note on it until the end where it is used solely to add to the white noise of several distorted guitars.

This no-nonsense attitude towards guitar-driven rock makes Kurt Vile & The Violators sound both timeless and at the same time completely present.

Few other bands dare to devote several minutes to just playing two chords over and over again, without adding some cool attitude or an interesting light show, in case anyone in the audience should get bored. Neil Young and Crazy Horse obviously comes to mind, but also less noisy bans such as Tom Petty’s Heartbreakers.

In fact, the only boring passage in yesterdays performance was one of the most anticipated songs, Jesus Fever, a song which Kurt Vile played in such an uninspired way, that I feared he would fall asleep. It seemed to me as if the demand for a ‘hit song’ from the audience bored Kurt Vile and instead doing a new interpretation of  the song in a Dylan’ish way, he just chose to get over with it as fast a he could and return to jamming with his band mates.

Recently described by Pitchfork as ‘the weird quiet kid in the corner’, Kurt Vile is not the
“Hey guys, any good concerts this week?” You bet. As the days get darker and colder the gigs
The Hives, Store Vega, Copenhagen, 31.01.2013 (Photo by Tom Spray) The Men, Stengade, Copenhagen, 21.03.2013 (Photo by
Go to Top