A good punk show is always just a little bit shambolic, and what makes Atlanta punk trio the Coathangers great performers is how neatly they work just the right amount of chaos into their set. There’s a damaged high hat and cymbal that gets intentionally knocked over mid song and a guitar strap that just gives out while Julia Kugel sings on with determination.

But the Coathangers have more than a decade under the belts of their coordinating, customized jumpsuits, and it shows. Because even though their set is a non-stop onslaught of garagy crunch, there is a subtle pacing to it all. It’s in the balance between the songs that Kugel sings lead on and what drummer Stephanie Luke sings — that is to say, between Kugel’s pliable yops, squeaks, and whispers, and Luke’s raspy growl.

Holding everything together in her own quiet way is bassist Meredith Franco, who sticks to a quiet corner of the stage, offering occasional backing vocals to her bandmates’ wails, shrieks, and head bangs.

To underscore the pacing of the chaos, the last few songs of the set mix things up with Franco and Kugel taking turns on drums and Luke trying out guitar and just being a vocalist. Things quickly get messy, with everyone falling all over each other, grabbing each other, and Franco getting lifted off her feet and twirled around as the trio collapse to the stage in a fit of laughter.

“Rock and roll is just for fun,” says Luke. “For 45 minutes we can forget about how shitty everything is.”

Glaswegian trio PAWS are a no nonsense, no frills indie rock band. They play crunchy songs with catchy hooks, and they’re the kind of band that’s buzzy in their native UK. But so far they’re flying under the radar in Copenhagen, and their show at Stengade marks only their second visit to Denmark.

Amidst the fuzz of their existing catalogue, PAWS introduce their new single, “No Grace,” the recording of which is produced by Mark Hoppus. Perhaps it’s just the mention of his name, but the song instantly takes on a Blink-182 vibe that the other tracks don’t have. This is magnified as their vocals live have less reverb than on their recordings. Their new album is out next month, so it will be interesting to see how much of an influence the pop punk frontman has had on their sound.

To give them credit, PAWS had the unenviable position of following a band of locals whose fans/friends came out in droves but did not stick around. This could explain why, amongst their generally pleasant chatter, the band ask repeatedly if the audience are dead or alive — it does eventually produce the results of getting a small group to dance in front of the stage.

And they give back what they ask for. PAWS’s bass player, in particular, doesn’t hold still for a second, and bops across the stage and back again, throws himself forward and back in spasming motions, and somehow doesn’t break a sweat. And that’s really what you’re looking for from bands like PAWS; yes, there are plenty of other indie rock bands with solid tunes out there, but when you can get swept up in their energy, it feels unique and special every time.

Although the heavy wear on the floorboards shows that this space is more than a jar for fireflies, the size of Spillestedet, Stengade’s main room, probably doesn’t exceed that of your average middle class apartment. For Jessica Pratt, whose recent LP On Your Own Love Again was almost entirely recorded in her bedroom, it’s a good setup.

Same goes for warm-up act Cian Nugent, an instrumental guitarist out of Ireland. It feels like a school dance with a wide open space in the middle of the floor as Nugent steps around a cute couple sitting on the edge of the stage to begin his acoustic set, which garners little reaction, if any, from anyone. This is partly due to the fact that Nugent is a noodler — a highly skilled one, but a noodler nontheless — and it’s difficult to tell whether he’s actually starting something. He specializes in vast-feeling folk compositions that occasionally get lyrical accompaniment but are more often built upon with these impressive technical flourishes. One moment he’s picking through the spectrum of a particularly pretty chord and the next he’s ripping a brassy tone straight out of the Chuck Berry book of licks. And in those moments it may be a secret that his songs do follow some sort of blueprint. I only get smart to it 25 minutes in when I notice myself hanging on every note. Nugent eventually gains the respect of the room, which is about three-thirds full by the time he politely says, “See ya later.”

If you weren’t near the front row just 15 minutes later, you probably didn’t see Jessica Pratt take the stage because you couldn’t for the head of someone’s boyfriend who decided to stand directly in front of you. At this point the place is packed and stays that way for the rest of the show.

While Pratt’s set is certainly one you want to be there for, it’s one of those shows you can content yourself with just listening. Pratt is “the darling in a hidden shroud” from her opener “Wrong Hands,” both in text and performance. The minimal lighting amounts to the stage being washed in a dark green cloud of dry ice. In the middle of it is Pratt, plucking away at patterns “in my mind, in my mind.”

But that doesn’t mean she’s simply turning over recorded material for us. She’s joined by Cyrus Gengras, another musician quietly based in Los Angeles. On “Night Faces,” the clean sound from his electric guitar swells to bring out the warmth of Pratt’s intricate acoustic phrasing, which could otherwise just as easily fade into the knot of some emotive chord. It’s dream pop at the ground level, where the reverb is still cave deep and the melodies clear like emeralds. But you can’t deny the tenderness with which Pratt and Gengras hold every note. That’s where we are, through to the end of the set, in the palms of their hands. Listen and you’ll hear it, during the encore, in the very last song, “What I have in my hands is, it is worth a million in gold.”

There is something particularly interesting about watching electronic artists interpret their work live. It’s never certain whether you’ll get a full band or someone with a laptop. With Son Lux (né Ryan Lott), touring for the first time ever with a backing band. His sold out show at Stengade — and first ever show in Copenhagen — saw him accompanied by a drummer and guitarist in what was only their 18th show together.

Interpretation is really the way to look at the set. While the basics of all of Son Lux’s  songs were there, thus making them each readily identifiable, the listening experience was still completely different from his albums. The biggest changes in dynamics come from the guitarist; as recordings, these are not guitar-centric songs, so the moments when the distortion is hit the hardest have a dramatic effect.

Then there is Lott himself: Limited to the space behind his keyboards, he is strangely compelling to watch. He often has his arms raised aloft — perhaps the only bit of him that can be seen from the back of the packed room — or moves in jerky motions to match glitchier music. Even during his quieter songs, he dances with with an enthusiasm that doesn’t quite match up but is infectious all the same.

One of the biggest shocks, however, is his voice. The whispered fragility of the vocals on his records, bolstered there with dozens of overdubs, gives no indication of just how strong his voice really is. Not only is it resonant and often emotive, but it carries through the cadences in the songs where the other instruments fall away and, as another example, when he comes back alone for the encore to play a minimalist version of “Lanterns Lit” Lott has a clear idea of how he works as a recording artist and as a live performer, and he knows how to execute each. His show might not be flashy, but it’s still an experience.

A good punk show is always just a little bit shambolic, and what makes Atlanta punk trio
Glaswegian trio PAWS are a no nonsense, no frills indie rock band. They play crunchy songs with
“Hey guys, any good concerts this week?” You bet. As the days get darker and colder the gigs 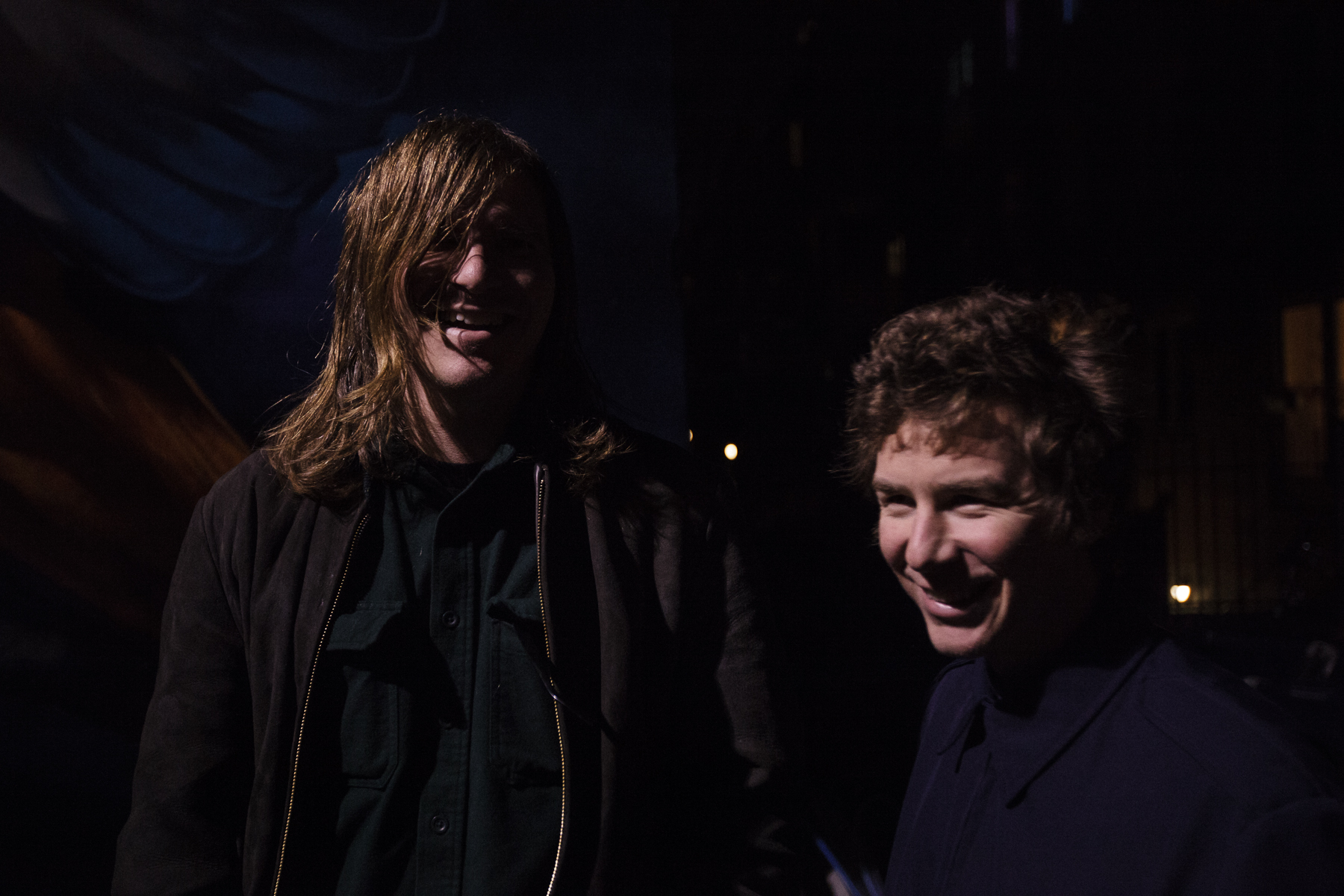 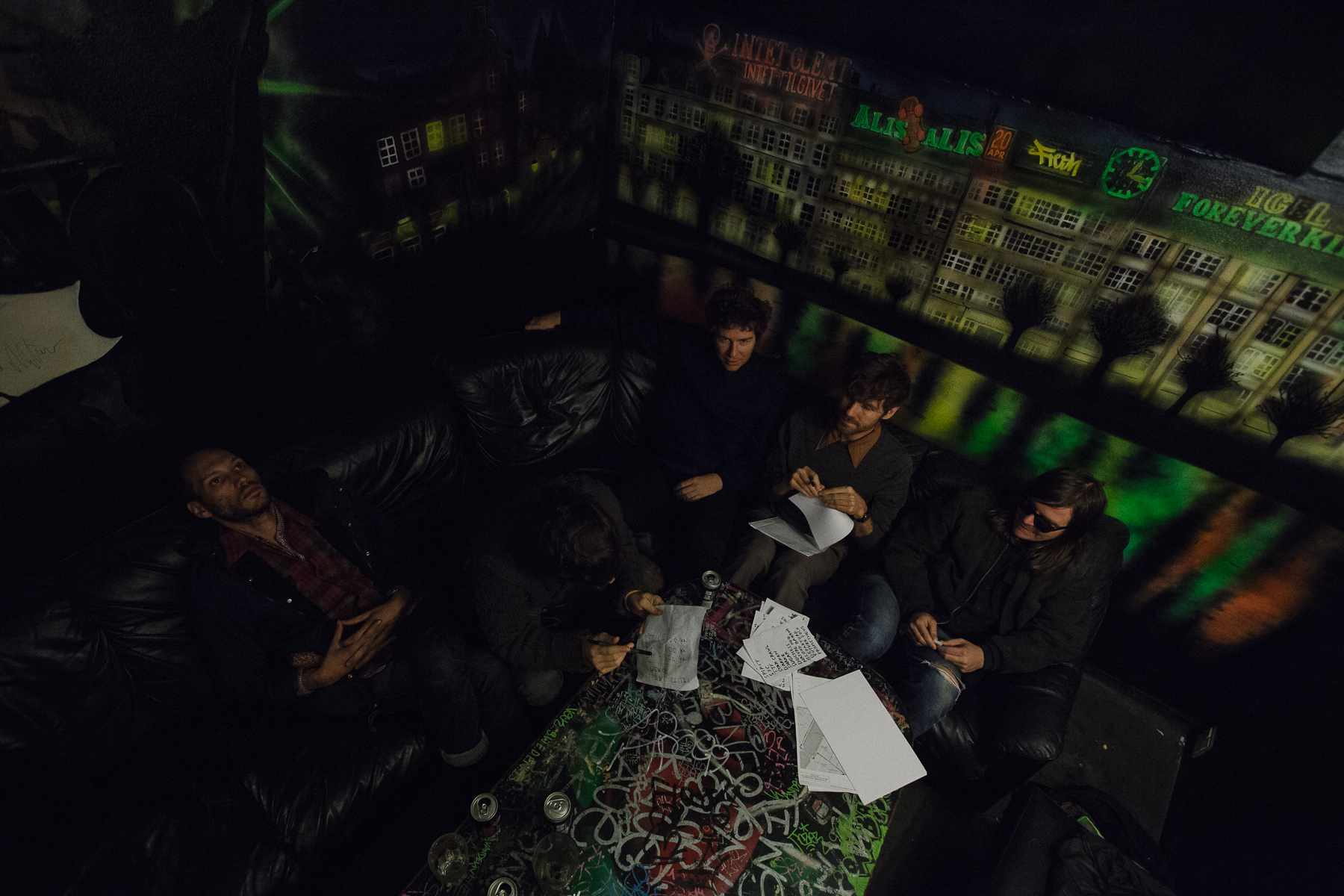 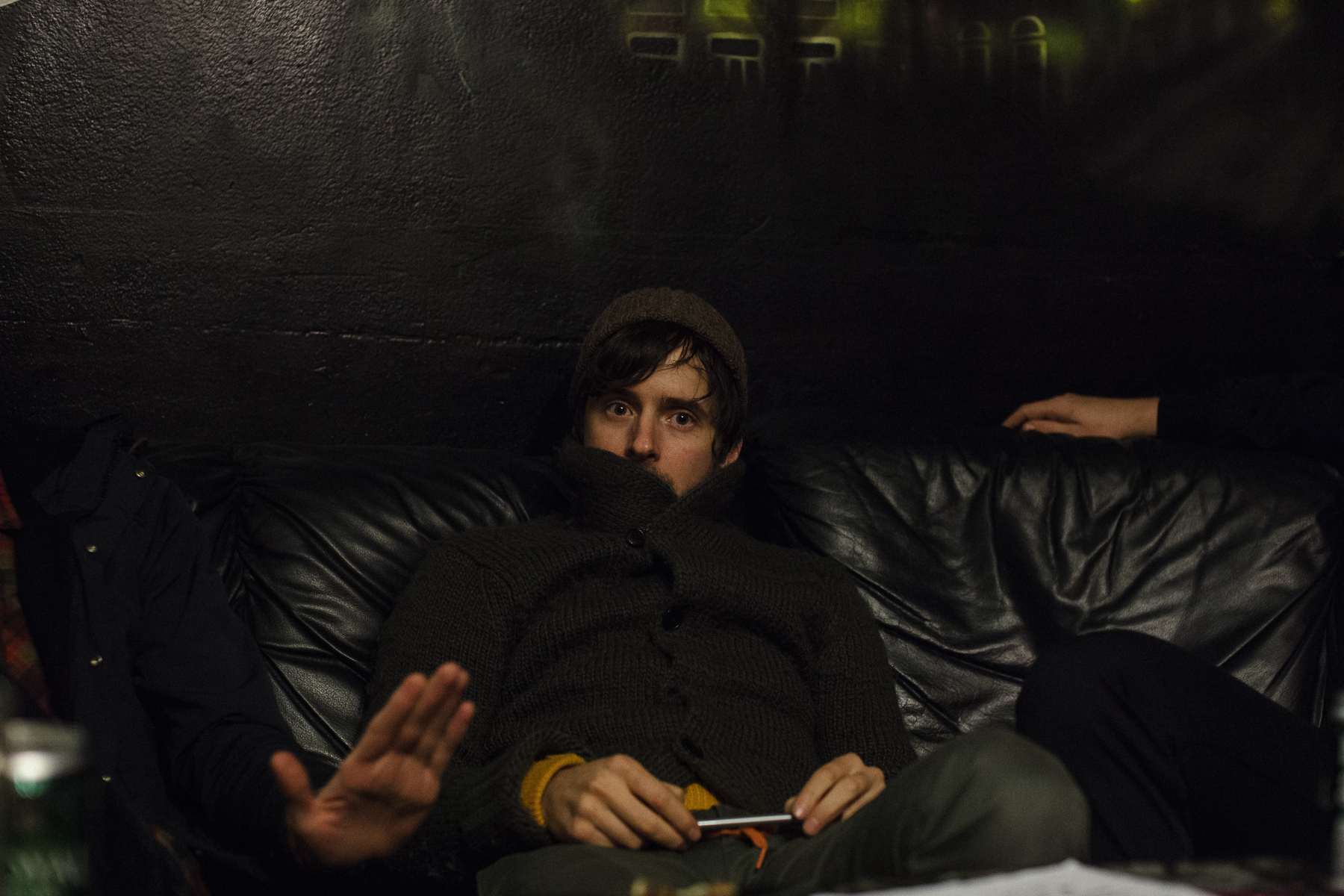 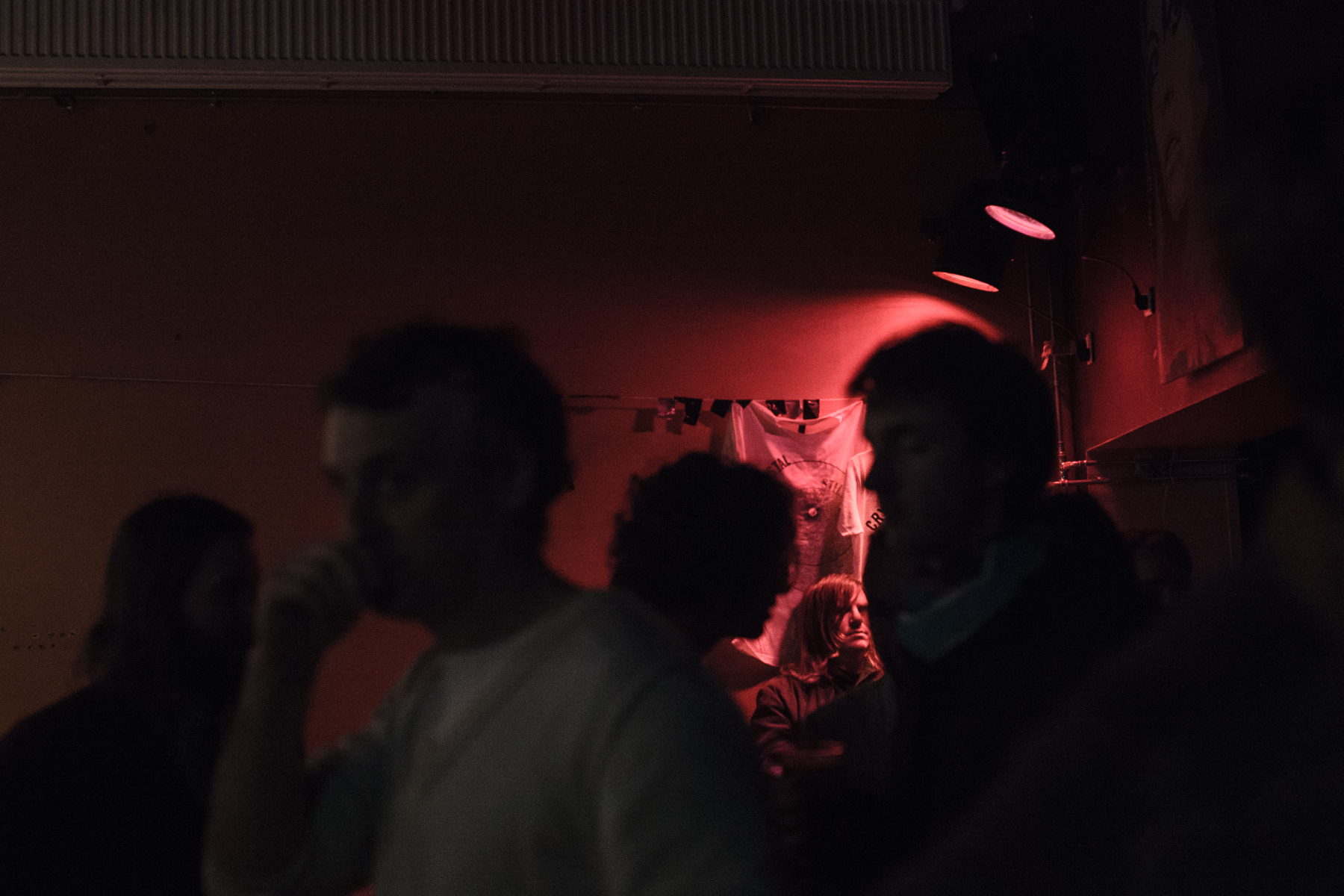 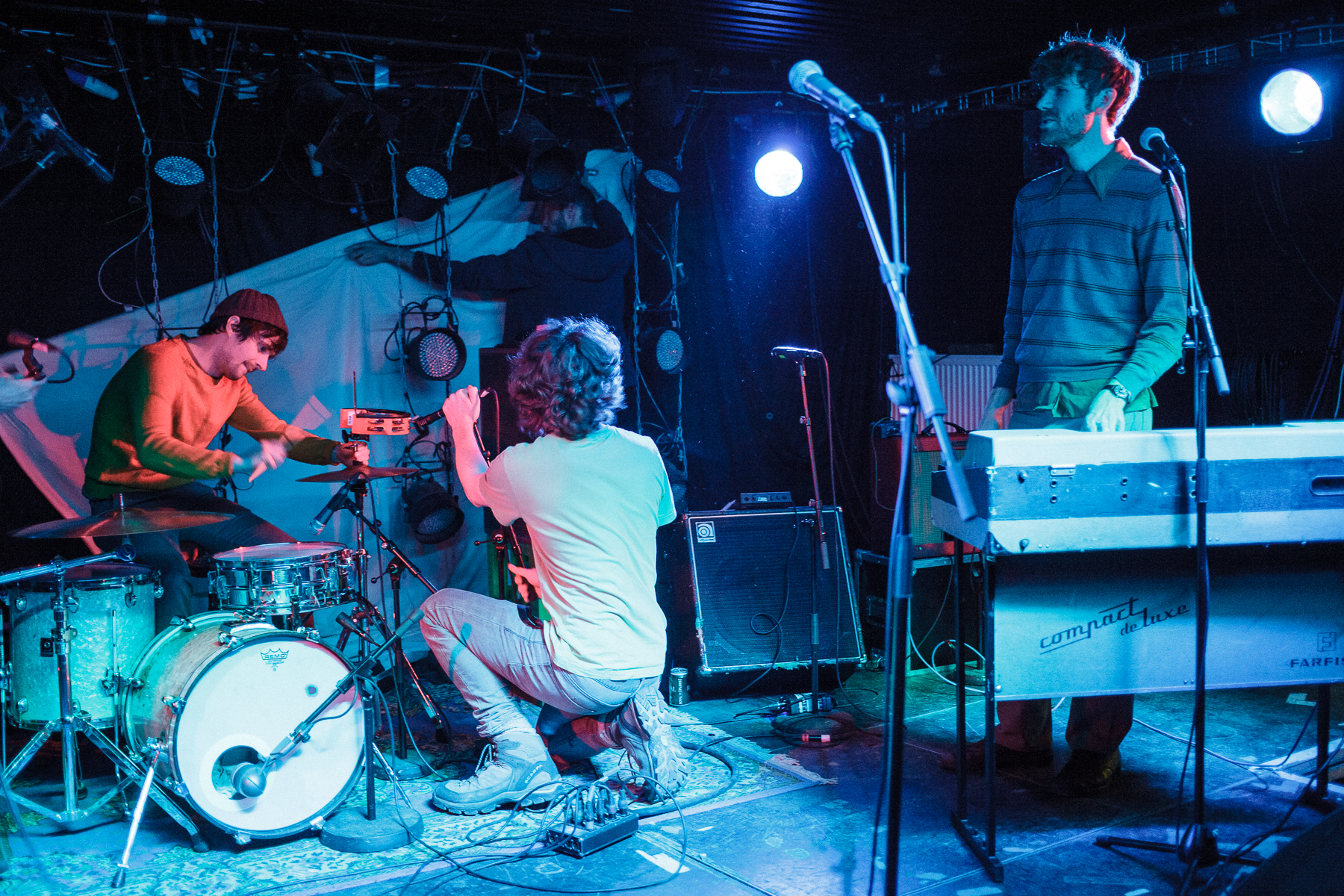 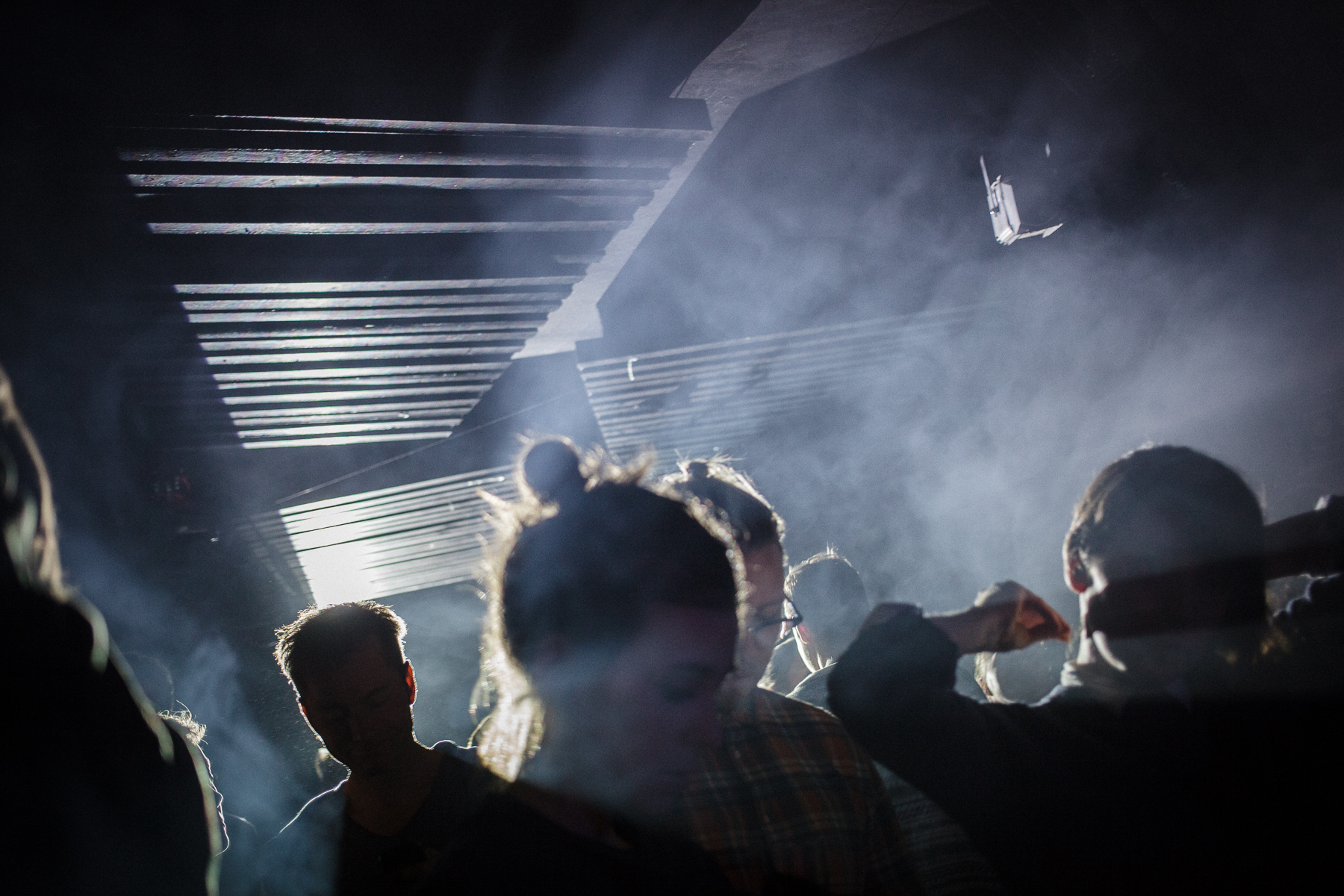 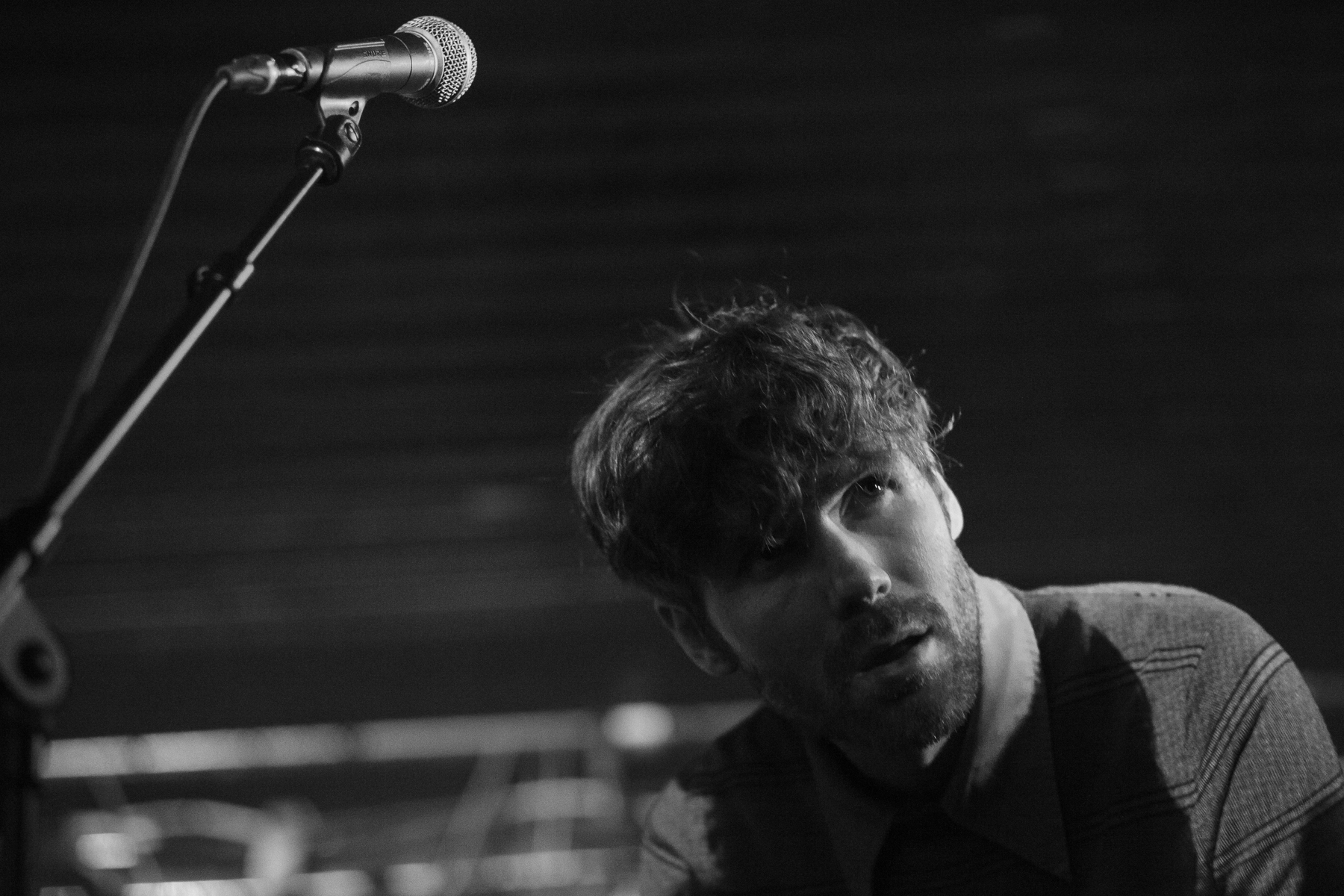 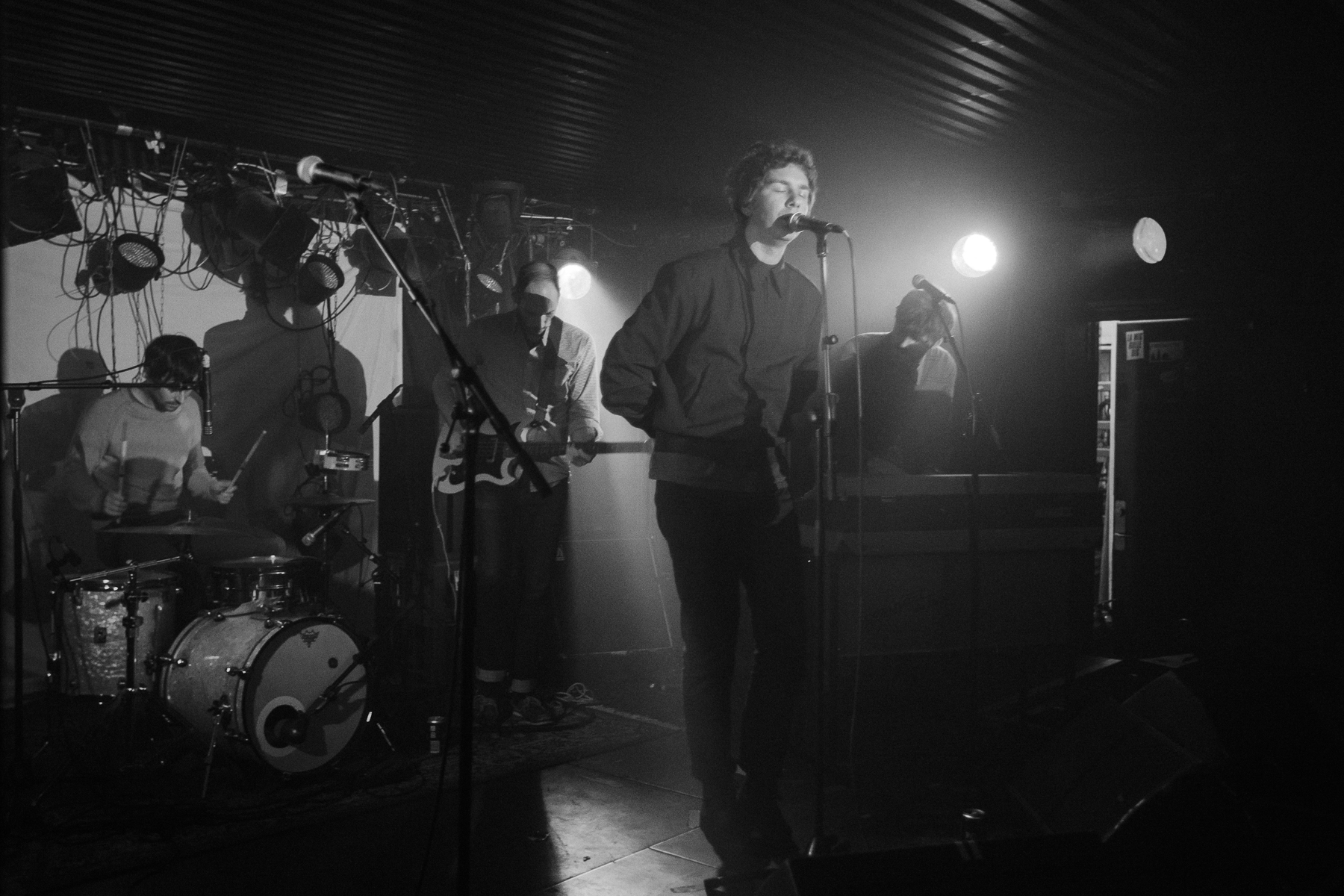 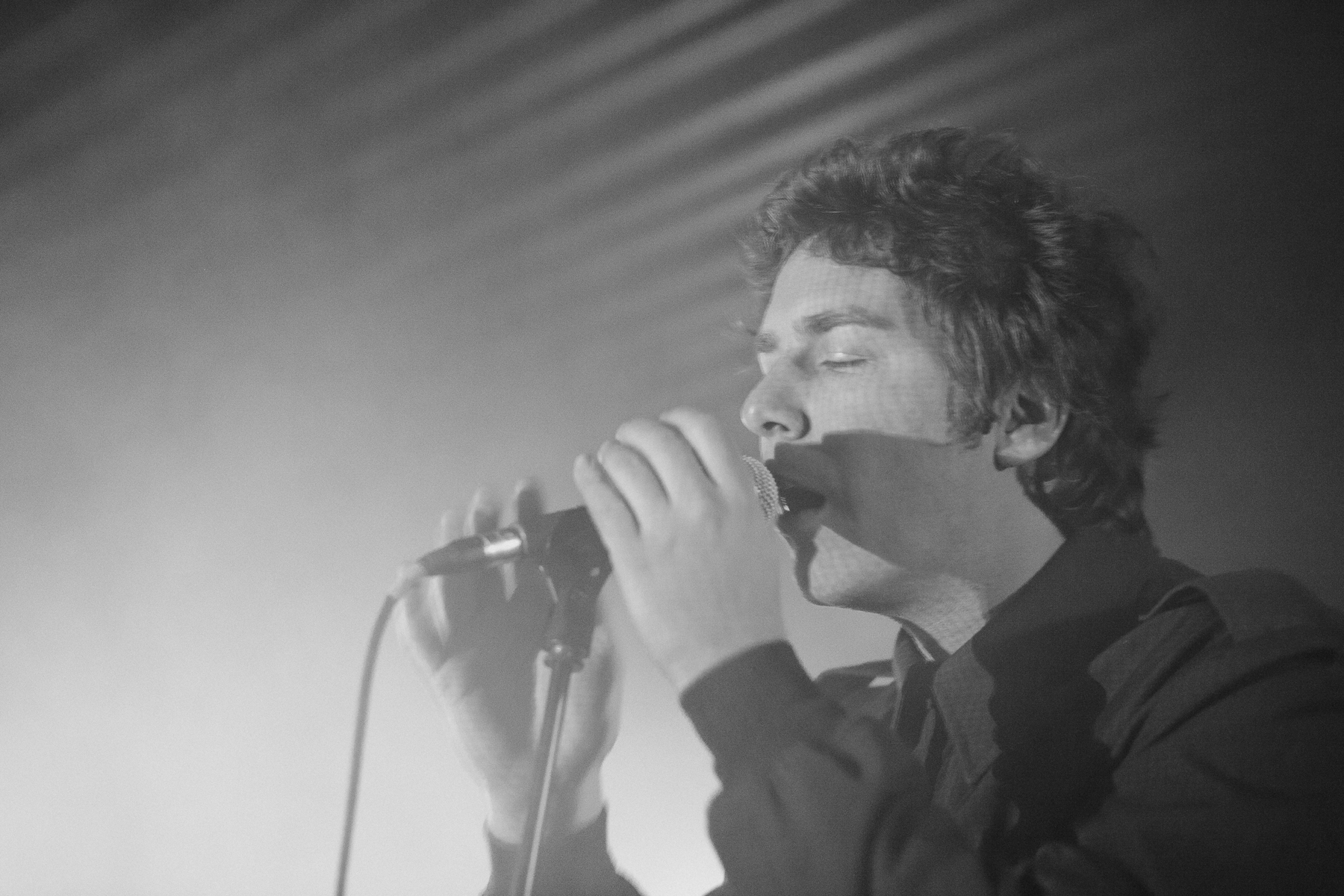 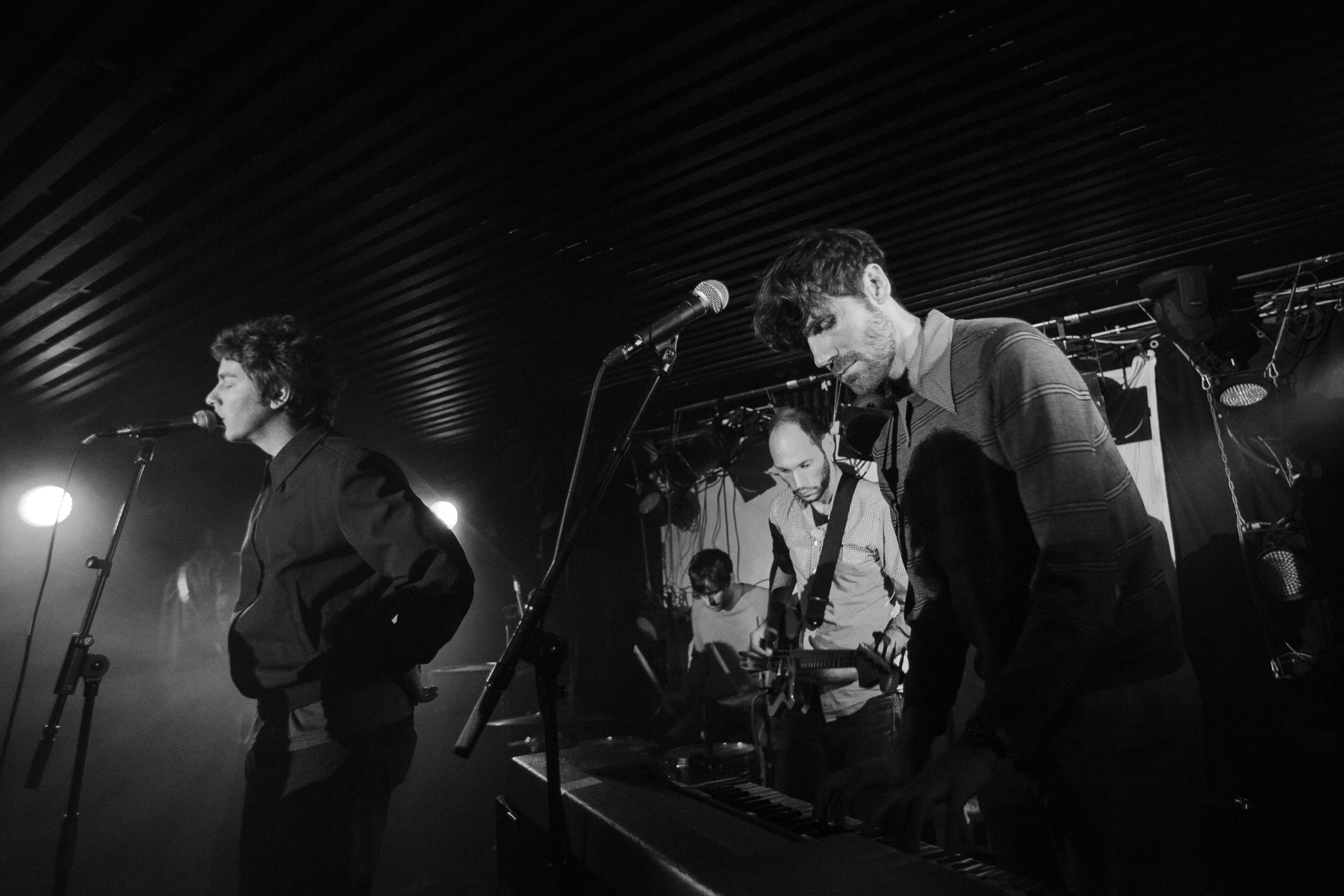 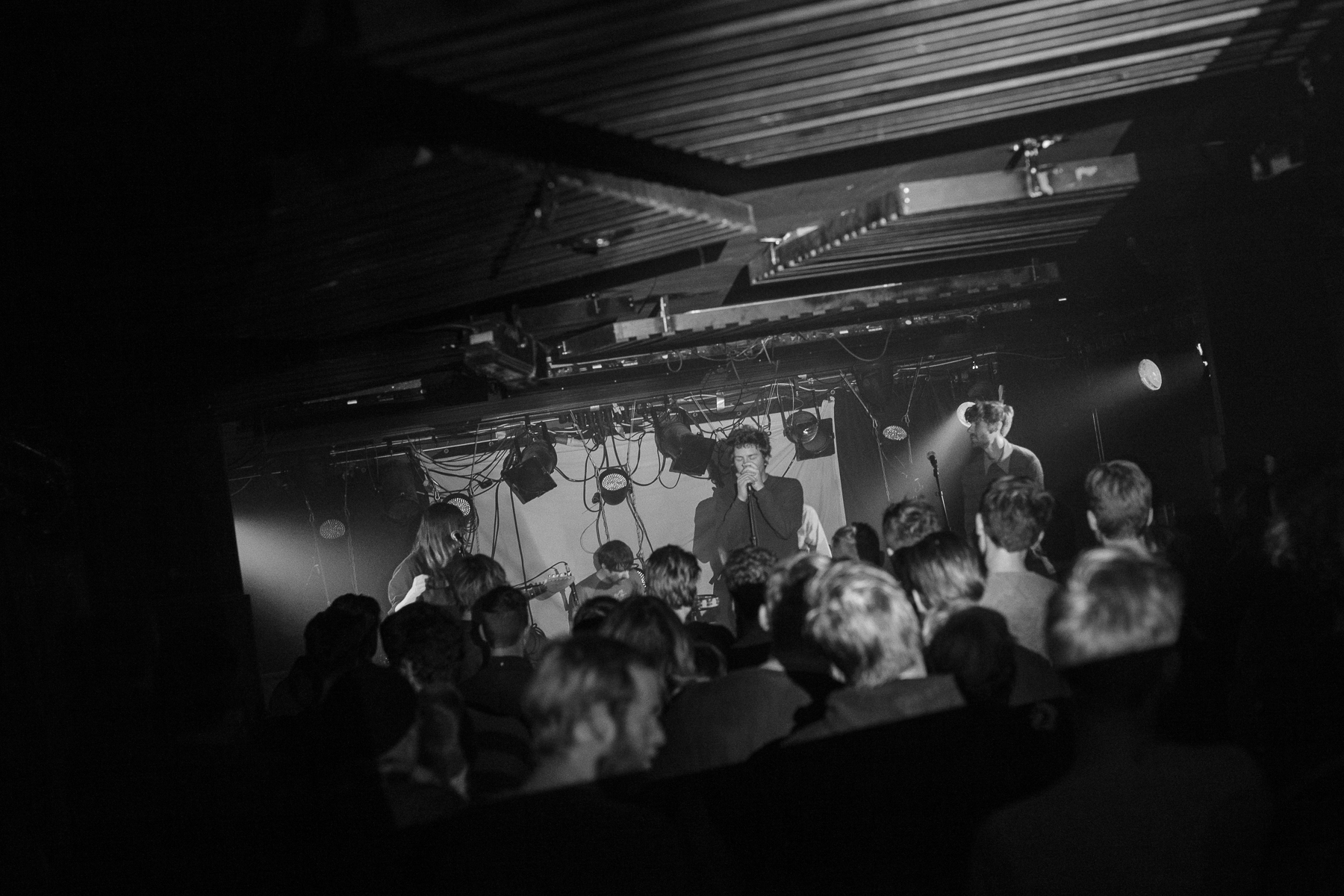 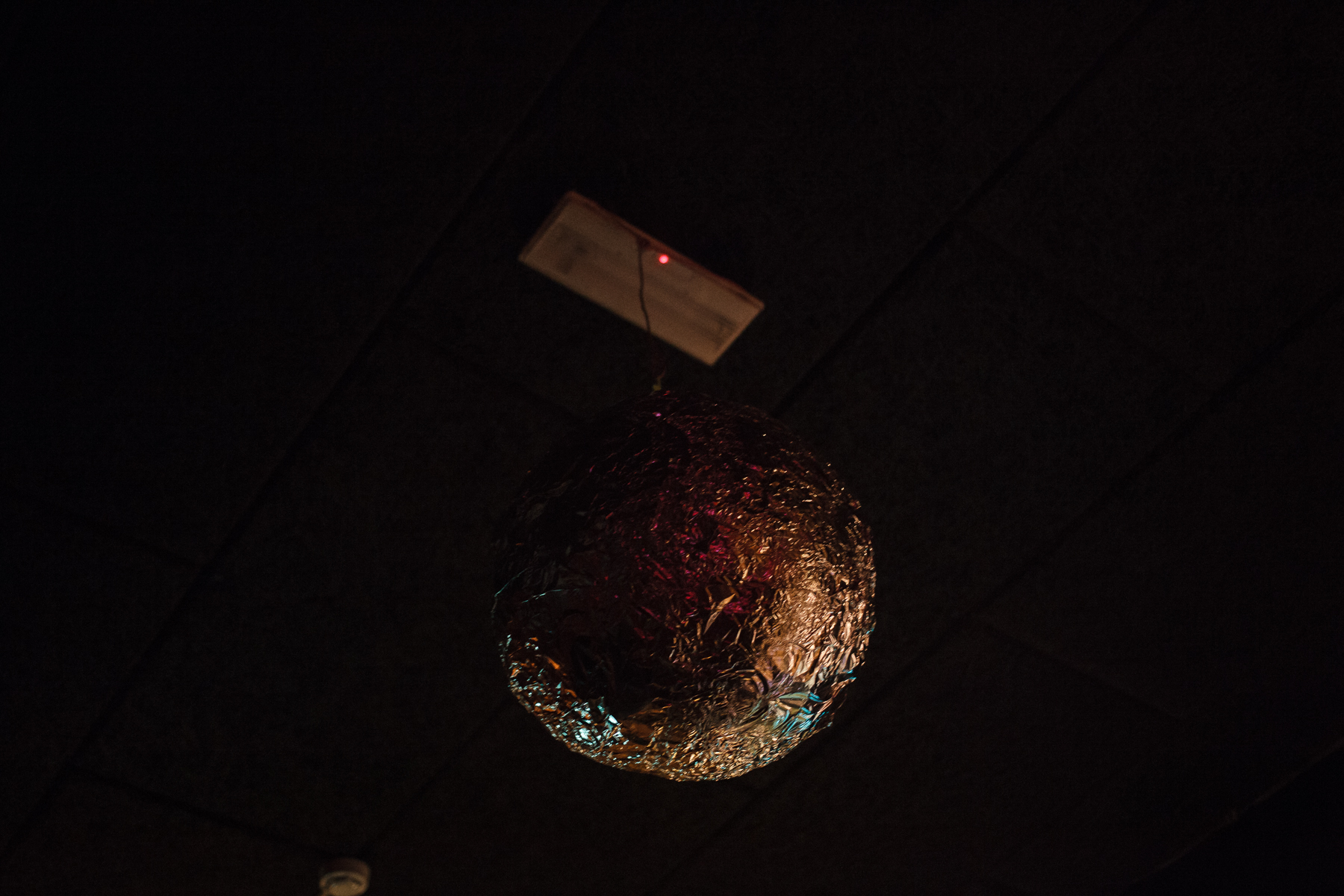 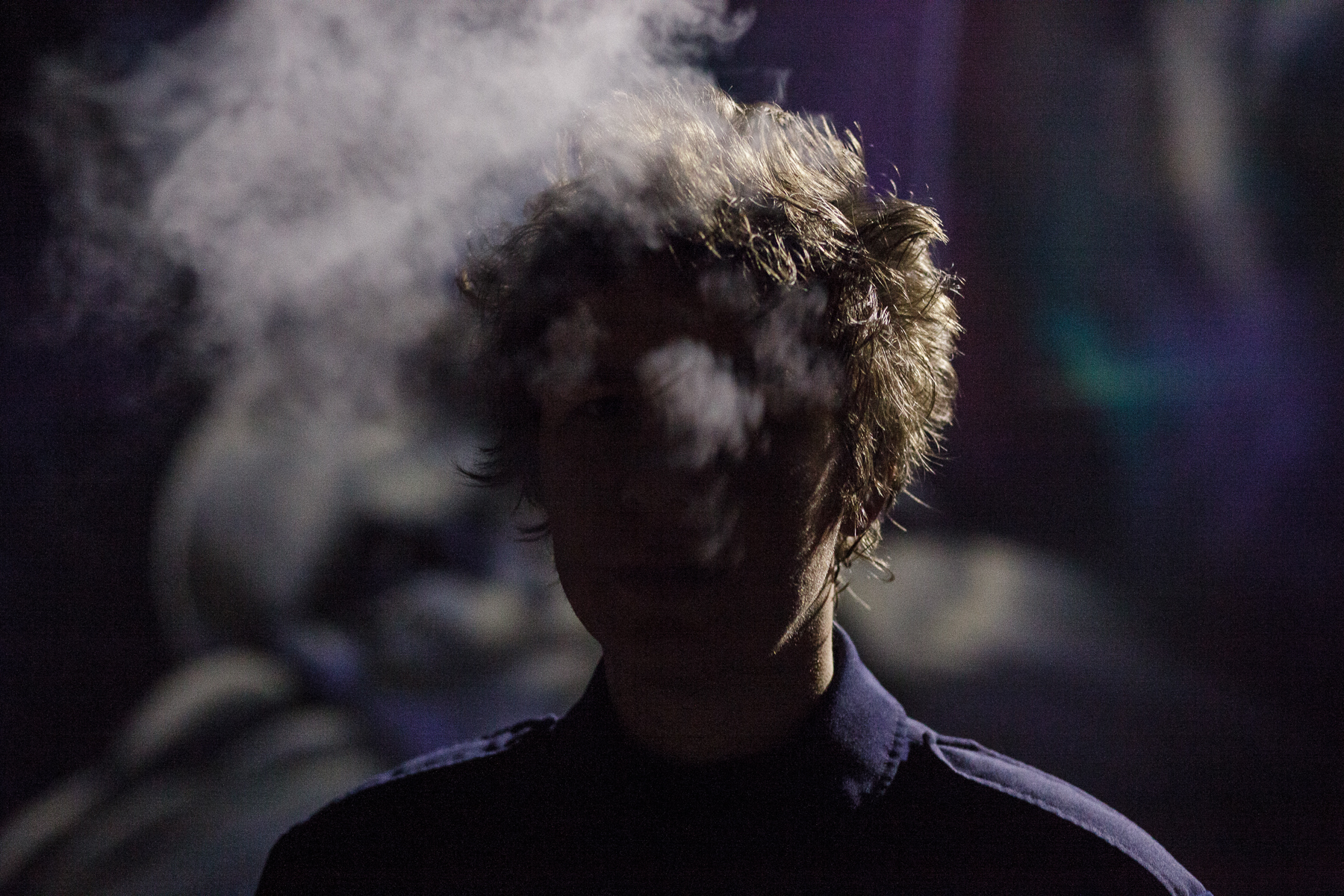 A good punk show is always just a little bit shambolic, and what makes Atlanta punk trio
Glaswegian trio PAWS are a no nonsense, no frills indie rock band. They play crunchy songs with
Although the heavy wear on the floorboards shows that this space is more than a jar for 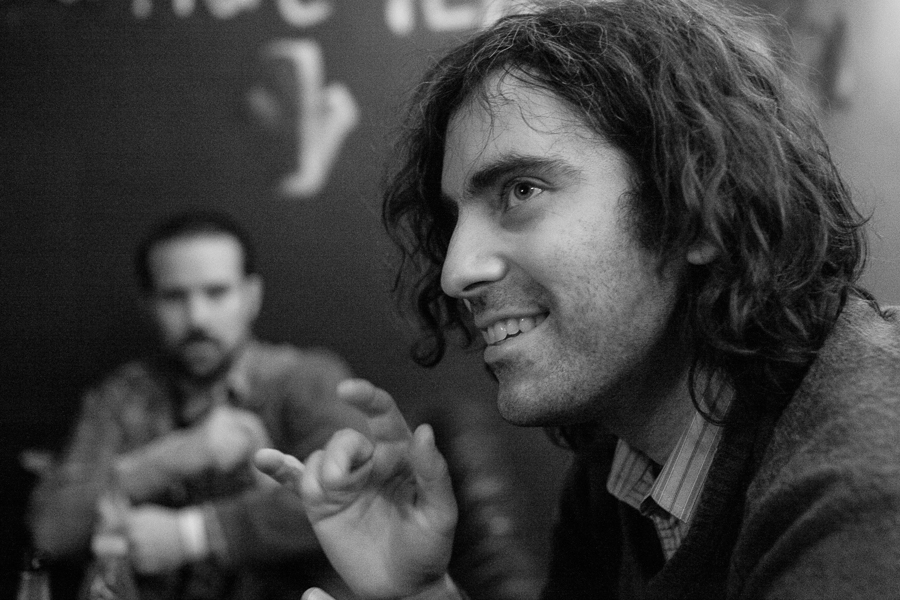 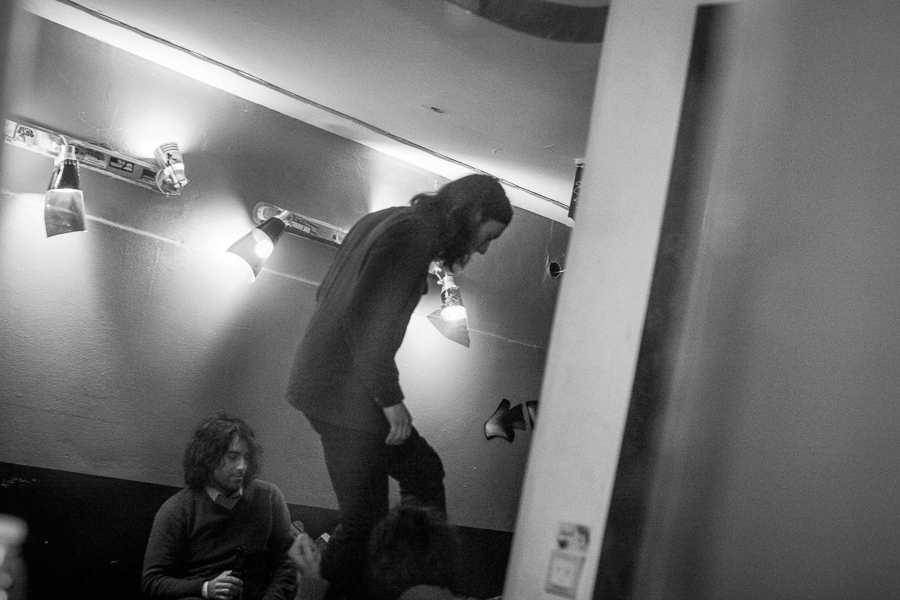 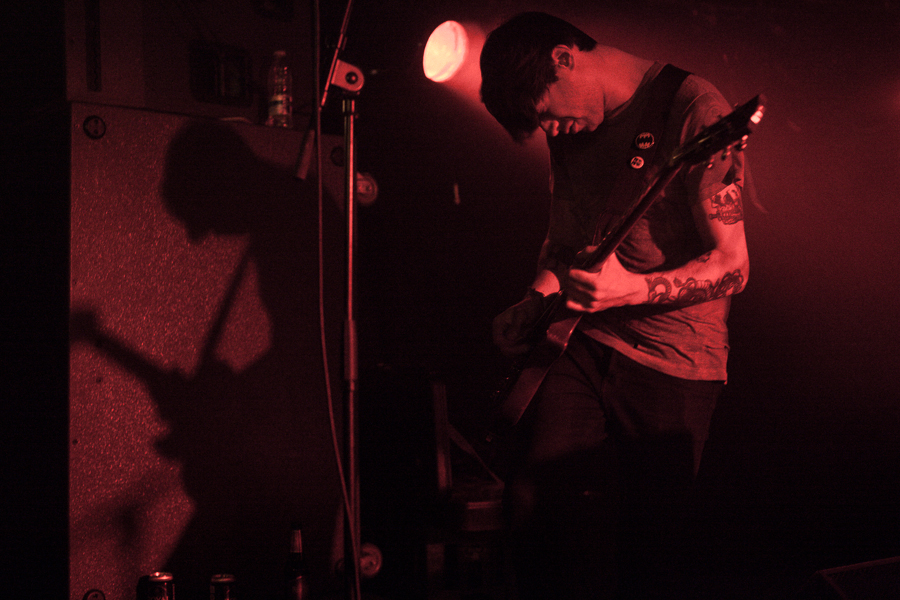 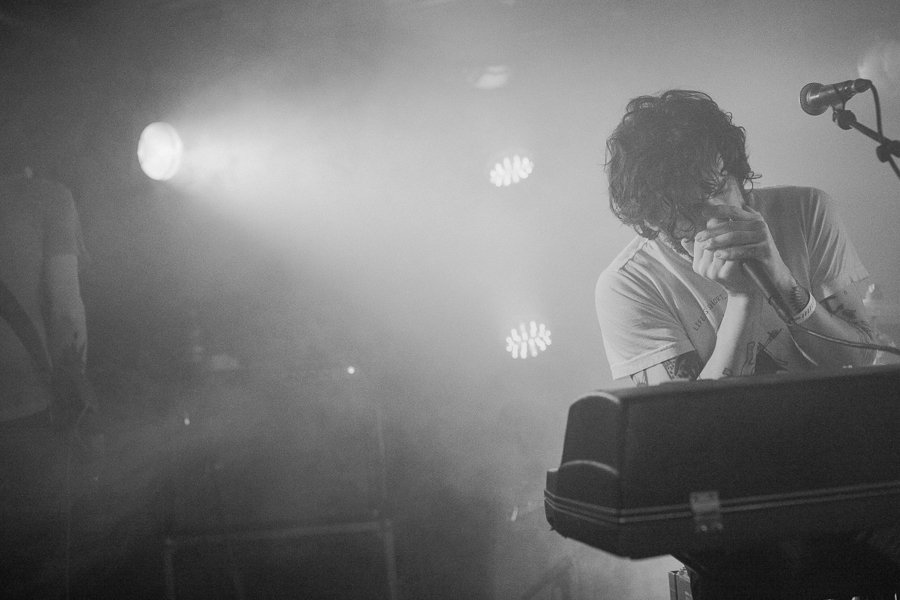 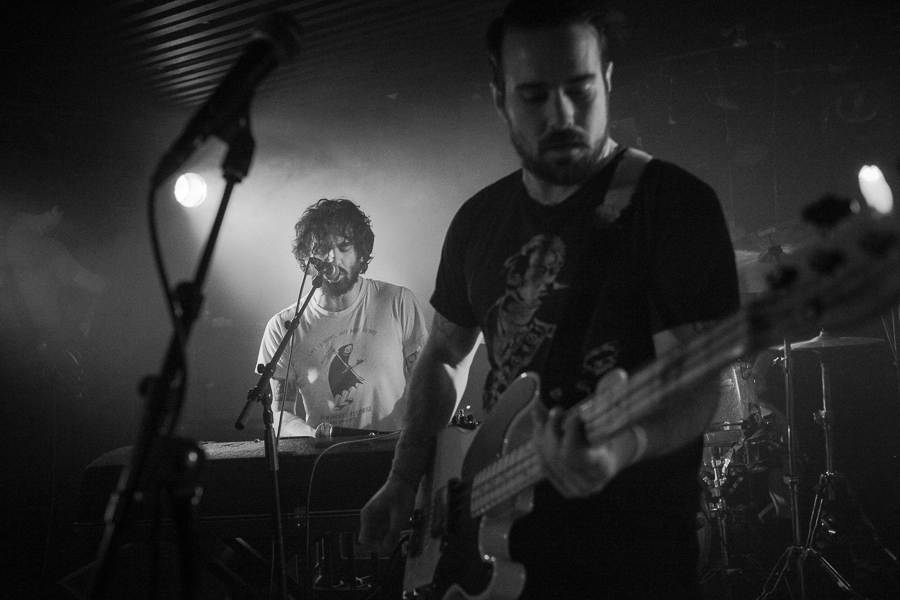 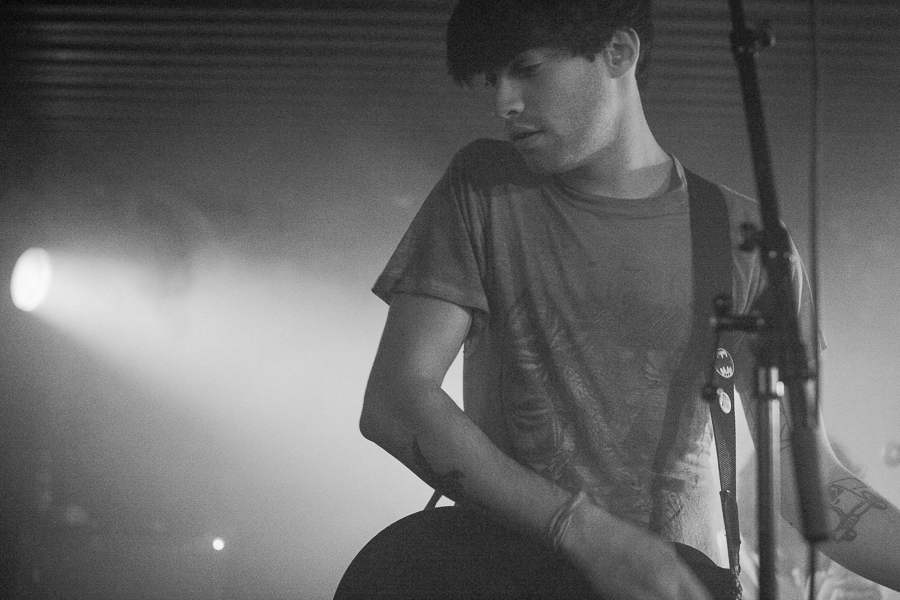 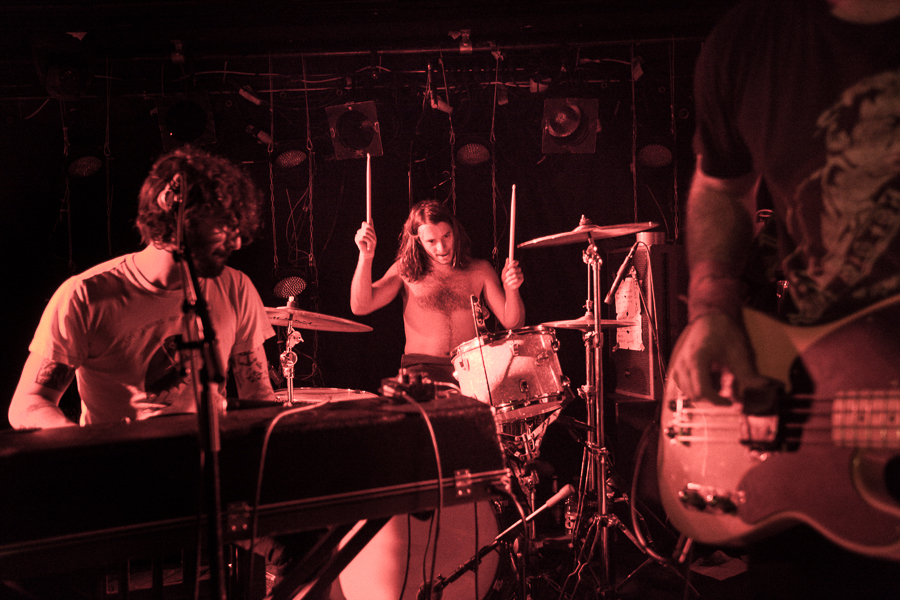 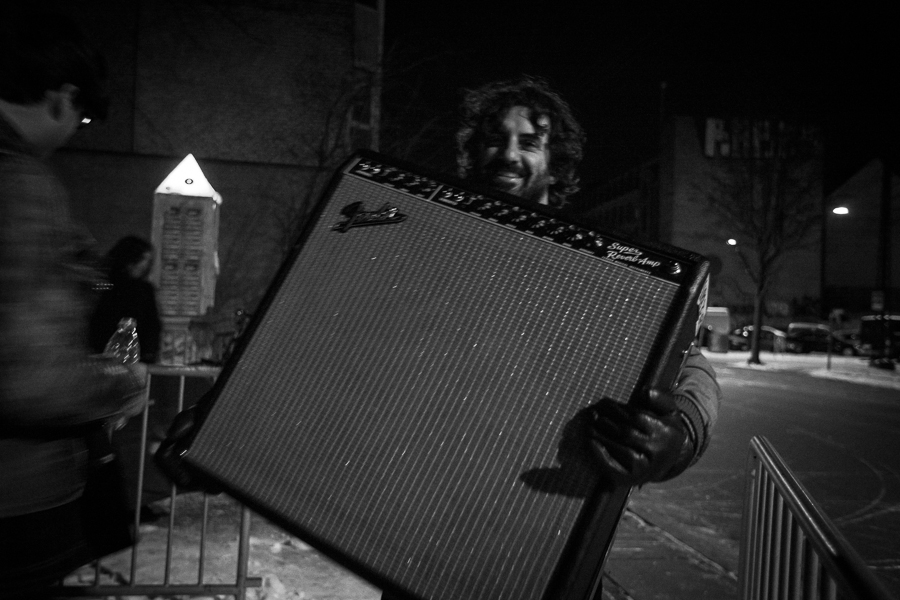 A good punk show is always just a little bit shambolic, and what makes Atlanta punk trio
Glaswegian trio PAWS are a no nonsense, no frills indie rock band. They play crunchy songs with
Although the heavy wear on the floorboards shows that this space is more than a jar for
Go to Top