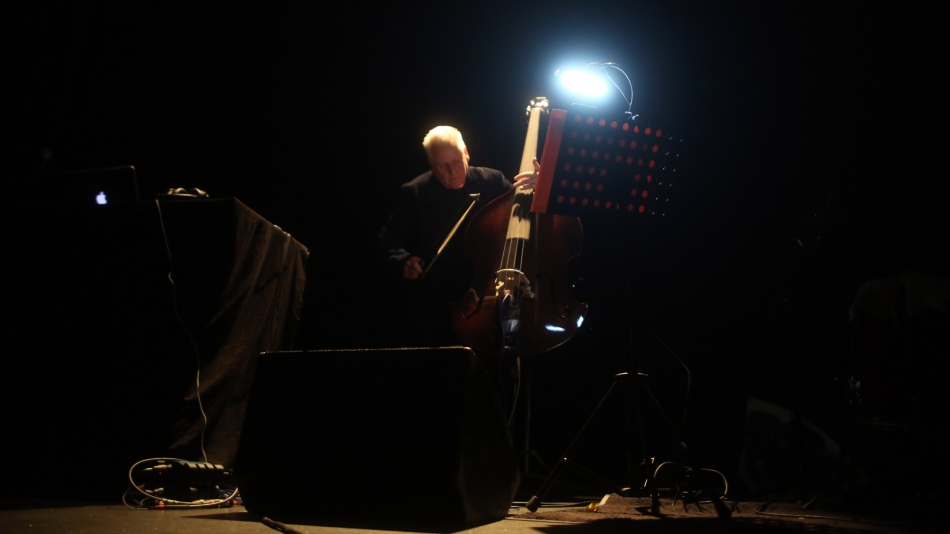 In lieu of a supporting band for their show at Koncerthuset, Sunn O))) had a fog machine for an opening act. At precisely 21:00, the fog machines switched on and gassed the first few rows of people with curiously warm smoke that smelled of cedar.

Twenty minutes later, so much smoke had filled Studie 2 that no one seemed to notice that the overhead lights had switched off. Indeed, the slow rumble of applause through the crowd as the band took the stage suggests that only context clues alerted those at the back of the room that Sunn O))) had appeared in their monastically-robed glory.

The impact of the first notes is a shock. First it’s the noise, then the sudden thud that rolls through your body and compresses your breathing. With smoke still pouring from the fog machines, I’m grateful that the emergency exits are clearly visible even through the haze.

But once the initial shock wears off, the noise is lulling in the way a thunderstorm is lulling. There is the occasional, startling crash of noise, but everything is so slow and deliberate — from the guitars to the way the band members pass around bottles of wine — as to become strangely comfortable. Even Attila Csihar’s voice, whether he is singing in a Gregorian chant style or growling, is soft, albeit sinister. 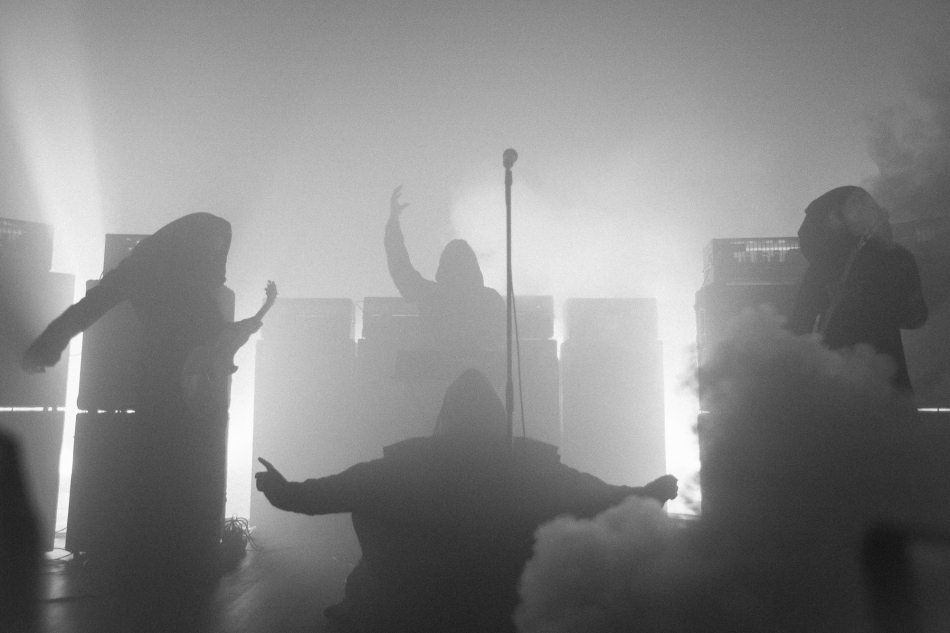 Sunn O))) has a physical presence unchallenged by any piece of music I’ve ever experienced. The music is like a living creature breathing, shaking you clothes, making your insides vibrate and threatening to tear the room apart. Mostly it’s luring from beneath, like a volcano, but at times manic outbursts pierces through. The room becomes the instrument of Sunn O))) – the sound waves clashing and taking new shapes, the walls rattling. Imagine being a tiny insect lost on the engine of a giant truck and then suddenly the engine turns on, that is more or less how it feels to enter a Sunn O))) concert.

There is a shift just after 23:00 when Csihar, after an absence from the stage, returns not in his monastic robes but in a Hyperion-inspired, mirror-armor cloak with spike crown and purple LED lasers shooting from his hands. His movements and voice are unaltered, but now there are beams of purple light cutting through the smoke.

When the evening comes to a close, with Sunn O))) raising their hands aloft and the audience mimicking their movements, it suddenly becomes apparent how draining this show has been. At just shy of two hours, the unbroken noise is demanding for the band and demanding for the audience. It’s an unparalleled experience, but I’m reasonably certain permanent damage has been done to three of my five sense. 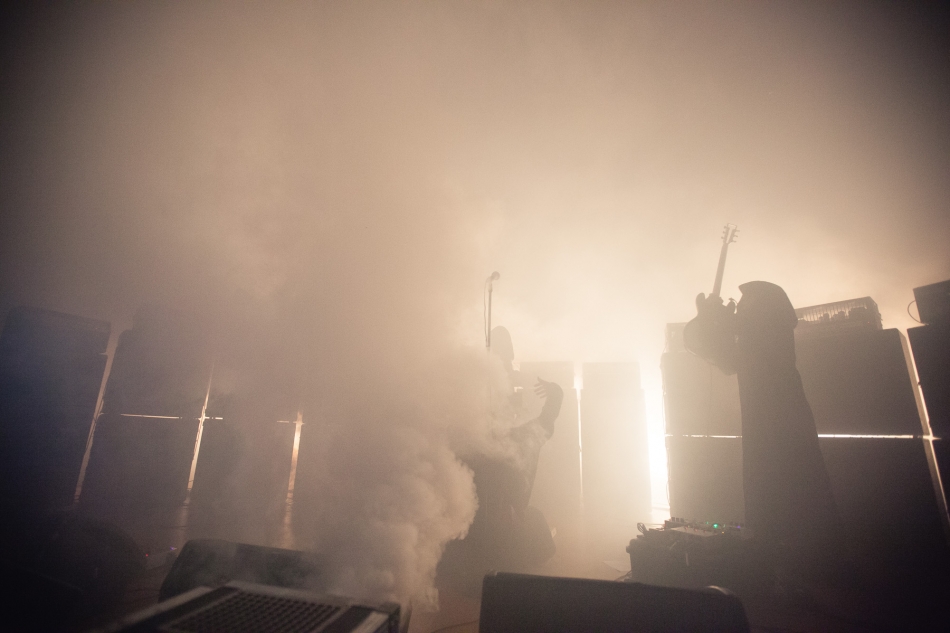 On Saturday, August 15, Studio 2 in DR Koncerthuset will likely be the loudest place in Copenhagen. If you are open to musical experiences that are a tiny bit more demanding than [insert almost any band name here], it’s also likely to be the best place to be on Saturday. Why? At sometime around 21.00 Studio 2 will start filling up with dry-ice and when the fog thickens Sunn O))) will appear. Named after a guitar amplifier Sunn – which has the logo O))) – Sunn O))) has been rumbling the underground for 16 years with their own special breed of drone metal and released six studio albums. They are also a band of many collaborations.

Last year’s unlikely yet in some ways obvious collaboration with Scott Walker made many end of year lists (including ours). The album, Soused, was released to near universal acclaim, despite virtually non-existent promotional support on the part of the creators. Scott Walker famously hasn’t performed live since 1978 and his public appearances are close to none (in a rare interview with The Quietus, he opens up about the possibility of performing Soused live, so we’re holding our breaths, however ill-advised that might be).

There are still a few tickets left at 295kr (including fees). You can buy them here. If you’re willing to risk your eardrums (though of course we recommend earplugs), it promises to be an unforgettable evening.